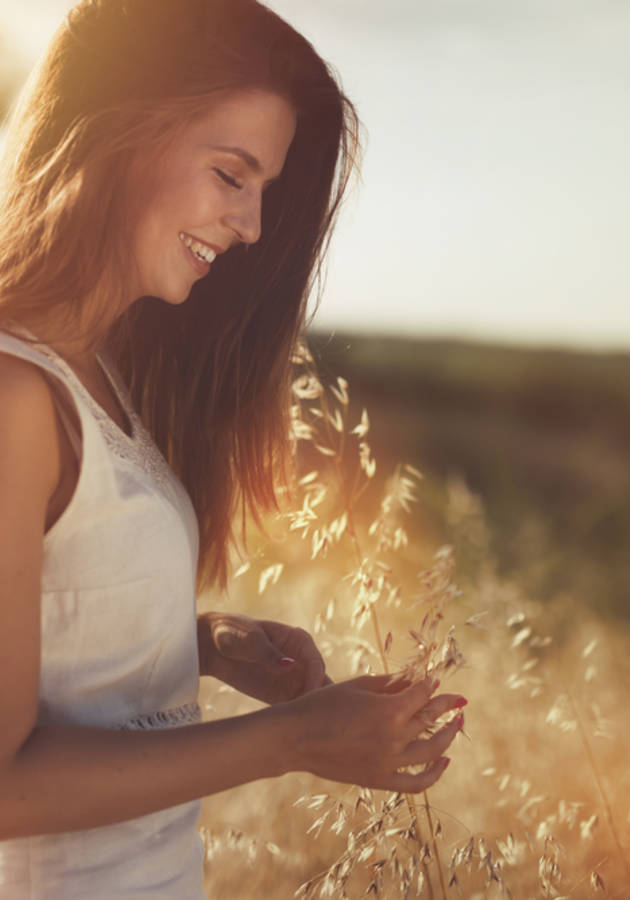 This microbook is a summary/original review based on the book: Focus on the Good Stuff: The Power of Appreciation

Unless you are a diehard baseball fan, you have probably never heard the name of Mike Robbins, and yet, just a few decades ago, all signs pointed in the direction that he could one day become a baseball star. Coveted draft pick – even turning down the New York Yankees right out of high school – Robbins played baseball for Stanford University, made it to the College World Series, and spent three seasons as a pitcher in Major League Baseball for the Kansas City Royals between 1995 and 1997. But, then, in the middle of his third season, Robbins’ life changed abruptly when he “blew out” his elbow and, as he says, “threw his last pitch as a professional baseball player.”

It was a devastating blow to Robbins: not only he had cultivated a career in baseball for most of his life, but also, well, he loved the game from the bottom of his heart. However, just one week later, during a so-called “baseball chapel” in the Royals’ locker room – a short bible study and prayer service led by a local minister a few hours prior to each Sunday game – while listening to an inspirational story about Willie Mays and the power of appreciation, Robbins realized that he might be better suited for a different, more humane, calling: not to become a better baseball player, but to become a better, happier human being.

Unsurprisingly, after several operations and hundreds of hours of physical therapy two years later, on February 7, 1999, when Robbins finally retired from baseball at the tender age of 25, he could point to this “baseball chapel” as the highlight of his career, a sort of life-defining moment. His only regret from his 18 years in baseball: not having fully appreciated himself and his experiences while they happened. He decided to change that – and help others achieve the same.

His message is rather simple and is in his book's title: “Focus on the Good Stuff.” Robbins relates it via a nicely structured book, divided into three parts. The first one addresses the “problem” of negativity in modern culture, the second one focuses on the “solution” and the five principles of appreciation, and the third part is all about action and integrating the first two parts in your life. Allow us to sum them up for you!

Our obsession with bad stuff and the problem of negativity

Unfortunately, we are programmed to be obsessed with bad stuff. For the largest part of our evolution, it made evolutionary sense: focusing on the greenness of the savannah and ignoring the lions lurking in the grass is not a wise strategy to remain alive, is it? But the question Robbins scrutinizes in the first part of “Focus on the Good Stuff” looks a bit different and, to rephrase it using our analogy from above, it goes something like this: does it make sense to be obsessed with lions – both the literal and the figurative ones – today, in the 21st century?

Of course it doesn’t. And yet, there is such a great deal of negativity in our culture that it is almost impossible to protect yourself from it. Not only the news contributes to this, by reporting predominantly on terrorist attacks, horrific accidents, and economic collapses, neither exclusively the politicians, which always describe during campaigns the apocalyptic scenario awaiting humanity if they are not elected;; but the ubiquitous and deceptively feel-good advertisements as well.

Even though much more subtly, ads  too regularly remind us of how bad the world is, by telling us implicitly that we are unattractive or fat, that our families are dysfunctional, and that we can’t be satisfied with a home that doesn’t include a certain type of TV, microwave or AI helper.

The bigger problem with pervasive cultural negativity is that it impacts on a personal level. Before we notice, the negativity spills out from our smartphones and TVs to our conversations and thoughts and transforms into gossip, judgmental opinions, and hateful remarks. From thereon, as one can only expect, it turns against us, transforming into “the most insidious and damaging type of negativity”: self-criticism. Because, after all, if you speak ill of someone, someone else might speak ill of you, right?

A technique to transform negativity

According to Robbins, the following technique should give you “a specific and tangible way to confront, address, and transform your negativity.” It consists of no more than five steps that you should practice soon and often – but especially before important meetings, family gatherings, and other events that might create intense negative thoughts or feelings within you:

Step 1. Acknowledge all your negative thoughts and feelings honestly. The best way to achieve this is if you share them with someone you trust. As any psychologist will tell you, shared internal conflicts – insecurities, fears, or lack of self-confidence – are partially subdued conflicts as well.

Step 2. Create a clean slate. The goal of the second step is to make sure you got rid of all the negative thoughts and feelings out of your system so that you have a clean slate on which you can subsequently create. Your person of trust can help you achieve this by repeating back your negative thoughts: they sound a lot less daunting and familiar when you hear them from someone else.

Step 3. Change your physical or emotional state. Now that you’ve cleared out all the negativity, do something loud and strange to signal the change more completely. Yell, jump, or make a sound or movement that gets your blood pumping and gets you a little fired up. Robbin’s favorite: “a nice loud Tarzan yell.”

Step 4. Verbalize and visualize what you want. At this point, free from negativity and in an altered physical and emotional state, you should be ready to create. So do: say your intentions out loud or write them down. But, be positive. Don’t say things such as “I don’t want to screw it up,” or “I hope it’s not too bad.” Instead, say things like, “I want to feel totally comfortable, alive, and inspired,” or “I want them to offer me the job on the spot.

Step 5. Let it all go. Now that you’ve gone through all of the four steps above, it’s time to relax a bit. Let everything go, trust yourself, and just be in the moment.

The five principles of appreciation

Even though it may seem both banal and tautological, life is better when you appreciate it. To exercise appreciation, you just need to follow five principles, designed by Robbins “to empower you with new ideas, perspectives, and practices for bringing greater appreciation, success, and fulfillment into your life, your relationships, and your communities.” In addition to describing them, we’ve also included Robbins’ lists of “positive practices” for each of these principles in our summary – so that you can put them into practice today.

Principle No. 1: Be grateful

The world isn’t as bad as you think it is: it’s just that you’re not paying attention to the good stuff. The same holds true for your life: just spend the next 10 minutes thinking about all of the things you have and other people you know don’t, and you’ll realize how much you have to be grateful for. “Gratitude creates success and fulfillment in our lives,” writes Robbins. “Being grateful for all that we have leads us to attract and create more things to be grateful for.”

To be more grateful in your life:

Ask people what they’re grateful for.

Use a gratitude rock.

Despite four “positive gratitude practices” being self-explanatory, you might need a bit elucidation with the fifth, which Robbins borrows from Rhonda Byrne’s book “The Secret.” It’s quite simple: all you have to do is find a crystal or small rock and always keep it in your pocket or purse. Now, every time you accidentally or purposefully touch the object – remind yourself of something you are grateful for. That’s it.

The positive practices to integrate this principle into your life are the following five:

Use the negativity transforming technique, as described in the appropriate section above.

Create “vision boards,” that is to say, collages of quotes and images that represent the man you want to be and the objectives you want to achieve.

Practice changing your state, even if it means nothing more than a Tarzan yell from time to time.

Surround yourself with positive images, sounds, and people.

“Upgrade” your thoughts by paying attention to them more often and changing the negative ones with their positive counterparts.

Principle No. 3: Use positive words

Even though some might question the power of our thoughts, very few would dare to question the power of our words. Whether used toward others or ourselves, they have great impact; and though they cannot break bones like sticks and stones (to willfully misunderstand that old nursery rhyme), they are known to have broken some things much less repairable: souls and hearts.

So, it’s time you start using them properly and to your own and your loved one’s benefit via these five positive practices:

Go on a “complaint fast.”

Speak about yourself in a positive way.

Communicate your goals and vision in positive language.

Principle No. 4: Acknowledge others

“Expressing our appreciation and gratitude for others through acknowledgment is one of the most loving and empowering things we can do for those around us,” writes, quite truthfully, Robbins. Whether reactive (compliments, formal awards, thank-you cards for gifts or recognition for a job well done) or proactive (not connected to specific results and outcomes, and sometimes even done for no apparent reason), acknowledgment is the best way for us to connect with people, and motivate them in a genuine way.

Principle No. 5: Appreciate yourself

Start appreciating yourself today by doing one of these four things:

Create a “sunshine file,” i.e., a folder containing all expressions of gratitude or appreciation that you have received; keep it as close to you as possible.

Pick something specific that you appreciate about yourself each morning and focus on it all day.

Share what you appreciate about yourself with “a self-appreciation partner,” preferably your spouse or a close friend, so it is a two-way conversation, and both of you can enjoy the practice.

Though pleasurably written, immediately applicable, and conveniently structured, “Focus on the Good Stuff” doesn’t offer too many new things on the table.

At first impression, we don’t know if this is because the book is somewhat derivative of other books, or because the ever-booming market of self-help manuals has been saturated with similarly-styled compilations of exercises and advice ever since the beginning of the 20th century. So, we’ll let you be the judge of that.

Appreciate yourself and your life a bit more: whatever past regrets or future fears you might have, never forget that life is always and exclusively happening here and now. Don’t let negativity drain the joy out of your present experiences: we have nothing but them.

Mike Robbins is an author and expert in leadership, team performance, and company culture. He delivers seminars around the world that empower people and organizations to become more successful. Robbins had a promising baseball career playing f... (Read more)