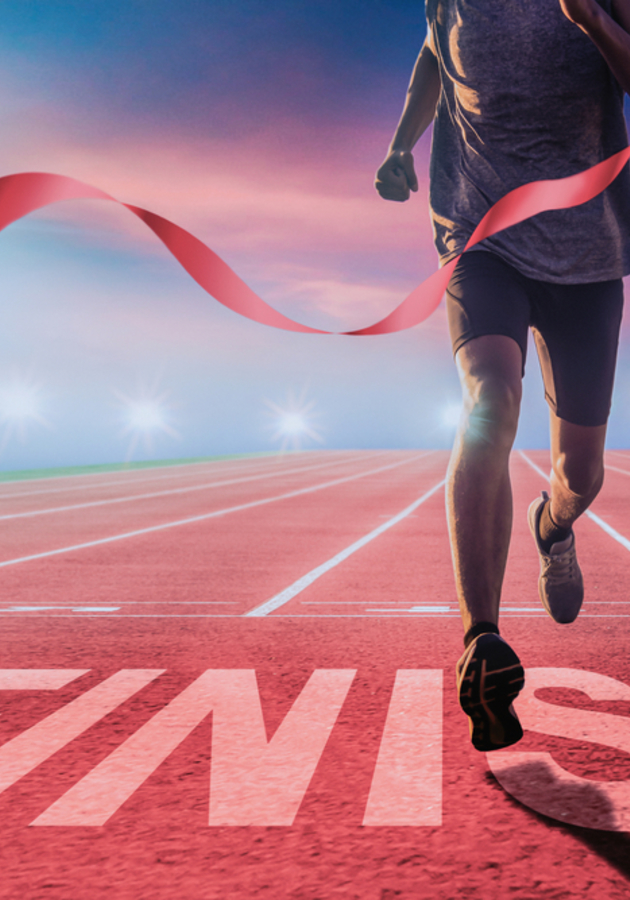 This microbook is a summary/original review based on the book: Finish What You Start: The Art of Following Through, Taking Action, Executing, & Self-Discipline

Take a moment to reflect on your life. Are there any goals you want to pursue but lack focus, discipline, and persistence in doing so? Perhaps you want to improve your crafting skills by working on a project in your garage or exploit your talent by starting your own side business? ‘’Finish What You Start’’ by Peter Hollins explores the ‘’following through’’ concept that helps you overcome all the obstacles standing in your way to make your intentions a reality. So, get ready to learn how you can finish whatever you start!

What did Esther do wrong?

Stuck in a dead-end desk job for the past six years, Esther has been fantasizing about finding another way to earn a living that does not include the monotony of paperwork and dealing with a demanding boss. Most of all, she wished to have a job that allowed her to see more of her two-year-old son. For a while, Esther had an idea to start a baking business. Baking was her true passion, and her friends had been encouraging her for years to do it. So, why shouldn’t she cash in on her talents and open her own business at home? One day, Esther decided to give her idea a go. She took a two-week vacation leave to figure out how to turn her dream into a reality. She decided she would do market research first and learn everything about starting and running a business from scratch.

When her vacation started, Esther found herself immersed in doing everything but preparing for her business venture. Since she was exhausted from her work, she spent plenty of time sleeping. She also played with her son and did house chores. Two weeks passed, and starting the baking business stayed what it was at first—a fantasy Esther would return to from time to time.

So, what went wrong in Esther’s case? Did she lack focus, self-discipline, action, or persistence? The answer is, she lacked all of them. Had Esther been focused on her dream of starting a business, she would have organized her free time better, scheduling activities in view of realizing her dream. Also, Esther certainly needed more self-discipline. There is nothing wrong with resting—that is what vacations are for. However, she should have resisted spending all of her time on leisure.

Apart from taking two weeks off, Esther didn’t take any other action to realize her dream. She could have at least surveyed her friends and neighbors to get a sense of the market's needs. Finally, Esther was not persistent in pursuing her dream. In fact, since she stopped before she even began, ‘’the question of persistence wasn’t even in the equation for her.’’

All the things Esther lacked—focus, self-discipline, action, and persistence—are part of the following through concept. Without them, you cannot pursue your goals until the end. So, let’s see what they are all about.

The elements of following through

Hollins says the following through concept is a composite of focus, self-discipline, action, and persistence—“a bit like how those big Japanese anime robots come to be formed by the fusion of smaller individual robot parts.’’ So, you cannot finish what you start—even if you lack only one of these elements—because combined, they make up the art of following through.

Let us begin with focus. Hollins says it ‘’keeps your head in the game and your eyes on the prize.’’ When you are focused, your thoughts have guidance in figuring out how to follow through—while your actions are directed toward achieving your vision. Furthermore, you do not waste your effort because you focus it on a single goal.

If you want to see your fantasies fulfilled, you need to translate your intentions into action. ‘’It is action that will move things in the real world and take you from Point A to Point B,’’ Hollins writes, ‘’that is, from where you are now to where the fulfillment of your goals lies.’’ Without action, your goals remain only dreams, as we have seen in Esther’s case.

Finally, following through is about persistence to stick to your goal for a long time without giving up once obstacles arise. As Hollins puts it, ‘’Many of the goals worth aiming for in life call for not just a sprint but a marathon.’’ Therefore, if you lack persistence, you will stop halfway through and give up before reaching the finish line.

When we look at the elements of following through, achieving our goals doesn’t seem hard—we only have to focus on them, be self-disciplined in executing tasks, make sure we are actually doing something to realize them, and be persistent in it. In reality, it turns out this is easy to say but hard to do because of the selection of inhibiting tactics and/or psychological roadblocks that disable us from finishing what we start.

‘’Inhibiting tactics refer to our schemes for misusing time and effort, with the end result of our being held back from following through,’’ Hollins says. These tactics include: setting bad goals, procrastination, indulging in temptations and distractions, and poor time management.

What do we consider a bad goal? Say a plant manager wants to double manufacturing output despite logistical limitations. He obviously won’t achieve this because his goal is too high and unrealistic. In addition, the goals we form also need to be concrete. If, for instance, we set ourselves a goal to be healthier without specifying what ‘’healthier’’ even means, we are less likely to take any action to accomplish it.

More often than not, we misuse our time and effort by procrastinating. In fact, we are so prone to putting off our tasks until we absolutely need to do them. Paradoxically, we would rather keep ourselves busy by doing something completely unrelated to our goal—such as cleaning an apartment, reorganizing a desk—instead of doing what we should do, study for an exam, for instance. Sound familiar?

Apart from setting unrealistic and abstract goals and procrastinating, indulging in temptations and distractions is another inhibiting tactic that keeps us from completing what we start. Notifications from social media are perhaps the most common form of distraction nowadays, and unless we learn how to deal with them by logging off while working on a task or by limiting time spent on social networks, for instance, we won’t be able to remain focused on what matters.

Finally, our inability to organize our time is the reason why we fail to follow through. Poor time management means a lack of planning, organization, focus, self-discipline, as well as the inability to prioritize activities.

Next to inhibiting tactics, there are internal, often unconscious, mental mechanisms—‘’psychological roadblocks,’’ in Hollins's words—that prevent the action necessary for following through. They include laziness and lack of discipline; fear of judgment, rejection, and failure; perfectionism out of insecurity; and lack of self-awareness. Let’s examine them in more detail.

We may perfectly plan steps to reach our goal but somehow lack the willpower and discipline to take them. As Hollins puts it, ‘’We see the sacrifice, however small, we would have to make, and we decide that it’s not worth it.’’ Without the willpower that activates our bodies and discipline that directs our energy toward our goals, we can never step out of an inactive state and finish what we start.

One of the things that stopped Esther from following through with her dream was her fear that people around her would judge her decision. That is why she did not survey her friends and neighbors, as she planned at first. When we are overwhelmed by the fear of someone else's opinion, we choose not to act at all, since then we cannot fail, be judged, or rejected by others. However, as Hollins writes, ‘’By not acting and not following through, we have already judged and rejected ourselves even before we’ve started. We have already failed the moment we decided not to try.’’

Out of insecurity, people sometimes spend too much time and energy overplanning and striving for perfection instead of taking action that will move them forward. That happened to Paul whose goal was to apply for a promotion at his company. However, since his credentials did not seem good enough to him, Paul worked for years to upgrade his knowledge and skills. In the end, he never applied for the promotion as he felt his resume wasn’t perfect.

Finally, if we want to follow through, we need to know what our capacities are. Otherwise, we might convince ourselves we will never make it and stay in our comfort zone, unaware of our interests, passion, and talents forever.

Create your own rules

On the road to reaching your goal, you will often be torn between decisions to give up or keep moving forward. Although having strong willpower pushes you to follow through in those cases, the rules you create for yourself can also help you accomplish what you want because they make you decide automatically to your advantage.

Here are several rules that will push and guide you into making the proper decision whenever you come across a fork in the road.

Following through with your goals is a challenging path, but the benefits you reap in the end make the whole journey worthwhile. If you make it a habit, your overall productivity will increase—and you will live to your fullest potential. Furthermore, as you will act on your plans, people around you will consider you trustworthy. More importantly, you will improve your self-image and connect yourself with your wants, needs, capacities, and fears.

The practical and insightful guidance you can find in ‘’Finish What You Start’’ will make your road to achieving goals less bumpy. Therefore, create another rule to return to this book occasionally to remind yourself of the valuable pieces of advice it offers.

Although multitasking is a required skill nowadays, doing several things simultaneously actually deteriorates your focus. Therefore, try not to multitask, but divide your work into a series of tasks you will dedicate yourself to, one at a time.

A dedicated student of the human condition, Peter Hollins is an American bestselling author. A clinical psychologist by trade, Hollins started writing books to reach a wider audience and help more... (Read more)