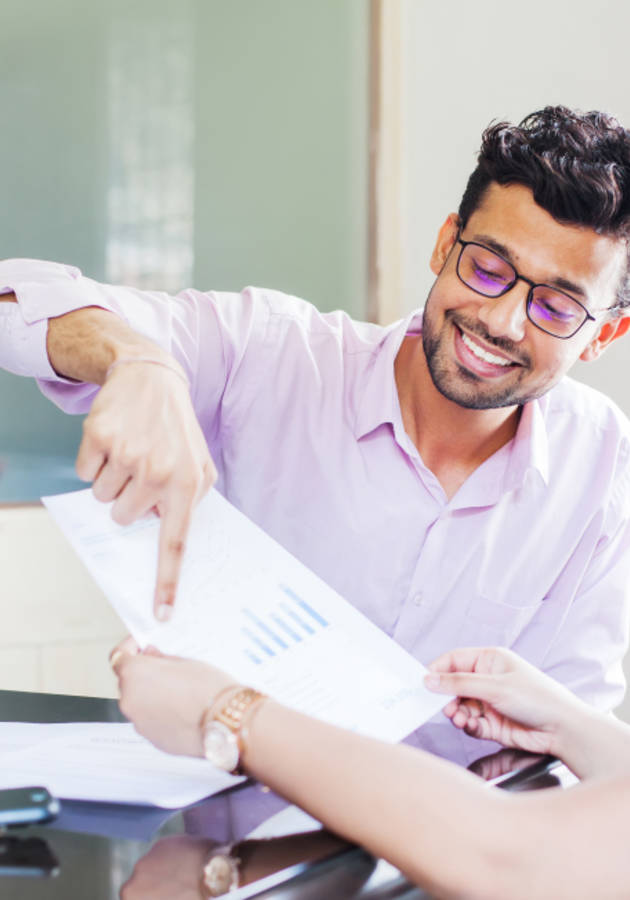 This microbook is a summary/original review based on the book: Factfulness - Ten Reasons We’re Wrong About the World – and Why Things Are Better Than You Think

Terrorist attacks, climate change, pollution, children dying of preventable diseases… Think that the world is worse than ever? Well, it’s time you stop being a pessimist and become a very serious possibilist. What you need is a little dose of “Factfulness.”

Hans Rosling devoted most of his life to teaching people how to see the world more accurately. Not only because this has saved his life, his own admission; but also, because it could help everybody act a little more responsible and more in tune with what reality actually is.

“The world would be a better place if literally millions of people read the book,” wrote Bill Gates. So, let’s roll in, you won’t regret it.

The last battle of Hans Rosling

You either know and love Hans Rosling or, well, you don’t know him. It’s almost impossible not to love him, even if you have seen only one of his numerous engaging and wonderful TED Talks.

We know that not many people like to read statistics and also those who do have problems making data and tables interesting. Bar graphs certainly help, as do line graphs and pie charts. But what Hans Rosling did was magic! He basically made stats alive.

What he left behind him was an unfinished manuscript of “Factfulness,” as he says in the Introduction, his “very last battle in his lifelong mission to fight devastating global ignorance” and his “last attempt to make an impact on the world: to change people’s ways of thinking, calm their irrational fears, and redirect their energies into constructive activities.”

And, in a nutshell, that’s what this book is about: a definitive proof (after all, they are stats) that the world is not as bad as it seems. There are ten reasons why people think that the world is such a terrible place. Ten instincts, ten mega misconceptions that prevent you from seeing the world accurately. Let’s have a look at each one andteach you how you can fight them!

Explanation: The gap instinct is basically the ubiquitous “us versus them” logic, which leads you to categorize people into two groups with a large gap between them.

Now, Rosling says that this would be true if you were living in the 19th century!

Because, nowadays, almost three-quarters of the global population fits in the gap between the developing and developed! So, it’s not really a gap anymore, is it?

A more accurate model for nowadays would be a model of four income levels:

How to fight it: Always look for the majority: it’s usually in the middle, where the gap is supposed to be.

Explanation: Thinking that things are getting worse makes sense from an evolutionary point of view it is more important to notice bad things than good ones if you want to survive.

Examples: Most people hear news of terror attacks all the time and watch CSI shows later thinking that the world is getting more violent than ever. It is most certainly not. Also, things can be bad and be getting better. For example, 4% of children 5 years old or less died in 2016. However, almost half of them (44%) died in 1800. So, it’s a huge improvement!

How to fight it: Expect bad news, since they are much more likely to reach you; the good news is not news, but that doesn’t mean that things are not gradually improving day in day out.

Explanation: The belief that trends go up in a straight line.

Examples: The population is rising steadily ever since the Industrial Revolution, and it’s only natural to expect that it will keep on rising if things are going as great as Rosling says. However, the United Nations think that we’re close to hitting the peak precisely because of better conditions, because as poverty decreases, so do the number of children.

How to fight it: Remember that straight lines are rare in reality: you grow up until you reach  your twenties, and then stopped growing. The same applies to many other things. So, don’t assume straight lines.

Explanation: Now that we live in a world safer than ever, we’ve started fearing things that don’t exist. Probably that’s where your stress (and ulcers) come from.

Examples: How much do you fear terrorist attacks? It may be a  lot, especially if you live in cities like Paris or New York. However, do you know that during the past 15 years, no more than 50 people were killed by terrorists on average yearly? Just for comparison: on average, five thousand  people die in traffic accidents per year!

How to fight it: Don’t ever forget that frightening things get your attention because of evolutionary reasons; but if something is frightening, it doesn’t mean that it is risky: stop overestimating the risks of violence or contamination; remember this equation: risk = danger × exposure.

Explanation: The size instinct is the reason why you overestimate the things your fear instinct tells you to dread.

How to fight it: By putting things into perspective as the example demonstrates. Lonely numbers seem impressive, but mean nothing if not compared or divided by relevant numbers, always look for comparisons.

Explanation: Your instinct to oversimplify things by putting them into large categories. Compare to the gap instinct.

Examples: Categories are usually used as explanations, but not as the only possibilities; generalization is helpful in the former case, misleading in the latter. For example, if I say, with Malcolm Gladwell, that there are two types of geniuses (Picassos and Cézannes), I’m explaining two extremes, but ignoring those that are in-between.

How to fight it: Always question your categories, look for differences within groups and similarities across groups; beware of vivid examples and never forget that Blakean quote: “To generalize is to be an idiot; to particularize is the alone distinction of merit.”

Explanation: The idea that some outcomes are unavoidable because some things never change.

Examples: Rosling is Swedish and, as well known, Sweden is one of the most liberal countries in the world. You can’t even imagine that Catholic Poland will ever be as open about topics as sex and abortion as Sweden, can’t you?

And yet, in 1960, abortion was illegal in Sweden, and, to get one, young pregnant Swedish students traveled to – you’ve guessed it – Poland. Five years later, Poland banned abortion, and Sweden legalized it. The lesson? There are no innate characteristics of people. Things change.

How to fight it: Never forget that slow change is change nevertheless; try to keep track of gradual improvements and to update your knowledge as often as you can. Also: talk to grandpa, that’s the best way to be reminded how values (even those that seem to have been there forever) regularly change.

Examples: North Korea and Venezuela are two of the worst countries to live in nowadays; for comparison, South Korea and Chile are highly developed, rich, and democratic nations. The lesson? Capitalism and democracy bring peace and prosperity; communism, doom.

However, if you had visited these four countries in the 1970s, you would probably have a very different opinion. Back then, Venezuela was so rich that it was called Saudi Venezuela, and people in North Korea earned more than their southern neighbors. Moreover, military dictatorships ruled South Korea and Chile.

Did you know that?

And do you know that nine out of the ten fastest growing economies today are not exactly democratic? Still thinking that only democracy leads to economic growth?

How to fight it: Recognize that a single perspective can limit your imagination. Test your ideas and beware of simple solutions: the world is just too complicated. Travel to test your ideas. Get a toolbox, not a hammer.

Explanation: Once you identify a bad guy, you look no further than him; suddenly, he’s the one  to blame on for everything.

Examples: Pharmaceutical companies often don’t research solutions to some ailments that only affect the poorer populations – malaria, sleeping sickness, and other neglected tropical diseases. So, blame it on the CEOs! However, does the CEO decide for themselves or follows the lead of the board members? What about the shareholders?

Another example: Trump. It’s easy to blame him for all the problems in America, but it’s difficult to ignore the fact that many of them were there before he came to power.

How to fight it: Look for causes, not villains: there are usually no Darth Vaders in the world, but system malfunctions. The opposite is true as well: sometimes the system works well. So, resist pinpointing scapegoats or heroes.

Explanation: This is the instinct that tells you that if you don’t act now, tomorrow will be too late. Activists and rhetoricians take advantage of this to be heard, but resist the temptation to believe them.

Examples: Urgency usually comes with a clear-cut solution. Take a breath before rushing into anything. For example, the refugee problem (and the maltreatment of people just like you) is a real one, but don’t point your fingers before understanding its complexity.

How to fight it: Recognize when a decision feels urgent: it rarely is. Take small steps and insist on the data. Beware of fortune-tellers, because every single prediction about the future is uncertain. Also, beware of drastic actions.

According to Bill Gates, “Factfulness” is “one of the most important books… an indispensable guide to thinking clearly about the world.”

His wife Melinda shares the same opinion: “Hans Rosling, tells the story of ‘the secret silent miracle of human progress’ as only he can. But ‘Factfulness’ does much more than that. It also explains why progress is so often secret and silent and teaches readers how to see it clearly.”

“A hopeful book about the potential for human progress when we work off facts rather than our inherent biases”, according to Barack Obama, “Factfulness” is an eye-opening account of what the world is and how we’ve made it that way.

And features numerous great pieces of advice to teach you how you can make it even better! Indispensable.

Perhaps, before making any judgments we should take a look at the facts first.

Hans Rosling (1948-2017) was a writer, academic, physician, and professor of international health at Sweden’s Karolinska Institute. He appeared on TED Talk on more than one occasion, weighing in on today’s social and economic trends and explaini... (Read more)