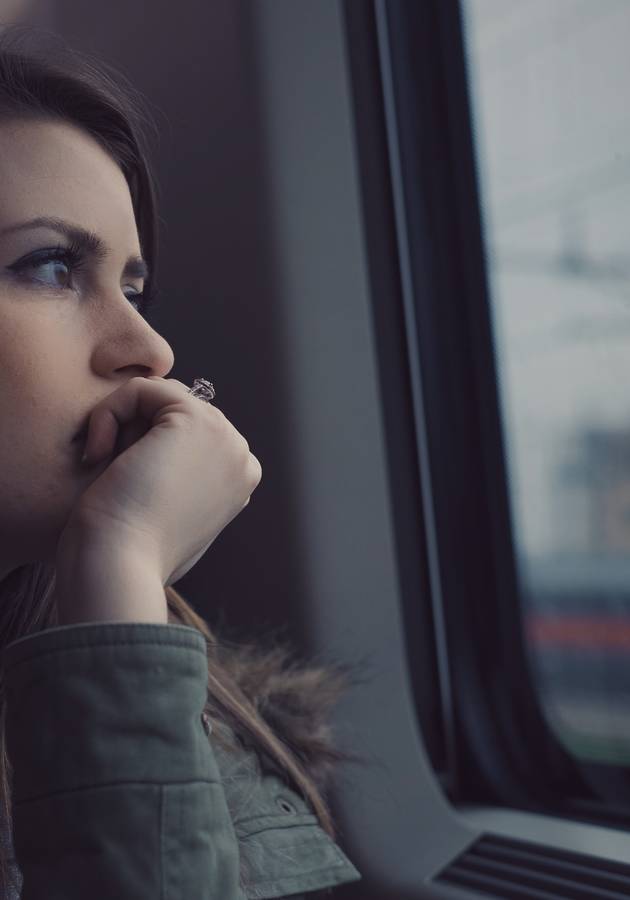 This microbook is a summary/original review based on the book: Emotional Intelligence: Why It Can Matter More Than IQ

Have you ever felt too anxious about something to concentrate on your work? Or lashed out at someone and regretted it later? These instances of emotional hijacking - when emotions take over the functions of the brain - can be avoided through emotional intelligence (EI).

For a long time, intelligence was only measured in terms of academic intelligence (IQ), but in recent years it has become increasingly apparent that true intelligence is made up of various factors and that IQ only plays a small part in success in life. So, get ready to learn how to lead a happier and more successful life by developing your own EI!

What are emotions for?

Our lives are ruled by emotions, and often we don’t realize the impact they have on our daily activities. In essence, emotions create impulses to act. For example, feelings such as fear or anxiety caution us, so that we drive more carefully when we cannot see ahead due to snow. On the other hand, happiness increases our energy levels. Often, emotions such as sudden fear induce automatic reactions - this is why we jump when we hear a sudden, loud noise.

Author Daniel Goleman explains that our brains are essentially made up of two minds: rational and feeling. Both of these minds usually work as one, and make up our mental state by complementing one another. The rational mind (situated in the neocortex) is the one we are more aware of, and is occupied with thoughts and allows us to make decisions. The emotional mind (situated in the limbic system), is impulsive, powerful, and sometimes illogical. The emotional mind feeds information to the thinking mind, and the thinking mind refines and occasionally vetoes the input from the emotional mind.

Sometimes though, we experience emotional hijacking: these are moments when the brain’s functions are taken over by the limbic system, overlaying all rational thought. This explains, for example, why some people murder in fits of rage.

Intelligence can be measured in more than one way. Many people believe that one’s predetermined IQ defines one’s level of success in life, but Goleman says our emotional intelligence, or, the way we handle our emotions, is just as important (and perhaps even more so.)  This helps explain why Jason H., a student in Florida, attempted to stab his teacher for a bad grade in a fit of rage, although he later proved his extremely high IQ by graduating with one of the best average grades. Our IQ, says Goleman, only accounts for about 20% of the factors determining success in life. And the good news is that while IQ is largely predetermined, EI can be learned and improved on throughout life.

What is emotional intelligence?

The first aspect of emotional intelligence is to know one’s emotions - or, realizing and naming emotions for more self-awareness. If we are unable to do this, we are at the mercy of our feelings. This can make us overly passionate and too impulsive, which can lead to irrational decisions. On the other hand, a lack of emotional self-awareness can make one emotionally bland, with an inability to access the feelings that help us make decisions whatsoever. There is a deficiency in the ability to attribute value to a decision. A better degree of self-understanding allows us to make more informed decisions about our lives, such as whom to marry or what career to pursue.

The second aspect of EI is the management of emotions. Once self-awareness has been established, managing feelings is the next crucial step. Our working memory (the part of our brain occupied with a certain task) can get swamped by emotions when we try to concentrate. To be able to shake off feelings such as anxiety or irritability helps us bounce back more quickly from life’s setbacks and work more productively.

The ability to control our emotions allows us to pay attention, to motivate ourselves, to be creative and to achieve mastery. An experiment was conducted with a group of four-year-olds, who were given a choice to either receive one marshmallow immediately (instant gratification) or to wait a short amount of time and be allowed to have two. The children who managed to resist the impulse of eating the marshmallow immediately went on to be able to cope better with frustrations later in life. Thus, delaying gratification, such as waiting to receive a reward after a task, is a powerful contributor to emotional intelligence.

Optimism is another strong example of how our emotions can be used to motivate ourselves. It prevents us from giving up in the face of tough challenges. Positive emotions of this kind can even result in the most productive form of work, the “flow” state. “In flow the emotions are not just contained and channeled, but positive, energized, and aligned with the task at hand,” says Goleman. On the other hand, negative emotions prevent a state of working in flow.

The fourth aspect of EI is recognizing emotions in others, which is the basis for empathy. This ability underscores our social skills by allowing us to read subtle, nonverbal cues about what other people need or want. Very seldomly, we actually express our feelings verbally. By reading other people’s feelings from their behavior, Goleman says we are “better adjusted emotionally, more popular, more outgoing, and - perhaps not surprisingly - more sensitive.” Women tend to be better at empathy than men, and increased levels of empathy on both sides of a partnership often leads to a happier romantic life. Empathy is also at the root of altruism and compassion. Being able to read someone’s feelings and to feel for them is the reason for caring.

Finally, EI defines our social competence as it allows us to manage other people’s emotions and thereby handle relationships more effectively. This requires empathy and self-knowledge. Knowing our own emotions and being able to read those of others allows us to constantly adjust our social interactions to have the desired effect, thereby making us popular with others. Goleman cautions, however, that only tuning in to other people’s needs creates a hollow kind of popularity, as it disregards one’s own personality.

In the most extreme cases, EI can prevent wars. For example, at the beginning of the Vietnam War, six monks lined up and very calmly walked directly towards the line of fire. They did not pay attention to anything else. Once they had crossed the line of fire, none of the American soldiers were willing to fight anymore. The peaceful spirit had caught on, since, after all, emotions are contagious.

Emotional intelligence is beneficial in all areas of life. It helps us to have more successful relationships, to be successful at work and to be healthy as well.

In relationships, Goleman says women are often better at expressing their feelings, while men can have trouble identifying the problem their partner seems to be having. Traditionally, this can be traced back to childhood. Boys are often taught to hide and repress their feelings, effectively leading to repressed emotions and low EI, while girls are encouraged to speak about their feelings. This also leads to increased empathy levels in girls. This difference in children’s upbringing has severe impacts on  their romantic relationships later in life, and has been blamed for many unhappy marriages. Goleman says women often subconsciously assume the role of emotional managers, while men have little appreciation for the importance of EI in relationships.

Emotional intelligence has applications not only in our personal lives, but can lead to more success in our working lives as well. On a basic level, effective teamwork is impossible if there is one person who routinely explodes into anger. Being under emotional stress also has adverse effects on work performance. “When emotionally upset, people cannot remember, attend, learn, or make decisions clearly,” says Goleman. Emotional Intelligence allows managers to persuade their employees to work towards a shared goal, it improves networking and can also improve constructive criticism.

Finally, emotional intelligence does not only benefit our mental health by allowing us to assess and manage our feelings, but it actually affects our physical health as well. Goleman says that by simply changing their mindset to a more positive one, people have cured themselves from diseases. As well as a positive mindset, having a network of emotional support in terms of close relationships has a positive effect on our overall health.

Our emotions can have an intense effect on our physical well-being, especially for those with heart conditions. Anger has been shown to increase blood pressure and heart rate, which more than doubles the risk of heart attack in patients who have suffered a heart attack before. Stress management can help reduce the risk of heart failure.

Looking towards the future

Emotional illiteracy is already all around us. It shows itself in school shootings, in the disintegration of civility and safety, and in a jump in mental health issues such as depression all around the world. And the outlook to the future looks even bleaker: in the four years between 1988 and 1992, the number of juvenile crimes such as assault and murder jumped by 68% in the U.S. These are the adults of tomorrow, and these are early signs of a move towards a more criminal society.

Often, a lack of conflict management or emotional hijacking of the brain are the causes for criminal acts. The roots of emotional intelligence are laid in childhood, and Goleman says that by teaching EI to children, criminal behaviors can be reduced or averted in their adult lives.

Some educational institutions are already bravely leading the way in trying to focus more on the development of emotional intelligence in children. The Nueva Learning Center in San Francisco teaches classes in self science, for example. These classes are aimed at developing children’s EI by focusing on their feelings, and those of their classmates. Among other things, they are taught nonverbal communication and conflict management. They learn to resolve disagreements before they spiral out of control.

Sadly, this approach to teaching is still largely limited to private schools. Goleman says to guarantee a safe, successful, and happy society in the future, the teaching of emotional intelligence should be adopted into the educational mainstream.

Emotional intelligence helps us to lead more successful, happier, and healthy lives. Teaching EI to children can help reduce crime rates in the future, leading to a more stable, healthier, and happy society.

In his compelling publication, summarizing research spanning over a decade, Goleman vividly illustrates the importance of our emotions and the importance of being able to manage them. The book is full of unforgettable examples and convincing scientific research. Anyone wanting to learn more about EI should read “Emotional Intelligence.”

Try monitoring your feelings more closely. When you find yourself distracted from work, actively try to use your emotions to increase productivity.

Daniel Goleman is an internationally prominent psychologist and lecturer, who transformed the way the world educates children, relates to family and friends and conducts business. Author of the bestseller “Emotional I... (Read more)