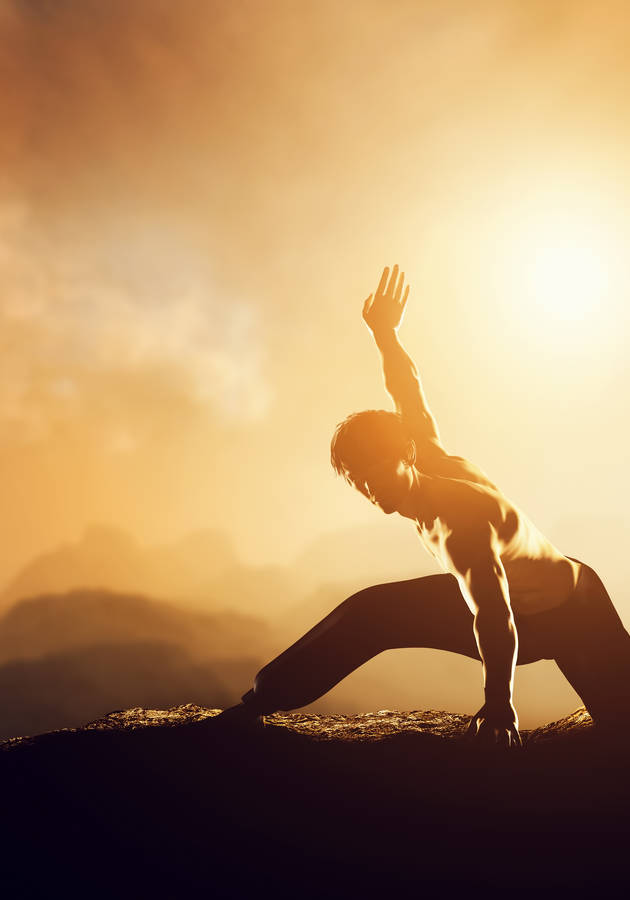 This microbook is a summary/original review based on the book: Discipline Equals Freedom: Field Manual

Jocko Willink, a retired officer of the U.S. Navy, is perhaps better known as a podcaster and co-author of two leadership bestsellers –  “Extreme Ownership” and, with fellow Navy SEAL Leif Babin, “The Dichotomy of Leadership.” “Discipline Equals Freedom” is very different from each of the two: rather than theoretical and business applicable, this unusual little book is inspirational and rousing; and rather than tightly structured, its various lessons come in distinctive tiny dosages, bursting with energy by way of short, powerful, military-styled sentences and bolded, all-capped crescendos scattered all around the page.

Get ready to hear the most important among them, and prepare to discover why there is only one way to achieve true freedom: the way of discipline.

The way of discipline

If you need to take away only one thing from this book, this is it: there is nothing without self-control, and the only way in life is the way of discipline. If you want to find a shortcut or a hack, then you’re just losing your time. No matter how much you try, you will certainly never find it – because shortcuts don’t exist.

“The shortcut is a lie,” Willink writes. “The hack doesn’t get you there. And if you want to take the easy road, it won’t take you to where you want to be. […] To reach goals and overcome obstacles and become the best version of you possible will not happen by itself. It will not happen cutting corners, taking shortcuts, or looking for the easy way. There is no easy way. There is only hard work, late nights, early mornings, practice, rehearsal, repetition, study, sweat, blood, toil, frustration, and discipline. Discipline. There must be discipline.”

Willink describes discipline as the root of all good qualities, the driver of daily execution, and the core principle that overcomes laziness and lethargy and excuses. Discipline is structure, and structure leads to freedom. Otherwise, you’re just a slave of randomness and chaos.

Want to become a good guitarist? You should strive to attain discipline to rehearse constantly. Want to become a great basketball player? Once again, you won’t achieve this through some magical transformation overnight, but by showing up to practice every single day for a few hours – for at least a decade! The rule applies to almost every sphere of life. Acing all of your exams, becoming fluent in French, and earning a lot of money in life may be three very different things, but they do have one thing in common: all require long-term discipline.

Where does discipline come from?

According to Willink, discipline comes from within. In his opinion, it is an internal, and not an external force. “But what about coaches, self-help gurus, and drill instructors?” you may ask.

Sure, they can help you, remarks Willink. But unless they are there with you all the time under all circumstances, they will be only a temporary solution. External discipline is neither as strong nor as permanent as self-discipline. And self-discipline – as the term itself implies – comes from your heart, comes from the self.

More specifically, it comes from your decision to make a mark on the world, to do more, to be more. Self-discipline lurks behind every single one of your choices. Especially the seemingly banal ones, such as eating an apple or a chocolate bar. If you repeatedly choose the latter, then you should blame nobody for your failures – you are just not disciplined enough to succeed in life.

It might be happening to you at this very moment: instead of preparing for your exam tomorrow, here you are, reading or listening to a summary of a book you didn’t even know it existed until just a few minutes ago. And let’s face it: this was not just a one-off event. It’s something that keeps happening to you over and over again.

But how do you stop it? Willink suggests rephrasing that question or even asking another one: “When is the best time to stop procrastinating?” The obvious answer: here and now. Else, consider the time in between – the time you spent preparing to deal with the demon of procrastination – a delay in itself. And never forget that time wasted is life wasted.

Books don’t get written by themselves. Ideas don’t get executed through some miraculous force in the universe. And weights aren’t going to move a single inch unless you try lifting them. It’s not at all complicated, so, really, there’s no need for you to go on researching or debating the pros and cons of it. Just start doing things. Take the first step and make things happen, here and now.

Motivation is a powerful force. So powerful, in fact, that sometimes it can help you move mountains – emphasis on sometimes. Because it is a myth that motivation is a spark: motivation is a process. It is, in Willink’s explanation, the legitimate child of discipline, progress, and success. “Motivation is fickle,” he writes. “It comes and goes. It is unreliable and when you are counting on motivation to get your goals accomplished – you will likely fall short.”

Don’t forget that Willink spent years of his life fighting to survive in Iraq as a Navy SEAL. And yet, even he believes that you can’t “expect to be motivated every day to get out there and make things happen.” We are not biologically programmed to be. It’s wrong to count on motivation to achieve something. You need to count on discipline.

There are no magic pills or life hacks known to men that will ever do the job for you: you have to do the work yourself. You are the one who has to make it happen.

Donuts are tempting. “God-I’d-give-everything-for-one-at-this-moment” tempting. The colorful sprinkles, the cream filling, the glaze… Besides, they really make your day when your day is terrible. Sometimes, they might even be its highlight: the thing you crave for, the thing that makes everything worthwhile for a few seconds! So, why shouldn’t you have one or two tonight? After all, you deserved it – not only with your hard work but also with your discipline. Moreover, you’re hungry. And when you’re hungry, any food is better than no food. Right?

Wrong. Dead wrong. First of all, donuts – just like chocolate chip cookies, double Dutch chocolate cake, Coca Cola, potato chips, pretzels and hot dogs – are, simply put, not food! They are, quite literally, poison. They don’t make you better, stronger, faster, healthier, smarter – they make you the very opposite of this. Even when you’re hungry. And, believe us, you’ve probably never been really hungry: human beings can survive for a month without food, and you’ve barely gone without it for more than ten hours.

The reason why donuts are enticing is pretty simple: they are sugarcoated lies. There will be many other sugarcoated lies you’ll happen upon throughout your life – both literal such as chocolate, and, much more importantly, metaphorical. Stay away from them. The rule of thumb is this: if something is shiny, sweet, tempting, and free – it’s most probably a lie, and a poisonous one, mind you!

Don’t let them fool you. Just stay on your course: your will is much stronger than the will of a donut. Hold the line.

A sugarcoated lie of the worst sort: “you can be whatever you want to be as long as you want it bad enough.” It’s the misconstrued main lesson from thousands of movies and songs, whose foundations encouraged the entire self-help industry to build an empire worth billions of dollars.

“We all have limitations,” remarks Willink. “I don’t have the right genes to be an Olympic weightlifter. I don’t have the right genetics to be an Olympic sprinter. Or gymnast. Sure, if I trained my whole life, perhaps I could have become fairly decent in those sports. But the best in the world? No. I simply do not have the DNA to be the best in the world in those categories.” Remember: this comes from a guy who’s a decorated Navy SEAL commander and who has probably trained every single day of his adult life for at least a few hours! Where does that leave everyone else?

Strangely enough, the answer is pretty encouraging and gives some background on Willink’s life and mentality a few decades ago – aware of his limitations and resolute in trying to become what his genes said he might never be. Not because this possibly will result in you fooling your biological structure – that’s impossible – but because this kind of mindset helps one become the best version of themselves. And, in the end, that’s all that matters.

“My glory doesn’t happen in front of a crowd. It doesn’t happen in a stadium or on a stage. There are no medals handed out” – notes Willink. “It happens in the darkness of the early morning. In solitude. Where I try. And I try. And I try again. With everything I have, to be the best that I can possibly be. Better than I was yesterday. Better than people thought I could be. Better than I thought I could be. You always win today if you’re better than you were yesterday. And that’s guaranteed.”

Darkness is everywhere, and Willink has probably seen more of it than us. He fought in the Iraq War. He lived through the separation from his loved ones over and over again. He led troops into bloody battles. He has seen other people die at his feet. He heard his friends’ parting words to this world more than once.

At first glance, “Discipline Equals Freedom” is not much different from most of the motivational books you can find out there; jam-packed with vigor and get-out-of-your-chair oomph, its tone even could remind one of Tony Robbins.

However, make no mistakes: this book’s a bit different from all those “you can achieve everything you want to” manuals. Because it starts where all self-help books should start: the “no shortcuts” reality of life.

It offers no secrets, no hacks, no tricks. Just a bunch of sensible, commonsense, practical pieces of advice you can’t go wrong with.

Don’t believe people who sell you hacks and shortcuts: the only way to the top is the way of hard work and perseverance.

Jocko Willink is a retired U.S. Navy SEAL commander, a bestselling author, and the host of the popular “Jocko Podcast.” For his service in the Iraq War, he was honored with the Silver Star and the Bronze Star. With fellow former SEAL Leif B... (Read more)