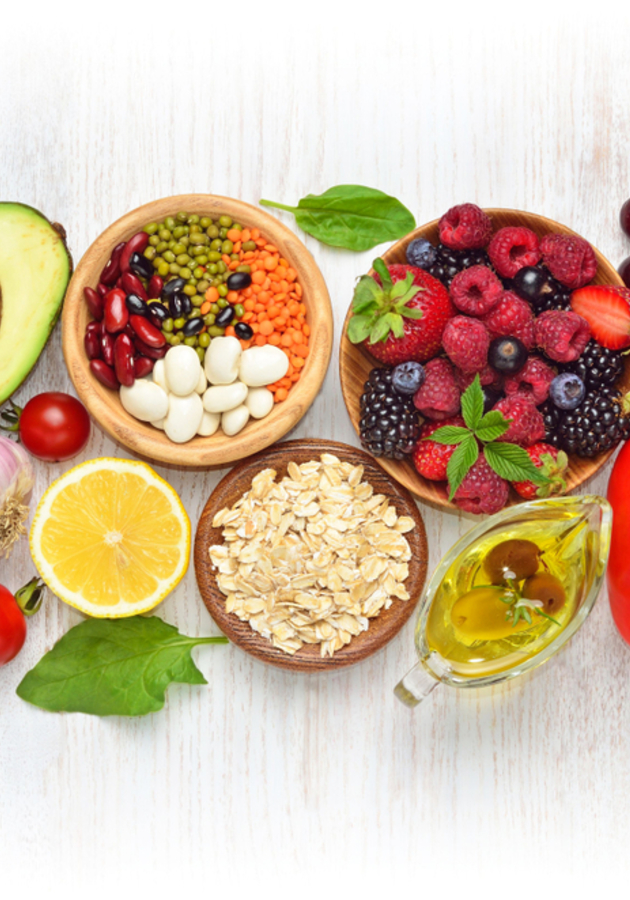 This microbook is a summary/original review based on the book: Deep Nutrition: Why Your Genes Need Traditional Food

Weighing in at more than 500 densely populated pages – the last 35 of which are filled with scientific references and notations – “Deep Nutrition” by Catherine Shanahan is not your regular healthy eating and weight loss bestseller. In fact, as Shanahan proclaims in the opening sentence, her book aims to use science to describe “the diet to end all diets.” Does it succeed? And what does this “uberdiet” encompass? Get ready to find out!

Not all changes in DNA cause diseases and anomalies, but it can be argued that most diseases and anomalies in humans arise from permanent changes in the DNA. These changes are usually called “harmful mutations.” Every time a cell divides, its DNA is copied into the daughter cell, but during this duplication process, “biological typos” inevitably occur. The DNA’s “proofreading mechanisms” usually catch and correct these mistakes, but a typo may slip through from time to time. If this happens in a key area of the genome, it may cause an irreversible genetic disorder. They don’t call it “genetic lottery” for nothing; they call it that because your beauty, talent and health are all in the hands of Mother Nature and its attentiveness to DNA grammar.

With this in mind, back in the mid-1980s, a group of biotech millionaires financed the Human Genome Project, the explicit goal of which was to identify and map all of the genes of the human genome. Discreetly, however, the Project was devised with the hope it could revolutionize medicine and the way babies are conceived and born. As Shanahan explains, “The biotech wiz kids got the idea that if they could get into our genes and fix the mutations – with genetic vaccines or patches – they could effectively rig the lottery.” Their hopes proved in vain, however, and most of them were sorely disappointed when the completion of the Human Genome Project in 2003 didn’t inaugurate an age of designer genes and made-to-order babies, not to mention perpetual good health and immortality.

Fortunately, at about the same time, another group of researchers was slowly but surely getting to the bottom of the matter. Experiment after experiment, they set the foundations of a new field of science, called epigenetics. What these researchers found was that our chromosomes are not “static chunks of information that could be easily (and safely) manipulated,” but “dynamic, living beings, growing, learning and adapting constantly.” Put simply, it’s not only you that may get sick when you don’t take care of yourself; so can your genes. The opposite is also true – and therein lies the magic.

You are what you eat

Epigenetics, as defined by most encyclopedias, is the study of how our behavior and environment can cause changes that affect the way our genes work, without causing any alterations or mutations in our DNA sequence. In plainer words, epigenetics is the study of gene expression. If you think of your genes as switches, genetics studies the way they are designed and epigenetics the mechanisms that switch them on and off. That’s what epigenetic essentially means: “upon the gene.”

What epigenetic researchers have so far discovered is that pretty much everything we eat, breathe or do, can – directly or indirectly – affect our genes. Even more fascinatingly, they’ve also discovered that the effects can be carried forward into the next generation where – due to mutations or environmental pressures – they can be magnified. A 2003 study published in the renowned American scientific journal “Molecular and Cellular Biology” revealed that just by feeding a group of mice with different blends of vitamins, scientists could change the next generation’s adult weight and susceptibility to diseases. In other words, not only were mice what they ate – their offspring was too!

Although this may sound scary at first, the silver lining is that whereas the arrangement of your DNA sequence may be beyond your control, your epigenetic profile never is. Genes, says the new model of genetic medicine, can work poorly despite being healthy due to external disturbances, most of which come either in the form of toxins or nutrient imbalances. Toxins are harmful compounds we consume, drink, or breathe into our bodies, or even manufacture internally owing to excessive stress. Nutrient imbalances usually occur due to deficiencies, that is, “missing vitamins, minerals, fatty acids, or other raw materials required to run our cells.” Both of them lead to diseases – and changes in the DNA too.

In the words of Shanahan, “The body of evidence compiled by thousands of epigenetic researchers working all over the world suggests that the majority of people’s medical problems do not come from mutations, as previously thought, but rather from harmful environmental factors that force good genes to behave badly, by switching them on and off at the wrong time. And so, genes that were once healthy can, at any point in our lives, start acting sick.” The good news is that you can stop them.

If you’ve ever chronically neglected a plant, you probably already have a very good idea of what can happen to a living organism in the absence of proper care and feeding. Epigenetic researchers realized that pretty much the same applies to human genes as well. It may seem like a new discovery, but it is basically just science endorsing something our ancestors knew since time immemorial. Namely, that exercising and eating natural food can have immense positive effects on the health of any individual and on the health of their children and grandchildren.

Take, for example, the Hunza, also known as Burusho, a sometimes-nomadic tribe of indigenous people living in the mountains of Afghanistan and Pakistan. For decades, early British explorers to these parts claimed that most of the Hunzas were centenarians and that none of them needed glasses; more importantly, they also claimed that cancer was virtually non-existent among them. When American writer and publisher Jerome Irving Rodale linked their longevity and health to their organic diet in his 1948 book, “The Healthy Hunzas,” he was laughed off by the medical community. But around the same time, an extraordinary dentist from Cleveland named Weston Price was reaching similar conclusions.

Already in his 1945 book, “Nutrition and Physical Degeneration,” Price proposed that human disease arose far more readily from the “absence of some essential factors from our modern program.” After the war, however, he began travelling around the world and counting cavities in the mouths of people to test his hypothesis in the real world. What he discovered stunned him: not only were there entire tribes who enjoyed perfect, cavity-free teeth, but these tribes could also boast with spectacular overall health and striking bone structure. They were, in a sentence, the whole package: beautiful, healthy, long-lasting. And, as they knew themselves, it all came down to what they were eating.

Unfortunately, we are eating something else entirely. That’s the main reason why human health is declining, despite all the technological advancements in medicine. True, we live longer than ever, but we also get sick with many serious diseases much earlier in life. In other words, modern medicine has merely managed to delay death, and not really prolong life. Unsurprisingly, it is the latter that most people are interested in.

What scientists such as Rodale and Price proposed during the 1940s and the 1950s was that many aspects of the modern Western diet cause severe health problems and dental issues, with most of them being pretty much unknown to many traditional cultures. Epigenetic researchers have all but confirmed their suspicions, finding positive correlation between traditional diets and proper health, and a causation between junk food and harmful genetic expressions. The good news is that the same way you’ve lost your health, you can reclaim it. According to Shanahan, the two basic steps to accomplishing genomic rehabilitation are 1) stop eating toxins, and 2) start eating according to the Four Pillars of World Cuisine.

The two most dangerous toxins that are probably part of your diet are sugar and vegetable oils. Both of them act as chemical statics, blocking the signals our bodies need to run our metabolisms smoothly. From what we’ve learned during the past few decades, sugar may be the most dangerous drug in the history of humankind. It’s not only addictive and harmful, but also quite ubiquitous: whatever processed food you might be eating, there is probably loads of sugar in it. Vegetable oils are just as problematic: they negatively affect your brain’s antioxidant delivery system and indirectly cause cell damage.

There’s an even bigger problem as far as women are concerned. As Shanahan writes: “Most women’s diets today are high in sugar and vegetable oils, adding to the growth disturbances already caused by missing nutrients. Not only does sugar and vegetable oil consumption disrupt maternal metabolism and lead to gestational diabetes, pre-eclampsia, and other complications of pregnancy, the sugar and vegetable oils streaming through a developing baby’s blood block signals in the womb, disrupting the sequence of highly sensitive, interdependent developmental events that contribute to the miracle of a healthy birth.” As we already noted, you are what you eat. But you are what your parents ate as well.

The four pillars of traditional cuisine

The reason why processed sugar and vegetable oils are so harmful is that they are both quite recent additions to our diet; simply put, our bodies haven’t adapted to them just yet. The opposite is true when it comes to traditional cuisines – that’s why they’re called traditional in the first place. Whether it’s the Okinawan, the Mediterranean or the French, most traditional diets have been practiced for millennia. There are four things that link them and make them so successful. Shanahan calls them “the Four Pillars of World Cuisine.” They are as follows:

Backed by everyone from respected medical authors such as Dr. Joseph Mercola to healthy food magazines such as Better Nutrition, “Deep Nutrition” is one of the few books on the subject of diet that’s also received the backing of All-Star athletes such as basketball players Dwight Howard and the tragically deceased Lakers legend Kobe Bryant.

“It’s a different philosophy,” said the latter in his endorsement. “It's something that we all had to adjust to, but we trust Dr. Cate implicitly. I've seen great results from it from when I started doing it – it’s worked well for me!” And if it worked well for Kobe, well, why shouldn’t it work well for you, too?

Instantly cut vegetable oil and added sugar from your diet. Embrace raw, organic, whole food instead. Eat your vegetables fresh and your bread fermented. Also, cook your meat on the bone and don’t ever throw away the organs and offal.