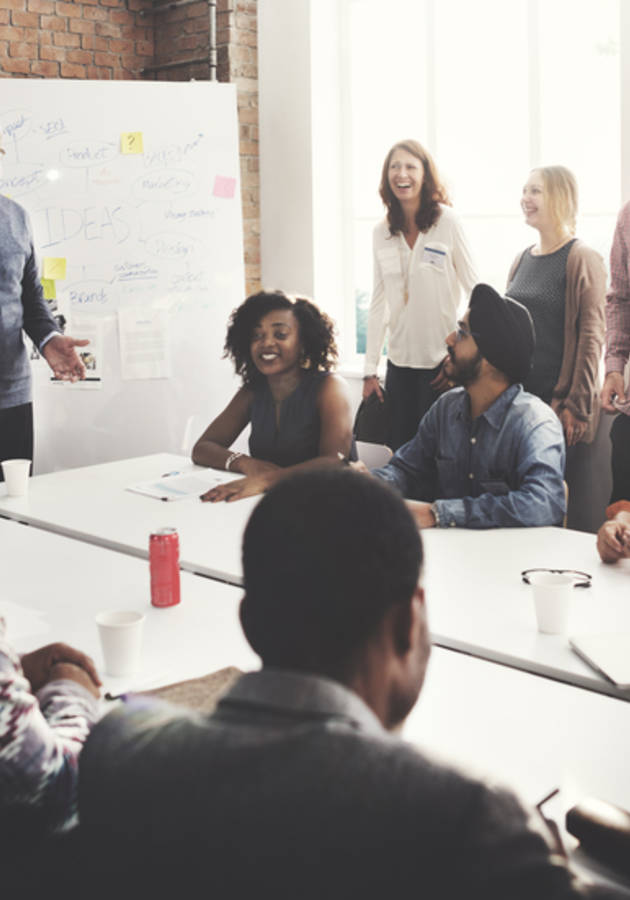 This microbook is a summary/original review based on the book: Dare to Lead - Brave Work. Tough Conversations. Whole Hearts.

It’s the 21st century, and it’s certainly an age that requires a new type of leaders. Unlike the leaders of the past – as Simon Sinek taught us – these new leaders eat last and make you feel safe.

Brené Brown is a TED superstar, a New York Times bestselling author, and a research professor at the University of Houston. She has dedicated her life to studying topics such as courage, vulnerability, shame, and she is considered to be an expert on these subjects.

And Brown has always been interested in unraveling things such as humility and safety, which is why it comes as no surprise that her new book repackages her past ideas for the business and leadership market.

This means that if you are a leader who hasn’t read Brené Brown before, then you might as well start with “Dare to Lead.” Besides, the book will probably prove to be both exciting and inspiring for anyone who wants to be a little braver at the workplace.

This bravery is not only about risk-taking, but also about being open-minded and inspiring to those who require your leadership skills.

Do you want to learn more, let’s dive right in!

The courage to be vulnerable

Look up in your dictionary – or, if you don’t have a suitable one, your word thesaurus – for the antonym of “vulnerability.” A few words jump out. The obvious “invulnerability,” the expected “immunity” and “imperviousness,” the related “strength” and “resistance,” the godlike “invincibility.”

And yet, when Brown interviewed a group of special-purpose troops of the American military back in 2014, none of the soldiers could think of a single example in which their courage didn’t come paired with vulnerability. She wasn’t surprised. Because this is the essence of her philosophy.

Vulnerability, by definition, is insecurity, and insecurity means risk. And since only those who risk winning, vulnerability is not an antonym to courage, but it’s a requirement.

“The courage to be vulnerable is not about winning or losing,” writes Brown, “it’s about the courage to show up when you can’t predict or control the outcome.”

In other words, accepting your vulnerability doesn’t mean becoming vulnerable; it means becoming a courageous adventurer, open to the possibilities of tomorrow.

For example, people who invest money to start a business they don’t know the future of are some of the most vulnerable people you’ll ever meet. And yet, these are the people who create and innovate and make the world a better place!

“We all need people who will give us feedback,”  Bill Gates supposedly said once. “That’s how we improve.” And yet, for some reason, leaders barely even know their employees’ thoughts altogether, let alone which of them are true. Moreover, it goes both ways: leaders tend to communicate only half-truths or lies to their employees because they believe this is kinder. Brown doesn’t feel that way: “Feeding people half-truths or bullsh*t to make them feel better (which is almost always about making ourselves feel more comfortable) is unkind.”

Why? Because, somewhere down the road, your employee will make a mistake for which you’ll blame and scold them severely, even though that mistake is just the inevitable outcome of your “be kind” policy.

Do you know what’s kinder? To talk to your employees, share with them your sincere opinions, and, as it only fits, expect from them very much the same. And it all starts with listening to them.

A good strategy is to also leave lots of empty space during conversations you have with them. People try to fill the empty spaces in a conversation with something and, instinctively, they start talking. And whenever they do, don’t interrupt them with preformulated responses. Wait for them to finish. They were kind enough to share their opinions with you. Now, you be as kind and share yours with them.

Braving: the best way to build a culture of trust

If you listen to your employees and share with them your sincere sentiments about them, then you’ve made your first step toward building a culture of trust in your workplace. You need a few more. The best thing is that you'll never forget them since they neatly fit a great acronym: BRAVING.

B is for Boundaries. There’s no trust between two people – let alone between leaders and employees – without boundaries; or, better yet, without proper respect for each other’s boundaries. So, set them and keep setting them until everybody feels comfortable.

R stands for Reliability. One of the worst things you can do at your workplace is overpromising. Be aware of your limitations and always try to do what you say you will. Your employees will follow.

A is for Accountability. Everybody makes mistakes. The point is to admit that, apologize for them, and try your best to not repeat that mistake in the future.

V is for Vaulting.  That’s the first rule of trust – you don’t share with people things you’re not supposed to share with them; you put such things in your vault. The truth is, once you open your vault, it ceases to be a vault. So, don’t open it.

I stands for Integrity. Talk the talk, but walk the walk as well. Holding yourself to consistent standards is difficult, but that’s why everybody respects it.

N is for Non-judgment. You know this from the way you act around your friends. No matter how bad of a mistake you’ve done, you tell them, because you know they won’t judge you. Be that boss.

G stands for Generosity. Finally, be generous to others. Not so much in a “giving away” fashion, but in “I know you didn’t mean anything wrong” mode. It pays dividends!

The best lesson business leaders can learn comes from skydiving. Why? Because the first thing that skydivers train for is hitting the ground safely. That’s exactly as it sounds!

Before they are allowed to fly through the sky, they simply jump off ladders and learn how to hit the ground. Business leaders, on the other hand, spend most of their careers cocooned, hoping for the best-case scenarios and rarely preparing for the worst ones. And then, when the latter one almost inevitably come, they are shocked and try to find ad hoc solutions. Sometimes this works, but others it doesn’t.

Teaching yourself – and your employees – resilience is the best guarantee there is that failure will always work for you. In other words, even in the worst-case scenario, you’ll at least fail forward.

“It is not the critic who counts; not the man who points out how the strong man stumbles, or where the doer of deeds could have done them better. The credit belongs to the man who is actually in the arena, whose face is marred by dust and sweat and blood; who strives valiantly; who errs, who comes short again and again…who at the best knows in the end the triumph of high achievement, and who at the worst, if he fails, at least fails while daring greatly.”

Now you understand better why Nassim Nicholas Taleb prefers doers to thinkers, and why he is interested in finding ways systems can resist shocks and stay the same. Simply put, because that’s the only way they can endure.

Be brave enough to be vulnerable

Vulnerability is not antonymous to courage, it’s almost synonymous with it. Now, how’s that? As simple as this: courage stems from vulnerability.

A heartbreak leaves you vulnerable, but it is a courageous act to start a new relationship afterward; a failed business leaves you helpless, and starting up a new company makes you even more vulnerable. Yet, that’s the only way you can find your perfect partner or make millions.

Courageous people are courageous because they’ve embraced the vulnerability of risk. “If we want people to fully show up,” writes Brown, “to bring their whole selves including their unarmored, whole hearts—so that we can innovate, solve problems, and serve people—we have to be vigilant about creating a culture in which people feel safe, seen, heard, and respected.”

And, as we mentioned earlier, building a culture of trust is a seven-step process. Fortunately, it’s easy to remember it, since Brown has, yet again, packed it up neatly within a memorable acronym: BRAVING. There you have it, you’ve braved a culture of trust!

Discover your values and take off your armor of perfectionism

You know what they say, “When the going gets tough, the tough get going.” Why? Because the tough believe in something deeper and more profound. In other words, because they’ve discovered their values and know that they are bigger than any misfortune, no matter how big it is.

Speaking of misfortunes, bad things happen, no matter what you do. So embrace them and don’t cover them up. Perfectionism leads to anxiety and depression. Vulnerability to courage and success.

We’ve seen this so many times before that it comes as no surprise to us: after a few books, authors tend to recycle their ideas and repack those in a business edition. But why shouldn’t they?

Business leaders are straightforward people, what they want to read are books written specifically for them. It’s not that you won’t find almost everything you’ll find in “Dare to Lead’ in Brown’s previous books, but here, however, it’s specifically aimed at leaders.

With "Dare to Lead”, writes leader Sheryl Sandberg, “Brené brings decades of research to bear in a practical and insightful guide to courageous leadership. This book is a roadmap for anyone who wants to lead mindfully, live bravely, and dare to lead.”

Check out Sheryl’s Lean In to get your mind sharpened and your eyes widened with regards to courageous leadership.