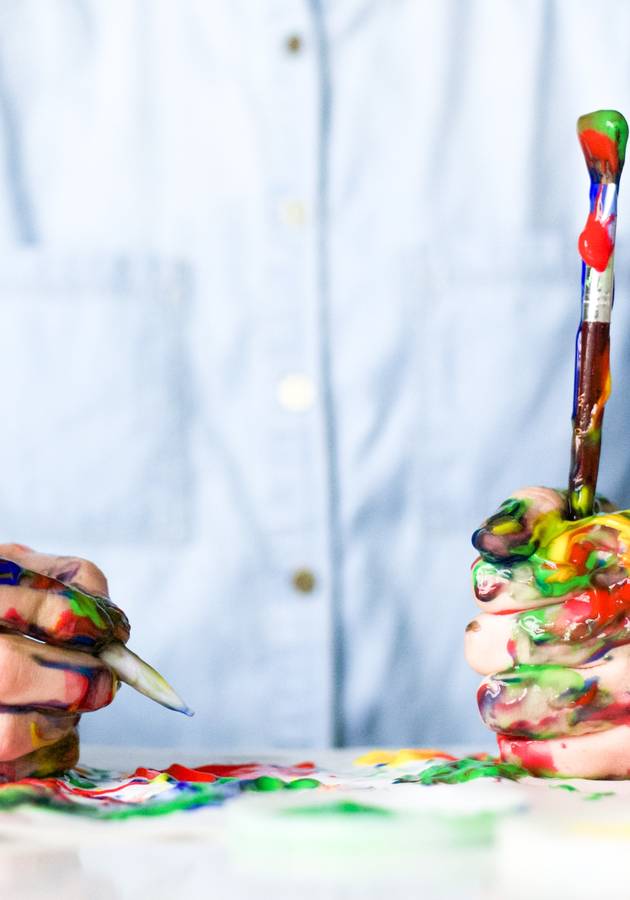 This microbook is a summary/original review based on the book: Creativity, Inc.: Overcoming the Unseen Forces That Stand in the Way of True Inspiration

Pixar is one of the most successful creative companies of our time. They created the first-ever completely computer-animated movie with “Toy Story,” and unlike many other creative companies have managed to continually build on their success.

This was largely thanks to co-founder Ed Catmull’s commitment to improving the company’s business practices. Along with writer Amy Wallace, Catmull shares the knowledge he gained in his book “Creativity, Inc.,” a guide on how to allow creative companies to thrive. So, get ready to learn how to successfully integrate creativity at your workplace!

To create a sustainable creative business culture, it is essential to involve your team. Team members need to feel like they play an irreplaceable part in your company’s success.

One way to achieve this is by giving employees more authority in making decisions. In Japan in the 1940s, mass production was revolutionized by allowing each worker to stop the production line if they noticed a problem. This not only made people feel responsibility and ownership for their project, it also gave them pride when they solved a problem. The result was that production became much more efficient.

Catmull says employees should feel they have a voice in the production process. The communication structures of a company ought never to mirror the corporate structures - employees are experts in their own work fields, and by allowing them to voice their concerns, problems are more likely to be detected and solved. On top of that, creative approaches are fostered by having people of diverse backgrounds involved in a project. When assembling a team, talent should only play a small part in deciding who to hire. It is much more important to have people who work well together, as this will generate better results. “If you give a good idea to a mediocre team, they will screw it up. If you give a mediocre idea to a brilliant team, they will either fix it or throw it away and come up with something better,” says Catmull.

In school, many of us were taught that failure meant we were stupid, or that we didn’t try hard enough. When it comes to creative work, however, it’s important to change this mindset. Mistakes are inevitable. Accept that failures, problems and hiccups are all part of the work process. It’s almost impossible to get a project right on the first try - which is why, for example, you are not expected to play perfectly the first time you pick up a guitar.

Similarly, you should encourage your employees to embrace failures as part of the process. Many people are scared to make mistakes, and this fear of failure often leads to not trying at all. If you want your company to be truly innovative, rethink the benefits of failing.

Failures are the only way to improve. Try thinking about the way scientists approach problems. They construct hypotheses, they test them out in experiments, and they analyze the results. They are on fact-finding missions, whereby the failed experiments provide information that moves them closer to the solution. Catmull says it is the same with creative processes. Often the path that did not prove to be the right one still provided important ideas that could be used later on in the project.

This means that a successful creative work environment needs to be flexible: say goodbye to advance business plans, as they are unoriginal, says Catmull. In any case, it’s impossible to know what problems a certain approach may bring up in the future, so it is always better to learn from mistakes by discussing them afterward.

Especially in creative work, it often happens that people get stuck on an idea, as successful creative work demands complete immersion on the part of the artist. To this end, Pixar has implemented “Braintrust.” Every few months, a group of smart and experienced people working on a film project get together and discuss the project. They are encouraged to be candid and to give honest feedback.

Make sure that your team members are all driven by the same passion for the project. This allows for extraordinary dedication to the work, and also ensures that even when things do not run smoothly, people will persist and continue working on the project.

During the production of “Toy Story,” for example, the production managers had been treated as second-class workers by the artists and technicians. They stayed on, however, because they knew that creating the first completely computer animated movie would make filmmaking history.

Catmull says that Pixar is led with three guiding themes in mind. First, the storyline is the most important aspect of the production of new movies. Second, they try to trust the process of producing a film. And finally, Catmull believes that anyone can be creative, which is why he tries to involve everyone equally.

At Pixar, every employee is allowed to decorate their own work space. They are given complete freedom to do this - some employees work in a tiki hut made of bamboo, and others literally work from a castle, with 15-foot-high Styrofoam turrets. This shows how much Pixar values self-expression, and similarly, the opinion of every single employee.

Catmull says even having the right kind of meeting table can make all the difference for your employees to feel included and equal to others. Initially, Pixar meetings were held around a rectangular table, meaning that only those sitting in the middle felt included and valued. When a square table was introduced instead, it quickly became clear that all those who had been sitting on the outer edges in previous meetings felt they could now share in the discussions.

Be humble as a leader

Good leadership enables creative work. To be a good manager, you have to lead by example and create a fertile work environment. Be open-minded and approachable. Give your employees the feeling that they and their opinions are valued. When you talk to them about a problem, for example, listen to what they say. Don’t interrupt, and show them that you are willing to do whatever is necessary to bring about a resolution.

Authenticity is another important character trait in good leaders. Always share the progress of your work with your employees. It can be tempting to hide mistakes to make you appear to be a stronger leader, but, in fact, your default mode shouldn’t be secrecy. Candidly sharing the steps of the work process - especially when things go wrong - builds trust and respect with your employees.

When hiring new staff, Catmull suggests hiring people who are smarter than you. Many leaders find this idea daunting, as they fear being replaced. But Catmull believes this is the only way to continually evolve as a company, as smart employees will bring new ideas and better problem-solving skills. Trust your employees, and they will trust you.

Problem-solving is also an integral part of management itself, and often demands creativity. “There is the problem you know you are trying to solve - think of that as an oak tree - and then there are all the other problems - think of these as saplings - that sprouted from the acorns that fell around it. And these problems remain after you cut the oak tree down,” says Catmull. So even when you’ve resolved one problem, there will still be others that need attention, so be open to continuously question your business practices.

Finally, always remember: successful companies are not only made from talented staff and creativity. A good bit of luck also helps, so embrace change in order to grow as a company.

It’s important to be open to other people’s views and to remain flexible as a company. It can be easy to believe that our own view is the only correct one, but when we think this way, we lose out on the chance to have a truly innovative business. Here are eight ways in which Pixar encourages continued successful collaboration and creativity:

Whether you’re a fan of Pixar or not, as long as you value creativity, you will enjoy this book. Part memoir, part instruction manual to successful management, Catmull’s rich writing has engaged readers far and wide. George Lucas, creator of the “Star Wars” movies, is a fan as well, saying,: “What Ed Catmull shares is his astute experience that creativity isn’t strictly a well of ideas, but an alchemy of people. In Creativity, Inc. Ed reveals, with commonsense specificity and honesty, examples of how not to get in your own way and realize a creative coalescence of art, business and innovation.“

Do you see failure as part of success? If not, try to change your mindset and see mistakes as part of the progress towards success.

Edwin "Ed" Catmull is a computer scientist and current chairman of the animation studios at Pixar and Disney. As a scientist, he has contributed to several important developments in computer graphics. Edwin Catmull was born in Parkersburg, West Virginia. Born in a Mormon family, Catmull was the eldest of five brothers and, as a young man, served as a missionary in the New York City area of ​the 1960s. Earlier in life, Catmull found inspiration in Disney films such as Peter Pan and Pinocchio and dreamed of becoming a full-length animator. He even made animations using flip-b... (Read more)