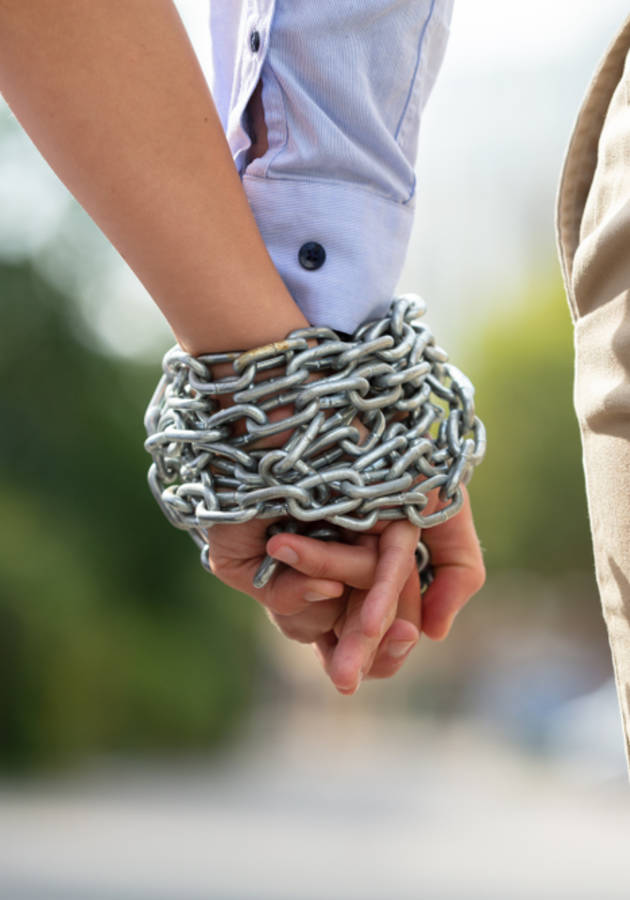 This microbook is a summary/original review based on the book: Codependent No More: How to Stop Controlling Others and Start Caring for Yourself

Published in 1986, “Codependent No More” quickly gained the headlines. In it, Melody Beattie tries to address the struggles of different groups of people and the necessity to develop an attitude to tackle the codependency.

We all share somewhat similar attachments to people and things. The problem arises when we fail to put our interest first, which forces us to give up to the demands of others and neglect our own. The feeling of failure comes as a consequence of this lifestyle, which drains you of your time and energy.

Are you codependent or not? Let’s find out!

The first encounter with dependency

Melody recalls that her first-ever encounter with codependency was during the 1960s. At the time, people known for their addiction were not labeled as codependents but had other labels attached to them. With time, the concept of codependency swept across the world, producing different forms of people with addiction – to substances or to other people.

Melody argues that codependents are not even aware that the atmosphere surrounding them radiates their addiction.

You can find a wide spectrum of people who run through life without a compass, always seeking comfort and approval. Different theories exist about what causes this obsession to surface, but we are interested in more than just theories. First, you have to understand the group of people that is prone to this way of life. They exhibit insecure submissiveness and, almost always, you can see them prioritize their feelings.

They are known for their habit of overcomplicating things and pondering excessively on whether they should have done something differently or not. Moreover, codependents are vulnerable to criticism even though they spend most of their time wallowing in self-analysis. They don’t feel insecure before the opportunity to beat complex systems using any means necessary.

You cannot help but notice that codependents must deal with a handful of problems including the scariest one of all: separating the truth from the lies.

In all honesty, there are innumerable definitions about codependency. All of them are focusing on the consequences of codependency and less on the actual causes that fuel this should. We call it a disease.

On the inside, codependents have this innate urge to ingratiate themselves with society and are portrayed often as benevolent and kind. As stated in the book, the progressive nature of codependency can define it as a disease.

From a medical perspective, some early symptoms are visible and, if detected, can be attributed to the rise of codependency in a person. Those signs link to depression, isolation, and suicidal urges.

Nowadays, people see this type of disease with different eyes, often peered through the fog of delusion.

Rarely are self-destructive tendencies addressed at their beginnings, which gives them enough time to take over a person’s life. As a reader, you may wonder how a codependent can treat this illness? Assistance is needed but not always given.

Melody believes that emotional, mental, and spiritual health can never be taught. The only thing you can do actually to motivate a person or to encourage them is to take certain actions.

Codependents find it extremely tough to find love and peace in the small things as they are often overwhelmed by anger and prone to overthinking.

The profile of dependency

Codependents like most other people overthink on lots of things, but the peculiarities are what predetermines a person’s codependency inclinations.

This is not an accurate portrayal of a codependent individual, but it serves as a good starting point. It’s merely a profile that can help us dispel doubts regarding the urges of these people.

This leads to the next talking point that codependents are not attached solely to people but to the environmental situations as well. They are somewhat compelled to put the feelings of others above theirs with total disregard for their interests.

Attachment is a problem in itself. You don’t need any extra encumbrance to give it a reality check.

It’s like being caught up in a fishing net, sometimes even unaware of your captivity. Obsession with another human being or situation is also another way to see the disease because it de-emphasizes a person’s real needs.

Melody defines the triangle is composed  of three main roles: rescuer, persecutor, and victim. The role-changing and other emotional inconsistencies sustain the flexibility in this process.

Sometimes, when we take care of our beloved ones, we put our basic needs and interests aside. This behavior may create some destructive inner patterns and put the entire life on hold. It’s a path that nobody wants to take.

Don’t remain as a victim, because caretaking is one form of oppression. Nobody is saying that you shouldn’t show signs of empathy, but you should bring your real intentions into line with your urges.

Sometimes, we feel like the people cannot be held accountable for their wrongdoings and we decide to DO the backbreaking work on their behalf. However, this doesn’t justify why you’re neglecting yourself!

A recipe for disaster is “needing,” because it can cause several trouble. It’s completely wrong to base your happiness on things or other people, especially if the needs of others represent the axis around which your life spins. This predicament only depicts your emotional insecurity and inability to take control of life.,,

Now and then, people also have this habitual tendency to play tricks to conceal their dependency. Why would a person do such a thing? Aren’t we capable of judging our capability without necessarily adding a negative stigma to it? Here are a couple of ground rules that might help:

Self-care and its effects

Self-care does NOT correlate with the position you have in society, nor does it reflect what others think of you. Moreover, it signifies our sincerity in handling relationships and the pressure of the issues that may crop up.

As long as it doesn’t pry into other people’s lives and prevent others from doing that too, it’ll be fine. If you put your interest upfront, you don’t have to feel ashamed, because there is nothing wrong with being a little selfish.

Since codependents rarely take their well-being into account, they suffer. By no means should you feel selfish in taking a stance for yourself!

The magic lies in understanding that pleasing others is not going to be enough. Perceiving yourself as the underdog in the arena is harmful, people will notice your weakness and will try to seize upon the opportunity.

The question is: how to attain a peaceful state? A person needs to go through the five-step process listed below:

A deep mental impasse also comes about when people believe that being angry is a sin. Let us lay some things that codependents are convinced that:

Nevertheless, a person must not take for granted the idea of self-development that promotes the rise of self-reliant individuals. When feelings come rush in, try to stay calm and subdue their effects by keeping both feet on the ground. Tackle the codependent traits and laws you live by!

The effects of codependency

If you are unaware of the calamity induced by the lack of independent spirit, then you’re really putting yourself in a secondary-position. Remaining dependent is being weak, and often people will make take full advantage of that. Stand up for yourself and focus on your well-being. Even if the odds are stacked against you, giving up is not the way to go!

Don’t try to become one of those people who despise change. To thrive, a person needs to tackle the codependent spirit and accept full liability for every action. Be prepared to exploit every ounce of energy at your disposal to grow.

We hope that you’ve learned something about dependency and how you can come out on top if you ever face a similar struggle.

This book will prompt you to climb the highest point and have a broad overview of how your life should be structured. The mindset that you nurture is going to be either your best friend or your worst enemy.

It is of utmost importance that you locate the things that are keeping you down and leave you stranded in the world of attachment.

Melody Beattie is an American author of self-help books on codependency and a household name in addiction and recovery circles. She endured a difficult period in her adolescence, fighting aga... (Read more)

Codependent No More is now available in the 12min app! Download now and read for free.

Codependent No More is now available in the 12min!

The microbook based on Codependent No More is already available on 12min. Leave your email and you will receive a invitation to download the 12min app. Our app is available for iPhone and Android and in it you will find all our microbooks in text and audio. By registering, you get 3 days of unlimited access!