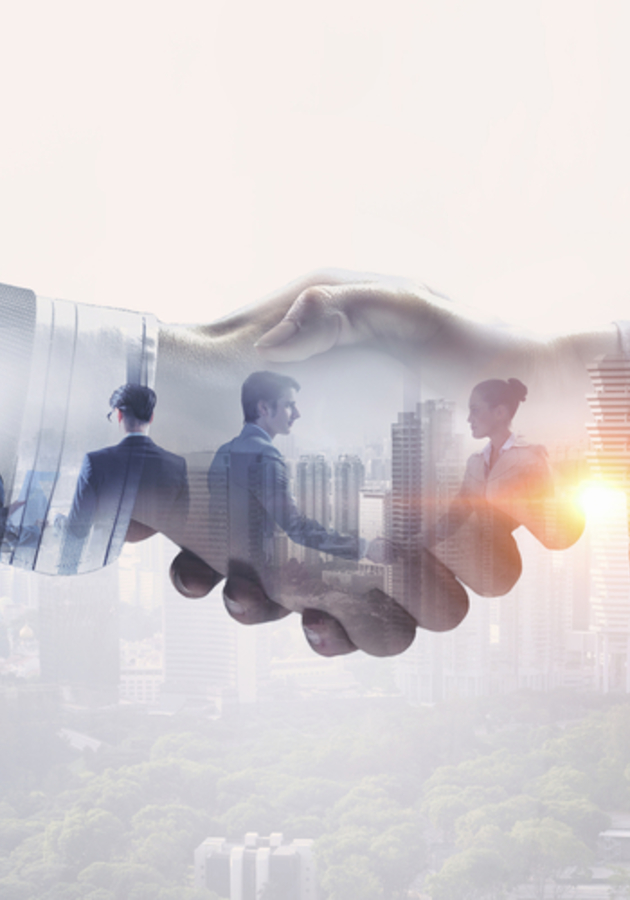 This microbook is a summary/original review based on the book: Business @ the Speed of Thought: Succeeding in the Digital Economy

In the early 2000s, the arrival of new digital technology and the internet transformed the way business was conducted. The co-founder of Microsoft, Bill Gates, endeavored to prepare companies for the new challenges of the Information Age in his book “Business @ the Speed of Thought.” So get ready to learn how to make your business more effective using strategies employed by Microsoft!

Business in the Information Age

Writing in the late 1990s, Bill Gates predicted the crucial role the internet would play in the future of business. He predicted that the 2000s would be characterised by an increased velocity; businesses would have to adapt to a quickly changing world, and the flow of information would move much more quickly than before.

This obviously meant that businesses would have to adapt by investing in digital technology. At the time, most companies had already invested in the basic building blocks, such as PCs, networks, and email communications. For 80% of these investments, however, companies were only getting 20% of the benefits, meaning they were not using the technology available to them in the most effective way.

To make the most of digital technology, Gates says business owners must understand what is possible and use technology to get the right information quickly to the right people in the company. By combining standard hardware with standard software, you can create powerful computing solutions, no matter the size of your company.

In the late 90s, Bill Gates already realized that in the future, people would be much more interconnected than ever before and that we would be able to access information from anywhere in the world through “portable digital devices.” That is why he introduced a “digital nervous system” at Microsoft, in order to enable a smooth flow of information throughout the company. With such a system, you can energize the three major elements of your business: processes, employees, and customer-partner relationships.

Of course, success does not depend on information alone. You will also need a sound business strategy. But information is essential for modernizing processes, to increase quality and to improve your business execution. When you assess the information available to you correctly, you will be able to put your employees to their best use as well as learn from your customers.

Analyzing your information can also help you identify the next opportunity for growth. Often, this is in an unexpected field. Take Sony as an example. The company went from producing Japan’s first electric rice cooker to becoming a global leader in electronics, and the movie and music industries.

In order to successfully manage the information out there (on possible competitors, on the market, on your customers, for example) you need to establish an excellent digital nervous system that enables the flow of information throughout the company.

The individual handling of business procedures at subsidiaries also extended to financial reporting. Microsoft would receive different formats of financial reports according to what worked best in each country. This was a problem however, as attributes such as cost were often based on different factors in each country. That was why Microsoft introduced PC spreadsheets to keep track of costs - a cost-basis profit and loss financial that excluded intercompany markups or commissions.

These were much more useful and were quickly adopted by the subsidiaries as well, which is why Microsoft had a much easier time centralizing their sales transactions into a corporate-wide system later on.

To stay efficient and reliable, many companies immediately scramble to automate basic operations. But since this approach means using whatever solutions are available at the time, this also means that you will be left with incompatible systems - you are missing the links resembling the neurons in your brain.

There are two primary purposes for a digital nervous system, according to Bill Gates: “It extends the individual's analytical abilities the way machines extend physical capabilities, and it combines the abilities of individuals to create an institutional intelligence and a unified ability to act.” In short, it creates corporate excellence by combining the efforts of individuals and the knowledge about the customer.

Managers at all levels of the company should have access to information so they can analyze and act on it on a regular basis. Too often, information is only gathered when a consultant is hired for the company – but you can just as easily spot new opportunities for growth yourself when managers make it a daily practice to look at the data available.

In 1996-1997, Microsoft was looking at how best to gain new, small- and medium-sized companies as customers. They began by combining the data available: Microsoft Sales, U.S. census data, the number of PCs per city, and the number of Microsoft partners in each city.

Once the data had been merged, it was analyzed in multiple ways, in order to spot a correlation between sales numbers and marketing activities. Eventually, using electronic tools and various sources of information, Microsoft was able to identify 80 cities where a new marketing campaign was likely to be successful.

So how do you create a useful digital nervous system for your company? Here are 12 simple steps you need to follow:

Every business will need to be adaptable in the face of unexpected developments, events, and problems. Your digital nervous system can help you do that. For Microsoft, the most disruptive event was arguably the advent of the internet. In 1995, multiple experts predicted that the internet would put Microsoft out of business.

Rick Sherlund, the longtime Goldman Sachs & Company expert on Microsoft, even downgraded Microsoft’s stock in mid-November because he believed Microsoft did not have “a compelling Internet strategy.” However, Microsoft quickly turned the ship around and became one of the leading companies in the internet industry. How did they do it?

By and large, the main reason why Microsoft was able to adapt to the change so quickly was thanks to the digital nervous system of the company. In fact, it was not Bill Gates or even any of the other senior executives who spotted the potential of the internet – it was a small group of dedicated employees who had identified the trend.

Thanks to the open flow of information at Microsoft, the knowledge workers on the bottom rungs of the company hierarchy felt like they could approach those at the very top and encourage the development of an internet strategy. According to Bill Gates, in an Information Age company, all knowledge workers should be part of setting a strategy.

Gates also highlights the importance of addressing problems head-on, and even seeking them out. In the early 90s, Microsoft had a failed endeavor in digital TV, as it was not developing as fast as had been expected. For a while, the Microsoft team kept plodding on, even though it was evident that the project was losing them money. At Microsoft, people were reluctant to address this particular problem, but in order to lead a successful company you need to stay alert and agile.

For any business to survive in the fast and ever-changing Information Age, a business needs to stay agile and alert. Create a “digital nervous system” to connect the departments of your company and to allow for an open flow of information. In a company culture where everyone is involved, and people can freely communicate, opportunities for growth are identified quickly and the overall value of your company increases.

“Business at the Speed of Thought” provides a unique historical window into how companies were adapting to the new digital age in the late 1990s and early 2000s. Some of the lessons shared by Bill Gates in this book retain much of their relevance to this day.

Ensure that everyone in your company has the opportunity to communicate with everyone else. An open flow of information makes your company more adaptable in the face of challenges.