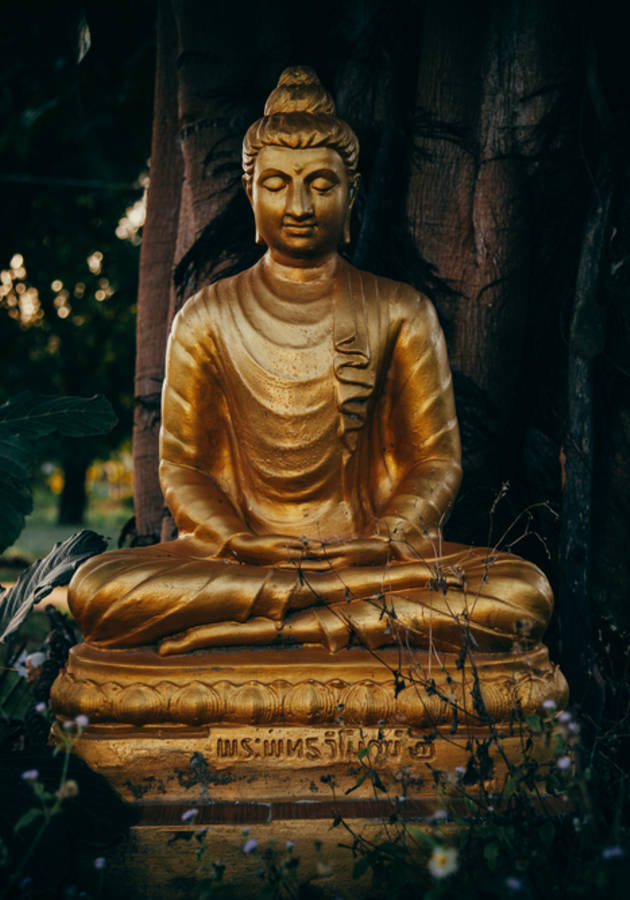 This microbook is a summary/original review based on the book: Buddha’s Brain: The Practical Neuroscience of Happiness, Love, and Wisdom

In an age of fake news and alternative facts, it’s not a bad idea to consult as often as possible the opinions of people with one or two titles attached to their names. At least, in theory, they should help you stay on the safe side of the truth.

So, we guess it’s not dangerous to say that he should know a thing or two about the topics he writes and speaks about.

And, in “Buddha’s Brain,” he explores the nature (or, as he says, “the practical neuroscience”) of happiness, love, and wisdom – basically the holy trinity of things-you-want-desperately-in-your-life!

Consequently, we can think of many reasons why you should stay with us the next 12 minutes reading on. So, let’s go!

Mind vs. matter: The self-transforming brain

Let’s kick off with a simple, yet a fundamental distinction: your mind and your brain are not the same things.

In a way, they differ in much the same way that an eBook differs from a traditional book: the latter is physical, while the former merely virtual. In our case, the brain is a biological and pretty tangible bundle of synapses. The mind, on the other hand, is the sum of the mental processes that synapses produce.

Now, what if it was possible to reverse this link? In other words, what if the mental processes (mind) were capable of changing their physical generator (brain) structurally? Wouldn’t this give you lots of power? No doubt it would!

Well, interestingly enough, science has almost conclusively proven that this is not only possible but that, moreover, it happens on quite a regular basis! “The principal activities of brains,” wrote the celebrated American cognitive scientist and artificial intelligence pioneer, Marvin L. Minsky, “are making changes in themselves.”

Another intellectual giant of the 20th century, Canadian psychologist Donald Hebb spent lots of energy trying to figure out how these changes occur.Better yet, how something as concrete as a neuron contributes to the mysterious psychological phenomenon of learning.

Thanks to Hebb, neuroscientists today are capable of speaking about neural networks and something they refer to as Hebbian theory – Hebb’s rule for short.

The rule is often aptly summarized in this manner: “neurons that fire together, wire together.” In other words, mental activity creates new neural structures.

Buddha and the power of a positive outlook

Once you think about it, it’s not that strange, really! After all, bodies become much more muscular for people who exercise than for those who don't.The brain is just another organ. Like any other organ, you can also exercise it. The only catch is that the exercises it needs are somewhat different and less tangible than the ones aiming for a six-pack.

Thinking about happiness and what makes you happy (i.e., developing a positive outlook) is one of them. According to Rick Hanson, it is one of the keys to leading a happier, more fulfilled life.

Why? For the same reason that your right hand would be more developed and toned than your left  in case you are a right-handed tennis player!

Still can’t see where we’re going with this?

Let’s formulate this in more understandable terms: areas of your brain associated with happiness will be more developed than those associated with sorrow if you are a positive-thinking person.

Hanson discovered this not while reading new scientific books, but by applying what he had learned in his studies to the case of Buddha.

About 2000 years ago, this great man then still called Siddhartha decided to look deep inside his mind and discovered there both the causes of suffering and the path to freedom from suffering. Since then, he wandered throughout northern India for the following four decades teaching all who would listen to three things:

• “Cool the fires of greed and hatred to live with integrity” (aka virtue).
• “Steady and concentrate the mind to see through its confusions” (aka mindfulness or as concentration).
• “Develop liberating insight” (aka wisdom).

Virtue, mindfulness, and wisdom are not only the three pillars of Buddhist practice, notes Hanson, but also the “the wellsprings of everyday well-being, psychological growth, and spiritual realization.” Let’s explore this further.

The evolution of suffering and the theory of the two darts

Have you ever heard of the naked mole-rat? If not, it is an African rodent that lives about ten times longer than all creatures of similar size. A reason for its longevity is the lack of a particular neurotransmitter called substance P, which is associated with pain in most animals.

In other words, mole-rats don’t feel any kind of pain. Most of the other animals are not so lucky: they feel pain much as you would expect, in a highly reactive way. If you prick them, they bleed.

Humans, however, evolved just too complex nervous systems for their own sake. “Only we humans worry about the future, regret the past, and blame ourselves for the present,” writes Hanson. “We get frustrated when we can’t have what we want, and disappointed when what we like ends. We suffer that we suffer.”

To put it simply, suffering is evolution’s way of telling us to stay away from something. The difference between ancient and modern people is that nowadays we fear much more abstract things than snakes and spiders such as, say, shame or embarrassment.

It is an old part of the brain and, frankly, there’s not much you can do about it. It will always be programmed to feel pain if hit with a very physical (hot plate) or an abstract “dart” (being not loved back). What you do next is what makes the difference!

Because once the brain absorbs the first dart, the ball is on your mind’s court. Now, you can accept the sting and end the pain there, the sympathetic nervous system (SNS) will do the rest, or you can go on thinking and screaming and raving about it and send the SNS into overdrive.

This may be the most valuable lesson of this book: what makes you unhappy, in most cases, is not the first dart that you couldn’t control. It is the second one that you could. And that’s really tragic!

Three techniques to make yourself happy

Fortunately, there is a way to fight this! And as you might have guessed by now, you just need to teach yourself to think differently.

Mindfulness is perhaps the best starting point. Defined as the psychological process of bringing your attention to the experiences of the moment, you achieve mindfulness via meditation essentially. It is a state of complete awareness and attention control. And studies have shown that it also (quite literally) enlarges your brain – the same way orientation does in cab drivers!

What’s the secret behind these positive effects of mindfulness?

So, when you are mindful, you are allowing your nervous system to rest, freeing it from the grips of the very necessity to evolve, but nowadays just too stressful, and often redundant, fight-or-flight mechanism.

The art of visualization and affirmative thought is another way to force your brain to respond the way you want it to through the actions of your mind.

After all, if your brain is sure that you are not good at something and this has pretty real effects (such as forgetting how to shoot free throws under pressure), then why wouldn’t it be possible for you to hack the system and convince the brain that you know your way around?

Indeed, if you actively use affirmatives such as “I’m a good and happy person and will make a change in the world,” in time, the brain starts releasing neurotransmitters that actually make you feel good and happy – ready to do something.

Think of it this way: you salivate even if you just think of pizza. In the same manner, if you can visualize something, your brain will react to it even if it is false. And, thus, in a few years, it will produce a suitable environment for you to make it come true.

One last thinking technique to make yourself happy is the practice of composure or as George’s father would say, “serenity now!” (Sorry, but we couldn’t resist the Seinfeld reference).

Composure is the state of calmness due to having control over things. It is a way of letting your feelings sink in a bit so that you can absorb the first blow (the stinging of the first dart) and, subsequently, react to it in a thought-out, rational manner – not reactive, nor emotional.

When you are composed, you know the precise difference between unreasonable cravings and genuine necessities and, thus, can delineate your existence much better.

For example, you might want to become a successful businessman in life and, given this objective, you might be inclined to devalue everything that doesn't mean success in business. Hence, you are bound to make yourself unhappy precisely because of what makes you happy.

Composed people, however, understand that business success is not easily attainable and that it wouldn’t be the end of the world if you don’t achieve it. So, they can be happy even with smaller things in life – as everyone should be in the first place.

Love and compassion are in your DNA

One last thing. Believe it or not, your DNA has hardwired love and compassion.

Humans have evolved to need and to give love. Without the love of a human parent, a human child will never grow healthy enough. And without society – especially one founded on empathy and compassion – humans would not have reached the top of the evolutionary chain.

Think about that for a bit. And start cooling the fires of greed and hatred so that you are finally able to start living with integrity and peace.

“Buddha’s Brain” is a comprehensive and reader-friendly study of the relationships between Old World practices, as meditation, and the newest neuroscientific findings, as Hebb’s rule. In itself, it is not only an interesting, but also excellent book.

There are some unproven scientific findings Hanson takes for facts, though, and this diminishes the power of his arguments from time to time. But, one way or another, his advice seems reasonable to heed to – even if a person is skeptical about its scientific basis.

In other words, “Buddha’s Brain” can help a person learn to lead a happier, smarter, and more love-filled life. What more can you ask from a book?

Rick Hanson is a psychologist, meditation teacher and author of eight books. Throughout his years in medicine and psychology, he managed to help couple... (Read more)