Breaking the Habit of Being Yourself - critical summary review 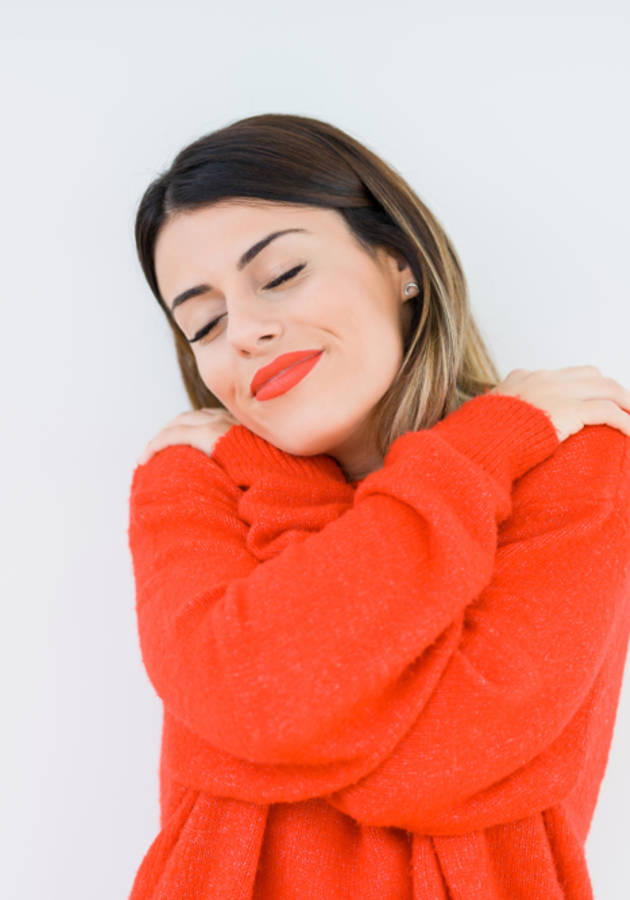 This microbook is a summary/original review based on the book: Breaking the Habit of Being Yourself - How to Lose Your Mind and Create a New One

Tired of being yourself?

Let’s face it: no matter who you are, your life has almost certainly been plagued by bad habits ever since you were a child. And, since this is a book about how to break them, you have to stay open-minded while we dive into the narrative.

What if there was a way to reinvent yourself from scratch?

With this in mind, we feel that we need to warn you straight from the start about a couple of things.

First of all, this book references many scientific concepts from different fields, so be prepared to grapple with some light neurobiology and quantum physics if you want to embark on this journey of self-remodeling with Dr. Dispenza.

And what if you already know this intuitively, and have already mastered it, but in the wrong departments?

Open a page for new life

At one point during their beautiful correspondence, René Descartes writes to Elisabeth, Princess of Bohemia, pondering about the strange nature of humans.

Isn’t it weird that people are capable of being unhappy regardless of how happy their circumstances actually are?

In other words, even if everything is going your way, your mind can still bother with things such as why someone else is feeling bad at the same moment. On top of that, it’s almost impossible to spot these cues that cause such inner turmoil if you are not geared up with the right attitude.

Even though the above is an undeniable fact, we’re sure you’ve gone through similar feelings at some point in your life.

Namely, if your brain can make you feel unhappy even though you should objectively be happy, why shouldn’t the reverse be true as well?

Dr. Joe Dispenza is curious about your ability to change your internal state, which doesn’t require any form of external approval to kick things off.

If you stick for a while, you’ll receive a rundown on what it takes to turn the tables around.

But it’s also the main idea of Dispenza’s book. And the author digs deep to explain it. So, we guess that we’ll have to do the same as well.

Now, we’ve already mentioned quantum physics before. But the only thing we had the space to point out to you back then was how strange and bizarre it is.

And we summed up this strangeness in a single sentence: “Believe it or not, quantum particles assume characteristics only when observed!”

Well, this is what attracted Dispenza’s attention the most. And the best way to demonstrate what it could mean, in practical terms, is by using the Schrödinger's cat thought experiment. Now, the science behind its weird consequences is unquestionable.

The experiment boils down to this: a quantum system – say, an atom or a photon – can exist in multiple mutually exclusive states at one single moment. This is called quantum superposition, and it’s really strange to think about it, even in theory.

Back to our cat, or better, Schrödinger’s cat.

If we put it in a box with an object that emits radioactive waves, it’s undoubtedly true that at some point it would die. However, quantum physics suggest that until we open the box, we must assume that it is both alive and dead.

Because the cat, too, is built of atoms. And that’s how quantum superposition works!

The potential you’ll be that you’ll never see

Now, that’s a line from an Elliott Smith song. But it’s also something Dispenza firmly believes in – and wants you to understand it!

If you still have problems understanding the experiment above, allow us to help you a bit: matter may not be as definitive as we thought a century ago. It seems that everything behaves as both a particle and a wave.

Our scientific observations allow us to fix things into more permanent forms. As strange as this sounds, most scientists think that this interpretation of quantum mechanics – called the Copenhagen Interpretation – is our best guess at how the universe works.

If you think that’s strange, wait until you hear how SF its consequences sound!

To put it briefly, we have a chain of conditions. If something can be in superposition of all its possible states at once, added the condition that our observation reduces the superposition to a single state, and considering true that that information mustn’t be lost, then there is an infinite number of parallel universes (a many-worlds multiverse). And across this infinite number of parallel universes, practically everything has already happened, is happening or will happen!

“Change your thinking, change your life” isn’t merely a metaphor. It’s literally what may be happening every single second.

Live out your desires in the present

We believe that we have already made a case for why Ford would think that.

Some of the greatest scientists alive believe that it is quite possible that we are living in a universal choose-your-own-adventure narrative!

The difference between our lives and choose-your-own-adventure books, however, is that in the latter case, you can always go back to the branching page and choose once again to experience the other adventure.

Nevertheless, life doesn’t work that way. Every choice you make leads to an irreversible outcome that leads to another decision, and so on and so forth.

There are no “undos” in life.

However, as many books have taught you by now, there are dreams and fantasies and creative visualizations. Well, Dispenza has a message for them all:

The quantum field responds not to what we want; it responds to who we are being. In other words, thinking isn’t enough.

Thinking is merely the starting point of the process of reducing all of your possible realities to the one you want to live in. Yet, if you want to make your desired reality real, well, do exactly that: start acting as if you are already living inside your visualizations. But that’s something biology and neuroscience can probably explain much better.

Thinking happens in the first of your three brains.

The limbic brain (responsible for your emotions)

The cerebellum  (responsible for your habits and your behavior).

These three brains are interrelated, so you can’t change anything if you use only one of them. You need to force them to communicate in a way that you can translate your thoughts into genuine emotions and actions, and your actions into your character.

Here’s how it works in practice!

Say you want to become a more courageous person.

The first step is to activate your neocortex. Meaning: you need to find yourself a model – or, even better, models – and study their actions. Want to be a Maya Angelou or a Winston Churchill? Read about them and teach your neocortex what they did to become who they are.

Then, it’s time to put your Limbic brain into action. When a situation arises demanding bravery, willingly force your body to act the way you tried teaching yourself that’s the best one.

Now that your body has understood bravery, it will be easy to repeat the action a second time, in the next similar circumstance. After all, the "first time is the toughest" for a reason.

Do a thing for two or three times, and you can be sure that your cerebellum has registered it as a part of your character.

Meaning: you’ve successfully gone through the process of becoming who you want to be!

Become who you want to be – from brain cell to gene

“The latest research,” writes Dr. John Dispenza, “supports the notion that we have a natural ability to change the brain and body by thought alone so that it looks biologically like some future event has already happened.”

Because you can make thought more real than anything else, you can change who you are from brain cell to gene, given the right understanding.

You can find that quotation in numerous different versions, but the link is always the same: it starts with thoughts; it ends with character and destiny!

Don’t play with your past memories

Your brain is the reason why you are more than your genes. And, unsurprisingly, your brain can affect your genes.

In fact, even as you’re reading this article, it does exactly that, affects your genes.. The problem, however, is that you are not exactly using its full potential and, in doing so, basically limiting yourself to being what your past has nonchalantly taught you without your intervention.

Think about it this way: you won’t change if living out in your memories. Because that’s exactly who you are in the first place.

But you can change if living out in your fantasies. Because that’s exactly who you want to become in the future.

Or, in the words of Dispenza: “When you think from your past memories, you can only create past experiences. As all of the ‘knowns’ in your life cause your brain to think and feel in familiar ways, thus creating knowable outcomes, you continually reaffirm your life as you know it.”

And since your brain is equal to your environment, then, at each morning, your senses plug you into the same reality and initiate the same stream of consciousness… If you want a new outcome, you will have to break the habit of being yourself and reinvent a new self.

Learn how to bridge the identity gap and be happy

Now, be aware that becoming who you want to be doesn’t mean that you’ll end up being happy. There are people that have perfect lives,yet, they struggle. According to Dispenza, the reason for this is that they are not exactly themselves.

Because who you are is made of at least two people to start with: how you see yourself and how others see you. Regardless of whether you want it or not, this is the identity gap everyone has to deal with every single day of his or her life.

You can only be happy if you bridge the gap, that is if others start seeing you the way you see yourself.

You can do that using some of the methods above.

Because meditating,” as he explains, “is the route you must take to move beyond your analytical mind so that you can access your subconscious mind.” That’s crucial since the subconscious is where all the bad habits and behaviors that you want to change reside.

Breaking the Habit of Being Yourself is certainly a unique way of linking your habits and your happiness with neuroscience and quantum physics.

We are not experts enough to know how much of it actually holds water.

But we do know people who are happy with the results of putting in practice some of its advices. So, if you are like us, ignore the science, but try the exercises.

In addition, you might want to have a glimpse into The Seven Spiritual Laws of Success by Deepak Chopra in which you’ll learn how to be the best version of yourself.

Joe Dispenza is an international researcher, lecturer, consultant, educator and author. He has a bachelor’s degree from Evergreen State College and a doctor of chiropractic degree from Life University. A New York Times bestselling... (Read more)