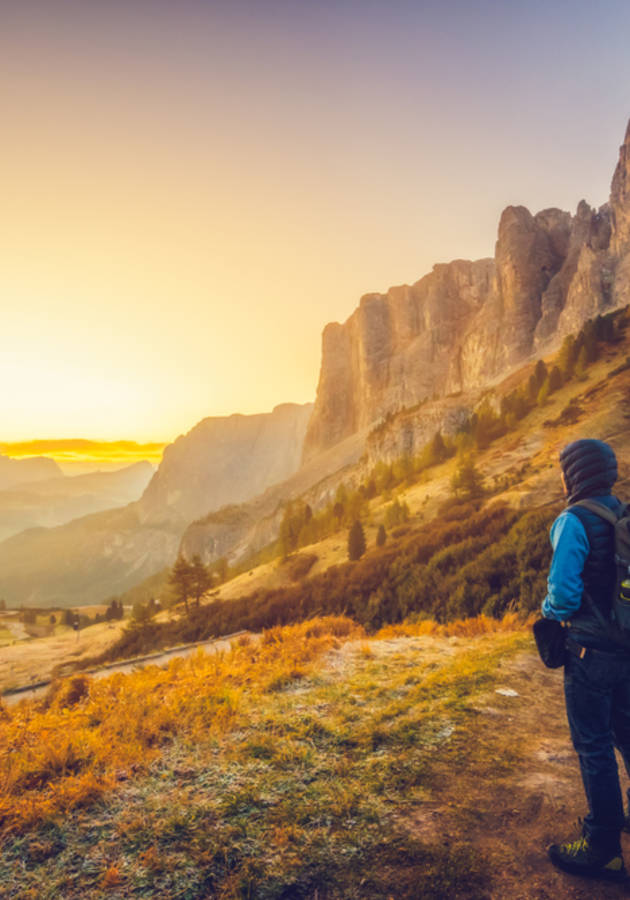 This microbook is a summary/original review based on the book: Braving the Wilderness - The Quest for True Belonging and the Courage to Stand Alone

By now, you should already be familiar with most of Brené Brown’s interests: vulnerability and courage, humiliation and pride, belonging and being an outsider. Meaning: we don’t have to introduce her at all.

Ever since her TED Talk on vulnerability became one of the Top 5 Talks of all time, Brené Brown has basically become a cultural icon! You know her, you love her, you want to hear her thoughts on everything.

So, let’s join her on the quest to unravel some of the critical issues that concern both students of social sciences and common folks who just need someone to talk to.

The live we are forced to live

We all live in a bubble. And no, we’re not talking about multiverses or Bitcoin or any other kind of scientific or economic bubble. No.

We’re talking about something that, based on urgency, it may be even more serious. Namely, the filter bubble.

Put simply, the filter bubble is a state of intellectual isolation caused by personalized searches. They make your life easier, of course, but they also make humanity’s future bleaker.

Why? Because instead of using the Internet to connect with other people with different experiences and worldviews, you are using it to reinforce your previous beliefs and disconnect from everything else!

The Internet was supposed to usher us into an age of interrelatedness. Instead, it is merely making us lonelier by the minute.

You see her now all smiling and vivacious, and you are immediately overwhelmed by the feeling that she has her life all figured out.

And then you hear her sharing some of her past experiences and realize that she may have already had more problems than you ever will.

In fact, most of Brené Brown’s childhood was marred by a crushing fear that she didn’t belong anywhere.

As a little girl, she was oftentimes marginalized by everybody. It was a poisonous, racially segregated environment, and the white girls at her school didn’t like her African-sounding names: Brené and Cassandra (Brown’s middle name).  Besides that, African-American friends were somewhat afraid to hang out with her. So, she was neither here nor there for most of her childhood.

Things only got worse in high school She wanted badly to become part of her school’s cheerleading team, the Bearkadettes, just like her mother – who met her father in this manner.

Brown did everything within her power to become a member of the Bearkadettes. Unfortunately, neither the liquid diet nor her perfect routine helped her. And to top this off, the parents were disappointed because she didn’t make it to the team.

To fight pains such as this, Brené started to drink. So much, in fact, that she had to join the Alcoholics Anonymous (AA).  Guess what? They didn’t want her there either and suggested that she should try the Co-Dependents Anonymous group instead!

The path to self-discovery

Most of the people you know have gone through what Brené Brown did in her early years. And it always boils down to the same problem: we put a lot of energy to belong to something. Read between the lines, and find out that you are, in fact, putting a lot of energy to be something that deep inside you are not.

Back in 1987, Brené Brown was at one of the worst stages in her life. She spent most of the time drinking and smoking. Partying even when she had no energy for it. That was her way of forgetting about herself. And then she met Steve, the man she would eventually marry.

The best part about Steve?He saw through Brené’s attempts to belong somewhere and started guiding her toward self-belonging. Three decades later, as a guest on Oprah, Brown would explain to the world how she managed to do this. Namely, permission slips.

Suddenly, next to Steve, Brené realized that she could allow herself to be the person she really was. No conventions, no exhausting liquid diets to go through so that you can be accepted. Just herself.

In fact, her fist permission slip stated: “Be goofy, have fun and enjoy life.” And she has tried to do that ever since.

Brave the wilderness inside you

You are such a unique individual that no one has ever lived a life like the one you’re currently living. That’s as close to a fact as an opinion can get.Therefore, it’s only natural that conventional wisdom may not work: your own self is a one-of-a-kind wilderness. Whatever you do, treat it as such.

Of course, this means that your path through it is also unique and that you need to find it on your own. But believe us – you will!

Because deep down you really know that walking inside it is what life is all about. If you can see your path laid out in front of you step by step, advised Joseph Campbell, you know it’s not your path. Every step you make embodies uniqueness and integrity, that’s why it’s your path.

So, to put this into perspective, you must stop patterning your life after others. Don’t see the world through the lens of social pressure, but through the eyes of self-fulfilling wisdom that reveals itself with each step you take.

Your mission doesn’t revolve around pleasing others, nor society, but to address your own interests. It is self-evident that true belonging and self-worth are not goods, but we often neglect their value and negotiate their worth.

Who you are is not something you should be looking on the outside! It’s a personal and concealed matter that resides in our hearts. Brené’s call to courage is to protect such wildness against constant bashing and harm.

The first lesson of self-belonging: brave the wilderness inside you

There’s a reason why everybody wants to belong to someone or something. And that reason is quite obvious: it’s pretty difficult to go through life alone. Men are social beings, and Aristotle thought that this was precisely their defining trait.

However, it is difficult to belong somewhere if you don’t know who you are. In that case, all of your attempts to become part of a group are nothing more than  wild guesses, shots in the dark. “Be careful who you pretend to be,” warned us once Kurt Vonnegut. “You might forget who you are.”

Well, Brené Brown is here to update this advice. The best way to forget who you are, she says, is to never understand yourself completely in the first place. And if you want to do it be prepared to make some steps in the wilderness.

Look at it this way: nobody belongs to this place more than you. Even if if is a wilderness, your inner self is a truly unique place: your very own, personal Shangri-La. And nobody can explore it better than you!

The seven traits of trustworthy people

Self-belonging is not as easy as it sounds. It means making yourself open to your traumas and pains and also vulnerable to other people’s opinions and judgments.

But it’s worth it!Especially if you can find trustworthy people you can talk to, dependable friends ready to listen to you.

According to Brené Brown, these people share these seven traits:

1. They are reliable, which is self-evident;
2. They own their mistakes, which is something people rarely do nowadays;
3. They are capable of respecting boundaries, meaning they know that they should leave you alone when you want to be alone, even if that means going to the cinema without company;
4. They are capable of keeping confidential information safe. So, be wary of people who can’t keep your secrets, because the betrayal of trust is one of the most traumatic experiences one can go through;
5. They are capable of making decisions with integrity. integrity is underrated in a world of lies and money;
6. They are non-judgmental. They know that we all make mistakes and that pointing those mistakes out repeatedly helps no one;
7. They are generous. With everything. Meaning that with them, you’re never the only one who shares.

Tackling loneliness and ways to burst the bubble

If you’re feeling that people are too divided, then be aware that it’s not exactly a feeling: it’s a fact.

For example, only a quarter of Americans supported a specific candidate overwhelmingly back in 1976.However, just a few years ago, more than four fifths were either strongly for Trump or strongly for Hillary Clinton! And, in the meantime, the number of people who described themselves as lonely more than doubled!

We explained at the beginning of our summary why this is happening. The same mechanism applies to both examples. To put it simply, we live in a world designed to keep us inside a bubble.

We don’t experience anything out of our comfort zone, because it’s so easy to stay inside it – personalized ads, personalized searches, and even personalized channels.

The solution spells itself: do the opposite of what Google, YouTube or your inside voice suggests you! Experiment! Experience the difference! And see for yourself whatever suits you best.

At a certain point during your journey, you’ll undoubtedly come across a place, a person, a point where it will all make sense. Congratulations! You’ve found your way through your inner wilderness!

Now you belong to yourself.The side-effect? You already belong to others as well.

“It is inevitable, we will fall,” notes Simon Sinek in a review of Braving the Wilderness. “We will fail. We will not know how to react or what to do. No matter how or when it happens, we will all have a choice – do we get up or not? Thankfully,” he adds, “Brené Brown is there with an outstretched arm to help us up.”

Just like most of Brown’s books, Braving the Wilderness does feel as if an outstretched arm. It is both compassionate and empowering. Add to that mixture a lot of good-hearted humor and few mantras you’ll never forget. And this way you have a good reason why you should read this book as soon as possible. Especially if you feel like nobody understands you.

We feel inclined to agree with Brené Brown on this matter and to merely lift the veil on some other things, we encourage to check out Start With Why by Simon Sinek.