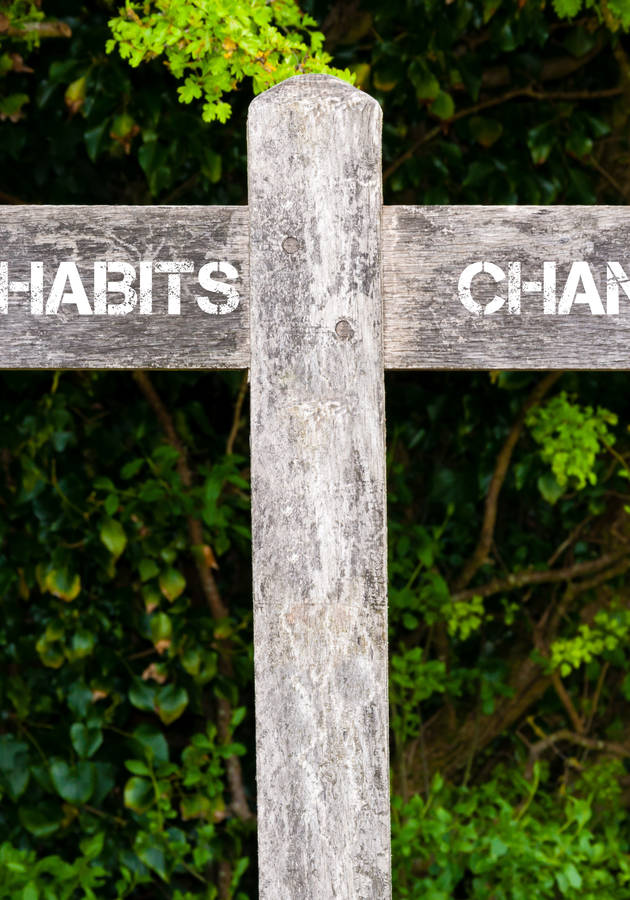 This microbook is a summary/original review based on the book: Atomic Habits: An Easy & Proven Way to Build Good Habits & Break Bad Ones

Our habits of yesterday are who we are today. Consequently, it doesn’t really matter how successful you are at the moment – what matters is whether your habits are leading you toward success the moment after. With “Atomic Habits,” James Clear wants to nudge you in the right direction by providing you with an evidence-based framework that can help you build the habits you’ve always wanted to define you.

So, get ready to learn how to achieve remarkable results through tiny changes and prepare to develop into a better person through a straightforward four-step program!

The surprising power of atomic habits

You won’t notice any difference in your waistline after only 20 minutes of a single-day workout. But do that every morning for the entire summer, and one day you’ll recognize the outline of that coveted six-pack. Contrariwise, eating a single pizza will not make you fat or unhealthy; but eating pizza every day for a few months will certainly have a few negative effects.

Clear nicely pins down the connection between repetitive actions and expected outcomes: “Habits are the compound interest of self-improvement. [...] The same way that money multiplies through compound interest, the effects of your habits multiply as you repeat them.”

The math is unflinchingly on his side. Improving by 1% doesn’t seem like much in itself, but do that every day for a year, and – by the time you’re done – you’ll end up 38 times better! Conversely, get 1% worse daily, and – by the end of the year – you’ll decline nearly down to zero!

But does it work that way in real life? After all, it’s not like you’ve never tried this. Most probably, however, every time you did, you ended up disappointed with the results. Sounds familiar?

It should – because small changes often appear to make no difference until they reach a critical threshold. Imagine, for example, an ice cube on the table in front of you. The temperature of the room – 28 °C (82,4 F) at the beginning – gradually heats up. 29, 30, 31 – and nothing happens to the ice cube. But then it’s 32 degrees and, suddenly, the ice begins to melt. “A one-degree shift, seemingly no different from the temperature increases before it, has unlocked a huge change!”

And that’s the power of atomic habits – small and easy to do practices, but ones that have incredible power once their critical point is passed. Atomic habit, in Clear’s words, is “a component of the system of compound growth,” a tiny, almost insignificant routine that yields results through incessant multiplication. “Just as atoms are the building blocks of molecules, atomic habits are the building blocks of remarkable results,” concludes Clear.

The four-vertebrae backbone of every habit

The feedback loop behind all human behavior is rather simple: try, fail, learn, try differently. With practice, the useless movements gradually diminish, and the useful actions get reinforced. In essence, this makes habits “mental shortcuts learned from experience.”

Everything in a habit is about the reward. The cue is about noticing it. The craving – about wanting it. The response – about obtaining it. Once you get your reward, your brain – an extraordinary reward detector – decides if it was worth all the effort. If the answer is “yes,” then it memorizes the steps that lead to this reward.

“Habits are created only when everything works on all four stages,” clarifies Clear. “If the reward fails to satisfy your craving, the response asks a lot of energy from you, or you never ever happen upon the initial cue in the future, the habit loop will never start or complete.” Without the first three steps, a behavior will not occur; without all four, a behavior will never evolve into a habit.

How to trick the habit loop in 4 simple steps

It’s not a secret that the key to changing your life for the better is simple: just create good habits and eliminate the bad ones. Knowing the fundamental four-step habit pattern helps a lot – because it makes it very clear what you should do at each step if you want to break a bad habit or, even better, generate a good one.

Clear calls his framework the Four Laws of Behavior Change. In his words, the framework works because it provides “a simple set of rules for creating good habits and breaking bad ones. You can think of each law as a lever that influences human behavior. When the levers are in the right positions, creating good habits is effortless. When they are in the wrong positions, it is nearly impossible.”

More specifically, the four laws that govern the creation of good habits are the following:

You can use the same framework if you want to stop smoking or stop procrastinating. The process of breaking a bad habit is merely a reversal of the laws above:

Now, let’s learn something more about each of the four positive laws of behavior change.

Anne Thorndike is a Boston-based doctor who wanted to improve her patients’ dietary habits, starting with eliminating sodas from their menu and introducing more water. And – believe it or not – she succeeded!

How did she manage that? Well, instead of telling her patients what you’d expect to hear from a doctor – “Drinking soda is not healthy” – she merely rearranged the hospital cafeteria so the refrigerators next to the cash registers would contain mainly water (as opposed to mostly soda). In three months, water sales shot up by 25% while soda sales dropped by 11%.

To translate Thorndike’s experiment in more practical terms: if you want to learn to play an instrument, leave the instrument in the middle of your room; if you want to eat healthier food, leave salads on the counters, and keep snacks all the way back in the drawers. Because, sometimes, all you need is just a little nudge in the right direction.

In 1954, in an attempt to uncover the underlying nature of desire, James Olds and Peter Milner did a Frankenstein-like experiment with rats. Using electrodes, they blocked their brains from releasing dopamine, the main chemical of pleasure. After a while, the rats just gave up on life: they stopped reproducing, drinking, and eating, and then they all died.

We want to do certain things because they offer a reward – because they are enjoyable. If no experience is – then what’s the point in living? But without dopamine, the rats felt the same as severely depressed people do: they didn’t feel satisfied, because they didn’t even have cravings to satisfy.

Now, the interesting part about dopamine is that it is released even when you think about a pleasurable activity. You don’t have to do it. So, sometimes, just dreaming about sex can result in the same physical pleasure as actually having it. The point? Cravings and the pleasures you derive from them are chemical by nature. They are not something mystical: it’s not your heart, but dopamine that drives you to do things, that makes you look forward to them.

Use this to create the habits you want: trick your brain into releasing dopamine at the right time by linking a positive routine with a pleasurable activity. Take an example from Ronan Byrne, an Irish engineering student. To make himself exercise, Byrne hacked an exercise bike so that it allows him to watch Netflix only if cycling at a certain speed. Don’t want to do the dishes? Play your favorite music while doing them. Do so for a few months, and then, one day, you’ll actually want to do them.

You often scroll through your phone because it is a lot easier than preparing for an exam or learning a new language. Your brain is not interested in tiring itself needlessly and would do anything to get its rewards through minimum effort.

So, allow your brain that pleasure. In other words, make the actions that lead to the desired reward as easy as possible; do the opposite if you want to eliminate a bad one – increase the friction between the cue and the reward.

Do you watch TV a lot?  Then, unplug the television and take the batteries out of the remote. Want to read some more? Force yourself to read just two pages a day; you’ll likely continue reading even after, because getting started is the most difficult step toward doing something.

This is the most difficult part of creating a good habit or breaking a bad one – because when rewards are in question, evolution works against you.

The crux of the matter? We evolved in an immediate-return environment, and now we live in a delayed-return one. Our ancestors couldn’t care less about long-term plans, because they had much more immediate concerns, like finding a shelter for the night or hunting for the next meal. Oh, and also because nobody could guarantee them that they’d live to see another day, let alone another decade!

Nowadays, however, the chances are on our side. Unfortunately, our bodies are still used to this ancient immediate-return framework of living. Tweak it by attaching some immediate gratification to all of your delayed-return habits, like a bar of chocolate after 20 pages. Otherwise, it will be a bit difficult for you to persevere through a routine.

One of Fast Company’s 7 Best Business Books of 2018, “Atomic Habits” is evidently influenced by Charles Duhigg’s “The Power of Habit” – but, in the end, that's a great thing.

The even better thing is that Clear doesn’t only reiterate, but builds upon Duhigg’s findings and translates them into much more practical terms. “Supremely […] useful” is precisely how bestselling author Mark Manson described it. Adam Grant was a bit wordier: “an engaging, hands-on [guide] to break bad routines and make good ones.”

We have nothing to add to his words: “Atomic Habits” is all of this and more; you should definitely have a look.

Make your cues obvious, your cravings attractive, your responses easy and your rewards satisfying. It’s what good habits are made of.