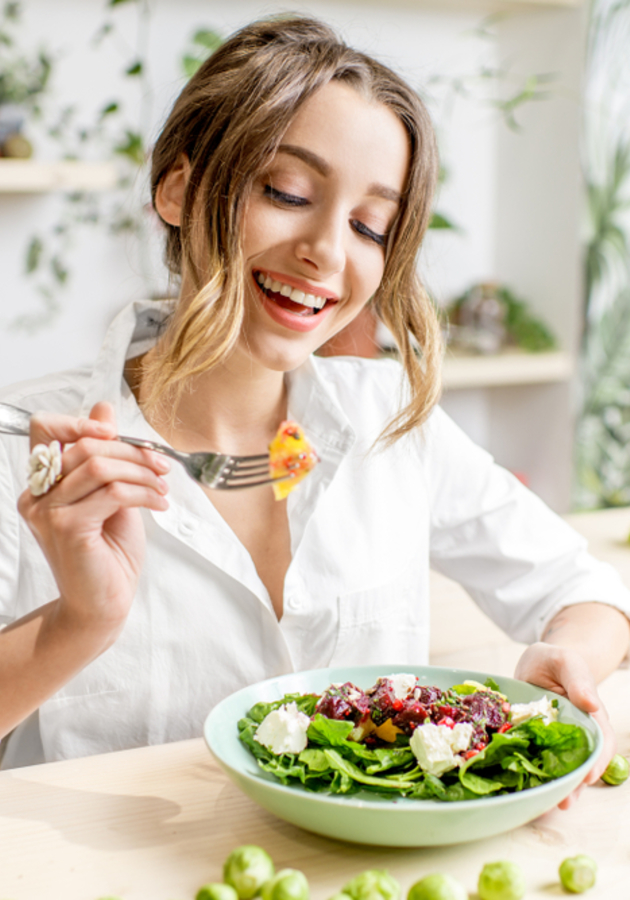 This microbook is a summary/original review based on the book: Always Eat After 7 PM: The Revolutionary Rule-Breaking Diet That Lets You Enjoy Huge Dinners, Desserts, and Indulgent Snacks – While Burning Fat Overnight

Tired of dieting? What about a diet that breaks all the rules and, yet, burns your fat overnight? Fitness expert Joel Marion offers one such diet in his bestselling book “Always Eat After 7 PM.” Get ready to learn why it works!

The problem with traditional diets

According to the Boston Medical Center, about 50 million Americans diet each year and spend more than $30 billion on weight-loss products in their pursuit of trimmer, fitter bodies. Dieting, in other words, has become an American pastime and a multi-billion dollar business. It’s no wonder that nowadays, there seems to be as many diets as there are dieters. Low-carb diets, low-fat diets, the paleo diet, the vegan diet, the Atkins diet, the low GI diet, the Zone diet – you name it, and there are probably about a hundred books written about it. The problem? None of them really work.

“Typical ‘dieting’ is perhaps one of the most frustrating practices that just about everyone has attempted at one point or another,” comments Marion. “It’s not fun, it gets old, and it rarely works.” There are a few reasons for this. Here are three:

Eating food after 7 PM: the science

Unlike most other diets, Marion’s trademarked Always Eat After 7 PM diet is not restrictive. It goes against common wisdom in at least three regards. First of all, it does not prohibit habits such as snacking or supposedly fattening macronutrients such as carbs. Secondly, it doesn’t consider breakfast the most important meal of the day; in fact, its main advice is that you skip it. Third, and most obviously – well, the name is a bit of a giveaway – Marion’s diet suggests eating mostly at night, after 7 PM. Let’s start right there. Isn’t this dangerous? Doesn’t eating late at night lead to obesity and excess belly fat? Well, no, says Marion, it doesn’t. And we know this for a fact.

A few years ago, Brazilian researchers randomly assigned obese women to a low-calorie diet in three separate groups. The first group of women was asked to eat five meals spread throughout the day. The second group consumed the same number of calories, but was allowed to eat only between 9 AM and 11 AM. The third and final group of women consumed all their meals between 6 PM and 8 PM. At the end of the 18-day experiment, the women in all three groups lost weight. “In a highly controlled setting,” the researchers concluded, “when food choices and portion sizes are consistent, eating at night doesn’t negatively affect weight loss.”

These results have been replicated numerous times since then, most famously in a 2013 Israeli study reported in the health journal “Nutrition, Metabolism, and Cardiovascular Diseases.” The study pitted huge-dinner eaters against huge-breakfast eaters over a period of six months. All participants ate pretty much the same low-calorie meals, but they ate them at different times of the day. The huge-dinner eaters felt better throughout the entire study, lost 11% more weight and 10% more body fat, and had more favorable changes to their hunger and satiety hormones (ghrelin and leptin). In other words, when it comes to weight loss, dinners may be helpful.

It’s one thing to say that late-night eating is not as bad as you think, but it is a completely different thing to claim that you should prefer it to breakfast. After all, isn’t breakfast the most important meal of the day? Does it not boost your metabolism and help you lose weight by preventing midday hunger? “Of all the eating and dieting myths,” replies Marion, “what we’re told about breakfast might be some of the most misleading.” Here’s his “reality check on the five biggest myths surrounding breakfast”:

The magic of intermittent fasting

Marion’s Always Eat After 7 PM diet is actually a form of a popular, extremely beneficial dieting pattern called intermittent fasting (IF) or time-restricted feeding (TMF). In essence, the diet suggests cycling between fasting and eating throughout the day so that you give your body enough time to convert the stored fat into energy and, in doing this, help it regulate the hormones that affect your hunger, blood sugar levels and metabolism.

The science is fairly simple. When you eat anything, the levels of insulin in your blood rise to stimulate the breakdown of the consumed nutrients into the simple sugar glucose, the most important source of energy for your body. Your body uses the necessary energy for many purposes such as growth, repair and maintenance and stores the excess as fat. Between meals, leptin, the so-called “fullness hormone,” signals your body to break down the stored fat into energy. If you do not eat anything during this period, your body will use your fat as food and release the hunger hormone (ghrelin) when it doesn’t have any fat left. However, if you do eat something, the levels of insulin will rise again and this will prevent the further breakdown of fat by inhibiting the release of leptin.

Eating several times a day keeps your insulin levels consistently high and makes you resistant to leptin. In other words, you never feel full. At the same time, you stimulate your body to store everything you eat as fat rather than converting the fat into energy. Intermittent fasting deals with this potential imbalance by forcing your body to convert the fat into energy during your fasting periods. That way, it also beats hormone resistance by keeping insulin levels super low and naturally boosting leptin and other fat-burning hormones (growth hormone, adrenaline, and glucagon). As a result, you burn significantly more fat while giving your digestive system and metabolism a break from frequent feeding.

There are several ways to practice IF, but the most popular one – and the one Marion most happily recommends – is the 16/8 protocol, which involves 16 hours of fasting and an 8-hour feeding window. It’s as simple as this: if you eat your last meal of the day at 8 PM, eat your first meal the next day at noon, and then eat another meal in between, during the feeding window. Follow this protocol six days a week and give yourself a break on Sunday. With your hunger and satiety hormones well-adjusted, you can allow yourself an early morning breakfast one day per week, with no consequences whatsoever.

In addition to encouraging intermittent fasting, Always Eat After 7 PM is, in the words of Marion, “a three-phase program that teaches you how to lose big by strategically eating big when you are naturally hungriest – in the evening.” Here is a brief summary of these phases:

“Always Eat After 7 PM” encourages replacing breakfast with a healthy drink and fasting for six days a week. Though the book comes with more than 70 recipes and several guidelines, essentially the rest remains pretty much up to you.

Now, isn’t that a great diet?

Eat not when your schedule says you should, but when you are hungry. Skip breakfast. Fast for 16 hours a day.

Joel Marion is an American nutritionist and fitness expert. Regularly featured in relevant national newsstand magazines such as “Men’s Fitness,” “Oxygen” and “Clean Eating,” he is also the host of the popular podcast... (Read more)

Always Eat After 7 PM is now available in the 12min app! Download now and read for free.

Always Eat After 7 PM is now available in the 12min!

The microbook based on Always Eat After 7 PM is already available on 12min. Leave your email and you will receive a invitation to download the 12min app. Our app is available for iPhone and Android and in it you will find all our microbooks in text and audio. By registering, you get 3 days of unlimited access!