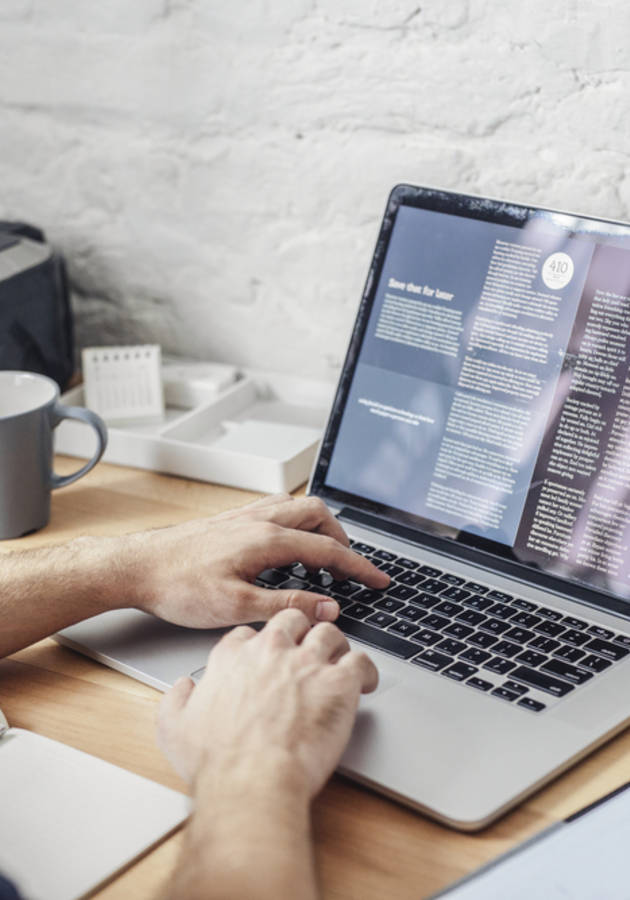 This microbook is a summary/original review based on the book: Working from home: the present is remote

For a while, working from home (or, telecommuting as it is sometimes called) was predicted to be the future of work – but it never happened. Now, the coronavirus pandemic may have already made it our present. For better or for worse? Read ahead to find out.

Bloomberg vs. Branson: the telecommuting war of 2013

On February 22, 2013, Jacqueline Reses, then Yahoo’s human resources chief, sent out a memo to all remote employees telling them that, by June of the same year, they needed to be working in the offices of Yahoo – or leave the company altogether. “To become the absolute best place to work,” the memo said, “communication and collaboration will be important, so we need to be working side-by-side. That is why it is critical that we are all present in our offices. [...] Speed and quality are often sacrificed when we work from home. We need to be one Yahoo, and that starts with physically being together.”

The decision came soon after Marissa Mayer – Google’s employee No. 20 and one of Corporate America’s most famous working moms – left her parent company and took up the position of president and CEO of Yahoo, Google’s onetime fearsome rival.

Since Mayer herself had worked from home toward the end of her pregnancy, the ban was seen as both surprising and hypocritical. More importantly, it was also seen as a severe blow to telecommuting worldwide, since the trend was on the rise for several years and was tipped to revolutionize the work environment ever since high-speed internet made its way into our homes during the late 1990s. Unsurprisingly, a few other high-profile companies followed Yahoo’s suit, with New York City’s mayor (and recent presidential candidate) Michael Bloomberg going so far to dub remote working “one of the dumber ideas” he had ever heard.

Among the dissenting voices, Richard Branson’s was the loudest. In a brief op-ed published on Virgin’s website, the flamboyant magnate noted that as much as he respected Mayer and Bloomberg, he felt they were wide of the mark insofar as telecommuting was concerned.

“The key for me is that in today’s world, I do not think it is effective or productive to force your employees one way or another,” Branson wrote. “Choice empowers people and makes for a more content workforce. In 30 years’ time, as technology moves forward even further, people are going to look back and wonder why offices ever existed.” Fast forward a few years, and the jury is still out on this one. However, amid the 2020 coronavirus pandemic, most things suggest that the verdict will soon be heard.

Remote work: the stats behind the story

In retrospect, Mayer’s decision – and Bloomberg’s ill-advised comment – might have been a little more than hasty. True, back in 2012, only 2.5 million American workers considered their home their primary place for business – based on the American Community Survey data. Even then, the Telework Research Network estimated that over 44 million (or more than a third of the working population) worked from home at least a few days of the year.

Even more importantly, that same year, a wide-ranging online poll conducted by Ipsos and Reuters discovered that the global numbers suggested Branson’s vision of the future as much more likely. “About one in five workers around the globe – particularly employees in the Middle East, Latin America, and Asia – telecommute frequently and nearly 10% work from home every day,” wrote Patricia Reaney in an article for Reuters that shared the results of the poll with the public.

The survey discovered that telecommuting was particularly popular in India, slightly less in Indonesia and Mexico, with Argentina, South Africa, and Turkey not too far behind. In none of these countries, the ratio between regular and remote workers was higher than 3 to 1. In view of the data, even back in 2012, Reaney was allowed to write that remote working was a trend expected only to continue to grow – “with 34% of connected workers saying they would be very likely to telecommute on a full-time basis if they could.”

Contrary to Mayer’s and Bloomberg’s expectations, the United States was not an exception: during the five years since Yahoo banned telecommuting, remote work grew by 44% in the country. In 2015, almost 4 million employees were working from home in the United States, and in 2019, the number was close to 5 million, or about 3.4% of the population.

Still, this was a far cry from Branson’s expectations as well. But then, the coronavirus pandemic happened. With countries imposing quarantines and sanctions all around the planet, it was only natural for the world of business to be shaken up as well. In fact, it might be in the middle of an unforeseen social experiment.

At least so feels Brie Weiler Reynolds, a career development manager and coach at FlexJobs. “While about 50% of people work from home at least half the week on a regular basis, we still see that only about 3% to 4% work from home full time,” she said in a March 2020 interview with Bob Sullivan for GeekWire. “Now, because of the coronavirus, we’re seeing a real focus on remote work that may very well be a tipping point in terms of wider-spread adoption of full-time remote work. [...] It seems that, in this latest situation, companies have more easily jumped to remote work as one big solution to keep employees safe, maintain continuity of operations, and handle the uncertainty day by day.”

The five biggest advantages of telecommuting

The truth is telecommuting was a solution to many work-related problems long before government measures made it the only alternative for numerous companies in 2020. Among its many advantages, the following few stand out:

Remote workers are more productive. About 70 minutes of each day in a regular office are wasted by interruptions and other distractions. In addition, commuting and office politics tend to induce stress, which can affect productivity as well. Several recent surveys point out this as the reason why at least 2 out of 3 workers feel that they are more productive at home than they are at a traditional workplace. The numbers confirm this. Stanford economist Nicholas Bloom conducted a 2-year experiment for China’s largest online travel agency Ctrip in which half of the company’s employees became remote workers, and the other half stayed in their office. The experiment uncovered a huge 13% improvement in performance for the people working from home. In plainer words, that means that what an average person finishes in six days from home – it would take him seven to finish it in a traditional workplace!

Remote workers are happier, healthier and more satisfied. According to a 2020 Amerisleep survey, remote workers spend more time with their families, sleep more than regular employees and are, on average, about “57% more likely to be satisfied with their job than those working from corporate offices or elsewhere.” Moreover, a Staples’ Workplace Survey from 2019 discovered that 9 in 10 employees believe that remote work should increase their morale, thanks to the flexible working schedule and the customized working environment. Finally, according to a Remote Work Survey by Indeed, every second remote worker has taken less sick days, with about the same number (56%) believing that telecommuting has noticeably reduced their absences.

Remote working saves everybody time and money. Office spaces are becoming more and more expensive worldwide. Moreover, in many countries around the globe, employees expect to be reimbursed by their companies for their travel expenses. Not only more remote workers would mean less money spent by business owners for possibly unnecessary things such as offices and subway tickets, but it would also mean a lot of time saved for the employees themselves: according to the U.S. Census Bureau, an average American worker spends almost four and a half hours a week commuting – or about ten whole days a year!

Remote working is socially responsible and environmentally friendly. Remote working is not only beneficial for employees and businesses: it is also advantageous for the economy, the communities, and even the planet. It is theorized that remote working should redistribute the wealth and boost the economy of smaller communities since it would disincentivize people from moving to the big cities in search of a better job. Telecommuting should also give more chances to individuals unable to travel to a workplace because of disability. Perhaps most importantly, remote work could save our planet. According to the “2017 State of Telecommuting in the U.S. Employee Workforce” report, “existing telecommuters reduce greenhouse gas emissions by the equivalent of taking over 600,000 cars off the road for a year.” Unsurprisingly, as a March 2020 Guardian article revealed, the coronavirus pandemic has caused a huge drop in air pollution. “We are now, inadvertently, conducting the largest-scale experiment ever seen,” commented Paul Monks, professor of air pollution at the University of Leicester. “Are we looking at what we might see in the future if we can move to a low-carbon economy?” Remote working might be the key ingredient in such an economy.

As cases of COVID-19 continue to increase worldwide, more and more governments around the globe have started advocating for remote working, and every day the number of companies that answer their calls rises. Just last year, the annual “Future Workforce Report” by Upwork – the largest freelance marketplace in the world – predicted that 73% of all departments would have remote workers by 2028. There are op-ed writers currently forecasting that this number might be reached during the upcoming months of 2020. It seems that, due to the pandemic, we are inadvertently conducting another large-scale experiment, which – according to independent journalist Bob Sullivan – should finally answer the question: “Do we need rush hour any more?”

The technology seems to say no: thanks to the likes of Zoom, Skype, Slack, Dropbox, Google Drive, Office 365, WeTransfer, Evernote, Miro – and a host of similar cloud collaboration tools – it has never been easier for companies to manage and supervise their remote employees. Be that as it may – at least according to We Work Remotely, the largest remote work community in the world – remote work administrators must stick to five practices if they want to avoid the pitfalls of micromanaging and create an efficient telecommuting team:

Create a remote work policy. This not only sets professional standards, but it also prevents discrepancies and surprises. Create it on the go if you must – but create it nevertheless.

Prioritize regular communication. Set daily, weekly, and monthly check-ins. Don’t improvise: use specialized platforms such as Slack or Twist as communication tools. From time to time, ask your employees for some facetime “to keep the human connection going.” But do this rarely: most remote workers work in their pajamas and don’t want to be on the camera.

Use one centralized project management tool. The most popular three are Trello, Asana, and Basecamp. Experiment for a few days with each – and see which one fits your needs best.

Always give kudos. To help your employees in their struggles against loneliness and isolation, say thank you to them whenever possible. They will greatly appreciate it.

Have fun in between work hours. Create a “virtual office water cooler” in the form of a separate Slack or Twist channel. Make jokes and discuss TV shows there: no work should be only about work. And especially not remote work.

The coronavirus pandemic will one day become a thing of the past – but telecommuting probably won’t. Adapt today.