Women Who Run With the Wolves - critical summary review 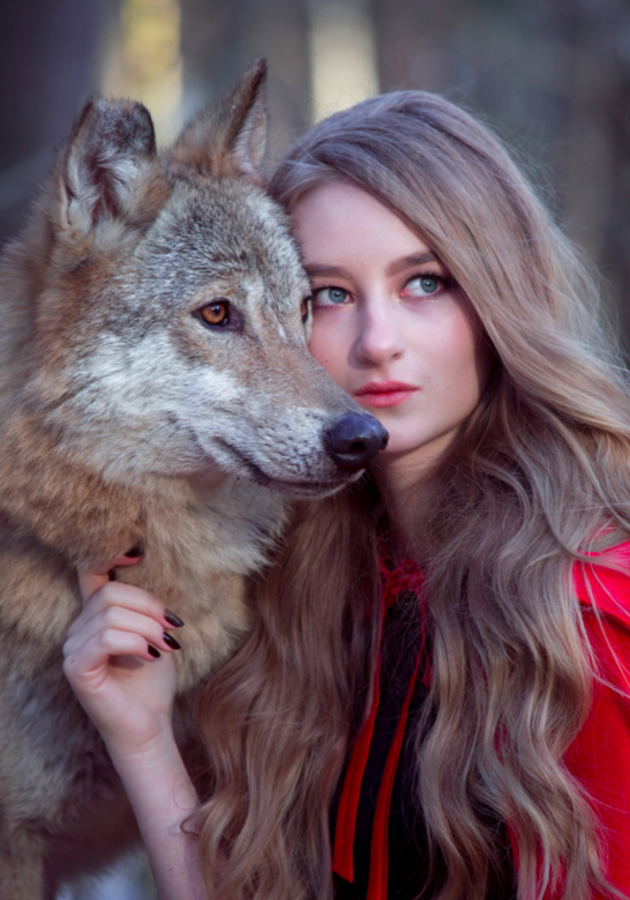 This microbook is a summary/original review based on the book: Women Who Run With the Wolves: Myths and Stories of the Wild Woman Archetype

Woman’s innermost femininity has long been negated and repressed by male-dominated societies around the world. For women, this means living in a state of not fully being able to be themselves. It makes them vulnerable to unhealthy relationships, unfulfilling jobs, and small mindsets. Pinkola Estés aims her psychoanalyst therapy at uncovering women’s lost femininity. To do so, she strongly believes in the power of stories. So, get ready to reconnect with your inner Wild Woman!

The instinctive feminine nature has been domesticized, ostracized, and overbuilt by a patriarchal society. The inner Wild Woman of any female has been relegated to the most hidden places of the psyche, and her natural cycles were forced into unnatural rhythms to satisfy others. While women lose touch with their inner wildness, the planet’s wildness is disappearing as well.

All is not lost, however: it is possible to reconnect with your natural instinctive psyche. Healthy women - that is, women who have reconnected with their inner Wild Woman - are like wolves, writes Pinkola Estés. She says both women and wolves “are deeply intuitive, intensely concerned with their young, their mates, and their pack,” as well as “experienced in adapting to constantly changing circumstances,” and “fiercely stalwart and very brave.”

Both wolves and women have also fallen victim to being characterized as devouring, devious, and aggressive. For women, being forced to conform to a society that does not allow for them to be themselves, creates the “hambra de alma,” the song of the starved soul. It is possible to change this song to a “canto hondo,” the deep song, when you rediscover your inner Wild Woman.

The Wild Woman is not only your female soul and your intuition, it is also the source of the feminine. If you live without that connection, you live in a semi-destroyed state. You are unable to fully live up to your own potential, and you are probably guided by the will of others rather than your own.

Women who are at one with their inner wildness blossom: their cycles of creativity, sexuality, work, and play are rediscovered. They are tired at the end of the day because they have spent the day doing something fulfilling and not being restricted to a small mindset, job, or relationship. They intuitively know when to stay and when to walk away.

To rediscover your Wild Woman, stories like fairy tales can offer crucial clues. You may know the feeling of hearing a word, a poem, or a sentence that resonates deep within you and causes you to remember for a short moment who you really are and where your true home is. That is your inner Wild Woman calling to you. As the author writes: “She is all that is of instinct, of the worlds both seen and hidden - she is the basis. We each receive from her a glowing cell which contains all the instincts and knowings needed for our lives.”

In her therapy, the author uses stories for healing, particularly the stories expressed in the dreams of her clients. Fairy tales also often give guidance as to how to recover one’s femininity.  Often, fairy tales and stories have been adapted by (usually) male storytellers to fit a wider framework of Christianity and to eradicate any hints at a wild femininity.

Still though, the author says, it is usually possible to find clues to the story’s original shape while reading it.  Pinkola Estés also comes from a long line of oral storytellers and often knows the stories in their original, pre-Christian form.

An additional form of therapy the author uses is a form of interactive trancing, modeled on Jung’s active imagination. Again, this is aimed at uncovering stories to guide women back to their roots. The author writes, “The remedies for repair or reclamation of any lost psychic drive are contained in stories.” After all, stories existed way before science or psychology did.

To bond with your instinctual nature, you will need to perceive stories as though you were inside them. One such story is of La Loba or La Que Sabe, the wolf woman. She lives somewhere in the wilderness, and she collects bones. Once she has collected all of the bones of a wolf skeleton, she breathes life into it.

The wolf comes back to life, starts running, and eventually transforms into a woman. According to the author, this is a metaphor for the female journey. Each woman starts as a disassembled skeleton under the desert sand. La Loba preserves the female tradition, and she is within every woman.

She stands between the world of rationality and mythos, a place that has been termed “the collective unconscious” by Jung. You can get to this place through meditation, singing, dancing, writing, or even painting. La Loba will be waiting for you and help you on your journey to recover your femininity.

The intruder in your soul

Each human being is made up of several personalities. And while you have an inner Wild Woman, there is also a contrary force, an intruder. The author calls this the innate “contra naturam,” since it is against your nature. This is the voice in your head that discredits your efforts and wants to hinder you from realizing your full potential.

The fairy tale “Bluebeard” is particularly instructive on this aspect of the female psyche. In the fairy tale, a man with a blue beard woos for the hand of the youngest of three sisters. She is skeptical at first, but after a lovely excursion into the woods, she decides to marry him.

Inside, the room is covered in the blood and blackened bones of Bluebeard’s previous wives. Horrified, they lock the door again. The small key is now covered in blood which does not wash off, so when Bluebeard comes home, he knows that his wife has disobeyed him. He threatens to kill her, but she is rescued at the last moment by her brothers.

In this story, Bluebeard is the “contra naturam.” He stands for an innate force trying to suppress the instinct of the natural female self. He is a predator with murderous energy – and every woman wanting to become whole again needs to recognize her inner Bluebeard and eventually deprive him of his force.

The key in the story stands for the deepest, darkest secrets of the psyche. Once uncovered, they cannot be forgotten again, hence the blood that cannot be washed off. To reconnect with Wild Woman, you will need to overcome your naivety.

One form La Que Sabe or La Loba can take is that of intuition. Women, like wolves, use their intuition to sniff things out. It is the treasure of the woman’s psyche. To find your intuition, you can turn to the Russian tale of “Vasalisa” for help.

At the beginning of the tale, Vasalisa’s mother dies and gives her a doll. Vasalisa is told to ask the doll for help if ever she is lost, and to feed her. After a period of mourning, Vasalisa’s father remarries a woman who has two daughters. Vasalisa’s stepmother and stepsisters are horrible to her out of envy, since Vasalisa always remains good and humble.

To finally get rid of her, they extinguish the fire in the hearth and send Vasalisa to get fire from Baba Yaga, the witch in the forest. They hope that Baba Yaga will kill Vasalisa. With the help of her doll, Vasalisa travels through the dark forest to Baba Yaga’s hut. Baba Yaga agrees to give her fire after Vasalisa does some chores for her.

With the help of her doll, Vasalisa manages to complete even the most impossible tasks set by Baba Yaga, and she is rewarded with a fire-breathing skull on a stick, which she carries home to her stepmother and stepsisters. The next morning, her stepfamily has been burned to ashes by the skull.

The tale of “Vasalisa” is full of symbolism to instruct women’s initiation (intuition?- Rachel). Her mother gives Vasalisa her intuition in the form of a doll. The story makes clear that nine tasks have to be accomplished to recover Wild Woman’s primary instinctual power, intuition.

Every woman has an inner Wild Woman. If you manage to recover her, you will regain your intuition, your creativity, and your sense of self. To regain your femininity, you can look to fairy tales for guidance. The story “Bluebeard” tells you to be wary of your inner predator, while the tale of “Vasalisa” provides you with concrete steps on how to recover your inner Wild Woman.

Clarissa Pinkola Estés is an American writer and Jungian psychoanalyst. She has taught writing, storytelling, and traditional medicine practices. She debuted in spoken word performance at Carnegie Hall in 2000 alongs... (Read more)