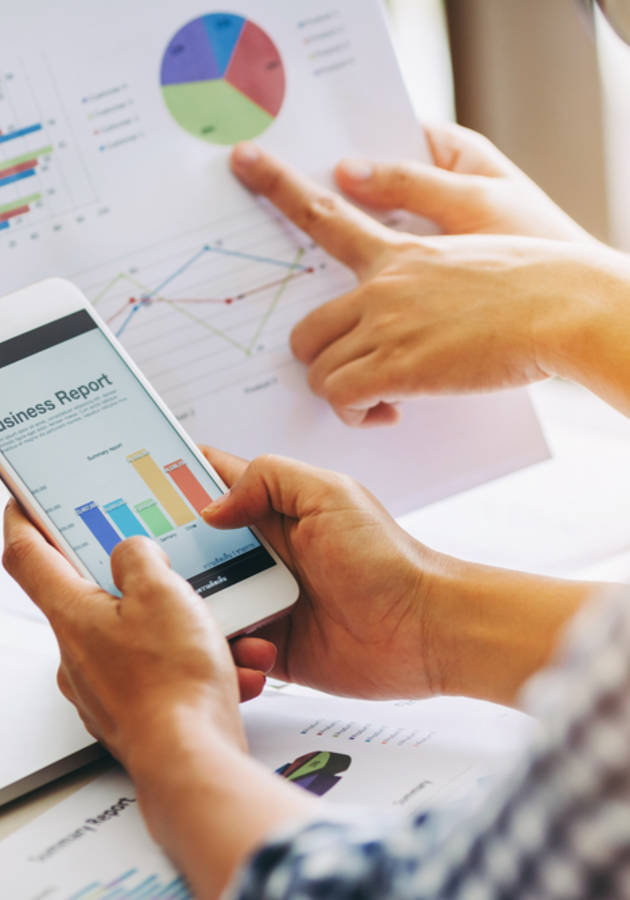 This microbook is a summary/original review based on the book: Wikinomics: How Mass Collaboration Changes Everything

In Wikinomics, Don Tapscott & Anthony Williams write about the powers of mass collaboration and how it is changing the way companies innovate. In Wikipedia times and dozens of other products and services co-created by thousands of people, the authors created the term Wikinomics to describe the unique blend created by technology and globalization that allows massive collaboration to be possible. Mass collaboration leads to innovation and catalyzes changes in society itself. If you own a company, you need to be aware of the effects of Wikinomics to innovate and defend yourself competitively as consumers want to be more and more involved in creating those products.

You Probably Have Already Developed A Product

Collaboration has won, and daily we are connecting to create new products and services. If you've ever edited a Wikipedia entry or helped Buzzfeed generate a list, supported products on Kickstarter, you've already participated in mass collaboration.

Easy access to information technologies is the primary tool for active participation of digital communities, where collaboration happens in a natural and scalable way. Look at Wikipedia for example. Do you remember Microsoft's Encarta? In the past, only encyclopedists were responsible for gathering the knowledge of the world into quality books and creating the final version of an encyclopedia, which was then printed annually (or recorded on a CD ROM). Today, any individual can participate in creating encyclopedic content on their areas of knowledge through Wikipedia. Just write an article, which will be discussed and edited by the wiki community and voilà, we have a new topic in the largest encyclopedia on the planet.

Why Collaborate If You Can Go Alone

Well, the truth is that most companies are terrible when it comes to innovation. Going alone can almost always become synonymous with failure. Currently, according to Tapscott, 90% of new end consumer products fail. The traditional model of innovation no longer works, and the wiki model is the perfect storm. The wikinomics model emerged from a unique blend composed of low-cost collaboration technology (also called the internet), a large mass of digital natives enabled to use these tools and various evidence, real cases that collaborative innovation works.

As the Internet continues to evolve, mass collaboration becomes even more fundamental. After all, unlike traditional media such as TV, Radio and Printed Media, the internet is a channel of endless ways. It's like a phone, but where any number of people can be on the line at the same time and this new nature of the medium has made it the perfect tool for collaboration. Collaboration involves the self-organized participation of many people, such as in a colony of bees. The interaction between these individual actors seems complicated, so in the next passage, we will make some sense of this apparent chaos.

Goldcorp is a Canadian mining company. Increasingly the company suffered from fewer resources in its mines and an uncertain idea of ​​where to look for new gold mines to explore. The company's team of geologists failed to advance with their traditional exploration and definition of new areas to explore that had worked previously but no longer yielded results. The CEO made a landmark decision to open the exploration problem by making the geological data available to the market. Previously, these data sets were kept under lock and key. An army of scientists and enthusiasts, computer scientists and mathematicians took an interest in the problem and came up with a huge list of places with high potential for exploration. More than half of them were unknown to the company's geologists team. The company went from $ 100 million to $ 9 billion in just four years.

The Basic Values Of Wikieconomy

For the authors, there are fundamental values ​​to be adopted by companies so that they can enjoy the benefits of the wikinomics model. They are:

According to Coarse's law, organizations are structured in the current model because of the information costs in each transaction. Each action that adds value to a product or service involves a search cost (someone to do/ discover/invent), a transaction cost (the cost of negotiating with the producer), and the cost of the product itself. Traditional organizations are great, not only to have access to economies of scale, but also to pay off the product's research and transaction cost. The reason why this is important in wikinomics is that search and transaction costs have declined dramatically with the advent of the internet. And that makes organizations irrationally structured in the face of the new economic model, and so they need to shrink to stay competitive.

Failure to embrace mass collaboration can mean a failure for businesses soon; they simply will not be able to generate enough value quickly, and with that, consumer interest disappears. Today, in the globalized world, the opportunities for the customer are endless, and this means more competition for companies. Mass collaboration helps companies not only better develop their products, but also sell more and better. Today, the low production costs of emerging economies such as China offer quality services and products for only a fraction of the prices found in more mature economies and this reduces the chance of survival of companies that do not embrace global collaboration. IBM had adopted this strategy and moved toward free software (open source software that can be changed by any programmer on the planet) when the company faced a crisis, and this has delivered surprisingly positive results, as well as helping the company engage programmers externalities in their software challenges.

The Risks Of Collaboration

Mass collaboration also comes with the constant risk of losing control over your product. When you give others the right to co-develop, then the value is transferred from the components of the products to the new invention made from these products. That means that companies must constantly be aware of how their product is being used and developed to remain innovative. Finally, by collaborating with external partners, you simply cannot expect them to have the same credibility and work ethic as your company. Since mass collaborations are often cooperative productions, a company can not rely on the same work ethic that is enjoyed internally, after all the participants are not employees of the company.

Intellectual Property Is Still Important In Times Of Mass Collaboration

While intellectual property protection is often the most valuable asset of companies, companies must be prepared to share at least a certain amount of their intelligence to collaborate effectively. Google, for example, has hundreds of free software projects open to collaboration, but its search algorithms are never revealed. Intellectual property is important and continues to play a critical role in times of mass collaboration. The Wikinomics model is by no means a kind of "intellectual communism." Risk must be avoided by retaining a certain amount of information; after all, today's contributors can easily turn into tomorrow's competitors. While recognizing the inherent value of intellectual property, companies must balance their security with a more open approach to collaborate effectively and thus achieve the desired level of collaboration.

Effective collaboration starts internally. Since performing all the tasks required to produce a product internally can be very costly, it becomes virtually obvious that it is necessary to delegate certain tasks to suppliers. And as the complexity of work and the expectations placed on employees continue to grow, giving them autonomy becomes an increasingly valuable strategy. In fact, vertical hierarchies prove counterproductive to creative types of work, which often runs on teams.

Also, a company can simultaneously gain the trust of its employees and motivate them to perform when they share important information with them. In fact, transparency within the organization ensures that employees better understand your products, and therefore can better coordinate your work. This results in lower costs and more profits as well as innovations and a higher value of the product. Mass collaboration helps companies expand their operations and allows businesses to do more with less. Also, mass collaboration drives innovation and helps to distribute talent optimally, driving up the speed with which changes occur. A partnership with a university, for example, can help your company benefit from different perspectives by helping parties focus not only on a single solution to a problem but also remain open to many solutions. Mass collaborations also drive innovation, making it easier to find the best person for the job: by making voluntary and autonomous contributions to their partnerships, they are more creative and successful. Lego's Mindstorm project, for example, helped the company engage its customers in developing the company's new kits and was a sales success. Each customer can help by submitting ideas of assemblies, parts, and features and with each new thing created, the perceived value of Mindstorm kits by customers increases. When the customer participates in product design, he even becomes more likely to pay more for the product.

Global collaboration is no longer limited to the creation of intellectual property but has evolved into a culture in itself, powered by technology. The digital age has changed the way people think and the way society as whole works. The generation of digital natives who grew up in the midst of the constantly developing technology, called by the authors of NET generation, has its unique values, greatly valuing the co-creation of content. This same generation also has difficulties of accepting the authority and values ​​qualities like speed, transparency and the ludic. This generation is extremely technically proficient and uses digital platforms as private spaces for self-expression outside the physical world. Global companies also use mass collaboration to produce goods, involving specialist partners for each stage of the production process. In this way, the end product is the sum of the many independent parts at work. The possibilities for development and creation are unlimited with mass collaboration. The wiki model has become more than just a collaborative platform, but the culture of an entire generation that lives plugged into their keyboards co-creating content and media with their friends.

The model proposed by Wikinomics is that your company can benefit greatly from the collaboration of individuals. Think more like Wikipedia when developing products. Allow people to participate, collaborate and create together. Mass collaboration has a huge impact on our lives, and companies need to understand it and embrace it to maintain an innovative future ahead.

Wikinomics is now available in the 12min app! Download now and read for free.

Wikinomics is now available in the 12min!

The microbook based on Wikinomics is already available on 12min. Leave your email and you will receive a invitation to download the 12min app. Our app is available for iPhone and Android and in it you will find all our microbooks in text and audio. By registering, you get 3 days of unlimited access!