Why Are We Yelling? - critical summary review 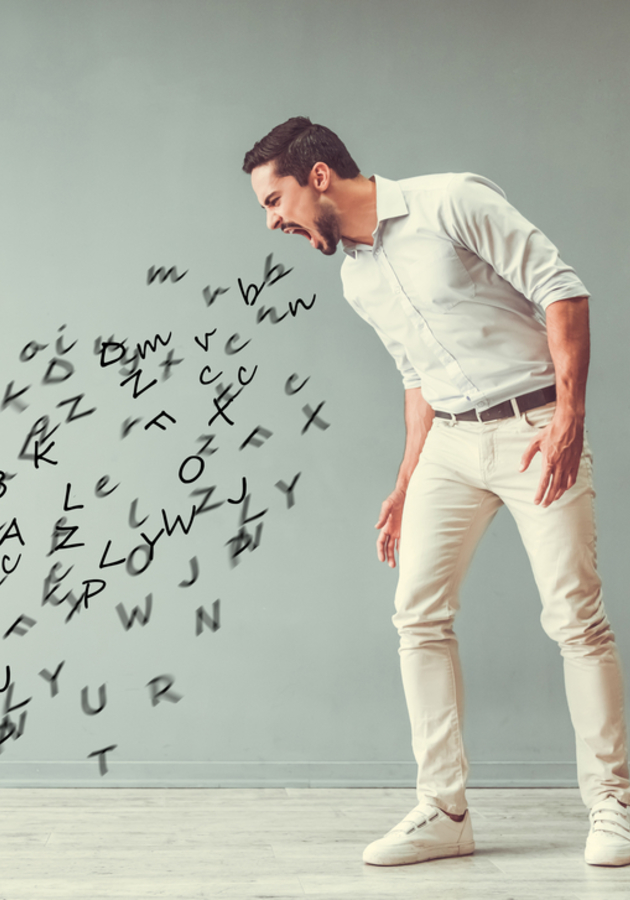 This microbook is a summary/original review based on the book: Why Are We Yelling?: The Art of Productive Disagreement

Do you and your partner fight about the same things over and over again? Or are you the kind of person that shies away from conflicts? Either way, you have not learned the art of productive arguing. Fighting does not have to be all bad. If you do it right, fighting can actually bring you and your partner closer together. So how do you have a productive argument? Get ready to learn everything about the art of productively disagreeing.

The art of fighting

Having an argument is akin to pulling up weeds in your garden. No matter how often you try to get rid of them, they always grow back. That is because most arguments we have are unproductive: they do not focus on the root causes of the argument, but just on the superficial conflict.

If we can learn to have productive arguments, says author Buster Benson, we can change our day-to-day lives for the better. We feel safer, learn more about the world around us, get closer to the people we usually fight with and develop a collaborative mindset.

Before we look at how disagreements can become productive, let’s briefly clear up three common misconceptions about arguments:

Let’s start with the first misconception, “Arguments are bad.” Arguments are never bad, but they can be unproductive. In fact, a healthy relationship needs arguments. According to marriage researcher Dr. John Gottman, a relationship should have a ratio of 5:1 positive and negative encounters. Having only positive encounters means that there is not enough communication happening in the relationship.

According to the author, “People are happier, and groups are higher-functioning, when the flow of necessary disagreements is open and they have an honest chance to be heard.”

Looking at the second misconception, “Arguments change minds,” the question comes to mind about what an argument is. Putting it simply, an argument is “an unacceptable difference between two perspectives.” Many decide that the easiest way to resolve a conflict is by changing the other person’s mind. Very often when we try to do that, however, the opposite happens: the other person digs their heels in even deeper.

Imagine your boss telling you that you have to abstain from alcohol and cigarettes to have a clear head for work. If these are common vices for you, chances are you are going to indulge even more than you typically would, right? Benson calls that the “backfire effect.” To have a productive argument, it is important to understand that the only mind you can change is your own.

The final misconception is that arguments end. Not true, Benson writes. In fact, they usually have deep roots and will grow back again and again, which is why it is useful to look at what your most common arguments are really about.

An argument in the realm of the head is about the question “what is true?” – these are disagreements that can be settled with information, data, and evidence. An argument in this realm might be about who watches more TV, for example, and can be easily answered by tracking TV watching in hours.

An argument in the realm of the heart is concerned with the question “what is meaningful?” This can be a conflict about preferences, values, and personal tastes. Such a conflict could be about whether a TV show is worth watching or not, for example.

Finally, an argument in the realm of the hand deals with the question “what is useful?” These are the kinds of conflicts that can only be resolved by seeing how things play out in the future, or by a test. For example, this could be an argument about how to best balance TV time with other obligations.

Very often, we argue on multiple levels, so by asking the question first it becomes much easier to resolve a conflict by addressing one realm after another. But there is also a fourth realm, says Benson. Sometimes we do not argue with the other person, we actually project our own fears and anxieties. When you argue with someone, always make sure it is the person you are disagreeing with, and not your own imagination – we are actually quite bad at truly understanding what another person feels or thinks!

Many arguments are rooted in a spark of anxiety. Take the example of a picture of bagels that was posted on Twitter. In the picture, the bagels were sliced vertically, like a loaf of bread, not horizontally. The comments revealed the anxiety the picture had triggered in many people, ranging from, “Officer, I would like to report a crime” to, “Who told you this was ok?”

Of course, feeling some anxiety, or cognitive dissonance, with the bagel picture has no serious consequences in the real world. But we feel anxiety every time our values and perspectives encounter someone or something that questions them. Anxiety warns us that something important to us is being threatened!

Feeling anxiety is useful and normal, but conducting an argument out of anxiety creates unproductive encounters. So here are four ways in which you can stop your anxiety from derailing your argument:

The voices in your head

When our anxiety is triggered, we have a few default reactions available to us. Think about a hot-button topic such as vaccinations. Whether you believe that everyone should be vaccinated or not, you probably tend to demonize the people representing the other side of the argument.

This happens frequently in arguments, but why do our brains resort to this quick-judgement technique? Economist and psychologist Daniel Kahneman calls this fast and slow thinking. According to him, we have two brain systems. System 1 is the fast, instinctive, and emotional side of the brain, while System 2 is slow, rational, and deliberate. Since System 1 is faster, it defines our reactions. Internal voices rise up and instinctively tell us what to do.

If we learn to listen to those internal voices, we can learn to step back from an argument and give a more measured response stemming from System 2. We have four internal voices: the voice of power, of reason, of avoidance, and of possibility.

All three of these voices can stop an argument in the short run. But, just like weeds, the argument is going to resurface eventually. That is why, to productively solve a conflict, you need to listen to the voice of possibility which asks “what am I missing?” It encourages meaningful conversation with your partner and can end the conflict once and for all.

Asking this question can bring opposing ideas closer together. If we think back to the vaccination debate, both sides could ask for reasons why the other person thinks the way they do, and then use this information as a starting point to build an argument.

To successfully navigate the world around us, we rely on brain tricks or cognitive biases. Two common biases that our System 1 thinking employs are availability heuristic and in-group favoritism.

Availability heuristic means that we make decisions based on what comes to mind the easiest. If we put this into the context of human interactions, this means that options that seem obvious to us might not come so easily for other people. This may mislead us to think that the other person intentionally avoided the obviously better option and this, in turn, could spark a conflict.

In-group favoritism means that we give the opinions of people more weight when they belong to the same group as we do - whether that is because they vote for the same person or support the same football club. We also tend to see ourselves and those belonging to our group as complicated personalities, while those outside of our group are seen as transparent and simple.

Obviously, these biases alter our judgement and are not conducive to a productive argument. Sadly, however, we cannot simply switch them off. We need those biases to process the vast amounts of information we are confronted with on a daily basis, so the only thing we can do is accept that we have those biases and start recognizing them. Only then can you begin to develop an honest bias.

Just as important as going into a conflict as unbiased as possible is to conduct a conflict in a neutral environment. You need a clear code of conduct to avoid things such as name-calling, and you need to be on the same power level as your conflict partner.

Arguments do not have to be bad and ugly. Once you learn to accept your own biases and step back from the emotional aspect of an argument, you can use these newfound techniques to better understand and even befriend your opponent.

Self-help author Daniel H. Pink is one of the many fans of “Why Are We Yelling?” He says: "Conflict can be ugly. But if you follow the precepts of Buster Benson, you’ll discover that it’s also inevitable, necessary, and even helpful. Nobody can completely avoid conflict, but everybody can learn how to argue better and more productively with this provocative book.”

Next time you get angry during an argument, take a deep breath, and ask yourself, “Is this conflict about the head, the hand, or the heart?”

Buster Benson, born Erik Keith Benson, is an American entrepreneur and author. He is the cofounder of “750 Words,” and has previously worked as product leader for Amazon, Twitter, Slack, and... (Read more)