Where You Go Is Not Who You'll Be - critical summary review 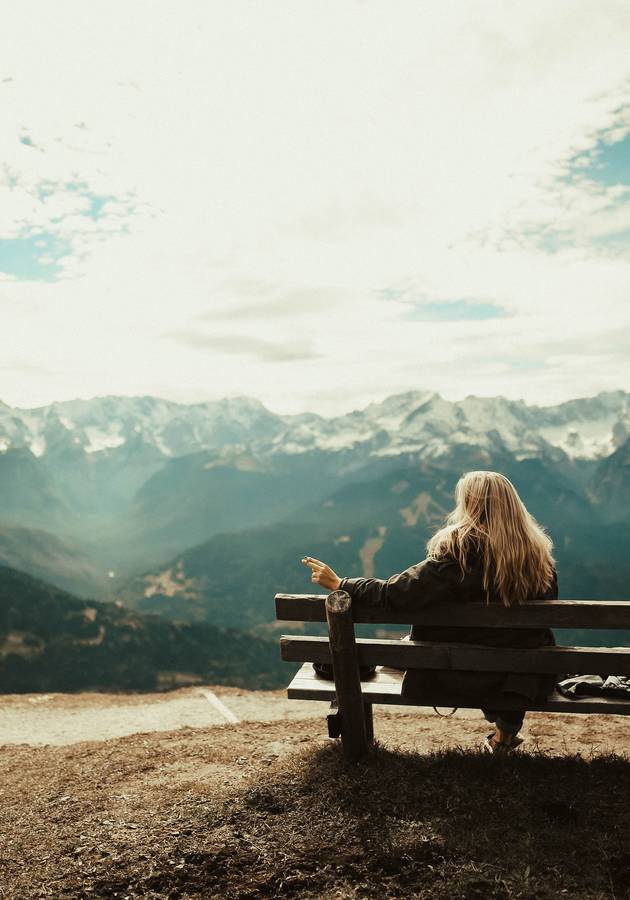 This microbook is a summary/original review based on the book: Where You Go Is Not Who You'll Be: An Antidote to the College Admissions Mania

Every year, the U.S. News & World Report publishes a highly influential list of the country’s “best colleges.” And every year, prospective students base their future “educational destination” upon this list. However, the rankings system is highly unscientific. What’s more, the admission process is discernibly biased toward the rich, the white, and the legacies. So, many students are doomed to be rejected – from colleges they never wanted to attend!

In “Where You Go Is Not Who’ll Be,” award-winning journalist Frank Bruni reminds us that this is not how the educational system should work. So, get ready to discover everything that’s wrong with the college admissions mania – and find out why it doesn’t really matter which college you’ll choose, but how you’ll spend your time there.

Contrary to popular conviction, the road to riches isn’t necessarily “trimmed in ivy,” and the reins of power aren’t held by those who’ve “donned Harvard’s crimson, Yale’s blue, and Princeton’s orange.” And it’s not even difficult to bust this myth.

Let’s start with the Fortune 500 list. Back in 2014, the largest ten corporations of the United States by total revenue were, in order, Walmart, Exxon Mobil, Chevron, Berkshire Hathaway, Apple, Phillips 66, General Motors, Ford Motor, General Electric, and Valero Energy. Here’s the list, in the same order, of the universities from which the CEOs of these companies got their undergraduate degrees: Arkansas, Texas, California, Davis, Nebraska, Auburn, Texas A&M, the General Motors Institute, Kansas, Dartmouth College, and Missouri. Yes, that’s right: just one Ivy League school on that list.

Now, let’s move on to our presidents. True, the last five – Trump, Obama, the two Bushes, and Clinton – are all Ivy League graduates. But widen the circle a bit, and you get a very different story. Ronald Reagan, for example, attended Eureka College, a tiny school in Illinois, never ranked in the Top 30 by the U.S. News & World Report. Richard Nixon got his bachelor’s degree from Whittier College in Southern California. Lyndon Baines Johnson got his from Southwest Texas State Teachers College. Many of the recent presidential candidates – Joe Biden, Paul Ryan, John Edwards – aren’t Ivy Leaguers themselves. And who knows if it is actually a good idea to mention Dan Quayle’s education – after all, the guy couldn’t spell “potato” right – but he did make it to the White House, and “was a mere heartbeat away from the presidency… by way of DePauw University in Indiana and law school at Indiana University!”

Merely exceptions? Well, not according to the Platinum Study by sociologist D. Michael Lindsay, the most comprehensive on the subject. It involved interviews with over 500 American leaders, over half of which were, at the time, CEOs of major corporations, and more than 100 of which were leaders of major nonprofit groups. There were also more than a dozen government officials and even a few former presidents. “I fully expected that we would see that a large percentage of people had gone to highly selective schools both for secondary and higher education,” Lindsay told Bruni in an informal discussion. But that didn’t turn out to be the case. On the contrary: only one-third of the leaders interviewed had attended elite schools!

Everything that’s wrong with the American educational system

“In other words, there’s no pattern. None at all,” concludes Bruni. Your heights aren’t determined by the college you’ll attend: society just makes you believe they are. And because of this – and only because of this – you’ve dreamt of going to Harvard or Cornell ever since sixth grade, and you fell into depression once you weren’t accepted. But the chances were never in your favor: the system has been rigged against you ever since it was established. Here is how.

Back in 2015, only 5.1% of the 42,167 applications received by Stanford got back an acceptance notice. So, that’s just 1 in 20 aspirants. And bear in mind that the other 19 weren’t “slackers, stumblebums, unhinged gamblers or delusional narcissists” – but “accomplished secondary school students for whom Stanford wasn’t and shouldn’t have been a completely ludicrous wish.”

But how did attending an Ivy League college get to become such a “ludicrous wish?” Well, quite simply, it was what the Ivy League colleges wanted to achieve from the start. You see, scarcity is one of the six universal principles of human behavior, and, unfortunately, one of the main things taken into consideration before the college rankings are published. Even worse: scarcity can be manufactured, and this is precisely what Stanford, Yale, and Princeton are doing. They are simultaneously attracting more and more applicants while lowering acceptance quotes.

To use the words of Ted O’Neill – dean of admissions at the University of Chicago for several decades until 2009 – “a while ago, a surfeit of applications became a way to promote your college, and the admissions office became, in effect, a public-relations arm of the university.”

If you think that playing around with admission rates is the only thing wrong with college rankings – think again! In an article written soon after stepping down from his job in 2013, Jeffrey Benzel, former dean of admissions at Yale, unequivocally stated that “the publication of college rankings is a business enterprise that capitalizes on anxiety about college admissions.”

“While choosing a college is indisputably more important than buying a household appliance,” he went on, “college rankings systems all take a far less thorough and scientific approach than Consumer Reports does when testing vacuum cleaners. Another problem with rankings is that they allow the dominant player – U.S. News & World Report, a magazine that has actually gone defunct and exists now only as a purveyor of rankings – to exert undue influence.”

Believe it or not, more than 20% of the score assigned to a school “reflects what high school guidance counselors think of it and the regard in which presidents, provosts, and admissions deans at other colleges hold it.” But how can anyone have in-depth knowledge about any school other than their own? Also, how does the U.S. News & World Report measure the “reputation” of a college, another thing that gets factored into the final ranking? And how does the money a university has at its disposal relate to the quality of the education it offers?

And yet, the very existence of these lists makes students opt for the higher-rated universities, although some of them may not be the best choice for them to begin with – on that far more important, subjective, and spiritual level.

Another serious problem of the American educational system is legacy preference. In essence, it means that if you are just as good as some other aspirant who is the son or the daughter of a previous Ivy League attendee – or, worse yet, a financier of the institution – you’ll most certainly not get in.

Don’t believe that? Well, you don’t have to, because it is a proven fact: according to a study done by Michael Hurwitz in 2011, legacies have a 23.3% better chance of admission than nonlegacies. Even worse, “primary legacies” have a 45.1% better chance. Translation: between two identical candidates, if a nonlegacy has 30% chance of getting into a certain university, a primary legacy will have about 80% chance. In plainer words: the latter will almost certainly get an acceptance notice, even though, by the usual standards, they might be in the bottom-third of the applicants’ pool. Now, is that… fair?

Speaking of fairness – is it fair that these legacy families are usually very, very rich, to begin with? Once again, you don’t have to take Bruni’s word for it: according to a study conducted by former Yale alumni Rebecca Fabbro, 48% of Yale’s students (yes, that’s half of them) come from families who make more than $200,000 per year and belong in the top 5% in the United States. This amounts to a self-perpetuating and very vicious cycle: the rich gain acceptance at Ivy League colleges because of their connections, and their children because of their legacies.

Obsessive parents… and as obsessive children

Because of the cycle just mentioned, poor parents are led to believe that getting into an Ivy School College is a one-way ticket to success. And, being parents, they are pretty willing to do anything to get their children any type of competitive advantage. Of course, in a market-based society, that must necessarily result in the establishment of numerous institutions that are willing to help them – and earn quite a lot of money in return.

You need nothing more but a single piece of information to realize how crazy things are. Because getting the head start has become an obsession for parents, there are organizations (plural!) that offer “guidance and test preparation for kids vying for admission to selective grammar schools, kindergartens, and even preschools.” One of them, the Aristotle Circle – founded by a former investment banker who had done her undergraduate work at MIT before getting an MBA at Columbia – receives $450 for every hour of tutoring!

No wonder that Michael Motto, a former admissions officer at Yale, once received an application from a highly impressive young woman, who thought it was smart to mention, in her application essay, that she once preferred to urinate on herself to not pull herself away from an intellectually stimulating discussion with her French teacher! That’s not something one should admire, Motto notes: it’s something that needs to be properly treated. Just like the entire American educational system.

Last but not least. According to a nationwide Gallup poll, only 9% of business leaders deem the ranking of your college “very important” as an employment factor. Eighty-five percent, on the other hand, think your field-relevant knowledge is the most important employment criterion. So, stop despairing: Harvard and Yale aren’t the only options. Moreover, college shouldn’t be about success – it should be about leaving your comfort zone and experiencing range. “College is a singular opportunity to rummage through and luxuriate in ideas, to give your brain a vigorous workout and your soul a thorough investigation, to realize how very large the world is and to contemplate your desired place in it,” writes Bruni. Use it – as opposed to doing everything not to.

“Where You Go Is Not Who You’ll Be” is more than just a good book – it is also a useful book. To anyone who might take it as seriously as Bruni intends it, it might also prove to be a life-changing book.

True, some parts of it sound a bit forced – and some of the numbers don’t take into consideration philosophical fallacies such as the survivorship bias – but, all in all, it is a book one should definitely read before deciding on his future education.

We promise you: Bruni’s book will certainly make the process easier.

Stop consulting the rankings before deciding on your college of choice. Instead, consult your authentic self. Remember: much more important than the university you choose – is the way you spend your time there. So, don’t waste it trying to get to Harvard – because some list says you should.

Frank Bruni is an American bestselling author and an award-winning op-ed columnist for The New York Times. Before being promoted to this position, he worked as the... (Read more)