What to Expect When You're Expecting - critical summary review 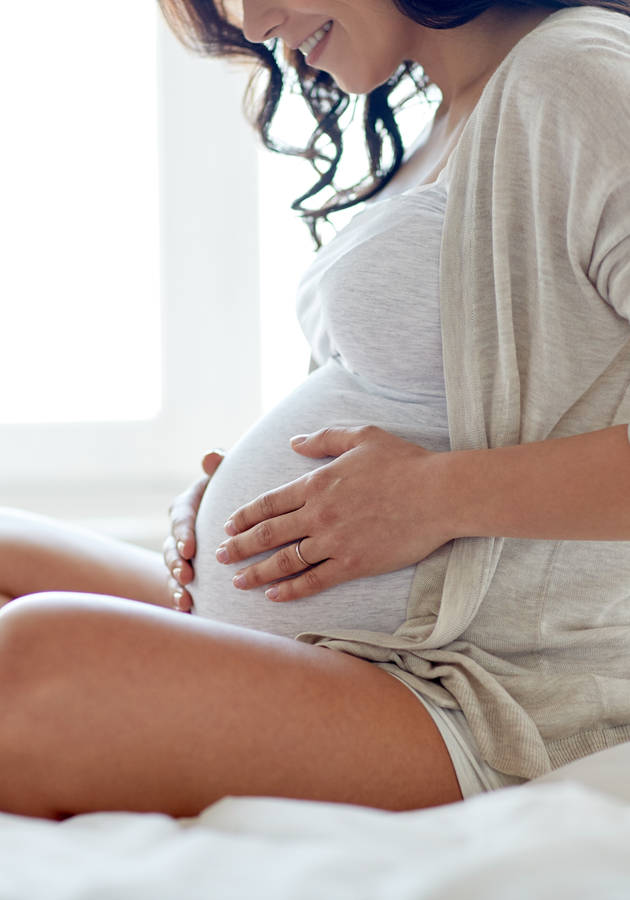 This microbook is a summary/original review based on the book: What to Expect When You're Expecting

Hours before delivering her first daughter, Murkoff delivered the proposal for a pregnancy guide to her publisher, aka the book she wished existed to help her go through the process. Soon enough, in 1984, “What to Expect When You’re Expecting” was published, one of the best pregnancy and parenting books of all time, the longest-running New York Times bestseller in history. The book evolved into a series of pregnancy guides and gave birth to What to Expect Foundation and the whattoexpect.com webpage.

It may not be too obvious at first, but this book targets not only pregnant women but also those who plan to get pregnant and mothers who want to get their lives back to normal after giving birth. Finally, it’s also about dads-to-be – not only because there’s a chapter addressing them explicitly, but also because parenting is becoming more of a two-person job, unlike the old days.

Without further ado, let’s jump into “the bible of American pregnancy,” and learn what Heidi Murkoff, one of the 100 most Influential People in the world according to Time Magazine (2011), has to say about the journey from conception to birth.

Understanding the period after you conceive

As you know well, pregnancy comes with adjustments in your everyday life. If you’re wondering just how “drastically your lifestyle will have to change now that you’re living for two,” then the right answer would be - by a substantial margin.

Sports and exercise are still recommendable, but you don’t need to change that part of your lifestyle; you just need to be a bit more moderate. The same holds true for caffeine, but it doesn’t for drinking and smoking. In other words, “there’s just no research to support” that either, even in small amounts, is a completely safe bet and the Surgeon General, the American College of Obstetricians and Gynecologists (ACOG) and the American Academy of Pediatrics (AAP) advise that no amount of alcohol is safe for pregnant women, and that “smoking during pregnancy, particularly beyond the third month, isn’t just hazardous to your health – but your baby’s, too.”

Of course, saying that isn’t the same as giving up on smoking completely, so in this book, you’ll find advice on how to break your smoking habit and how to deal with secondhand smoke. Drugs are covered as well, and no need to say that all of them are strictly forbidden as well; yup, even marijuana.

Here are a couple of ground rules that should be at the center of your diet, and your lifestyle for that matter:

Nine months and counting: from conception to delivery

“Congratulations, and welcome to your pregnancy!” – that’s how the second part of “What to Expect When You’re Expecting” begins. Divided into nine chapters, each of which represents 1 month during the pregnancy, and everything that’s happening in your stomach week-by-week during that month.

The first month, approximately 1 to 4 weeks

“During the first four weeks, your body will be gearing up for the months of baby-making to come.” This is when “you’ll notice changes in parts of your body you’d expect (like your belly), as well as places you wouldn’t expect (your feet and your eyes). You’ll also notice changes in the way you live – and look at – life.” Here, you’ll find all about these early symptoms as well as about the ways to alleviate some of the negative ones (like fatigue or morning sickness).

The second month, approximately 5 to 8 weeks

Starting week five, your body will start to change, as well as the baby’s form. During this stage, many soon-to-become mothers have ambivalent feelings about pregnancy and ponder how it will affect their lives. Some of the more common nuisances at this stage include heartburn and indigestion, food aversions and cravings, as well as the visible, spider, and varicose veins. Less common problems involve achy, swollen pelvis, breakouts, dry skin and eczemas, mood swings, depression, and panic attacks. Murkoff also goes into detail about weight gain, from the normal rate to red flags.

The third month, approximately 9 to 13 weeks

By now, the baby and lifestyle are experiencing a great shift. Thoughts of something going wrong can be overwhelming and are affecting how women act and behave. Constipation, diarrhea, headaches, corpus luteum cyst, stretch marks, are among the primary concerns for pregnant women at this stage.

Since this is the month when you may first hear “the amazing sound of your baby’s heartbeat” at the checkup, there’s everything about that too. Also, there is a possibility of an increased sex drive, as well as the discomforting of being a pregnant worker. It is truly sad that in the 21st century, women still have to contend with peer pressure and possible mistreatment at work. Murkoff, however, is your right-hand woman, as she explains how to handle it, and what steps you need to take to avoid injustice.

The fourth month, approximately 14 to 17 weeks

Your baby this month, what you may be feeling, a look on the inside, what you can expect at this month’s checkup, what you may be wondering about. Once again, after the usual things are covered, Murkoff moves on to the possible annoyances and problems. It starts with dental problems and nasal stuffiness and nosebleeds, before moving on to topics such as vaginal discharge, elevated blood pressure, sugar in the urine, and anemia.

The fifth month, approximately 18 to 22 weeks

Moving on: with the fifth month comes the dizziness, backache, abdominal aches, foot growth, and fast-growing hair and nails. As scary as it may sound, it’s only the usual. There are many travel advice here, starting from the obvious (say, wearing a seat belt) to whether it’s safe for you to travel by plane. Among other things, Murkoff also weighs in on sex by elaborating on what the benefits and setbacks are, and how to make things easier for you and your partner.

The sixth month, approximately 23 to 27 weeks

For soon-to-be mothers, month six is usually followed by sleeping troubles, protruding navel, itchy bell, clumsiness, numbness in the hands, and leg cramps. But bear in mind that this differs from case to case, so take this information with a grain of salt. More serious problems are also a possibility (“when something just doesn’t feel right”), ranging from preeclampsia to bleeding.

The seventh month, approximately 28 to 31 weeks

The third and final trimester means excitement and anticipation – but also multiplied pregnancy aches and pains. Consequently, Murkoff revisits some topics – such as fatigue and lower back pain – while also sharing everything you need to know about kick count, fetal hiccups, and even accidental falls.

The eighth month, approximately 32 to 35 weeks

It’s the eighth month, and it’s time you learn something more about Braxton Hicks contractions, “not-so-funny rib-tickling,” and the lack of bladder control. It is also vital for both parents to start thinking about choosing a pediatrician, as well as the baby’s size, the baby’s position, and all about cesarean delivery. The eighth month is the perfect time to start learning more about breastfeeding – and that goes for the fathers as well!

The ninth month, approximately 36 to 40 weeks

Murkoff writes – “Finally. The month you’ve been waiting for, working toward, and possibly worrying about just a little bit is here at long last. Chances are you’re at once very ready (to hold that baby … to see your toes again … to sleep on your stomach!) and not ready at all.” The ninth month is the longest month of all, and it’s the most suitable one to read a paragraph on two about leaky breasts, urinary frequency, and due dates and overdue.

This is the time when you need to find out all about prelabor, false labor, and real labor, including the symptoms for each and the right moment to call the practitioner.

The nine months have passed, you’re into labor, and it’s time you deliver your baby to this world. Don’t panic: “What to Expect When You’re Expecting” has everything covered. After the baby is born, you’re officially a mother, but you’re also unofficially still on the pregnancy territory:

The answers to all of the above questions are “yes,” but these are only a few of the many answered in this chapter. Others include baby blues, postpartum backache, and workout rules for the first six weeks after birth.

Fathers are expectant, too

True, mothers are the only ones capable of going through pregnancy, nonetheless, fathers can ease off the pain and make the whole experience more beautiful. Speaking of everything: let’s see what role dads need to embrace during and after the pregnancy and how to cope with it. Murkoff addresses them:

“As a dad, you’re not only an essential member of your baby-making team, but an invaluable nurturer of both your pregnant spouse and your unborn offspring. In the months to come, you’ll participate fully in the amazing process of pregnancy—in the excitement, in the responsibility, and, of course, in the worry.”

In a way, she says that dads should really read the whole book through, but this chapter especially – which is not for the eyes only. In it, dads can read all about how to deal with their partner’s symptoms and how to survive her mood swings, and, of course, how to deal with their sex urges both during pregnancy and after delivery.

Regarded as a lifesaver, “What to Expect When You’re Expecting” is a gem for soon-to-be parents and a read that we recommend wholeheartedly. Though the narrative is primarily linked to the physical problems that occur during pregnancy, it also covers the psychological burden that women need to carry when they decide to become mothers.

According to recent statistics, almost 9 out of 10 pregnant women in the U.S. who buy a book on pregnancy opt for “What to Expect When You’re Expecting,” something that even further supports the notion that it is something “what every mother can’t do without.”

If you like to further educate yourself about children’s upbringing and learn how to help them reach the zenith of their personal development, we recommend that you dive into “How to Raise Successful People” by Esther Wojcicki.

Heidi Murkoff is an American author best known for the “What to Expect When You’re Expecting” pregnancy guides. She was named one of the 100 Most Influential People in the World in 2011 by Time magazine. Murkoff got the idea for the book during her fir... (Read more)