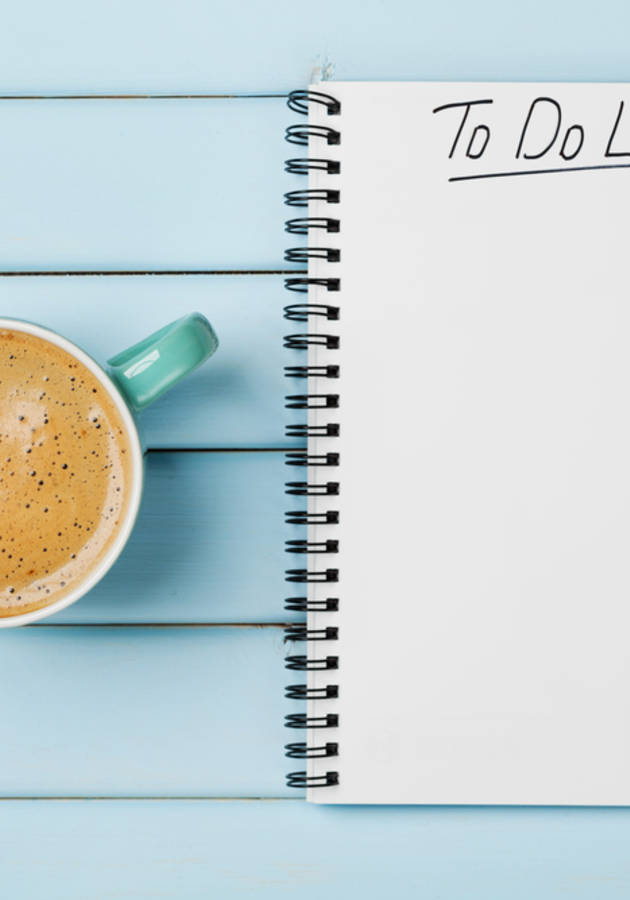 This microbook is a summary/original review based on the book: To-Do List Formula: A Stress-Free Guide To Creating To-Do Lists That Work!

To-Do List Formula: A Stress-Free Guide to Creating To-Do Lists That Work!, by Damon Zahariades (2016), aims to provide approaches specifically designed to help you organize, manage and address every task and responsibility on your routine in a timely fashion. Millions of people use to-do lists that set them up for failure. It doesn't matter how hard they try, because at the end of each day there will be a huge list of unfinished tasks.

The good news is that there is a simple solution for those cases. It is just a matter of managing your workload and responsibilities at the office and home. This approach is detailed in To-Do List Formula, a guide you may use to create an effective personal task management system.

If you are tired of creating to-do lists that regularly disappoint you, maybe it’s time to make a positive change. Damon Zahariades, the author, is the guy behind artofproductivity.com, a website devoted to showing you how to hack your day to get more things done. He owns a marketing agency and also creates action plans that tell others how to increase productivity. So, shall we begin?

The Part I: Why You’re Not Finishing Your List of To-Do Items cites eight reasons why you are failing to get through your daily to-do lists:

Learning how to create and organize, as Zahariades suggests, reduces the stress that impairs productivity. In Part II: 10 Most Popular To-Do List Systems, the author mentions the most common (and flawed) to-do lists:

In what's probably the most important section of the book, Part III: How To Create The Perfect To-Do List, Zahariades enumerates ten steps that help to build an effective to-do list system. Those steps reduce stress, eliminating your frustration and helping you to focus and to avoid distractions along the way.

Your master task list, context lists, and daily to-do lists are components of a broader system: their effectiveness depends on that system’s integrity. For that, Part IV: How To Maintain A Well-Oiled To-Do List System shows us, step by step, tips on how to maintain an effective to-do list system.

And, finally, Part V: Offline vs. Online: Where Should You Create Your To-Do Lists? points out a never-ending debate about creating and organizing your to-do lists using digital tools or using good old pen and paper.

The case for pen and paper:

The case for keeping your to-do lists online:

How to incorporate your calendar into your to-do lists:

What is a Done List? Should you keep one?

By understanding all those tips and steps, your self-designed task management strategy should be tailored in such a way that works for you.Your to-do list system should complement your workflow. It should suit your methods of getting things done. In addition, the purpose of your task lists, both master task and daily to-do lists, isn’t to make sure you get everything done. Rather, their purpose is to make sure you’re focusing your limited time and attention on your most important work and tasks.

Being productive isn’t about keeping yourself busy. It is about getting the right things done based on your short and long-term goals. You have a million things to do today. It’s not impossible to organize them effectively. Do so day after day without fail. Consistency is the oil that keeps the engine running.

Are you tired of creating to-do lists that constantly disappoint you? Do you want to learn the correct strategy and to enjoy increased productivity, less stress and even more free time during the process? Now it is the time to make a positive change. Then let’s explore this microbook together!

Damon Zahariades is a productivity expert and owner of ArtOfProductivity.com, a site devoted to helping people manage their responsibilities more efficiently. He creates action guides to show his readers... (Read more)

To-Do List Formula is now available in the 12min!

The microbook based on To-Do List Formula is already available on 12min. Leave your email and you will receive a invitation to download the 12min app. Our app is available for iPhone and Android and in it you will find all our microbooks in text and audio. By registering, you get 3 days of unlimited access!