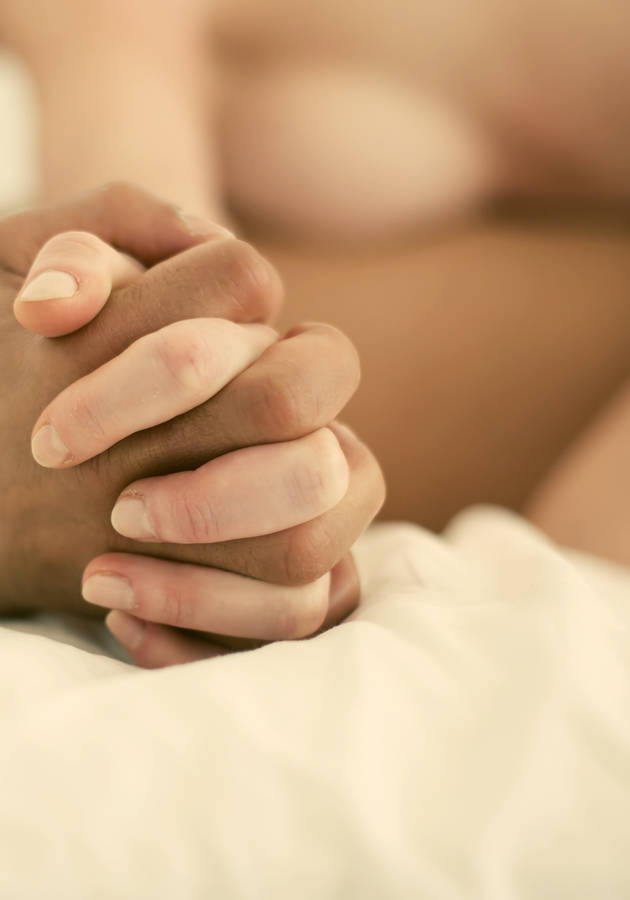 This microbook is a summary/original review based on the book: Three Women

It’s the 21st century, and not only is pornography ubiquitous, but also just about everyone has posted a nearly-naked selfie of themselves on Instagram – so it is more than exaggerated to say that sex is still a taboo topic. And yet, as Lisa Taddeo demonstrates in “Three Women,” sex is nothing less than taboo for about half of American women. Moreover, heterosexual marriage might be a sham for the majority of the other half as well.

Based on a decade-long investigation, “Three Women” is a riveting true story about the sex lives of three real American women – Maggie (real name), Lina, and Sloane (pseudonyms) – that might change the way you think about sex and marriage.

So, get ready to explore the hidden desires of the women around you, and prepare to discover how society cripples and maims female lust – and what that leads to in the most developed country in the world.

Meet Maggie, a 23-year-old girl from Fargo, North Dakota, going to court to confront the town’s favorite teacher, Aaron Knodel. By her account, six years before, during her second semester of freshman year, she was completely and utterly enthralled with Knodel, who seduced and used her in the way a "wholesomely carnal” teacher “possessing the strut of a movie star” could seduce and use a 17-year-old dreamy-eyed girl.

Interestingly, during their years-long affair, the two never had sex: Aaron never allowed that. They did everything else, though – even with Aaron’s sleeping children in the same house – until, one day, Aaron’s wife discovered the texts between the two, and Aaron abruptly ended everything with Maggie. Maggie was, of course, devastated. With Aaron, it was the first time in her life that she felt something as profound and as beautiful as love.

“Like many girls her age,” writes Taddeo, “Maggie was laid out before the world, unafraid, unpopulated. Men come to insert themselves, they turn a girl into a city. When they leave, their residue remains, the discoloration on the wood where the sun came through every day for many days, until one day it didn’t.”

Maggie said nothing for some time, until one day, quite suddenly, she heard that Knodel was named North Dakota’s Teacher of the Year. It was then that she decided to step forward. In our #MeToo era, you would expect unanimous support for her. However, don’t forget that Maggie doesn’t live in Los Angeles or New York. What followed was the opposite: nobody believed her. On the contrary, in fact: everybody started shaming her and describing her as a “crazy and broken” girl who wanted nothing more than status and some money.

The fact that her relationship with Aaron started after she had confided to him that she had a relationship before with another older man is used as evidence against her in court. Aaron’s status – popular and well-liked married man and teacher with children – is enough to question almost everything Maggie says. The final verdict? Aaron is innocent, and he keeps his job. Maggie, on the other hand, is scarred for life. Because of her relationship with Aaron, she has dropped out of college and now works as a waitress, hardly the career she had hoped for.

“There are two Americas,” concludes Taddeo, absolutely certain that Aaron is guilty and Maggie twice the victim. “There are men, and there are women, and one still rules the other in certain pockets of the country, in moments that are not televised. Even when women fight back, they must do it correctly. They must cry the right amount and look pretty but not hot.”

We move to suburban Indiana to meet Lina, the second of the three women from the title, a homemaker and a mother of two.

The thing Lina wanted the most in her life was to be desired by someone.  Unfortunately for her, she ended up being married to Ed, someone who, after ten years of marriage, doesn’t like to kiss her anymore, because the sensation of someone else’s tongue in his mouth “offends” him.

Lina loves her children, but almost nothing else about her life. “People in towns like Lina’s think people are good people if they are not cheating, if they are not leaving home,” Taddeo reminds us. “Lina is having a mental breakdown because nobody cares. Nobody died, so nobody cares. She feels that she’s suffocating. She has these children she has to keep alive day in, day out, and if anything happened to them she would die, but at the same time, they are weights. She feels alone in caring for them. She feels alone in caring for herself. She wishes she could stop caring for everything. She wishes she could burn the house down. She wishes her husband would touch her and make her feel like a living thing. She tried telling a friend. She tried asking for help. Oh, Lina! her friend said, laughing. Of course you feel terrible, you’re married!”

One day, Lina reconnects online with an old crush of hers: Aidan. Aidan was one of the popular guys at her school, “strong and hot and extremely quiet so that every time he opens his mouth it’s exciting.” However, she lost him after one kiss and after she was sexually assaulted by three guys during a party that was not really a party (that’s not how the story was told by the guys, though). Now, years later, Lina has no intention of letting him go. Though married with children of his own, Aidan, still “a loaf of a man,” reciprocates. The passion is real and knee-tingling and heart-drubbing. The passion overcomes Lina.

The guy she shared her first kiss with is the guy who has now awoken her from her monotonous “sleeping-maid marriage” with another. Entirely physical, the affair goes on and on – mostly on the backs of their cars and in hotel rooms. Even though Lina is very much aware that Aidan isn’t as attached to this as she is, she doesn’t mind: just like Madame Bovary, Lina finds in this affair something more, something akin to sexual liberation.

And she knows how much that has changed her. “Not having a partner, for Lina, was like slowly, quietly dying,” writes Taddeo. “Maybe Aidan… would never leave his wife. Maybe none of the ways in which she’d gilded him were accurate. But Aidan made her veins hot. He made her feel like a girl and not a part of the house. She could no longer see the end of her life clearly, she could no longer picture the grayness of the earth she would be buried under and the road the hearse would take to get her there. And that was more living than she’d done in her whole life.”

Sloane is the pseudonym Taddeo uses for a wealthy restaurateur in her early 40s, thin and genuine with a face like a sorority girl and a very long, very beautiful hair the color of chestnuts. She is married to a man named Richard, “who is not as handsome as she is beautiful.” The two have two daughters, “equine and vibrant like their mother; and a third child, Lila, Richard’s daughter from his first relationship.”

A few days later, Karin and Sloane spend a day together with each other, and they decide to spend the night together with Richard. One thing leads to another, and, before too long, the three engage in a sexual relationship. At first, Sloane has problems watching her husband inside another woman. She overcomes them the same night, but, for Richard, the experience becomes a character trait: soon after, he starts encouraging (even pressuring) his wife into relationships with other men. Sometimes, she describes him these affairs. More often, however, he watches them firsthand.

Problems arise when Jenny, the wife of one of Sloane’s favorite extramarital partners, Wes, finds out about her husband’s sexual affair. “You’re the woman,” she confronts Sloane. “And you let this happen… Don’t you know you’re supposed to have the power?”

“What she really wanted was for Richard to explain to Jenny that he’d pushed her to do it, which was the truth,” explicates Taddeo. “She wanted him to say, Look, this isn’t Sloane going after Wes; we were confused about your relationship. This is something we both did as a couple. It wasn’t Sloane. She’s not what you think.”

Richard didn’t do that. But that didn’t take away too much of Sloane’s love for him. Strangely enough, as far as Sloane is concerned, “there is nothing more important than the fact that she wants her husband above all others, and he wants her above all else.” And nothing can be more perfect than that.

It’s true: men and women are equal – but only if you live in the developed parts of the developed world. For half of the American women, gender equality is nothing more than a futuristic concept. Maggie discovered this the hard way: in some parts of the South, if the man who uses a woman’s body is religious, married, and respected, the whole community will stand beside him no matter what. That’s how it has been for millennia. That’s how it is still for millions of women in the United States: they are imprisoned by the male gaze.

“One inheritance of living under the male gaze for centuries,” writes Taddeo at some point, “is that heterosexual women often look at other women the way a man would.” That’s why Maggie, a sufferer of the aftereffects of an affectionate relationship with a married teacher of hers, is publicly shamed and insulted by other women as well when she decides to raise the issue and confront her teacher in court. It’s not that the women wouldn’t want to side with her – it’s just that they need the approval of men and other women so they can be able to approve of themselves.

And it is because of these remnants of conventions and tradition that monogamy still persists – despite numerous men departing from it, and despite numerous women dreaming about other men. Of the three women portrayed by Taddeo in her book, the only one with something akin to a happy longtime relationship is Sloane, a middle-aged swinger who often has threesomes with people chosen by her husband. Lina, on the other hand, doesn’t mind one bit having an extramarital affair with a married man – everything’s better than not being desired by her husband. Is monogamy a sham? Are most of us just lying to ourselves?

Lauded as “the most in-depth look at the female sex drive that’s been published in decades” by The New York Times, “Three Women” is a “breathtaking” and “staggeringly intimate” reportage about the desires of a few women nobody would ever bother reporting about.

And that’s why it is undoubtedly one of the best books of 2019.

“It’s the nuances of desire that hold the truth of who we are at our rawest moments,” writes Taddeo. So, never stop exploring the longings of your body – as well as those of your partner. No matter where that might lead you, it will certainly help you to get to know yourself better.

Lisa Taddeo is an American writer. A two-time recipient of the Pushcart Prize (2017, 2019), she has published numerous short stories in magazines such as Granta, McSweeney’s, CQR, The... (Read more)