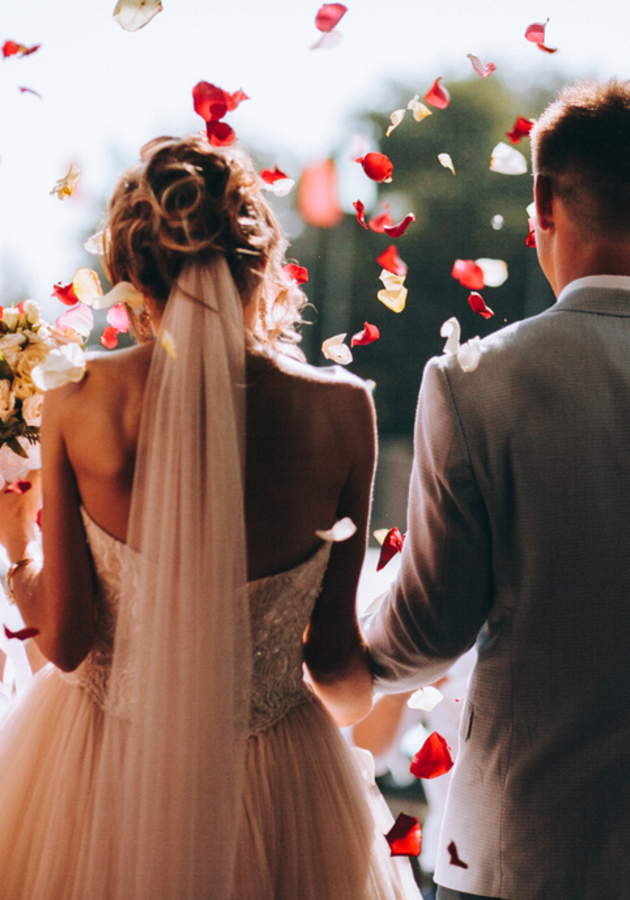 This microbook is a summary/original review based on the book: Things I Wish I’d Known Before We Got Married

Each year, more than four million brides and grooms in the United States say ‘’I do’’ to each other. Unfortunately, around half of these couples end up divorcing within the first seven years of their marriage. Decades-long marriage counselor Gary Chapman believes this is due to a wrong perception most of us have about marriage. According to him, couples need to prepare for marriage better, and in ‘’Things I Wish I’d Known Before We Got Married,’’ he uses his marital and counseling experience to teach them how. So, get ready to hear what you need to know before saying ‘’I do!’’

Love is not enough to build a successful marriage

When he started dating his wife Karolyn, Chapman knew she was the right girl for him. Their kiss was like a trip to heaven for him. When he would see her, he got goose bumps. He liked everything about her - the way she looked, talked, and walked. He was especially fond of her brown eyes. He could never imagine there was a girl more wonderful than she was. ‘’I think she had the same thoughts and feelings about me,’’ Chapman recalls. Intending to make each other feel this way for the rest of their lives, they got married shortly after they started dating. However, only six months after saying ‘’I do,’’ they were both miserable. ‘’The euphoric feelings were gone, and instead, we felt hurt, anger, disappointment, and resentment. This, we never anticipated when we were ‘in love.’”

During his time as a premarital counselor, Chapman realized that most couples have the same inadequate perspective about marriage. When he would ask some of these couples why they wanted to get married, they would almost always include the word ‘’love’’ in their response. When Chapman would ask them about the meaning of love, in most cases, they would talk about the deep feelings they had for each other.

‘’Being in love is not a sufficient foundation on which to build a successful marriage,’’ says Chapman. Most couples decide to get married while they are in love and therefore overwhelmed with emotion. Out of the common belief that love is the only thing they need, they fail to consider their contradictory interests, value systems, and goals. However, when they ‘’come down off the emotional high,’’ the aspects they fail to consider suddenly become something they often argue over. At this point, many couples decide to separate because the love they had for each other is gone. Chapman says the primary purpose of dating should be getting to know each other and examining ‘’the intellectual, emotional, social, spiritual, and physical foundations for marriage.’’

What is your love language?

Before entering marriage, all couples should know that their romantic love has two stages. We commonly call the first one ‘’being in love.’’ ‘’When we are in love,’’ Chapman writes, ‘’we freely do things for each other without thought of cost or sacrifice.’’ He compares being in love with a euphoric state since it makes people unable to concentrate on anything except the person they are in love with. However, research indicates that the “in love” phase lasts approximately two years. Then, the emotions change, obsession fades, and the couple enters a new stage of love. Unlike the first one, the second stage is much more intentional because it requires hard work to accept each other's differences and keep emotional love alive.

Solving problems that usually arise at the second stage involves learning to interpret and adequately respond to our partner’s love language. What does that mean? Let’s say that a wife thinks her husband does not love her because he does not do things together with her, such as gardening, walking, camping, or simply sitting and talking with her. On the flip side, her husband does not understand why she feels unloved when he works hard to provide for their family and even helps her with house chores. The thing is, he is expressing love, just not in a language she can understand. For him, actions are those that speak love, while for her, love means spending quality time with each other.

Therefore, to manage marriage struggles often occurring in stage two, observe your partner's behavior while dating to learn what love languages they speak the most. If, for instance, your partner often uses affirmative words, such as “I really appreciate you washing the car,’’ “Thanks for taking out the garbage,’’ or “You look nice in that outfit,” it means that their primary love language is, what Chapman calls, ‘’words of affirmation.’’ Some people express their love by giving gifts. If your partner is one of them, it means they speak the ‘’receiving gifts’’ language. Therefore, to communicate love to them, occasionally give them gifts they appreciate the most.

Are you familiar with the sayings: ‘’Like mother, like daughter’’ and ‘’Like father, like son?’’ Chapman says these sayings convey an important fact we should consider before getting married. ‘’To some degree,’’ he writes, ‘’we are all products of our environment.‘’ That is, both you and your partner are greatly influenced by your same-sex parent. For instance, if your future husband’s father is controlling and verbally abusive, do not be surprised if in 10 years your husband becomes the same. Research also confirms this is not a myth - abusive men were almost always abused as children.

Knowing that there is a connection between you and your parent’s behavior enables you to observe yours more objectively as well and break its negative patterns. If, for example, your mother is an alcoholic, statistics say you are more likely to become one, too. This should not scare you, however. If your mother has a drinking problem, you are not destined to alcoholism. By taking positive steps and learning more constructive ways to deal with stress and disappointment, you can break the alcoholic chain. You should worry, though, if you notice that your partner does not do anything to understand his parent’s destructive behavior. It is a sign that they are likely to repeat it.

Therefore, in a dating relationship, consider the characteristics of your partner’s same-sex parent. Talk with your partner about the ones that disturb you - if they do not disappear before marriage, they will not after you get married, either.

One young man who Chapman counseled admitted he was concerned that his girlfriend would become like her extremely talkative mother. He said this about her: ‘’She hardly takes a breath between sentences ... I feel trapped when I’m in her presence.’’ When he confessed his feelings to his girlfriend Annie, she did not understand what he was talking about. ‘’Because we have grown up with our parents, we don’t recognize their patterns of communication as being unhealthy,’’ Chapman writes. To make Annie perceive her mother’s behavior more objectively, Chapman proposed they record her mother talking next time they meet her. When she listened to the recording later, Annie realized why her mother’s communication patterns were unhealthy and was therefore determined to pay attention to her own communication style and change its negative aspects.

Couples rarely have conflicts while they are in love. When he was dating his wife, Chapman says he could not imagine that they would ever have any big disagreements. ‘’We seemed so compatible. I was willing to do whatever she desired, and she seemed to be willing to follow my suggestions,’’ he recalls. However, in the first few years of their marriage, they found themselves embroiled in conflicts. ‘’I could not imagine how illogical she was, and she could not imagine that I could be so harsh and demanding,’’ Chapman writes. What they should have known then was that conflicts are a normal part of every marriage. There are no married couples who never experience them, for one simple reason - we all are individuals with different needs and desires.

You must begin your marriage by accepting the reality that you will have conflicts with your spouse. Do not think they are a sign that you married the wrong person - they prove that you both are human. If you discover a healthy plan to process them, conflicts can teach you how to love, support, and encourage each other.

Learning to resolve conflicts effectively begins by recognizing the need to listen. When people have disagreements, most of them feel the need to talk. To avoid additional arguments, listen to what your spouse has to say. We all tend to assume our ideas are the best. Yet, to find a solution to a conflict, we should always consider our spouse’s perspective on the topic.

After you learn to acknowledge each other's ideas, you are ready to seek a solution to your conflict. ‘’The big word in finding a solution is ‘compromise,’” says Chapman. There is no successful marriage without the will to give up on something and find a meeting place for the sake of harmony in a marriage.

Not all conflicts can end in ‘’meeting in the middle,’’ though. Sometimes you will need to sacrifice your idea to satisfy your partner’s desires. However, if neither of the two solutions work for you at the moment, you can just ‘’agree that you disagree,’’ and try to resolve the disagreement again after some time.

Finances in a marriage

A husband and wife sometimes have very different ideas about what purchases they should make and when. Consequently, finances are frequently a source of arguments in a marriage. To save themselves a lot of useless fighting, a couple should develop a financial plan before getting married. Here are some ideas on what that plan should include:

The decision to get married may impact one’s life more deeply than any other. Yet, people continue to rush into marriage unprepared for its challenges and, therefore, often end up frustrated, miserable, and immersed in conflicts. If you want to live happily ever after with your partner, prepare for the marriage more thoroughly. The first step in the preparation process should certainly be abandoning the belief that only love is an adequate foundation of a satisfying marital relationship.

Gary Chapman is an author, radio talk show host, and a marriage counselor. He is also the senior associate pastor at Calvary Baptist Church in Winston-Salem, North Carolina. Chapman is mostly known for his bestselling ‘’The Five Love Languages’’ series, w... (Read more)