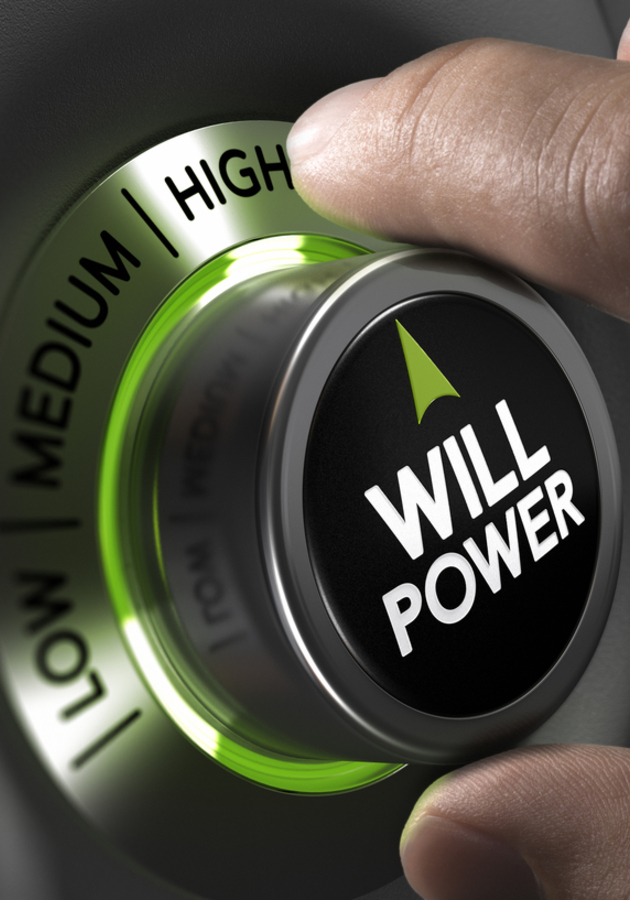 This microbook is a summary/original review based on the book: The Willpower Instinct: How Self-Control Works, Why It Matters, and What You Can Do To Get More of It

Do you find yourself constantly falling short of your goals? Or do you always promise yourself a reward once you have made even the slightest progress in keeping to your diet or working on your project? If so, you might struggle with willpower. You are not the only one, which is why Kelly McGonigal started teaching a course on willpower at Stanford University, “The Science of Willpower.” Together with her students, she developed countless methods on how to train your willpower, and how to ultimately reach your goals. So get ready to learn all about the willpower instinct!

Whenever the author mentions to someone that she teaches a course on willpower, the almost universal response is, “Oh, that’s what I need.” In fact, according to the American Psychological Association, Americans name a lack of willpower as the number one reason they struggle to meet their goals.

Even if you are good at keeping it all together, you probably find yourself exhausted a lot of the time and might even be wondering whether life has to be such a struggle. Don’t despair though, there is a way of increasing and utilizing your willpower more effectively. The problem often lies in the fact that while many people find it easy to identify what they want, they are not good at identifying why they fail.

Think about it: if all it ever took to succeed was to set clear goals, why is it that so many New Year’s resolutions are unsuccessful? In fact, those who think they have the most willpower are also the ones most likely to lose control when tempted, and even give up on their goals altogether if unsuccessful even once. As McGonigal writes, “Self-knowledge—especially of how we find ourselves in willpower trouble—is the foundation of self-control.”

So, what exactly is willpower? The example that probably comes easiest to mind is being able to withstand a temptation, like a craving for chocolate. But that is just one part of willpower, the “I won’t” power. Another part of willpower consists of sticking to a to-do-list even when you’d rather sit on the couch and watch your favorite TV show, the “I will” power. Saying “I will” and “I won’t” are the two sides of self-control, but willpower consists of a third: remembering what it is that you really want. It can be all too easy to lose your focus on your goal and give in to temptation left, right, and center, so “I want” is the third part of willpower.

How to resist a craving

Resisting a sudden temptation or craving is probably one of the hardest things to do. Maybe you know the feeling – you see a cheesecake in the bakery window, and even though you are on a diet, your whole body screams “yes!” You know you have met a true willpower challenge when you have the physical sensation of two different people battling inside of you. On some days, you manage to resist, but on others, you simply give in. Why is that?

Interestingly, resisting temptation seems to have a lot more to do with your physiology, the way your body reacts, than previously assumed. It is not just a theoretical conflict in your brain, but your body’s reaction to temptation is the reason why most of us find it so hard to resist.

So how can you activate self-control in face of this kind of threat? Turns out, the body has a reaction that signifies self-control: pause-and-plan. This is activated when your brain recognizes an internal conflict, and the self-monitoring system in the prefrontal cortex then stops your body from doing something you might regret later. Sadly though, the pause-and-plan reaction seldom happens automatically.

You can, however, train your brain to default to this reaction by doing breathing exercises. If you can manage to slow down your breathing to four-to-six breaths per minute, your brain will automatically shift to stress-control mode.

You may have noticed this before: however much you try and exert your willpower, at some point, you become too tired, and you give up. In fact, you are not alone in that. Countless studies have shown that there seems to be a limited amount of willpower to go around. For example, it has been shown that resisting sweets not only triggers a craving for chocolate, but also prompts procrastination. And concentration tasks eventually bring about worse attention as well as depleted physical strength.

These findings led psychologist Roy Baumeister to deduce that willpower is like a muscle, which gets tired over time. That means that over time, exerting self-control actually leads to losing control. There are even countless things that tap into your willpower reserve without you even noticing it, such as trying to impress a date or trying to fit into a company culture whose values you don’t share.

Realizing that willpower is a muscle can be a relief as it means that not every willpower failure is down to inadequacy. But it is also scary because surely that would mean it is impossible to ever reach your biggest goals?

Luckily, there are ways in which you can overcome willpower exhaustion and successfully train self-control. Start challenging your self-control muscle by asking yourself to control one small thing you usually would not. This could mean setting yourself deadlines for long-postponed tasks (and sticking to them!). Or you could commit to a small, consistent act of self-control, like keeping track of your spending. Even though such small willpower challenges may seem inconsequential to you, it will train your self-control muscle and help you master your large willpower challenges.

These exercises train the habit of noticing what you are about to do, and to choose the difficult option instead of the easiest.

Being good gives us permission to be bad

As we have seen, willpower is like a muscle that can be exhausted. But not every willpower failure is caused by weakness! Sometimes we make the conscious choice of giving in to temptation. This can be something as small as cheating on your New-Year’s resolutions.

Maybe you know the feeling: you have been incredibly focused on your work all morning, so you feel like you deserve an afternoon off. This type of thinking is also known as moral licensing: the afterglow of having been good blinds you to any potentially bad decisions you make afterwards. When it comes to moral decisions, people do not strive for moral perfection – they only strive to be “good enough.”

Moral licensing does not only give you a license to sin, but it also lets you off the hook when it comes to doing something good. Just to give an example, when asked to give to charity, people who can immediately recall an instance when they were generous will give 60% less money than those who cannot. When we feel virtuous, we do not question our impulses – we get tricked into acting against our own best interests.

Take Cheryl as an example. She was looking forward to her wedding in eight months and decided to lose a bit of weight before. So she started working out three days a week. But while she was at the gym, she could not help thinking about all the calories she was burning and what that would equal in food. So she would eat a little more every day after working out, until her scale actually showed a change of three pounds, in the wrong direction. You should never confuse a goal-supportive action for the goal itself. Instead of treating herself to some more food, Cheryl should have realized that in order to reach her goal, she would have to exercise more and eat healthy food.

To avoid the trap of moral licensing, you need to start separating true moral dilemmas from difficult decisions. For example, cheating on your spouse is morally flawed, cheating on your diet is not. Train yourself not to think of your willpower challenges in terms of “good” or “bad.”

The economics of instant gratification

In 2007, the Max Planck Institute in Leipzig, Germany, and Harvard University, conducted an interesting experiment: 19 chimpanzees were competing against 40 students from both universities in an experiment to delay instant gratification. Each group was offered a treat they would find hard to resist. Chimpanzees were offered grapes, while the humans had a choice of raisins, peanuts, M&M’s, Goldfish crackers, and popcorn.

First of all, each group was asked whether they would prefer two or six snacks. Obviously, the answer in both groups was six. But then, each group was given the choice of either getting two treats right away or waiting two minutes for six treats. The chimpanzees decided to wait for the larger treat 72% of the time. The humans, however, decided to wait only 19% of the time!

You might be wondering whether we completely lost our ability of self-control in the evolutionary process, given that chimpanzees seem to be so much better at it. Luckily, that’s not the case – but humans tend to go for irrational decisions rather than strategic when instant gratification is involved.

The prefrontal cortex in the brain, the area responsible for self-control, also has another function: it can rationalize bad decisions with a promise of doing better next time. This has to do with the unique human ability of thinking about the future. We can make plans for the future and foresee it to a certain extent. But it is important to remember that we cannot see the future clearly!

One reason we tend to choose instant gratification is what economists call delay discounting. The longer we have to wait for a reward, the less it is worth to us. This can even be a delay as small as two minutes. As the author writes, “Delay discounting explains not just why some college kids took two M&M’s instead of six, but why we choose immediate satisfaction at the cost of future happiness. It’s why we put off paying our taxes, choosing peace of mind today at the price of panic on April 14 or financial penalties on April 16.”

Humans can also easily be blinded by rewards: we may make rational decisions in theory, but not when the reward is right in front of us. Behavioral economists call this bounded rationality. To train your willpower in face of the threat of instant gratification, you can try to wait ten minutes before rewarding yourself. This delay makes your brain act more rational – when it compares a cookie in ten minutes versus the long-term goal of losing weight, the scales won’t be tipped in favor of the cookie anymore.

Our brains are not made to automatically resist temptation or instant gratification. To exert self-control, you need to continuously train your willpower muscle through breathing exercises, awareness, and mental tricks.

When you learn to activate your willpower instinct, you will become unstoppable in reaching your goals.

Pick your personal willpower challenge, such as to stop overspending, and test the ideas presented here against that challenge.

Kelly McGonigal is an American health psychologist and lecturer at Stanford University, where she teaches a course on willpower. She holds a BA in Psychology, a BS in Mass Com... (Read more)