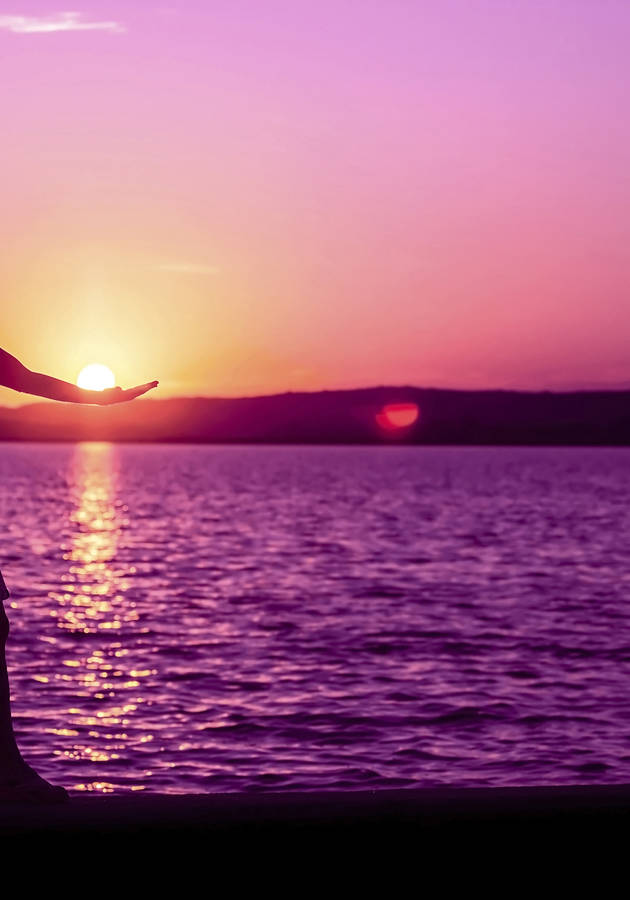 This microbook is a summary/original review based on the book: The Six Pillars of Self-Esteem: The Definitive Work on Self-Esteem by the Leading Pioneer in the Field

Canadian American psychotherapist Nathaniel Branden is often described as the “father” of the self-esteem movement that dominated the world of psychology during the last quarter of the 20th century. “The Six Pillars of Self-Esteem” is his best and most popular work. Get ready to discover why!

Self-esteem is a fundamental human need. True, not in the sense that food and water are, but certainly in the sense calcium is: while lacking it to a serious degree won't kill you, it will impair your ability to function properly for sure.

Branden defines self-esteem quite broadly as “the confidence in our ability to think and cope with the basic challenges of life” as well as the “confidence in our right to be successful and happy, the feeling of being worthy, deserving, entitled to assert our needs and wants, achieve our values, and enjoy the fruits of our efforts.” “To trust one’s mind and to know that one is worthy of happiness is the essence of self-esteem,” he writes.

In other words, as paradoxical as it may sound, self-esteem means the courage to tolerate our own happiness without self-sabotage. This tolerance is crucial in handling the challenges of life and vital for the development of a healthy psyche. The reason is almost tautological: self-esteem tends to be a generator of self-fulfilling prophecies.

In essence, if you believe that you deserve to be happy, you won’t do anything to undermine or subvert your good feelings. If, however, you feel that you are a failure, the first thing you’ll probably do is something to prove this to yourself. It’s a vicious cycle. “Self-esteem creates a set of implicit expectations about what is possible and appropriate to us,” explains Branden. “These expectations tend to generate the actions that turn them into realities. And the realities confirm and strengthen the original beliefs.”

Self-esteem, the immune system of consciousness

Branden describes self-esteem as “the immune system of consciousness,” because much like our immune system, it provides strength, resistance, and a capacity for regeneration. He writes: “Just as a healthy immune system does not guarantee that one will never become ill,  but makes one less vulnerable to disease and better equipped to overcome it, so a healthy self-esteem does not guarantee that one will never suffer anxiety or depression in the face of life’s difficulties, but makes one less susceptible and better equipped to cope, rebound, and transcend.”

“Happiness anxiety” and “success anxiety” are real and very common things among humans; unfortunately, among persons with poor self-esteem, they are ways of life. Just as a person with a weak immune system is more prone to frequent infections and has difficulty fighting them off, a person with poor self-esteem can’t rise to the challenges of life or pick themselves up after being knocked out by even a slight nuisance.

Moreover, poor self-esteem puts these individuals into an adversarial relationship to their wellbeing in such a way that they grow unable to deal even with pleasure and joy. Instead of embracing the good things in life, they think of them as burdens, fully convinced that the more of them come their way, the more suffering they’ll have to endure afterward just to balance things out. “I don’t deserve to be happy,” these people tend to feel on a subconscious level. “So, I have to make sure to pay for this smile with tears in the recent future.”

The good news is that there are ways to raise the levels of our sense of worth and, thus, turn our entire lives around. Since self-esteem is a consequence – that is, a product of internally generated practices – we cannot work on it directly, but we can build it up by improving our understanding of these practices and getting to grips with them. Branden calls the practices “the six pillars of self-esteem” and claims that any improvements in them should generate unmistakable self-esteem benefits. So, let’s examine each of them.

The first pillar: the practice of living consciously

Living consciously is living responsibly toward reality and not confusing the subjective (our feelings) with the objective (the facts). A student who feels it’s the end of the world after getting a C on their math test doesn’t live consciously: living consciously means understanding that our feelings are not an infallible guide to truth. “To live consciously means to seek to be aware of everything that bears on our actions, purposes, values, and goals – to the best of our ability, whatever that ability may be – and to behave in accordance with that which we see and know,” writes Branden.

Living consciously entails several things. Above all, it entails a mind that is active rather than passive and intelligence that takes joy in its own function. This is the most fundamental act of self-assertion – “the choice to think, to seek awareness, understanding, knowledge, clarity.” Furthermore, living consciously requires being present to the experiences of the moment. The present is all we have, and not being able to experience the happiness of now – because of what might happen tomorrow – is a sure recipe for persistent melancholy.

Living consciously also means being concerned to distinguish between facts and interpretations. You cannot change facts, but interpretations are usually incorrect and one-sided. If you see someone frowning, you may understand it as angriness toward you and this might lead to feelings of hurt. In reality, everything past the image of the person frowning is an interpretation. If you are not conscious of this, you risk treating your feelings as the voice of reality and becoming a slave to your own readings of the facts of life.

Lastly, living consciously means being receptive to new knowledge and willing to reexamine old assumptions. It’s not enough to merely be aware of the difference between facts and interpretations – you also need to be open to updating your views and beliefs. Otherwise, you are not living consciously, but on autopilot, imprisoned in an echo chamber.

The second pillar: the practice of self-acceptance

The concept has three levels of meaning. At the first, fundamental level, self-acceptance means being always on your own side – being, in other words, egoistic about your own life. This natural egoism is “the birthright of every human being,” and it is more primitive than self-esteem: it is prerational and even premoral. It entails the declaration: “I choose to value myself, to treat myself with respect, to stand up for my right to exist.”

At the second level, self-acceptance entails the refusal to regard any part of yourself as alien. It is the virtue of objectivity, your willingness to accept the full reality of your experiences. You cannot forgive yourself for an action you will not acknowledge having taken. Self-acceptance means being true to yourself even when you think, feel, or do something that doesn’t express you. It entails the declaration: “This is an expression of me, not necessarily an expression I like or admire, but an expression of me nonetheless, at least at the time it occurred.”

At the final, third level, self-acceptance means being a friend to yourself. It entails the idea of compassion and can be best summed up in the following declaration: “I was wrong and I regret my actions, but I understand their nature and have a considerate interest in the motives that prompted them.” Self-acceptance at the third level is not about avoiding responsibility – it’s about comforting yourself after accepting it.

The third pillar: the practice of self-responsibility

To feel worthy of happiness, you need to experience a sense of control over your own existence. This means that you need to be willing to take responsibility for your actions and your well-being. Taking responsibility for your own life is beneficial to your self-esteem because it is empowering – nothing feels as rousing as the knowledge that you are finally the master of your own fate.

The practice of self-responsibility entails taking responsibility for your choices, your actions, and the achievement of your desires. Nobody owes you the fulfillment of your wishes: if you have them, it’s up to you to find how to satisfy them.

It’s also up to you to bring high levels of consciousness to your work and your relationships. Are you fully present in your encounters with others? Do you give your work the best you have to give? If not, it can only be your fault!

Finally, self-responsibility means being responsible for how you prioritize your time. You cannot say that your family is the most important part of your life if you spend only a few hours a week with them. You are either lying to yourself or in need of reexamining your life immediately.

The fourth pillar: the practice of self-assertiveness

In Branden’s words, “self-assertiveness means honoring [your] wants, needs, and values and seeking appropriate forms of their expression in reality.”

The first and basic act of self-assertion is the assertion of consciousness. It entails asking questions and challenging other people’s views without being mindlessly rebellious, and, by definition, it means being convinced in the value of your ideas and beliefs and being willing to leap into the arena of life instead of remaining a spectator.

“To dream one’s life away is not self-assertion,” writes Branden. “To be able to say, at the end, ‘While my life was happening, I was there, I lived it,’ is.”

The fifth pillar: the practice of living purposefully

The sixth pillar: the practice of personal integrity

If living purposefully involves finding a match between your actions and your goals, the practice of personal integrity requires the congruence between your words and your behavior.

It’s the easiest pillar to grasp, but the hardest to lean upon – especially nowadays, in societies that promote hypocrisy and dishonesty.

“The challenge for people today is to maintain high personal standards while feeling that one is living in a moral sewer” – concludes Branden. This is not an easy challenge.

The idea that all psychological problems can be traced back to the problem of low self-esteem is not accepted today as it was a few decades ago. Regardless, Branden is still considered a major psychologist and “The Six Pillars of Self-Esteem” – an important book.

If you’ve ever been interested in the subjects of self-worth and insecurity, this is definitely the book for you.

Accept yourself the way you are. If you don’t – nobody will.

Nathaniel Branden was a Canadian American psychotherapist, commonly regarded as the father of the self-esteem movement. He was also one of the leading figures in the Objectivist movement and the foremost proponent of Ayn Rand’s philosophy un... (Read more)