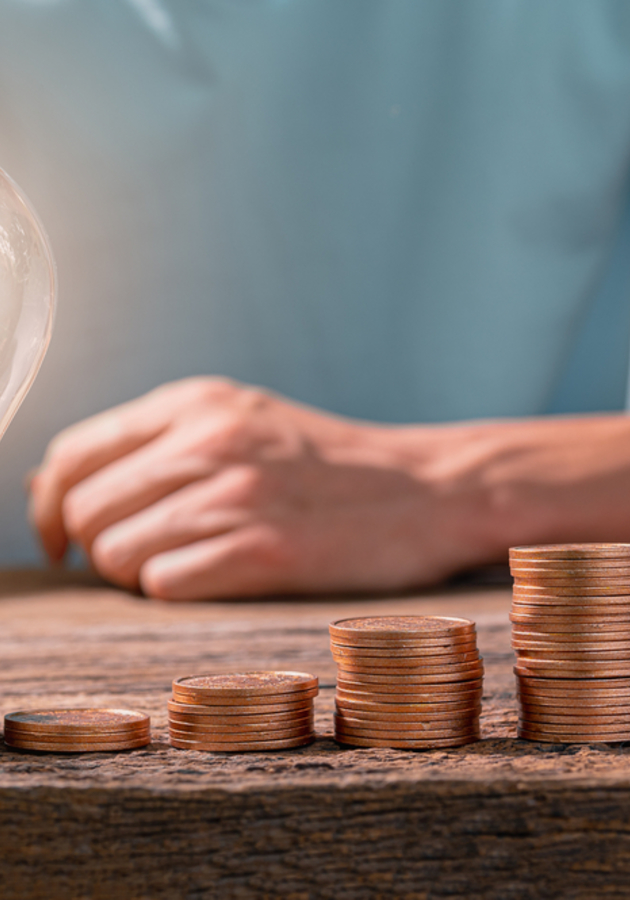 This microbook is a summary/original review based on the book: The Simple Path to Wealth: Your Road Map to Financial Independence and a Rich, Free Life

Investing money in the stock market can be the ideal way of quickly making a fortune. But it is a risky business. So how do you go about investing your money soundly? J.L. Collins believes he has found the solution. He wrote “The Simple Path to Wealth” for his daughter, so she would never have to worry about money. She is not interested in spending a lot of time on investment strategies, which is why J.L. Collins explains the simplest way of amassing a fortune. Get ready to learn how to get rich by investing money!

How to become financially independent

One important feature of reaching financial independence is to learn to live on less. The author believes that financial independence does not only mean not having to worry about money. He believes it is about having options. One of his favorite expressions is “having F-You Money” because it means he can do whatever he wants: travel or stay at home, work, or retire.

Sounds great, right? But how do you manage to accumulate enough wealth to be financially secure and independent? The author believes there is a simple formula that guarantees you a path to wealth: avoid debt, invest your money, and live on less. The author writes, “If you choose to master it, money becomes a wonderful servant. If you don’t, it will surely master you.”

Investing money seems like a daunting prospect, but Collins believes that it is not as complex as you might think. He is convinced that investment is portrayed to be so complex in order for the big companies to profit, since they employ hedge fund managers. Truth be told though, there is no need for you to invest in managed stocks. You can simply invest in index funds, as these will give you the benefits of the entire stock market.

Can you retire a millionaire?

This includes all the financial turmoil of those 40 years, including financial crashes. So why doesn’t everyone retire a millionaire? Very few people actually think about financial matters, and equally few manage to live within their means. The author’s mantra is: “Spend less than you earn - invest the surplus - avoid debt”

For example, let’s say you are making $25,000 every year. If you can manage to live on $12,500 a year, you can then invest the other half of your money. Ideally, you would put this money in VTSAX (Vanguard’s Total Stock Market Index Fund). The author defines being financially independent as being able to live on 4% of your net worth every year. That means, you would need to accumulate $312,500. Assuming an 11.9% annual return on the market, you would reach your goal in just 11.5 years!

How to think about money

You should adopt the following mindset to solve your financial worries: “I’ll invest this money and I’ll reinvest what it earns and then re-invest what that earns, and years from now, after the power of compounding has worked its magic, I’ll think about spending it.” Take Mike Tyson as an example for what you should not do: at one point, he earned $300 million but he eventually wound up bankrupt!

Similarly, never accumulate debt. Take buying a car as an example. Maybe this car costs $20,000, which is a lot of money. You should still try and pay for it with your own money, because if you take out a loan to pay off your car, you are essentially saying that you are not willing to pay $20,000, but that you want to pay much more.

But even if you buy the car with your own money, you are still losing more than $20,000. How? Because with the money tied up in your car, you are also losing your opportunity costs - the amount of money you could have made by investing the $20,000. If you invested this money into VTSAX instead - which represents the average annual return of 8% to 12% in the stock market - you could have made $1,600 in the first year. And that is not even considering how much you could have made additionally by reinvesting.

The author believes that “the market is the most powerful wealth-building tool of all time.” When you start your investment journey, you need to be aware that the stock market will inevitably experience its up and downs, and even financial crashes. You need to toughen up and ride these fluctuations out, since even Warren Buffet cannot predict accurately how the market will develop.

Investing in single companies means having to predict the market, and this is incredibly difficult, if not impossible, since, as Collins says, “The point is that to play this market timing game well even once, you need to be right twice: First you need to call the high. Then you need to call the low.” So it is much safer and easier to invest in an index fund rather than trying to go in and out of the market.

Collins learned this the hard way: During the financial crash of 1987, he first tried to hold out and kept his shares. Eventually, he buckled and sold his shares when the market had almost reached rock bottom. And then the market climbed again. Collins eventually bought back into the market when it had already passed its pre-crash high and therefore lost a lot of money. So remember, the market always goes up! Don’t ever let fear or greed drive your investment decisions.

The author also believes it is simple to make a sound investment. According to him, “The more complex an investment is, the less likely it is to be profitable.” Index funds actually outperform managed funds, but the latter are more heavily promoted because they generate money for the companies behind them.

To successfully invest, you will first of all need to adopt three considerations:

Remember, once you have accumulated some money, risk is always a factor. Even if you do not invest, inflation can hurt the value of your money. On the other hand, if you choose to invest instead, you have a likely chance of outpacing inflation and increasing your wealth.

You will also need three tools for successful investing: stocks, bonds, and cash. Your stocks are your core wealth building tool, and they serve as an inflation hedge. Ideally, you should invest in VTSAX. Your bonds can serve as a deflation hedge, and you should get these from VBTLX (Vanguard Total Bond Market Index). Finally, cash is for your daily needs and for emergencies.

So what exactly are bonds and stocks? When you buy stocks, you buy a share of a company. When you buy bonds, you are essentially lending money to the company. That is why bonds can protect you from inflation. When the price of something deflates, and the stocks fall, you can buy more with the money that you hold in bonds.

According to the author, “Index investing is for people who want the best possible results.” And he believes that holding bonds with VBTLX reduces the default interest rate and inflation risk: that is because VBTLX only holds bonds at investment grade, of widely differing maturity rates and across a broad range of terms.

Collins recommends the Wealth Accumulation Portfolio to his young daughter, as she is not really interested in investment at all. He says that this portfolio means putting all your eggs in one basket and forgetting about them. You simply invest some money continuously into the VTSAX and one day, you’ll likely wake up rich.

It really is that easy. Take the author as an example. He started investing in 1975, and continuously invested $200 a month. Had he not sold out in 1987, he would have accumulated $1,515,542 by 2015. This portfolio works best for long-term investors who can stomach the risk.

The second portfolio you can build is the Wealth Preservation Portfolio. This is useful when you have already accumulated wealth, and you want to keep it. This means adding bonds to your stocks, and rebalancing both investments once a year. The author, for example, now holds 75% in stocks with VTSAX, 20% in bonds with VBTLX and 5% in cash in his local bank.

Investment does not have to be complex. All you need to master is understanding the difference between bonds, shares, and cash. You also need to adopt a stolidity in face of stock market crashes. As long as you invest in an index fund and keep on course, you will be able to create millions in the long-term with only a little initial money invested. To reach financial independence, achieve a stage where you can live within 4% of your net worth.

“The Simple Path to Wealth” has convinced people all over the world. Matt Becker, founder of “Mom and Dad Money,” says, “If you’re looking for a way to use your money purposefully and intelligently to create a life you enjoy, this is it.”

Think about which investment stage you are at before making a decision on which portfolio to use.

J.L. Collins is an American author and financial blogger. In the past, he also worked as an investment officer and consultant. He holds a degree in... (Read more)