The Seat of the Soul - critical summary review 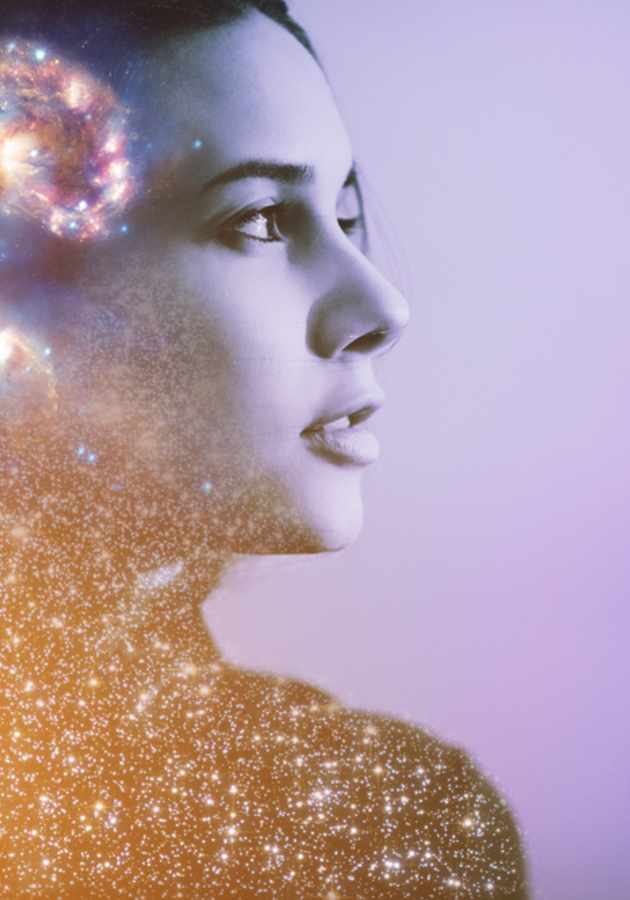 This microbook is a summary/original review based on the book: The Seat of the Soul

In 1975, 26-year-old American theoretical physicist Jack Sarfatti took his roommate Gary Zukav to the Lawrence Berkeley Laboratory and introduced him to the wonders of quantum physics. The event had a profound effect on the 23-year-old Zukav, a Harvard student and Green Beret officer with Vietnam service, who had spent the previous few years biking around Europe and abusing drugs. Four years later, with Sarfatti’s help, Zukav wrote “The Dancing Wu Li Masters,” a popular exploration of quantum phenomena in the vein of Fritjof Capra’s “The Tao of Physics.” An easy-to-grasp reconciliation of theoretical physics and Eastern mysticism, the book was almost as well received by the public as it was by the scientific community, and inspired Zukav to further probe the realm where science becomes mysticism and mysticism becomes science.

His explorations culminated in 1989, when he published the perennial bestseller “The Seat of the Soul,” a work once described by Oprah Winfrey as her second favorite book of all time after the Bible. In the words of Zukav, whereas “The Dancing Wu Li Masters” was designed to open the mind, “The Seat of the Soul” was written with the intention of opening the heart. So, get ready to experience just that.

The invisible evolution of everything

Evolution, as defined by most dictionaries and encyclopedias, is the way living things change over time. Millions of years ago, single-celled creatures came together to form multicellular ones and then simple multicellular organisms evolved to become complex living beings. Even though specimens remain from many of these creatures to this day, not every organism is as evolved as the next. A horse, for example, is more complex than a snake, but less complex than a monkey, which in turn, is not nearly as complex as a human being, the most evolved of all species. All in all, as taught in schools, evolution is “the progressive development of organizational complexity.”

In the opinion of Zukav, this definition is not only inadequate, but also wrong – and for two very important reasons. First of all, it is solely concerned with the physical adaptations of organisms to their immediate surroundings and their “ever-increasing ability to dominate the environment and each other.” Secondly and perhaps even more importantly, it limits the participation of organisms in the process of evolution to the duration of a single lifetime. In actual fact, claims Zukav, it is not only our bodies that evolve over time, but also our souls. And unlike our bodies, our souls are immortal. The problem is that our five senses aren’t designed to comprehend the evolution of the soul and cannot recognize its endless journey through time and space. Only when we open ourselves to other senses, we will be able to understand how we evolve and who we actually are. In the meantime, the commonly accepted definition of evolution “reflects the limitations of perceiving the physical world with only five senses.”

The immortal soul and authentic empowerment

As described by Darwin, evolution is pretty brutal and comes down to what Herbert Spencer once described as “the survival of the fittest.” When we limit the participation of an organism in the evolutionary processes to a single lifetime, this description makes a lot of sense. After all, if a lion is not ruthless enough to become the alpha male in his herd and thereby earn the respect of at least one lioness, then he might not achieve reproductive success before dying and will have his genome scratched away from the eternal genetic lottery forevermore. In view of that, it doesn’t pay to be good to others, does it? Nice guys, as they say, often finish last.

Well, from the point of view of a multisensory personality, this idea reflects a superficial and even harmful understanding of what is really happening around us. A multisensory human, claims Zukav, intuits the immortality of the soul and understands that the most important evolutionary processes occur outside of time. Bodies die and decay, but souls are reborn and revisit the Earth in other shapes and forms, often existing simultaneously in different times and different places. Unfortunately, our five senses are not fine-tuned to comprehend this everlasting cycle of reincarnation and consider it “illogical” and “nonsensical.” Multisensory humans, on the other hand, know that “it is in this invisible realm that the origins of our deepest values are found,” and fully understand that evolution is neither haphazard nor pointless, but predesigned to lead every existing being toward something Zukav calls “authentic empowerment.”

“When the energy of the soul is recognized, acknowledged, and valued,” Zukav explains, “it begins to infuse the life of the personality. When the personality comes fully to serve the energy of its soul, that is authentic empowerment. This is the goal of the evolutionary process in which we are involved and the reason for our being. Every experience that you have and will have upon the Earth encourages the alignment of your personality with your soul.”

The laws of karma and cause and effect

At present, “we are evolving from a species that pursues external power into a species that pursues authentic power.” This pursuit starts with the realization that, in view of the immortal soul and the endless cycle of existence, our evolution isn’t limited to our lifetime and to ourselves. On the contrary, we are responsible for everything that we do and create. “For every action there is an equal and opposite reaction,” writes Zukav. “You receive from the world what you give to the world.” This is, of course, the age-old law of karma. In the West we know it as the golden rule. Either way, the essence remains the same: no action remains without consequence. Because though the body may forget, the soul remembers forever.

Whereas as the physical law of cause and effect governs physical causes and physical effects, the Universal Law of Cause and Effect governs “the creation of physical and nonphysical effects by nonphysical causes.” Five-sensory humans can only detect physical entities and events, that is to say, causes and effects that can be seen, heard, touched, tasted or smelled. Nothing less, nothing more. You flip the light switch on and the light comes on; the former is a cause, the latter an effect. You touch the light switch with your fingers, hear the “click” sound with your ears and see the difference between light and dark with your eyes. Multisensory humans have one additional sense beyond the physical sense: intuition.

“Intuition,” writes Zukav, is “what makes multisensory perception multisensory. Multisensory humans are in conscious communication with advanced intelligences. They have access to compassionate and impersonal help. Multisensory humans see insights, intuitions, hunches, and inspirations as promptings from, and links to, a perspective of greater comprehension and compassion than their own. They use this guidance to help them create authentic power.” Our five sense, in other words, help us experience the physical realm of existence. Intuition helps multisensory humans experience the realm of the immortal soul. In it, physical laws are augmented and enhanced, and what we ordinarily perceive as mystical becomes a fundamental law of nature and reality.

Beings of light and intentions

Whether an event or an entity, whatever begins to exist in time has a cause that precedes it. Before cavities there is candy, before cancer there are cigarettes. Just as well, before actions, there are intentions, and before intentions there is that intangible thing we refer to interchangeably as “personality” or “character.” Your personality has only a marginal connection to your five senses and your physical being, but has a deep, profound connection with your soul, the be-all and end-all of everything.

Now, since the soul is where your character resides and your character is where your intentions are born, your actions actually begin in the nonphysical world. That is why we say that the Universal Law of Cause and Effect governs the creation of physical and nonphysical effects by nonphysical causes. In simpler terms, this means that it isn’t only your actions that have an effect on the world, but your thoughts and intentions as well. It also means that the latter are far more important and consequential. Put simply, whether directly or implicitly, all of your physically tangible experiences begin in nonphysical causes – your thoughts and intentions.

How can that be, you wonder? How can my thoughts and intentions have an effect on reality, let alone shape it? The answer is rather simple: because they are built of the same stuff everything else is built of. No, Zukav is not talking about atoms, but about something far less intangible: Light. “As we become multisensory,” he explains, “we are discovering that we and everything else are made of Light. Light, Consciousness, Love, Life, and Divine Intelligence are all words for the same thing, and we are that – a system of Light.”

The frequency of our Light depends upon our consciousness: shifting the latter results in a shift of the former. Negative thoughts and feelings emit low-frequency Light which, in turn, causes pain and suffering. Caring thoughts, on the other hand, invoke “high-frequency emotions, such as appreciation, forgiveness, and joy, and raise the Light frequency of your system.” By aligning your personality with your soul, you are in fact opening yourself up for unconditional Love. And unconditional Love is all that matters. Both metaphorically and literally, it is what changes frequencies, people – and the world entire.

Zukav’s debut, “The Dancing Wu Li Masters,” was lauded by scientists and respectable publications such as The New York Times as “a most exciting intellectual adventure.” Although “The Seat of the Soul” received comparable praises, it received them from very different sources. To name just a few, Maya Angelou, Paolo Coelho, and Oprah Winfrey.

With the benefit of hindsight, one must say “expectedly”: unlike “The Dancing Wu Li Masters,” “The Seat of the Soul” is anything but a scientific work. Highly speculative, it is built around the premise that the “soul” is a scientifically legitimate concept that doesn’t need further validation and can be axiomatically acknowledged.

If you share the same feeling, then this is a great book to start your spiritual awakening. If not, then look elsewhere.

Try to align your personality with your soul. That is the essence of authentic empowerment. It is also the real objective of evolution.

Gary Zukav is an American spiritual teacher and bestselling author. His books, many of which are still in print, have sold more than six million copies. He has written more than a doz... (Read more)