The Right Side of History - critical summary review 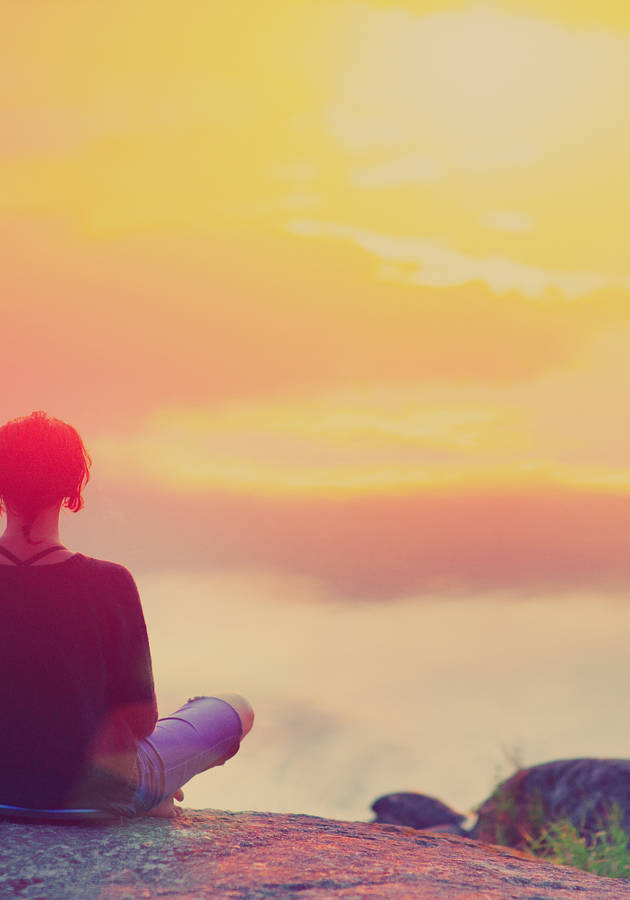 This microbook is a summary/original review based on the book: The Right Side of History: How Reason and Moral Purpose Made the West Great

Before we get into history, let’s see who Ben Shapiro is and what made him a respectable political commentator, mostly among conservative audiences. Editor-in-chief for The Daily News and editor-at-large of Breitbart News (2012-2016), Shapiro is also known as the host of “The Ben Shapiro Show.”

In “The Right Side of History,” he makes a case about how western values and ideas spearheaded the real war on poverty, didn’t actually stifle progress, and brought prosperity wherever implemented. He goes on to say that the main reason for writing this book can be summed up in two questions, or how he put it - mysteries.

So, get ready to dig a little deeper into the western values, to understand why sometimes we, as a society, take things for granted and refuse to accept responsibility for our actions.

The truth about the west

Regarding the first mystery, or “why are things so good,” you already know the main numbers: fewer babies are dying at birth, as most of them survive and live up to 80. Only further complemented by the fact that fewer people than ever are hungry and uneducated.

The other part - the more political one, perhaps - is concerned with the question: “why are we throwing it away?” There have never been more depressed people in history, we are killing ourselves at the highest rates ever, facts have made way for feelings, everybody is lonely, nobody trusts anybody, and democracy has become unfashionable.

What in the world happened? There are four main theories: heightened economic divides, reopening of racial wounds, technologically created filter bubbles and tunnel visions. Shapiro believes that none of these theories explains away enough because all of them are offered independently of the first question: how did our world come to be.

The right to happiness and the main tenets of Judeo-Christianity

Whatever your backstory is about wanting something, whether that be honor, money, health, friendship, or romantic love - every desire emerges from a sacred place - one’s right to happiness.

By knowing history, and where it all started, this human pursuit of happiness will start to make more sense, as you’ll understand how the ancient Biblical teachings helped shape today’s western civilization. “The revelation at Sinai, in approximately 1313 B.C. according to traditional Biblical belief, changed the world by infusing it with meaning for those who knew the story,” writes Shapiro.

In other words, before Moses discovered God, humans were a plaything of the gods and nature; afterward, suddenly, humans were granted both individual and communal purpose. Judaism did this through four faith-based claims that Shapiro says were “utterly different from the pagan religions before”:

Christianity took the messages of Judaism and broadened these four tenets. However, even though it focused more heavily on grace, it successfully spread these four fundamental principles of Judaism to billions of human beings across the planet.

The birth of western values

And it’s easy to see why: the Greeks were the first to truly understand the capacity of our brains and the fact that our brains are really what sets us apart from the animals. Consequently, they were the first to attempt to formulate the laws of the universe, believing all-knowing gods created it. In a way, the Greeks didn’t believe - like the Hebrews - that God is imperceptible; on the contrary, they attempted to understand how the divine mind worked when creating the universe.

This thinking gave as many benefits: geography, history, mathematics, and, perhaps, most important of all, democracy. In Athens, for the first time in history, people started thinking of political systems that would allow everybody a vote.

“Where Judaism posited an active God in the universe,” writes Shapiro, “Greek thought posited an unmoved Mover largely unconcerned with human affairs.” God stood behind the creation in both cases, but unlike Greek reason, Judaism also saw God’s presence in human events, not merely nature. For Judaists, God was intimately involved with man’s action; for the Greeks, fate explained much more than “divine presence with a moral sense.”

No. 2. The nature of the universal truth

As we said above, the Greeks sought universality in all things – and they firmly believed that they were capable of finding it. Judaism, on the other hand, set a limit on human capacity: it believed that there are some truths known only to God, and only through revelations these could be communicated to humans.

No. 3. The nature of commitment

Finally, the Greeks were committed to the polis, the Jewish to the divine. In other words, the Greeks wanted to shape individuals to best serve society as citizens; Judaism wanted to commit them, both individually and collectively, to the divine law. Apparently irreconcilable, Judaism and Greek thought were brought together, and found some consonance in Christianity, which provided the next layer of foundational ideas in the building of modernity.

Endowed by the creator

Now, contrary to what you believe - and what the four riders of the modern atheistic movement would have you believe - Christianity and science worked pretty well together for long stretches of time. To mention just a few examples:

The problem arose because of Martin Luther and John Calvin, after which the Church became suspicious of where the inclusion of secular knowledge would lead to. That’s why it persecuted Galileo, who, despite this, didn’t lose his faith; on the contrary, he believed that it was his religious duty to find God through science.

As you probably know, John Locke is one of the heroes of the Enlightenment, a period of history that modern proponents of progress regard as the pinnacle of civilization and western values. This was the period when humanity finally got rid of the Baconian idols of the cave and started seeing the world as it is. Locke, Spinoza, Hume, Voltaire, Kant – they all believed that everything was done via humankind’s very own mental capacities and abilities.

Furthermore, these advocates of Enlightenment values argue, religion is what prevents us from taking another step forward. People like Machiavelli, Hobbes, and Spinoza started questioning the Judeo-Christian narrative, and this gave birth to moral relativism, culminating in David Hume’s philosophy. But the very fact that their moralities did not coincide should be evidence in favor of the opposite. Shapiro goes even further: “practically speaking, their morality lifted elements, even if unconsciously, from the Judeo-Christian tradition and Greek telos they suggested they had exploded.”

Of course, Dostoyevsky was warning  that in a world without God, everything is allowed - but nobody listened. And then this happened.

The ultimate remake of the world

The idea that we can all be reasonable and supplant traditional Judeo-Christian ideas with things like tolerance and compassion is a vestige of the Enlightenment mentality. Unfortunately, this idea ignores the dark side of the Enlightenment hope best understood through the French and the communist revolutions. The Enlightenment, in Shapiro’s assessment, had two strains: one based on Athens and Jerusalem, the other bereft of them.

The first one is the American Enlightenment, “based on the consummation of a long history of thought stretching back to Athens and Jerusalem, down through Great Britain and the Glorious Revolution, and to the New World.” The second one was the European Enlightenment, “which rejected Athens and Jerusalem in order to build new worlds beyond discoverable purpose and divine revelation.”

In the Declaration of Independence, the rights of people are given to them by God. The French Declaration of the Rights of the Man and of the Citizen, on the other hand, made no mention of a transcendental presence: “The principle of all sovereignty resides essentially in the nation. No body nor individual may exercise any authority which does not proceed directly from the nation.” The utopia promised by the communist revolutionaries, also didn’t live up to the hype.

After more than 100 years since the start of the communist revolution and millions of corpses in its aftermath, it’s safe to assume that people are not quite good at guiding themselves without a higher moral compass. It all started with Karl Marx embracing the values of the French Revolution: “The gigantic broom of the French Revolution… swept away all these relics…  thus, clearly simultaneously the social soil of its last hindrances to the superstructure of the modern state edifice.”

According to Marx, even though the French Revolution didn’t end in a communist utopia, it was the first step toward the gradual evolution of markets toward communism. One of the obstacles toward the realization of this evolution was religion.

In the eyes of Shapiro, there’s basically no difference between what happened in Germany (romantic nationalism), the Soviet Union (collective redistributionism), and Revolutionary France (scientific progressivism). Their philosophies all made the same mistake: they put the collective before the individual.

In a nutshell, we define ourselves through our actions. Of course, without a guidepost and communal responsibility, this didn’t work either. And soon, the Neo-Enlightenment was born, which, once again, reverted to the European Enlightenment’s views. “We’ve tried scientific progressivism,” says Shapiro; it didn’t work.

“When I look at my 4-year-old daughter and 2-year-old son,” Shapiro asks, “what do I want them to know - what must they know to become defenders of the only civilization worth fighting for?” No more than four simple lessons:

“You were given the ability to choose your path in life – and you were born into the freest civilization in the history of mankind. Make the most of it. You are not a victim. In a free society, you are responsible for your actions.”

No .3. Your civilization is unique.

No. 4. We are all brothers and sisters

We’ll use Jordan Peterson’s endorsement to guide the future readers of “The Right Side of History.” He says: “This is a book for people dying to grow up, a book for a culture that risks devouring itself if the people who comprise it refuse to grow up. It’s a book most suitable for our immature, confused, complex, but exceptionally promising time.”

Embracing perspectives different from your own, and defending people’s right to express them, is the embodiment of freedom. Don’t fall victim to group identity games, and preserve your individuality.

Ben Shapiro is an American lawyer, author, and conservative political commentator. He became a nationally syndicated columnist as a teenager – the youngest in the history of the United States. Editor-in-ch... (Read more)