The Ride of a Lifetime - critical summary review 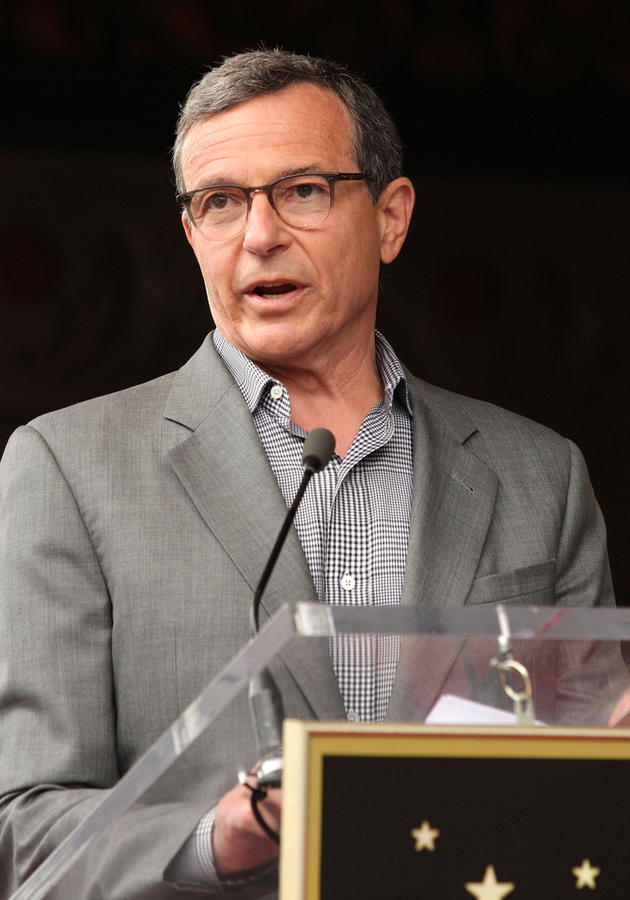 This microbook is a summary/original review based on the book: The Ride of a Lifetime: Lessons Learned from 15 Years as CEO of the Walt Disney Company

‘’The Ride of a Lifetime’’ is a memoir about the professional journey of Robert Iger, the former CEO of the Walt Disney Company. Using significant episodes from his career, Iger shows what traits any successful leader must have. The lessons he gives are useful for aspiring CEOs and anyone who wants to be ‘’less fearful and more confident as they navigate their personal and professional life.’’ So, get ready to learn about the principles necessary for true leadership and what it is like to lead one of the greatest entertainment companies in the world!

Iger says it is impossible to talk about the traits that served him well throughout his career without looking back at his childhood. ‘’There are certain ways I’ve always been, things I’ve always done, that are the result of some inscrutable mix of nature and nurture,’’ writes Iger. For example, he has always woken up early, around 4 a.m., to cherish the time alone before the rest of the world wakes up. As the early morning hours allow him to relax and think about his job responsibilities with less pressure, he believes this habit contributed to his success later in life.

The path to successful leadership begins with curiosity to explore the unknown. Iger says it was his father who made him curious about the world. He taught his son about the importance of ‘’spending time productively,’’ which meant reading books, doing homework, or being ‘’engaged in something that would ‘better’ me in some way,’’ says Iger. His father did not have a successful career and was therefore disappointed in himself. ‘’He’d led a life that was unsatisfying to him and was a failure in his own eyes,’’ Iger recalls. This was partly the reason why Iger decided he would work hard and learn as much as he could throughout life - he was determined not to experience the same sense of failure that his father felt about himself. ‘’Whatever shape my life took, I told myself, there wasn’t a chance in the world that I was going to toil in frustration and lack fulfillment,’’ Iger says.

Iger defines his parents as ‘’worriers,’’ which means they were usually anxious and pessimistic about the future. As a reaction to their anxiety, Iger learned not to worry too much about trying something and failing. According to him, optimism about the future is one of the most important qualities a good leader should have.

All in all, Iger says he does not carry much pain from his childhood years. The crucial thing parents should give to their children is love, and he says he never lacked any.

How Iger came to Disney

After spending a year as a weatherman and feature news reporter at a small cable TV station in Ithaca, New York, Iger started working as a studio supervisor for ABC Television. He got the job thanks to his uncle Bob who met a lower-level ABC executive in a hospital where he was recovering after eye surgery. Bob told him his nephew was interested in finding a job in television production. The guy got him an interview in the Department of Production Services, and Iger started working as a studio supervisor shortly after. His duties on a job were simple - to show up whenever producers needed him, and get them whatever they asked for. As Iger recalls, ‘’It was the opposite of glamorous, but I learned the ins and outs of all of those shows.’’ More importantly, he got to know all the people involved in the production of TV shows and got used to demanding working hours and the extreme workload of television production.

In 1995, 20 years after Iger started working for ABC, the Walt Disney Company acquired CapCities/ABC. Iger was the chief operating officer at Cap Cities/ABC at the time. After the acquisition, Iger also became in charge of the media division of Disney. ‘’It was a lot for me to absorb. One day I was in line to become the next CEO of Cap Cities/ABC; the next I was being asked to run the media division of Disney for at least five years,’’ he writes.

Iger climbed the corporate ladder in Disney rather quickly. In 1999, as one of the few executives with international experience gained while working for ABC Sports and Wide World Sports, Iger became the president of Walt Disney International, with a duty to oversee Disney's international operations. His first task was to find a place to build a theme park in China. Only a year after this promotion, Michael Eisner, Disney CEO at the time, named Iger the president and chief operating officer and a member of the Disney board.

Difficult times at Disney during the 2000s

The beginning of the 21st century was not easy for the Walt Disney Company. First, the television and movie industry were changing at a blinding speed. For example, piracy was on the rise, threatening to endanger the copyright law. Second, there were growing tensions between Eisner and the CEO of Pixar, Steve Jobs. In the mid-90s, when Pixar was still a start-up, Disney made a deal to co-produce, market, and distribute five of Pixar's films. In the meantime, with the release of “Toy Story,” “A Bug’s Life,” and “Monsters, Inc.,” Pixar gained worldwide success, and its reputation and influence began to grow - along with the tension with Disney. Jobs thought Pixar deserved more respect from Disney. On the flip side, Eisner also felt disrespected. He believed Disney was not participating enough in the creation of Pixar’s films, and that Jobs never gave them credit for their success.

The third problem was an array of box office failures such as “The Hunchback of Notre Dame,” “Hercules,” “Mulan,” “Tarzan,” “Lilo and Stitch,” “Treasure Planet,” “Brother Bear,” and “Home on the Range.” Next, as Fox started to grow, ABC stopped being the most-watched network on television - its ratings were falling drastically. On top of everything, after September 11, DisneyWorld in Orlando was closed, and Disney lost nearly a quarter of its value in stocks within days after the attack.

Eisner had valid reasons to be pessimistic during those times. However, Iger says he should not have spread his pessimism to the people around him but rather assured them things would eventually turn out well. ‘’No one wants to follow a pessimist,’’ he adds. In the years after September 11, several board members started expressing concerns about Eisner’s ability to run the company. Furthermore, 43% of Disney shareholders withheld their support of him. In 2004, due to all the pressure, Eisner announced he would step down as CEO once his contract expired in 2006.

How Iger became the CEO of Disney

Two weeks after Eisner announced he would step down, board member George Mitchell told Iger they had the intention to find Eisner’s successor by June 2005. Mitchell also told him the board had two possible candidates in mind and that Iger was one of them. ‘’I don’t think anyone on the board, maybe not even George, thought I would get the job, and many of them thought I shouldn’t,’’ Iger adds.

In the following months, Iger was developing his strategy for persuading board members he was the right one for the role. He decided he should not look back on the past and criticize or defend Eisner's decisions, but focus on the company's future. To avoid wasting time, energy, and capital, Iger says leaders need to articulate their priorities clearly. For this reason, he defined three clear strategic priorities Disney would focus on if he became its leader:

By the time the new CEO was announced, the board had interviewed Iger 15 times. ‘’By then,’’ Iger recalls, ‘’I had had it with the whole process. I couldn’t believe there was anything left that they didn’t know, any question that hadn’t already been answered thoroughly several times over. I wanted it to come to an end.’’ He says he had never been more challenged intellectually and done more intensive thinking about the company’s future during the whole selection process. Finally, in March of 2005, the board decided to give him the job.

The opening of Disneyland in Shanghai

In June 2016, Disney opened its park in Shanghai. It was one of the biggest investments in the company's history - the park cost about $6 billion to build, and it took 18 years to complete it. Around 14,000 workers lived on its property at various stages of its construction. Until its completion, Iger met with three presidents of China, five mayors of Shanghai, and numerous party secretaries. Being the only person involved in the project from its beginnings, Iger could not wait to show it to the world. ‘’This was the most momentous thing the company had embarked on since Disney World opened in 1971,’’ writes Iger.

Unfortunately, a few days before the Disneyland in Shanghai opened, Iger found out there had been an accident at DisneyWorld in Orlando. An alligator had attacked a 2-year-old boy, grabbed him, and took him under the water. After issuing a public statement about this tragic event, Iger felt he needed to talk with the missing boy’s family. He called and told the boy’s father he would do anything he could to help them deal with the loss. He even gave them his direct number and told them to call it if they needed anything. Even though every leader learns to give formal and corporate responses, Iger felt that strong leadership also means fair and decent treatment of people, as well as empathy and accessibility. That is why he was honest with the father, promising he would do anything to prevent this from happening to another child. And, within 24 hours from the time Iger spoke with the family, the team in Orlando had put ropes and fences around the hundreds of lagoons and canals on the property, securing visitors from thousands of alligators.

On opening day in Shanghai, Iger delivered a speech, trying not to think about the tragedy for a while. He tried to embrace the moment, which meant a lot for everyone who worked hard on the project and the Chinese children who dreamt about visiting Disneyland for a long time. He says it was a happy day for him, but also the saddest one in his career.

To navigate your professional and personal life more confidently, be positive, honest, empathetic, define your priorities clearly, and always seek new challenges. These traits helped Iger revitalize one of the most iconic American companies. As the author of ‘’The Culture Code,’’ Daniel Coyle said: “People have been waiting years for Bob Iger to share his leadership secrets. Now he has, and they are utterly brilliant.’’

Why don’t you remind yourself of the most magical period in your life by watching your favorite Disney movie?

Robert Iger is an executive chairman and chairman of the board at The Walt Disney Company. He started his career in ABC television and served as its president from 1994-1995. A few years after Disney acquired Capital Cities/ABC in 1996, Iger became the president and chie... (Read more)