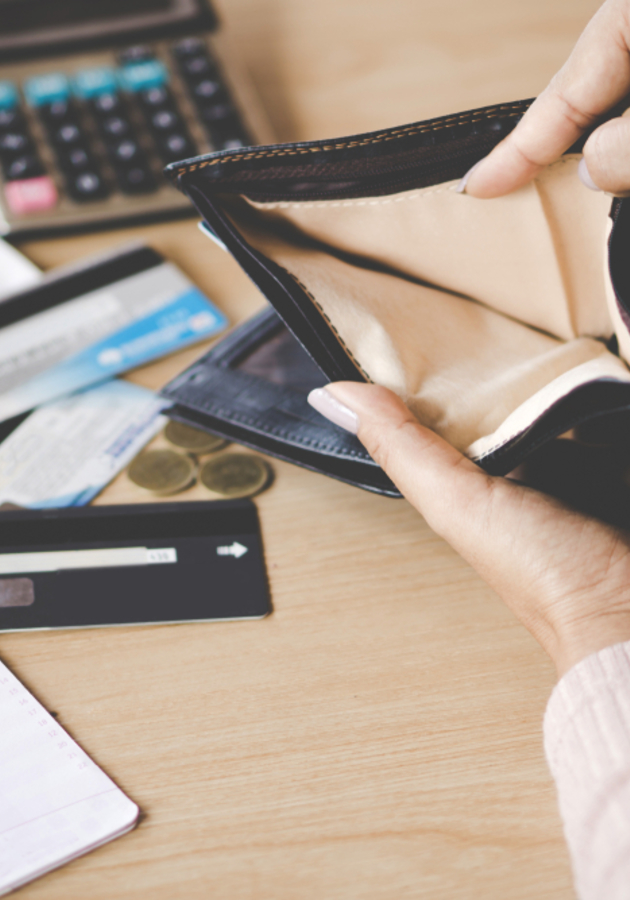 This microbook is a summary/original review based on the book: The Power of Broke: How Empty Pockets, a Tight Budget, and a Hunger for Success Can Become Your Greatest Competitive Advantage

In ‘’The Power of Broke,’’ FUBU brand founder Daymond John introduces the stories of widely successful visionaries, such as Gigi Butler and Moziah Bridges, who all have one thing in common: they found a way to make something out of nothing. John believes they made it to the top because of the ‘’the power of broke mindset,’’ which means that their initial lack of money made them more determined to succeed. So, get ready to learn through their stories how you, too, can practice the power of broke.

John attributes his success to the power of broke mindset he adopted at a young age. He grew up in Hollis, Queens, with his mother who worked two or three jobs most of the time to support them. The crowd John hung out with at the time was getting into all kinds of trouble - with guns, drugs, and stolen cars, to name a few. When he started high school, his mother realized she needed to watch her son more to make sure he would not get involved in any serious crimes. So, she quit all of her jobs and took an $80,000 mortgage on their house to have enough money for the bills and food for three years until John graduated from high school. ‘’One way to look at it,’’ John writes, ‘’that $80,000 was like my mother’s investment in me.’’

For John, harnessing the power of broke and using it to his advantage meant moving forward and making the most out of whatever resources they had. ‘’It meant waking up every morning and saying those three little words: rise and grind,’’ John writes.

One year, when he had saved enough money after a spring clean-up job, John bought a 15-passenger Ford van and got into a ride-sharing business (similar to what Uber and Lyft are nowadays.) He writes: ‘’I’d charge a dollar, which was 15 cents cheaper than the city bus, but I’d stop wherever you wanted along the route, so that was like the big value-added piece of my service.’’ Unfortunately, after a while, he had to give up on this business because of the big fines the Department of Transportation charged share-a-ride vehicles all over the city.

Yet, by that point, John had already founded his clothing business, and the van served to help truck his T-shirts and other gear to Black expos up and down the East Coast. Sometimes he even sold T-shirts and hats right out of the van. ‘’It was like having a hoopty boutique,’’ John remembers.

The power of broke

According to John, every entrepreneur should act like a shark. He uses this metaphor because sharks, similar to those who are broke, are hungry, smart, swift, and used to getting their way. Sharks smell opportunity, such as a drop of blood in the water, from a great distance. John says they also do not spend their energy on small things because they conserve it for more important challenges.

For John, the word shark is also an acronym that stands for the key steps anyone who wants to maximize the power of broke needs to follow:

Apart from being the FUBU founder, John is also widely known as an investor on the ABC-TV reality show Shark Tank, in which he and four other investors listen to the pitches and proposals of the entrepreneurial contestants. He says that the best pitch on the show came from an 11-year old boy called Moziah Bridges.

Moziah, or Mo, is co-founder of a line of handcrafted bow ties he first made himself, with a little help from his mother and great-grandmother. The whole business started because Mo was simply looking for something stylish to wear. At the age of nine, he was already wearing his church clothes to school. When he wanted to buy new ties, the only ones he could find at the time were expensive single-colored and pre-tied, and they were unaffordable and boring, from Mo’s perspective.

It was his grandmother who gave him a push to start his own line. As a professional sewer with a stash of loose materials and fabrics, she started making bow ties out of materials Mo picked out. Soon, Mo learned to sew as well. Every night, he would dedicate some time to work on new ties he would wear to school or sell to his schoolmates who also wanted to wear these unique pieces. ‘’This was how most of Mo’s first sales came about,‘ ’John writes. ‘’He moved up the ladder at school until the older kids started making inquiries, all the way up to teenagers in town who wanted to look good.’’

When a producer of The Steve Harvey Show heard about Mo and invited him to the show, the number of orders consequently rose, and Mo and his mom hired two local women to help with the sewing. They also developed a website to handle orders from around the country. By the time Mo was 10 years old, his ties were in half-dozen specialty shops in and around Memphis. At the time John was writing the book, Mo’s company had made $250,000 in sales in four years.

Like Mo, Gigi Butler, the founder of Gigi’s Cupcakes, knew what she wanted to achieve from an early age. Although Gigi did not get a chance to become a country music superstar, which was her initial dream, she always worked hard to make something of her life. All through high school, Gigi worked cleaning houses during the week and sang in a band on weekends. After she graduated, she sold her cleaning business, paid off all of her bills, and headed to Nashville with $500 in cash to build her music career.

However, when she turned 30, Gigi realized she had to give up on becoming a singer. Due to all the hard work she had to do, the dream had lost its initial appeal. Yet, another career breakthrough was just around the corner. While she was cleaning someone’s toilet, her brother called her to tell how he had waited for a couple of hours to try the cupcakes from a trendy shop in Manhattan. “I’m eating one of these red velvet cupcakes,’’ he told her, ‘’and they’re not as good as yours. You should open a cupcake shop in Nashville.”

When the call ended, Gigi thought for a while and then decided to give it a try. After all, baking was in her blood, and thanks to her waitressing job at the Red Lobster, she had an education in the food services industry. She did market research and learned that there was an opportunity in a smaller market like Nashville for the bakery she planned to open.

The power of broke in her story? John says, ‘’Gigi couldn’t see any ‘power’ in her situation - all she could see was ‘broke.”’ The day before opening her first shop, she had only $33 in her account. Still, she had to pay $4,500 for rent, $1,000 for food and supplies and needed another $1,000 to cover the salaries of the two full-time employees. Fortunately, there was a line out the door at Gigi’s cupcakes on opening day. Only three months after that, Gigi had paid off all of her debts and saved $26,000. And that was only eight months after she had received the call from her brother.

So, what can we learn from these success stories? John says a takeaway point to remember is: ‘’Broke only breaks you if you let it. But broke can make you too…if you let it.’’ In other words, if the lack of money motivates you to act and be creative, you might achieve incredible things in business (and other areas of your life, as well).

Apart from the SHARK points, there are also several principles you need to keep in mind if you want to leverage the power of broke:

In ‘’The Power of Broke,’’ John shows us how being disadvantaged can often turn into your greatest advantage. So, do not let a lack of money devastate you. Instead, adopt the power of broke mindset, and be determined to make the most out of your situation, because you have a chance to accomplish remarkable things.

If you liked Mo's success story, why don’t you watch the short documentary that describes the early stages of developing his company, Mo’s Bows?

Daymond John is best known as the founder of the hip-hop apparel company FUBU and investor on the four-time Emmy Award-winning ABC show Shark Tank. He is also a highly sought-after motivational speaker, bestselling author, and branding gur... (Read more)