The Only Investment Guide You’ll Ever Need - critical summary review 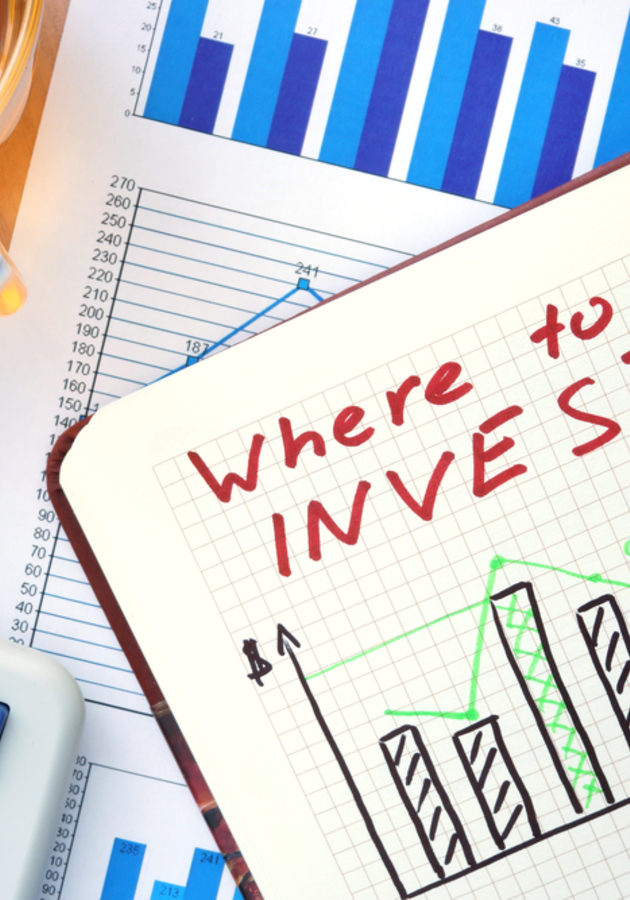 This microbook is a summary/original review based on the book: The Only Investment Guide You’ll Ever Need

Seeing your money multiply without having to work for it sounds like the dream, right? Well, one way of achieving that is by starting to invest your money. In “The Only Investment Guide You’ll Ever Need,” Tobias teaches some healthy economic habits that will help you get more from your money. The book was first published in 1978 and updated again in 2016 to adapt it to present times. So get ready to learn how to multiply your money!

Why this book won’t make you rich

Chances are, you have read a few investment books in your time. And you have probably come across one or two that have claimed to make you rich. According to Tobias, they are all frauds.

Take the following hypothetical example. After buying a book called “Dollars and Sense,” you get excited about all the possibilities of money-making that investment can provide you with, and eventually you stumble upon a chapter about Mexican savings banks. According to the book, you can earn 12% on your savings in Mexico, while in the U.S. you would only earn 5.5%. That would mean that after 20 years, $1,000 would turn into $10,000 in a Mexican savings bank, while in the U.S. this would only grow to $2,917.

While the book tells you about the risk of losing the money if the peso were to ever be devalued, it also says that the peso is one of the most stable currencies in the world, having had a fixed rate relative to the dollar over the previous 21 years. What’s not to like? You decide to take the plunge and, for a sunny 18 months, it works out well for you.

But then, in September, Mexico announces that the peso will be allowed to float, and overnight, it loses 40% of its value. But you decide to stick it out – surely, it will recover again. After two weeks, the float has ended, and while the peso has still lost in value (it was worth 8 cents, and is now down to a nickel), you decide that the 40% devaluation was a one-off event, and the currency will now stay stable. But then, six weeks later, the peso is floated again, and you eventually lose 52% of your money.

This scenario is not pure fiction, this actually happened to the peso in 1976. And many investment guides will often encourage you to invest in similar “quick money” schemes. Tobias believes that you do not need most investment guides.

Reading too much in the investment area can actually make you worse at investing. Indeed, it has been suggested in the past that a monkey throwing darts could predict the stock market as well as any “expert” does. And if a monkey can do it, so can you.

Before you get started on your investment journey, you will need to understand the big picture. At the time of writing the revised edition in 2016, the author said that the American economy was in roughly the same position as it had been in 1978: there was low inflation, low interest rates, and high national debt. Tobias predicted that the years following 2016 would be particularly challenging.

Having a low debt ratio, whether as a family, a business, or as a nation, is healthy. It allows for wiggle room in case of trouble or financial disaster. Concerning national debt, the broad idea has always been for governments to lean into the wind and run deficits in bad times, while in good times there should be no or little borrowing, and ideally the building up of a surplus.

Since 1980, the national debt in the U.S. has ballooned. In the fiscal year when George W. Bush passed the presidency on to Barack Obama, the national debt had topped 100%. That meant, according to Tobias, that “the nation’s infrastructure has been allowed to decay badly; the National Debt may require 35 years to shrink back to 30% of GDP.”

Another thing that went down were interest rates. While in 1981, $1,000 would pay you $336 in interest, by early 2016, this had shrunk to $20 for every $1,000. The author predicted that eventually, interest rates would rise again, meaning that bond prices would fall. So in 2016, investors were facing a lot of headwind.

On the upside however, the past 50 years have seen an onrush of new technology. And according to futurist Ray Kurzweil, technological progress will be “32 times as dazzling, 32 times as fast, 32 times as great” over the next 50 years. Just consider what this could mean – it might mean nearly free energy, which would allow for products to be produced at a much cheaper rate and would increase the standard of living substantially for people around the world.

So if you want to make the most of what is to come, start developing sensible economic and financial habits.

One sensible habit the author suggests for you to develop is to save at least $1,000 a year. That is because you are in a higher tax bracket than you think. Paying $4,000 a year in tax on $40,000 does not mean you are in the 10% tax bracket. What matters in terms of your tax bracket is how much you pay on the margin (the last few dollars you earn). Income tax in the U.S. is graduated, meaning that you pay very little tax on the first few dollars you earn, but a lot on the last few.

Say you are single, and you earned another $1,000 on top of your salary. Almost a third of this would go straight to the government, and in the case of you being self-employed, another 7.65% would be taken off. Very often, people are actually in the 50% tax bracket. Even though this might be an exaggeration for some people, let’s say this is the case for you. This would mean that for a $1,000 bonus, you would effectively only receive $500. In other words, a penny saved is two pennies earned.

Consider this: if you were to eat dinner at home for $10 tomorrow instead of going out and paying $50, you would have saved $40. But to earn these extra $40, you would have to actually earn $80. So in order to save money, try spending less instead of saving more.

Take Charles Revson of Revlon as an example. Instead of buying single bottles of mouthwash, he would always buy his mouthwash by the case. In doing so, he did better investment-wise than he ever did on the stock market: bulk buying gave him an investment return of 20% to 30% every year, tax-free.

If you were to buy wine bottles by the case instead of single bottles, you could get as much as a 53% return on your investment! If you start doing as much of your buying in this way as possible, you can save $1,000 a year. Tobias believes you should stock up on food as much as possible, as this can also double up as your disaster hoard.

Doing so saved the author when sugar prices went from 9 cents to 64 cents, as he simply ate through his inventory until the sugar price fell again. Building up your food hoard will also save you lots of time and money in terms of making trips to the supermarket.

As you have seen, taxes can take a significant amount of money from your income. So how do you avoid paying too much in taxes? One great way of reducing your taxes is through your kids. To be sure, having children in the first place costs a lot of money. But you can compound some of your savings tax-free by saving money in your children’s names, using their Social Security numbers. Create savings or brokerage accounts in their names and let them pay the taxes on the interests or dividends.

This is still cheaper than if you were to pay: If you have two of your children saving $2,100 each year, you save twice as much money on taxes. On top of that, as a custodian of your children’s accounts, you have the right to withdraw funds at any time.

Downsides to this approach are having to file more tax returns every year, one for every child. Plus, the money now belongs to your child – they might decide to blow it instead of using it to pay for tuition, for example.

Another way you effectively lose money is through retirement plans. You probably know that all the money you have paid in Social Security taxes has already gone to pay for someone else’s retirement. If you want to retire in comfort one day, you should make use of a tax-deferred retirement plan like the 401(k) or 403(b).

Usually, your employer contributes some money to these “salary reduction plans” as well – 25 cents or 50 cents for each dollar you pay into it. What is more, the money you pay into those plans is tax-free – you will only have to start paying taxes on it once you start withdrawing money years later, but in the meantime, you can just let it grow without getting charged extra.

If you are serious about not only saving money, but investing it as well, you should consider going into stocks. According to Tobias, there are three compelling reasons why you should put your remaining funds into stocks:

The easiest way of investing is by putting your money into no-load index funds. These funds do not pick the best stocks, but instead invest in all the stocks available. Doing so will allow you to outperform 90% of your friends and neighbors.

You can also consider going into mutual funds. They provide a wide diversification and are often part of a so-called “fund family,” such as Vanguard or Fidelity. This means you can easily switch your money between different investing methods.

It is also easy to diversify globally with mutual funds. Having a global portfolio will reduce your risk and boost your returns. That is because stock markets in different countries move upward or downward largely independent of one another. For example, had a U.S. investor in 1929 put half his money into foreign stocks, it would have taken him just five years to recover from the worst crash in American history.

The way to riches is not by earning more, but by spending less. Taxes are deducted from every penny you earn, and sometimes you may lose as much as 50% of your money! If you start spending your money cleverly, you can still live well, and save money on top of it.

You can then invest the money you save in index funds – and then sit back, relax, and watch your money multiply!

What items could you start buying in bulk? Try and figure out how much money you could save that way!

Andrew Tobias is an American writer. He was treasurer of the Democratic National Committee from 1999 until 2017. He has written extensively about politics, i... (Read more)