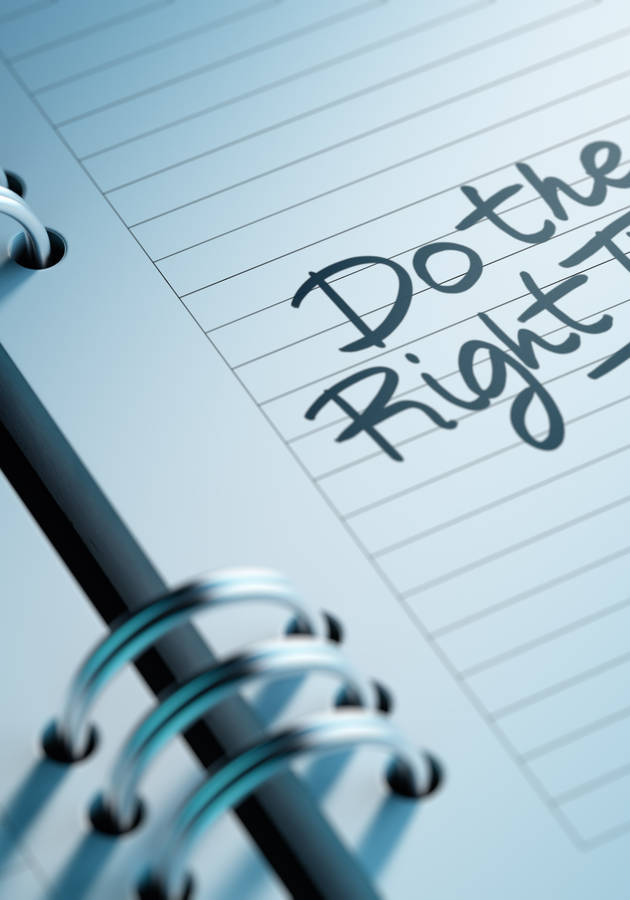 This microbook is a summary/original review based on the book: The Next Right Thing: A Simple, Soulful Practice for Making Life Decisions

As Emily P. Freeman notes in the first chapter of “The Next Right Thing,” “this is a book about making decisions.” Consequently, as she adds almost instantly, it is also a book “about making a life.” Get ready to learn how to excel at both!

Do the next right thing: the wisdom of Jesus

In Luke 5, Jesus performs two well-known miracles: cleansing a leper and healing a paralytic at Capernaum. Three chapters later, he adds an even greater achievement to this already impressive list: raising Jairus’ daughter from the dead.

Now, after miracles of this sort, you’d expect Jesus to share some very wise words with the cured. Instead, what he says sounds rather commonplace, if not trite. To the leper, he orders, “Don’t tell anyone, but go, show yourself to the priest.” To the paralyzed man, he says, “I tell you, get up, take your mat and go home.” And, finally, to Jairus and his wife – after resurrecting their daughter! – he suggests, “Give her something to eat.”

They may sound mundane, but Freeman thinks that there is an enormous amount of wisdom in these three very simple pieces of advice. Because, she says, they all boil down to the greatest counsel of them all, the universal remedy – the advice her book is built upon: do the next right thing. “Rather than a life plan, a clear vision or a five-year list of goals, the leper, the paralytic, and Jairus and his wife were given clear instructions by Jesus about what to do next – and only next,” writes Freeman.

Then she wonders if Jesus knew something about our “addiction to clarity,” and whether what he wanted to say to these people was something stated in “The Big Book” of Alcoholics Anonymous: “We earnestly pray for the right ideal, for guidance in each questionable situation, for sanity, and for the strength to do the right thing.”

In other words, most of us make our present choices based on a plan about the future; and, usually, it is quite a long and clear plan. However, clear long-term plans always get muddled and never work out – and the future has no reality of its own until it eventually arrives. Nobody is capable of living tomorrow. So, why don’t we start making our decisions regardless of it?

“Minimalism is not that you should own nothing, but that nothing should own you,” wrote Joshua Becker in his highly influential book on simple living, “The More of Less.” In “The Next Right Thing,” Freeman suggests that this should also become your decision-making motto.

According to conservative estimates, we make no less than 35,000 decisions every day, over 200 of them on food alone! Unfortunately, many of them are made by others in our stead.

Think of it this way: if you don’t know which brand of tissues you’re going to buy, you will probably buy the one that first pops into your mind when you go to the store. The problem is that this choice has little to do with your preferences and knowledge, and a lot with TV commercials and Google ads – not to mention the few manipulative psychological tricks the guys who produce and place tissues employ to influence your choices.

In other words, although you think you’re the one making the choice, your choice has been made by others in your stead. Regrettably, the same is true not just in terms of what you buy, but also in terms of what you do, think, and even feel. Your soul – just like your home – is filled with clutter, and that’s what exhausting you. And if you want to attain freedom, it’s not enough to just declutter – you have to “deown” as well. “Becoming a soul minimalist does not mean that you should hold on to nothing but rather that nothing should have a hold on you,” writes Freeman. “When my soul feels like that crowded gym, with lots of movement, hurry, and input, it brings peace to embrace the concept of minimalism.”

Embracing soul minimalism is not that difficult – it is a simple two-step process that starts with disabling notifications on your phone. No news, no Instagram, no Facebook, no Twitter. Nothing. The second step is even more important - it requires you to just listen to this newly-found silence. In the words of Freeman, stillness is to the soul what decluttering is to the home. “If you are carrying an unmade decision,” she advises, “you have to find a way to push back the distraction of your phone and allow some nothing space to fill the in-between moments.”

Ask this question before every difficult decision

“Sooner strangle an infant in its cradle than nurse unacted desires,” wrote William Blake in his “Proverbs of Hell,” warning people of something psychologists would discover much later: unacted desires tend to turn into something ugly – whether frustration, anger, or fear.

Repeat the process several times, and the result is pretty strange: your real desires get clouded by these negative remnants of past unacted desires, and instead of embracing them, you start running away from them. That’s why, in the silence of your distractionless surroundings, you should always ask yourself one crucial question before making any important decision: “am I being led by love or pushed by fear?” Only one of the two answers can justify a choice.

Freeman discovered this in 2011 after she was chosen to travel with the Christian aid organization Compassion International to the Philippines. She had some doubts. After all, she did have a few valid excuses to turn down the offer. For example, she had signed contracts for two books with a publishing house, and the books weren’t going to write themselves.

However, something was bugging her: from time to time, it seemed to her that these supposedly valid excuses were not the real reason why she didn’t want to go. But, no matter how hard she tried, she couldn’t put her finger on what it was. Then, her trip leader offered some help. Through a long and meaningful discussion with him, Freeman realized what was really happening under the surface: she had masked her love to participate in the mission with her fear of flying that she didn’t want to admit to anyone.

Fortunately, merely naming this fear and realizing that it can be countered with her love to help others gave Freeman the necessary strength to do the next right thing. And so, she went. “There is power in naming the unnamed things,” notes Freeman. “This is an important part of our decision-making practice and key to taking our next right step in love. Remember today is a plot point. See it honestly for what it is, but don't confuse the moment for the whole story.”

Simply put, a life energy list is a review of the past quarter of your year – or any other period for that matter – which should help you organize the next one better. It isn’t a complicated review at all, but it is very profound and revealing. It consists of asking yourself the following two questions: “What gave you energy during the past three months?” and “What left you without it during the same period?”

You can do this in whatever areas are most relevant for your life at the moment. Freeman usually reflects on these three main areas: personal (family and religion), relational (community, friends, and dates), and actionable (business and professional development).

So, start listing the things you did during the past three months in an Excel spreadsheet and organize them in two columns: life-draining and life-giving. You can even grade them by how much energy each of them gave or took out of you.

Be utterly honest with yourself, because only when you really know what sparks joy in you and what takes it away, you can attain a slightly less vague idea of what to do and what to avoid during the next three months of your life. And then? Well, then it’s time for another life energy list!

A few other pieces of advice

“The Next Right Thing” abounds with practical pieces of advice, such as the ones we’ve shared with you so far. In fact, almost each of its 24 chapters contains a different one. Here’s a brief overview of a few more we liked to round our summary off:

Although the voice of Emily P. Freeman is a beautiful mixture of gentle and mighty – as Kendra Adachi has aptly noted – most of the recommendations might sound too Christian to the non-Christians and too well-known to the readers of other decision-making books.

Even so, “The Next Right Thing” is – in the words of Crystal Pain – “a book you can go back to again and again” for the simple reason that, sometimes, the most sensible piece of advice is the most commonly accepted one. And “do the next right thing” is precisely that kind of advice.

“Desire often lives next door to grief inside the soul,” Freeman remarks in one place. “Access the grief, and you wake up the longing as well.” It may be painful, but facing it is the only way to transcend pain.

Emily P. Freeman is an American writer, creative director, and spiritual mentor. Co-founder of the Hope Writers community, Freeman has been writing online ever since 2010. She has also written several Ch... (Read more)