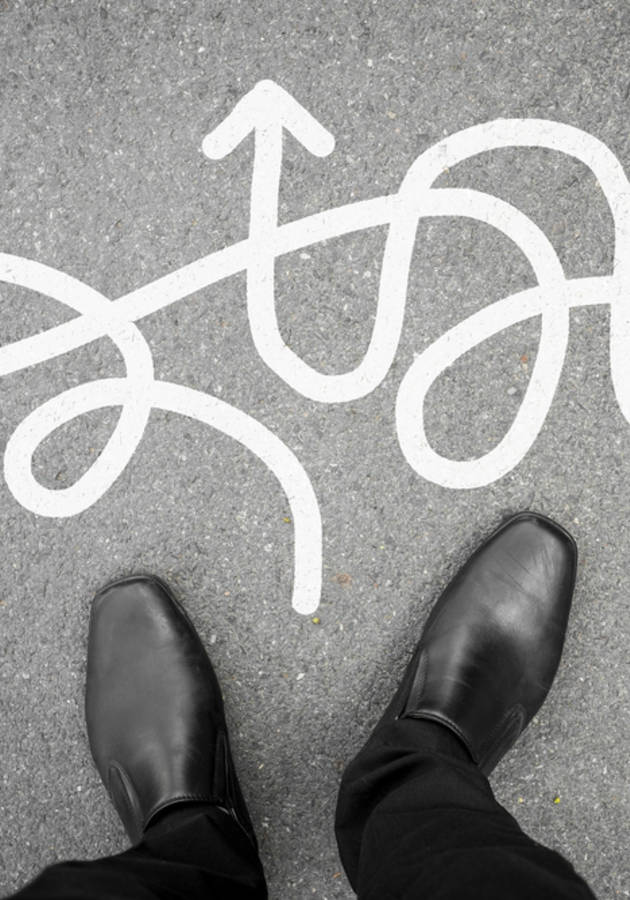 This microbook is a summary/original review based on the book: The Messy Middle - Finding Your Way Through the Hardest and Most Crucial Part of Any Bold Venture

Some people say that the beginning is always the hardest part of any journey. Scott Belsky begs to differ: true, starting things may be difficult and finishing them may be full of twists and turns, but the real problems come once you get to the middle.

OK, so you’ve started a project or a company, and everything was going fine for a while. And then the first problem came; you successfully managed to tackle it, but you can barely find the time to take a deep breath when another setback rushes in.

And you can be sure that the three-phase process Belsky advocates in this book (endure, optimize, and finish; then repeat) works every time! Not only because it has helped Belsky become a millionaire, but also because “The Messy Middle” is based on insightful interviews with many of today’s leading entrepreneurs that have endorsed this process.

So, if you are trying to implement a big idea, this is the book for you.

Let’s get to the point.

The magic is in the middle

“It’s not about the start and the finish,” writes Scott Belsky, “it’s about the journey in between.” It sounds odd, especially if you’ve been the target of numerous studies and citations that bring out “the truth” regarding the steps that lead to the desired outcome.

Let’s think of “The Messy Middle” as your roadmap. Now, we don’t need to tell you that roadmaps are pretty detailed, and filled with many names and labels, icons and numbers. So is “The Messy Middle.” Broken into three large sections (Endure, Optimize, and The Final Mile), the book lists hundreds and hundreds of lessons.

The inevitability of the messy middle

In retrospect, Apple, Microsoft, Twitter, and Facebook were always going to succeed, right? It’s hard to imagine people like Steve Jobs or Bill Gates going to investors and being turned down by them with the ideas they had. Would you have invested in social media sites such as Twitter and Facebook if you knew Evan Williams and Mark Zuckerberg when they started their respective companies? That probably would have made you a millionaire by now, but would you have invested?

And yet, at one point during their development, all of these projects seemed all but likely to succeed. Well, Bill Gates says that the closest you are even going to get at understanding how Silicon Valley works is by watching the HBO series. In other words, no matter how good your idea is, you’ll encounter quite a few problems before you stop working for it, and it starts working for you.

Or read, for example, Nick Bilton’s “Hatching Twitter.” Its summary: one of the most successful social networking services in history was born accidentally, managed poorly, and became successful by mistake. And that’s rarely the story.

Usually, the second part looks a bit differently: many companies fail because they are incapable of swimming out of the inevitable messy middle. When in it, everything is so tumultuous that it basically looks like hell – or a telenovela!

Either way, no one can experience so many ups and downs in life, so nobody would blame you for quitting after two or three falls.

Did we say “nobody?” Well, Belsky would. Because that’s the first lesson that he wants to share with you. To explain Belsky’s thought using the words of a Nobel Prize winner: “If you're going through hell, keep going.”

Belsky founded Behance at the end of 2005, and for many years the company was struggling to make sense even to its own employees.

During this period – Behance’s messy middle – Belsky lost all appetite, maintained only by the ingestion of anti-nausea pills. Yet, he needed to endure. One of the first things he did? Hacking the company’s reward system.

You see, the main problem with big projects – whether writing a novel or building a profitable company – is that the real result comes only after years of effort. And we are not biologically built to wait for rewards for such long periods of time. Why? Because up until recently – as late as the XVII century – the average life expectancy was about 25 years of age.

“For early humanity,” notes Belsky, “the prospect of spending five or ten years working toward an eventual outcome, however great it might be, was just not rational.” Your nausea, tiredness, and lack of will are just your body telling you that you may die soon and that you haven’t experienced anything before that. For example, when Behance was founded, Google autocorrected the search query to “enhance.”  When Google’s autocorrect finally stopped, Belsky organized a party – as some kind of reward.

Optimize: learn how to be an A/B tester

Now, the problem with having many ups and downs is not only our biological incapability to easily endure them; it’s also the effect this has on our thought processes.

It is only natural to be crippled by self-doubt and by the lack of confidence when an idea doesn't pay off. You don’t even want to find out if the next one will work.

The opposite is also true: when something works it is your ego that starts working against you. “The number-one killer of start-ups,” writes Bo Peabody, “is when entrepreneurs confuse ‘being lucky’ with ‘being smart.’ You must possess the humility to distinguish one from the other.”

Belsky goes further: it’s not only about humility and self-awareness but also about implementing a good process that can help you distinguish between what’s smart and what’s merely lucky, between what’s good and what’s bad.

It’s called A/B testing and just about everybody – from Google to the smallest startup – does it. Do you want to change the color of a button on your site? Test it and compare the results with the current state of affairs! If the color change brings new customers, then do it! If it doesn’t, then it’s probably the wrong decision. It’s that simple! And it applies to everything.

And now the most interesting part. Eventually, if all goes well, you’ll make it, you’ll emerge victorious from the messy middle and reach the final mile.

Scott Belsky’s suggestion: it’s time to go back now! Wait… what? But isn’t the very idea of enduring and optimizing getting out of the messy middle? Why would I ever want to go back and ruin my life all over again?

Well, because that’s the price to pay if you want to be successful. “The paradox of making progress,” writes Belsky, “is that it moves us past the early period when we’re the most willing to make the bold moves that actually accelerate progress.”

Take Facebook for example! If you ever get a chance to walk around its headquarters, you’ll notice many posters and laptop stickers saying the same thing: “This journey is 1 percent finished.” And there’s probably no need to remind you that the only two websites more visited than Facebook are Google and YouTube.

However, Facebook keeps evolving because it always tries to sustain the “we’re still just getting started” mentality. An example of a company that instead of sustaining this mentality attempted to sustain its final product, Myspace. That’s right: you’re either a Facebook always in the early innings or a Myspace, which believes a single touchdown brings the victory.

First, you need to endure

The messy middle part of your journey – be it a large project or a large company – is always the most difficult one. However, if you want your journey to be successful, then you must endure it.

Start by short-circuiting your reward system: ascribe milestones so that you have many goals and rewards instead of one. Embrace the uncertainty and take a dose of OBECALP to suspend your disbelief in others (read the word backward if you want to know what we mean by it). Reset if that’s the only way forward. And do the work regardless of whose work it is.

Then, you need to optimize

If you want to endure – hire endurers, foster apprenticeship, and keep your employees moving. Be an A/B tester: you don’t know if something works until you compare it to something else. That goes for everything – whether your product, your team or yourself. Accommodate free radicals: usually, they are the ones who move things forward. Simplify. Iterate. Question core assumptions.

Finally, you need to repeat

And, when you get to the finish line, turn around and go back. Always stay in the early innings, because continuing to learn is the elixir of life. And because, well, to be done is to die: “For those who love what they do… the creative pursuit never ends. Creativity is never finished.”

Joe Gebbia, co-founder and chief product officer at Airbnb, provides us with one of the best descriptions of “The Messy Middle” you’ll find anywhere: “Starting a new venture is like jumping off a cliff and sewing a parachute on the way down. This book is the parachute.”

Of course, Gebbia is not the only one with this opinion. “Having been through the ups and downs of the messy middle many times,” writes Tony Fadell, the inventor of the iPod. “It’s critical to understand the challenges ahead.”

It's difficult to add anything new without echoing Gebbia and Fadell. Then again, who could blame you for taking their words at face value? After all, they’ve gone through the messy middle quite a few times. And emerged – as millionaires!

If you dream to become a successful entrepreneur, then you have to be willing to give up on a lot of things, and never embrace the “we finally arrived” mentality.