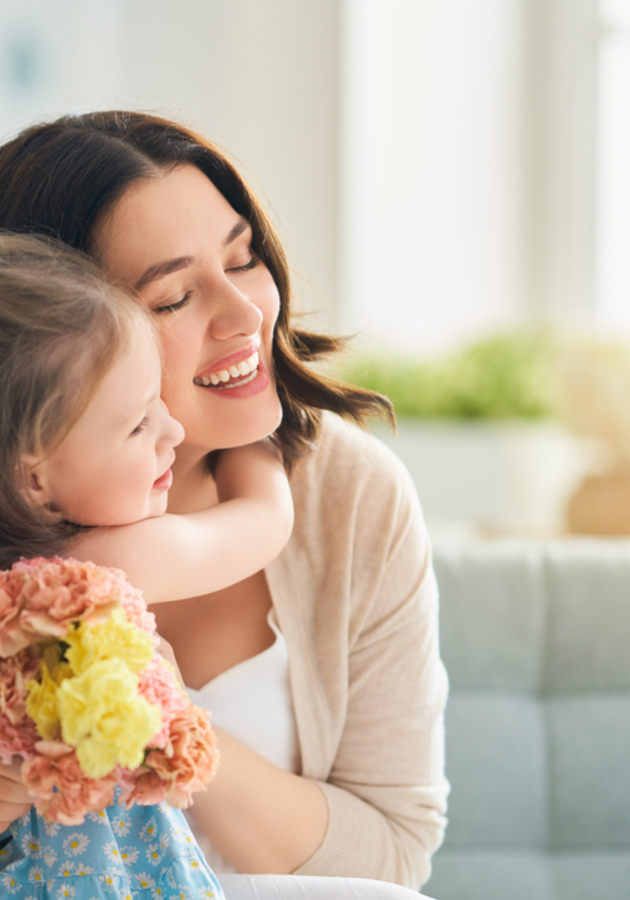 This microbook is a summary/original review based on the book: The Magic of Motherhood: The Good Stuff, the Hard Stuff, and Everything In Between

Are you expecting your first child? Or are you an experienced mother of three? Did you adopt? Do you wonder if you are a good mother? Whoever you are and whatever your worries are, you are sure to find yourself in one of the stories in “The Magic of Motherhood.” This is a collection of stories from mothers which were first published in the online blog “Coffee + Crumbs.” Editor and contributor Ashlee Gadd sees the collection as a quilted blanket made up of the many facets of being a mom. Get ready to learn more about the magic of motherhood!

If Ashlee Gadd could give her pre-mom self a few tips, she would start by telling her that it does not matter which brand of diapers you buy for your baby. It does not matter that you may have no idea what you are doing, because no one does when they are having their first baby. So stop worrying.

Becoming a mother will change you. You will see yourself with different eyes, simply because another human being is suddenly wholly dependent on you. Gadd also writes, “You will learn to love fiercely and wildly without expectations, and for the first time in your entire life, your heart will default to selflessness.”

Your body will also change. You should wear your stretch marks proudly, as they are a testament to the amazing human your body has produced. You will soon realize that every part of your body is a home for your children: your lap is a place of security, and your arms are a place of assurance.

Becoming a mother will also change your marriage. Especially in the early days, you and your spouse might default to score-keeping: who got up more times in the middle of the night, or who changed more diapers. Try not to do that and learn to appreciate each other and be grateful as much as possible. You will both need the reassurance.

Being a mother will change your entire life. You will have the responsibility and the privilege to look after another human being, every single day. Gadd says, “You will slowly learn to let go of control and expectations, a process you will practice every day for the rest of your life as a parent.” Once you become a mother, you will also realize that a void in your life has been filled which you did not even realize existed.

Having children also means letting go. One of the authors, Elena Krause, used to have her toddler son sit on her lap while she read him a book. One evening however, he refused to sit on her lap and instead started to read the book by himself, sitting on the floor. When this happened, Krause felt the same sadness she usually feels when seeing the first signs of autumn – the feeling of losing something she loves.

But with the seasons, she has learned she can at least look forward to the next summer again. As she says, when her son sat for the last time on her lap, that was a season that would not return. Many parents speak of childhood in terms of it being a season, but Krause feels that this term is not right “because seasons are circular, and childhood is a line.”

She says that mothers will often wish for hard times to pass, only to realize that afterwards, they are gone forever. Maybe your baby won’t fall asleep when you want him to, but at least you get lots of snuggles in the process. Once your child has learned to fall asleep by herself, this will be an irrecoverable experience.

But with losing the old also comes new experiences, new spring seasons: While her son does not sit on her lap anymore, Krause’s son now tells her he loves her. And in the far-away future, he may have a baby himself one day and understand what his mother feels for him. Another new beginning. So maybe, Krause writes, childhood is a little bit like the seasons, as there will always be new experiences.

Maybe you are like one of the authors, Lesley Miller, who always struggled to ask for help. But one day, when she was heavily pregnant with her second child and grocery shopping with a nearly 2-year-old toddler, she had a revelation. While her toddler was pulling gum and candy off the shelves, the store clerk asked Miller if she wanted help to her car, and to her own surprise, she heard herself answering “yes,” followed by “but are you sure?”

The entire way home she could not believe how easy it had been to do the grocery shopping when she accepted help. Up until that point, she had always believed that only those really entitled to help should receive it, such as the elderly or people with disabilities. She never saw herself in the category of people needing help. But since that shopping day, she has changed her attitude. When someone asks her if she wants any help, she will answer with, “Absolutely, yes.”

She has even gone so far as to actively seek help. She has her mom look after her children so she can get some time off for herself. Once, when both her kids woke up vomiting, she texted a neighbor for some help in getting a carpet cleaner and some applesauce. For Miller, these were big steps.

Her advice is that you should accept help whenever you can get it. Accepting help won’t make you needy or lazy. Mothers are already managing incredible amounts of work, so accepting help every once in a while will make the experience easier for everyone.

Another author, Anna Jordan, also believes in the importance of getting help and backup. She adopted her first child, a son now 5 years old, of African American heritage. For Jordan, it was love at first sight, but she has always struggled with feeling inadequate in looking after her son.

Jordan is white, and her son’s blackness drew comments even when he was just a baby. In one particularly unsettling encounter, Jordan was getting a coffee at Starbucks with her sleeping baby son strapped to her chest. That was when she was approached by an elderly man who told her that she had a baby strapped to her chest. She replied “yes,” to which the man said that the baby was a boy and that he was black. Again Jordan replied with “yes,” and then the man simply turned around and left.

Jordan did not know what to make of this encounter, but it scared her. What if her son would be unsettled by these questions about their interraciality? What if he wished for a mother who looked more like him?

A few years later, Jordan’s now 5-year old son had two younger siblings, both biological children of Jordan’s. One afternoon, he asked his mother when he would get a match; Upon further inquiry, it turned out that he wanted matching skin like everyone else in the family. When Jordan explained to him all they had learned together from picture books over the previous few years, she realized that she had already garnered a lot of support.

In the family, there had always been discussions about race and culture, and picture books about interracial families. Jordan had also made sure that her son’s therapist looked like him. She believes that a mother’s love is the ultimate trump card to getting all the support that you might need.

The mom they need

Parenting is not always easy, a lesson Katie Blackburn had to learn the hard way. In the early months of being a mother, she had the perfect relationship with her daughter. Her daughter slept through the night and was in every way an easy child to handle.

But once she grew into a toddler, her daughter became increasingly independent and difficult. One of her favorite phrases was “by self!” On one playdate in particular, Blackburn realized that her daughter was not only independent, but incredibly misbehaved. She hit the other children and stole their toys, and after less than an hour, both returned home.

This was the start of some extremely difficult months. When her daughter behaved badly, Blackburn got angry, and the two of them were caught in a never-ending circle of tantrum, time-out, and lecture. Blackburn writes, “I never thought it would be so hard to be a mom.” She also faced lots of self-doubt, asking herself questions such as, “Do I have a bad child? Am I a bad mom?”

Eventually, she got some advice from one of her mentors that changed her relationship with her daughter for the better. Her mentor told her, “Sometimes, I had to become a mom I didn’t want to be. Hang in there, though, because you are the mom she needs.” As a mother, at some point, you will have to let go of your fairy tale image of being a mother and face up to reality.

Being a mother can be tough, especially when looking after toddlers, as Ashlee Gadd observes. She is in a constant state of picking up and settling down her two small children, and her back never stops hurting. Sometimes, she longingly thinks about the time when she won’t have to do this anymore.

But then she gets scared. Because once the physical part of being a mother is over, she will get to the emotional part. And she is convinced that teenager emotions will be a lot harder to handle than toddler emotions. One thing that always strikes her as amazing, for example, is how easy her 3-year-old forgives.

Another one of the authors, Anna Quinlan, also keeps learning from her children. One day, her 5-year-old son surprised her by saying he wanted to be Wonder Woman when he grew up because “she is the coolest superhero. She doesn’t even have any weapons. She just has her arms and her legs, and she wonders a lot.”

For Quinlan, this read as the description of a supermom. She has often struggled with whether she is a good mother, since she is working at the same time as looking after small children. But inspired by the words of her son, she wants to keep doing the things she does while never losing her ability to wonder. Whether her children behave or misbehave, she wants to keep an open mind and stay curious about their developments.

To all the mothers out there: remember, you are not alone!

Ashlee Gadd is a mother, writer, and photographer based in Sacramento, California. She started the collaborative blog “Coffee + Crumbs” in 2014, a creative website aimed at providi... (Read more)