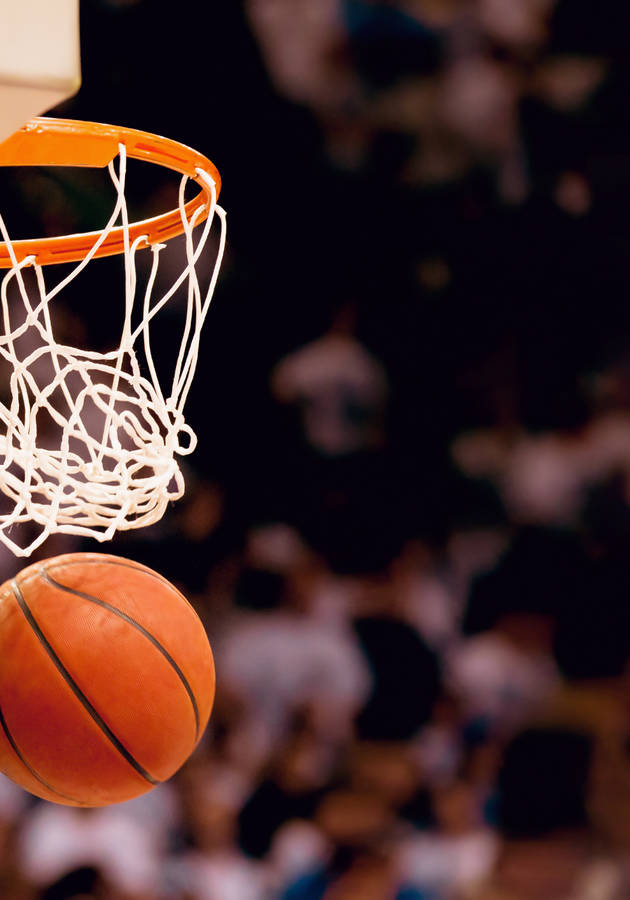 This microbook is a summary/original review based on the book: The Jordan Rules: The Inside Story of One Turbulent Season with Michael Jordan and the Chicago Bulls

During the 1991-92 NBA season – as the Chicago Bulls were looking for a repeat championship – reports started surfacing regarding Michael Jordan’s ungentlemanly behavior toward his teammates, both on the court and in the locker room. “I guess one of the things that started the problems was Sam Smith’s book, ‘The Jordan Rules,’” remembers Zen master Phil Jackson in the sixth episode of the ultra-popular Netflix sports docuseries “The Last Dance.”

In the age of Twitter and Facebook – and especially to someone who has watched all ten episodes of the documentary – it is difficult to relate the buzz Smith’s bombshell revelations created back in 1992 or to expose the visible dent they left in Michael Jordan’s carefully cultivated clean image. But allow us to try, and get ready for a story about competitiveness gone wrong – with a moral!

Quickly after joining the Chicago Bulls in 1984, Michael Jordan emerged as one of basketball’s most marketable stars. His prolific scoring entertained crowds wherever he went, and his leaping ability earned him two Slam Dunk trophies and the enduring nicknames “Air Jordan” and “His Airness.” However, despite being the league’s scoring leader for all but his first two seasons, and despite winning the regular-season MVP award in 1988, Jordan was still without a title at the beginning of the last decade of the 20th century. The main reason? The “Bad Boys” Detroit Pistons and the so-called Jordan Rules.

Devised by All-Star point guard Isaiah Thomas, the Jordan Rules were a somewhat dirty, but ultimately very successful defensive strategy of guarding Jordan. Knowing that he rarely passed, the Pistons double and triple-teamed him every time he touched the ball; moreover, any time he went by them, they made contact and – in the words of Chuck Daly, their coach at the time – nailed him to the floor. Largely owing to this method, the Pistons eliminated the Chicago Bulls in the playoffs for three consecutive years before the 1990-91 season and went on to win back-to-back titles.

At the time, Smith was a 42-year-old veteran columnist for several NBA publications and had just become a full-time Bulls writer. Recognizing his potential, Simon & Schuster editor Jeff Neuman offered him an advance of about $60,000 to write a chronicle of the Bulls’ 1990-91 season. He had all the right to suspect that he might follow them into winning their first championship; but he could have never guessed that he was about to redefine the meaning of the phrase “Jordan Rules.”

The other Jordan rules

“There was this thing about ‘the Jordan Rules,’” Smith writes in the book. “Newspaper and magazine articles used the term to refer to the supposedly secret way the Pistons had of stopping Jordan. But to the players, ‘the Jordan Rules’ were something very different.” In essence, they meant that Michael Jordan was different from the rest of the team and that the rules that applied to all the others didn’t apply to him.

True, Jordan was the best; also true, he deserved some special treatment. Few – if anyone – on the Bulls team had ever argued these points. The problem was that Michael regularly took advantage of the privileges conferred to him at the expense of his teammates, and he didn’t even try to conceal this.

In front of the cameras, the Bulls looked like a fearsome juggernaut assertively led by the league’s best player – a “modest, down-to-earth levitating demigod,” as he was described by Playboy in 1990. But when the cameras were off, Smith discovered, Jordan was much more a bully than a leader, and his teammates seemed to enjoy his absence far better than his company. He was just too competitive to care about anyone else’s feelings, and just too good for the Bulls’ management to take someone else’s side, no matter what the cost.

According to Smith, Jordan “liked to joke with players sometimes, but he always preferred to lead through his play. He often backed away from the traditional leadership role, and while he remained the team leader in the public’s mind, he rarely spoke with his teammates other than to taunt them with his rapier wit.” The stories that confirm this are too numerous to be discussed in detail, but hopefully this brief selection shouldn’t disappoint.

“Perhaps the most famous incident involving Jordan’s rules occurred during the 1988-89 season,” informs Smith. After the Bulls lost to the lowly Charlotte Hornets, then-coach Doug Collins called for the team to fly back to Chicago for a Christmas Eve practice. “No way,” Jordan said and put his money where his mouth was the following day by neither appearing for the team bus nor answering the telephone.

Collins had no choice but to send then-trainer Mark Pfeil to Jordan’s room. But not to force him to come or threaten him in any way – merely to beg “His Airness” to just turn up at the airport to help him avoid humiliation. Once there – Collins promised – he would make up an excuse to cancel practice for everyone. “I’ll be there for five minutes,” Jordan said. “That’s all.”

Collins was professional and stood up to his word. “It’s Christmas Eve,” he said once Jordan appeared at the airport, “so, as a reward, I’m calling off practice.” But then, as Michael turned and started walking away, guard John Paxson noticed something strange: Michael was wearing sneakers, but not socks. No socks in winter? In Chicago? The players realized immediately that it was all a sham. Practice got canceled not because it was Christmas Eve – but because Jordan wanted it canceled.

Before the seventh game of the 1990 Eastern Conference finals against the Detroit Pistons, Scottie Pippen suffered a severe migraine headache, due to which he made only one of his ten field goal attempts as the Bulls lost 93-74. Jordan didn’t believe him.

So, when several months later, Pippen shot 2 for 16 in a regular-season loss against the Pistons, Jordan unfurled the stat sheet on the bus and asked him: “Headache tonight, Scottie?” And he wouldn’t let this go – even when he was the one playing bad. Case in point: when the Bulls won against the Pistons later in the playoffs, despite shooting 6 of 15 from the field, Jordan said the following at the mass interview session: “You have to give credit to my supporting cast. I basically had a bad game today. Maybe I had a headache.”

Bill Cartwright was one of the more prominent members of Jordan’s “supporting cast.” A veteran center, he was known as “Teach” around the Bulls team, as in “teacher.” In recognition of this, Phil Jackson named him cocaptain for the season, alongside Jordan.

However, Jordan wasn’t that impressed with Cartwright – who arrived to the Bulls in a trade for Charles Oakley, Michael’s best friend on the team. So, he repeatedly mocked Cartwright’s clumsiness and unorthodox shooting style – even in his presence. In the 1988-89 season, he went a step further: he ordered Bulls players not to pass him the ball late in games. “If I ever hear again that you’re telling guys not to pass me the ball,” Cartwright told Michael after finding out about this, “you will never play basketball again.”

That was it. The two got along just fine after this. It is as if all Jordan ever wanted was to make Cartwright stand up for himself. “It seems he always needs a challenge,” Jackson once remarked of Michael. “I think that’s why he’s always hurling these insults all around the locker room, looking for someone to challenge him so he can back them down.”

Cartwright wasn’t the only Bulls player to challenge Jordan. Perhaps the man who challenged him more than any other was Horace Grant. Jordan enjoyed taunting him constantly until one day Grant hit back: “Screw you, M.J.,” he told him after one game. “All you care about is your points, and everyone knows it. You don’t care about anything but yourself.”

In March 1991, Jordan scored 34 points against the Houston Rockets despite having a cold. The media celebrated his heroic effort after an image of Jordan wearing a towel around his head at halftime quickly made the rounds. “Maybe he thought someone in the building didn’t know he was sick,” joked Grant. He knew – just like all the other players – that Jordan’s sickness was due to an all-night card session at home with friends.

Jordan’s dislike for Cartwright's backup center, Will Perdue, was arguably most overt. He called him “Will Vanderbilt,” because, in Michael’s opinion, he never deserved to be named after a Big Ten school.

In January 1991, after Perdue set a hard screen on him in practice, Jordan punched him twice in the head. “Why the hell don’t you ever set a pick like that in a game?” he screamed.

After that game, Jackson demanded that management installed a curtain in the glass-enclosed gym so practice could be private. The official explanation was that players needed to concentrate. The reality was that nobody should see Michael in that light.

The moral of the story

In a 1991 interview, Spurs’ center David Robinson described Jordan as “more of a nonbasketball-fan type of player.” “He always looks great out there hanging, jumping, dribbling around,” he remarked. “But if you know a lot about the game, you appreciate what I do more. It’s more basic.”

Fortunately, Phil Jackson felt somewhat similarly. So, during the 1990-91 season, he started the process of “de-Michaelization” of the Bulls by utilizing Tex Winter’s triangle offense. Jordan wasn’t too happy with it at the beginning. “He’s not going to let me win the scoring title,” he complained once to guard B. J. Armstrong.

But as the season went on, he started realizing that Jackson knew what he was doing. The original Jordan Rules worked because the Pistons recognized Michael didn’t trust his teammates. They could double team him because they knew he would not pass the ball to the guy left open. The triangle offense forced Jordan to change this behavior.

In the waning minutes of Game 5 of the 1991 Finals, Jackson noticed Jordan reverting to his former behavior. “M.J., who’s open?”  he asked. “Paxson,” Jordan replied. “Okay, let’s find him,” Jackson instructed. The rest is a familiar part of basketball history: when double-teamed, Jordan started passing off to Paxson, and Paxson started delivering, becoming a clutch shooter in all of the Bulls’ first three championships. Fierce competitiveness makes great players – Smith seems to say – but only collaboration makes championship teams.

“A lot of people have made fortunes off me in a good way,” Jordan said after “The Jordan Rules” hit the shelves. “But this is the first bad one.”

Nevertheless, the book doesn’t seem to say anything untrue – as implicitly confirmed by Jordan himself on “The Last Dance.” And it doesn’t seem to have affected the Bulls negatively: after all, they did do a three-peat amid its allegations.

By today’s standards, it isn’t even especially scandalous. But it is still an outstandingly detailed insider’s report of a dynasty-defining season. Highly recommended.

It’s good to be competitive to a certain point – but opt for collaboration afterward.

Sam Smith is a veteran NBA author, and a longtime writer for the Chicago Bulls website. Originally a political journalist, Smith moved to sports full-time in 1983 and became Bulls write... (Read more)