The Happiest Baby on the Block - critical summary review 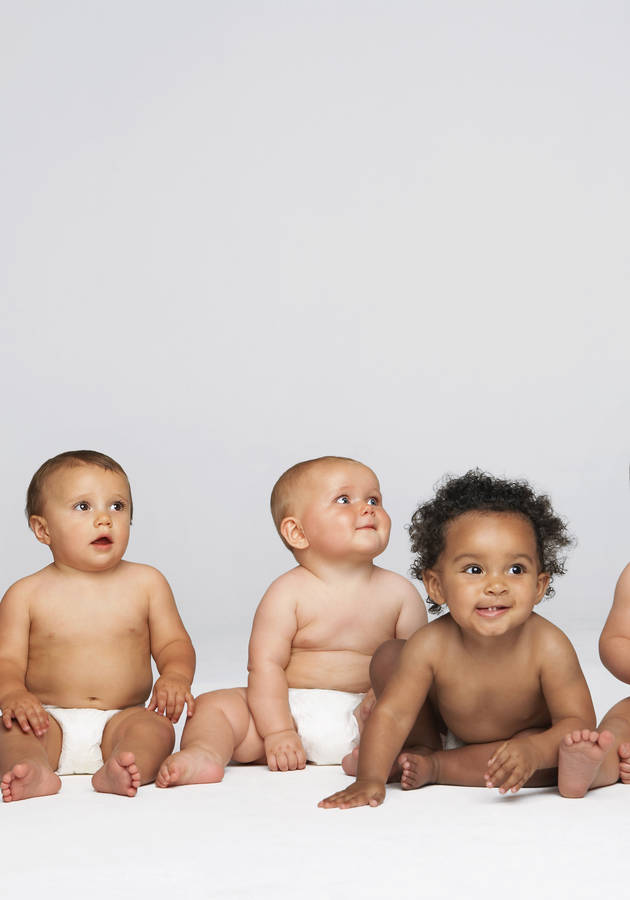 This microbook is a summary/original review based on the book: The Happiest Baby on the Block: The New Way to Calm Crying and Help Your Newborn Baby Sleep Longer

It is a question most parents dread to even think about: “How to soothe a crying baby to sleep at 2 a.m. so you can get a few hours of rest yourself before the exhausting workday ahead of you?” American pediatrician Harvey Karp believes he has rediscovered an answer known to many ancient civilizations and forgotten by most advanced cultures. His bestselling book –  “The Happiest Baby on the Block” – may as well be titled “The Happiest Parents on the Block,” because that’s probably how you’ll feel after enacting Karp’s bits of advice.

So, get ready to learn a timeproof method to calm your crying baby – and earn a few more hours of sleep yourself!

During the first few seconds of your baby’s life, you’ll want to hear nothing more than a powerful wail – it’s a welcome sign, an indication that your child is healthy and well. However, there’s a good chance that you’ll grow tired of your baby’s crying just a week or two after. Who could blame you – some say that Navy SEALs use infant screams to train recruits to withstand torture and sleep deprivation!

Even so, you should be grateful for your baby’s cries in their second week or month as much as you should be grateful for that first wail. “During the first few months of life, your baby will have no problem getting by without the foggiest idea of how to smile or talk, but he would be in terrible danger if he couldn’t call out to you,” explains Karp. “Getting your attention is so important that your newborn can cry from the moment his head pops out of you.”

This wonderful ability is called the “crying reflex,” and it is (like everything else) a product of our unique type of evolution. Think of other baby animals. Whether kittens, rabbits, or baby gorillas, almost none of them scream. And for obvious reasons: loud crying could be fatal for them because it might reveal their (and their family’s) location to predators.

Due to humans becoming apex predators, human babies were allowed to give up this kind of caution hundreds of thousands of years ago. In time, being loud became even an advantage: the noisier the infants, the more food and attention they got from their parents, desperate to keep them quiet. Consequently, these infants were the ones most likely to survive. Your baby is their distant descendant. So, don’t expect them to give up their winning strategy just because you want a few more hours of sleep.

The dreaded colic: the mysterious “crysis”

There’s another reason why human babies cry so much: they need the attention of their parents far more than other animals. Have you seen a newborn fawn or a baby elephant? They can run practically out of the womb. Human babies can do absolutely nothing without the help of their parents – that is, besides crying.

Quite awkwardly, crying is a one-word language: it reveals there’s a problem, but it doesn’t reveal what kind of a problem this is. Fortunately, it doesn’t take a great parent to deduce, within a day or two, the five most obvious meanings of their baby’s screams. Each comes with an even more obvious solution. Are they hungry? Feed them. Are they wet? Change their diaper. Are they lonely? Pick them up. Are they gassy? Burp them. Are they cold? Bundle them up.

But what do you do when none of these work? And experts say that quite often it doesn’t – according to Karp, “one out of every five babies has repeated bouts of terrible fussiness – for no apparent reason.” Both scientists and laymen refer to the condition as “colic.” It can be roughly outlined as “episodes of crying for more than three hours a day, for more than three days a week, for three weeks in an otherwise healthy child.”

Unfortunately, we know about baby colic about as much as ancient Greeks knew. The word itself comes from their language and means, in translation, “large intestine or colon.” They used it quite literally, believing that the wails must be the result of some gastrointestinal discomforts, whether tiny (gas, constipation, and overactive intestines) or big (food sensitivities and stomach acid reflux). These five theories are still the most prevalent, even though they don’t explain several characteristics of colic.

For example, it is an undisputed fact that rocking, wrapping, or shushing soothes colicky babies. But how could any of these affect an actual stomach pain? More importantly, prolonged crying fits are virtually nonexistent in many cultures around the world: surely, their babies must suffer from the same uneasiness? Finally, unlike intestinal pain, colicky crying has a shelf life: it usually starts at two weeks, peaks at six weeks, and ends by three to four months of age. How can the same problem make a 4-month-old baby scream their lungs out and be ignored as minor by a half-year-old?

The true cause of colic and an ancient cure

These kinds of questions weighed on Karp’s mind when he began his pediatric studies in the early 1970s. They remained there even after he became a fellow in child development at the UCLA School of Medicine in 1980. “I became outraged that our sophisticated medical system didn’t have a single effective solution for babies with this common yet terribly disturbing problem,” writes Karp. He soon made two discoveries that turned his alarm into hope and his hope into an explanation.

The first one wasn’t really his. In 1977, Dr. Arthur H. Parmelee – one of America’s preeminent pediatricians – published a paper in which he described “the massive developmental leap babies make during the first three months of life as well as the huge gap between how parents in our society expect new babies to look and act and their true behavior and nature.”

The second pivotal discovery came after Karp started reading about child-rearing in other societies, particularly that of the !Kung, one of the San peoples who live mostly on the western edge of the Kalahari Desert. Their infants, he learned from firsthand reports, hardly ever suffered from baby colic. “While !Kung infants get upset as often as our babies do,” Karp clarifies further, “their parents are so skilled at soothing them that the average fussy bout lasts only sixteen seconds, and more than ninety percent of their crying jags end in under a minute.”

Karp spent the next few years trying to unearth their secret, which – he now confidently claims – can be summed up in three simple strategies. Namely, !Kung mothers hold their babies in a sling almost 24 hours a day; breastfeed them around the clock, and respond to their cries within ten seconds.

The missing fourth trimester and the calming reflex

It took a while, but Karp finally put two and two together and realized the true cause of colic: the missing fourth trimester. In many ways, he explains, our babies are born a dozen weeks too soon: unlike other animals, they are more fetuses than infants for at least three or four months after their birth. There’s a good reason for this. The survival of a human baby doesn’t depend on strong legs or arms – but on smart brains. However, our babies’ brains are so huge that mothers have no choice but to “evict” fetuses from the womb well before they’re fully developed; otherwise, their heads would get stuck in the birth canal.

“Had you delayed your delivery just three more months,” Karp jokes, “your baby would have been born with the ability to smile, coo, and flirt.” However, since this is impossible, your next best bet is to recreate the environment of the womb since nothing else would comfort a newborn. That’s why the three strategies of the !Kung mothers work: just like those of many other ancient cultures, they mimic the conditions in the uterus, where babies are enveloped by a warm wall, rocked and jiggled, and surrounded by “a constant shushing sound a little louder than a vacuum cleaner!”

It’s not outlandish to assume that this imitation soothes babies because it makes them feel “back home.” However, the truth is even better: the approach works because it triggers a profound neurological response called “the calming reflex.” Karp describes the calming reflex as “nature’s brilliant ‘off switch’ for your baby’s crying.” “Why brilliant – or even necessary?” you may ask. Well, because if it didn’t exist – that is, if the uterus environment wasn’t a soothing one – then fetuses would be theoretically capable of throwing a temper tantrum inside their mothers’ bodies and cause fatal hemorrhage. In a way, our species have survived because of this primordial calming reflex. Thanks to Karp, now you can activate it even after birth, by properly recreating the conditions of the uterus.

The 5 S’s: an easy way to calm crying babies

It seems that !Kung mothers intuitively understood how to turn off their baby’s crying. Thanks to the advances of modern science and Karp’s rigorous investigations, we can now deduce it in its entirety and even update it. It effectively boils down to imitating five different characteristics of the womb, or, better yet, to combining the following “five ingredients of calm”:

According to many pediatricians, the science behind “The Happiest Baby on the Block” is speculative at best. According to satisfied mothers, however, the five S’s method seems to work nevertheless. So, give it a chance: you have nothing to lose by trying it!

To calm your fussy baby, make it feel at home by recreating the conditions of the uterus. To do so, use Karp’s five S’s strategy!

Harvey Karp is an American pediatrician, best known for his techniques for calming colicky infants. He is a fellow of the American Academy of Pediatrics and an assistant professor of pediatrics at the University of Southern... (Read more)