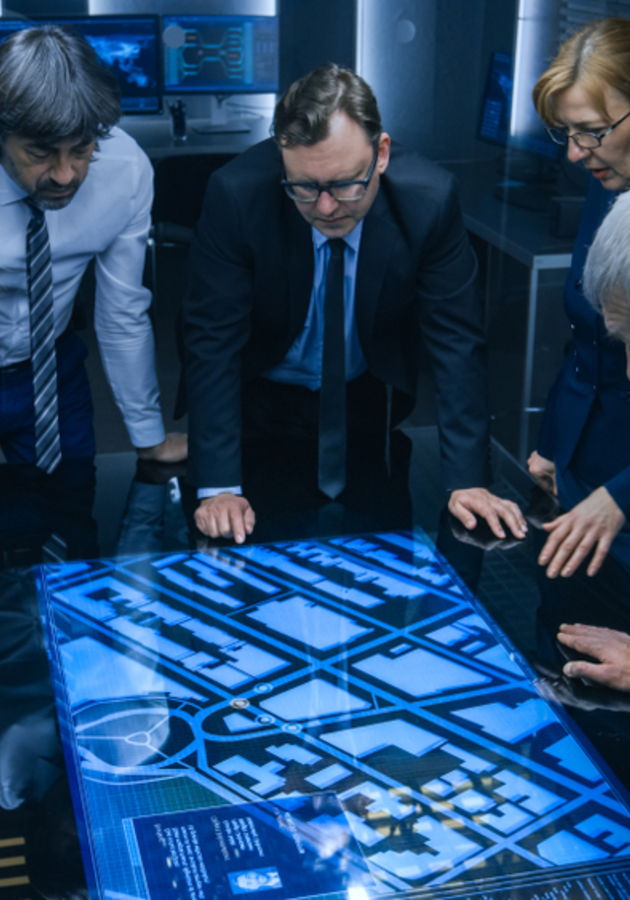 This microbook is a summary/original review based on the book: The FBI Way: Inside the Bureau’s Code of Excellence

Have you ever wondered what the FBI looks like from the inside? Frank Figliuzzi, the former assistant director for counterintelligence at the FBI, looks back on his years as an FBI agent and provides a unique look into the bureau’s workings in “The FBI Way.” In particular, Figliuzzi outlines how the FBI’s way of running the organization produces a high standard of excellence – and he reveals how you can do the same at your own organization! So get ready to learn the tricks of the FBI.

The FBI’s motto is “Fidelity, Bravery, Integrity” and according to Frank Figliuzzi, the FBI is also characterized by its internal excellence. In a global team of more than 35,000 employees in more than 60 countries, less than 2% are accused of misconduct every year, let alone convicted.

How does the FBI manage to recruit and maintain such excellence? According to Figliuzzi, it comes down to the seven C’s: code, conservancy, clarity, consequences, compassion, credibility, and consistency. These qualities are not unique to the FBI, he says you can use them in your own organization, or even in your own family, to create a wholesome and value-driven environment.

The FBI’s code of conduct guides everything that happens at the organization, from decision-making to the execution of tasks. Any organization that values integrity should have a clear code of conduct. This should be created based on the core values of your organization. The FBI has eight core values: compassion, fairness, respect for the dignity of those the FBI protects, obedience to the constitution of the United States, personal and institutional integrity, accountability, leadership, and diversity.

Your code of conduct represents your collective conscience. At the FBI, Figliuzzi had learned about the FBI’s strong code by his second day of training. Every agent, before being admitted to the academy, had to complete the “trigger-pull” test. But recruiters in charge of making sure that the test was passed before training began had the added pressure of having to meet hiring goals. Over time, they became sloppy with the test, and not every new agent trainee (NAT) had passed it, upon entering the FBI.

To clarify, the trigger-pull test was no easy feat: future agents needed to prove that they could pull the trigger of a Smith & Wesson .357 with one hand. This was a heavy steel weapon where a minimum of 9 pounds of pressure was necessary to pull the trigger. Nowadays, the FBI has transitioned to lightweight semi automatic pistols, which are a lot easier to handle. If you want to get a feeling for what the test is like, try lifting up a gallon of milk by curling your index finger around the handle, and only using the center of your fingertip pad, for half a minute!

Since a lot of new recruits had not passed the test when they started at the academy, the unit chief in charge of NATs decided to teach the recruiters a lesson. On the first day of training, he repeated the test with all new recruits. On the second day, anyone who had not passed was missing, and recruiters did not get credit for those recruits. This also showed NATs that at the FBI, you could not cut corners or tweak results. You had to adhere to the code of conduct.

Early in their career, every FBI agent is given a case by their supervisor concerning an accident involving a bureau car (a “bucar”) and a fellow squad mate. According to FBI tradition, minor bucar accidents are always handled by the person who had the last accident, and if no one remembers who that was, the newest member of the team will have to deal with it.

In these accident inquiries, the new agent has to write up a government report, including photographs, interviews, a written statement of the agent driver, a sketch of the accident scene, and a concluding statement of what had happened. The procedure makes it impossible for new agents to look the other way when one of their colleagues makes a mistake. Instead, the exercise teaches every FBI agent that everyone is accountable to one another.

This is the second C, conservancy. As the author writes, “People in a conservancy agree to become stewards accountable for sustaining an entity greater than themselves.” This only works when each person is accountable to someone else. At the FBI, there are multiple levels agents need to report to, but ultimately, the FBI is accountable to the American people. Keeping a focus on that helps each agent at the FBI uphold the code of conduct. Conservancy produces excellence because, as Figliuzzi says, it is about “actively maintaining a cause, a principle, a mission, a value, or an entity greater than just you and your team.”

While leadership accountability is an important part in upholding the code of conduct, clarity is just as important. The code needs to be clear and there can be no loopholes – this includes being clear on consequences for misconduct. At the FBI, there are certain bright lines that cannot be crossed, such as a “lack of candor under oath.” If a bright line is crossed, every agent exactly knows what will happen to them.

Every code of conduct needs consequences. A code gets its teeth from consequences, and everyone at the organization has to make sure that these teeth are maintained and cared for. Just think about what would happen if all the dental care you ever received was from your dentist just once a year! Similarly, everyone in an organization needs to make sure the code is adhered to and that the consequences are implemented, if not.

It is important that consequences are clearly laid out, since arbitrary or random penalties lead to confusion and eventually hurt your credibility. Every parent knows this: clearly state what consequences your kids will face when they misbehave, and then strictly adhere to them. At the FBI, it is the OPR, the Office of Professional Responsibility, that lays out and implements disciplinary decisions.

The OPR has disciplinary ranges on how to deal with specific offenses, and it makes these consequences known to FBI employees. When Figliuzzi was the OPR unit chief, he had to make many tough calls, and compassion always played a role in his decision-making.

Figliuzzi’s favorite definition of compassion is “the sympathetic consciousness of others’ distress together with a desire to alleviate it.” He believes that compassion can help maintain a balance, otherwise, enforcing consequences would be a harsh and cold process.

One of the most memorable internal disciplinary cases Figliuzzi had to work on was when an agent drove his wife and children into the city to buy some heroin. On the surface, this sounds like a simple case and you expect that the agent got fired, right? But it was not quite that simple, and this is where compassion comes in.

The agent’s wife had battled a heroin addiction for years, and the agent feared it would impact his reputation or career if he made use of the available resources at the Bureau. Instead, he decided to shoulder the burden alone and simultaneously took care of his wife, arranged daycare for the children and worked on several priority cases at the FBI. One day, he reached his breaking point. There was no childcare available, he was called in to work on a case, and his wife was unfit to look after the children as she was having withdrawal symptoms from a self-induced attempt to end her addiction.

Because the agent could not see any other way, he decided he would get some heroin for his wife, so that she would at least be in a semi-fit state to look after their children. Given the circumstances, the agent was not fired. Instead, he was suspended without pay for a time, but also received help for himself and his family through the FBI’s Employee Assistance Program.

If you not only want to succeed in your work, but sustain it, you will need people who believe in you. As Figliuzzi says, “Credibility is the cornerstone of any value-based endeavor.” When people do not believe in you, you cannot create lasting and real values.

Just look at Stephen Miller, former senior advisor to President Trump. Miller decided to implement an immigration strategy that would separate children from their parents at the border. This strategy was directly opposed to the message etched into the Statue of Liberty: “Give me your tired, your poor, your huddled masses yearning to be free, the wretched refuse of your teeming shore. To spread the light of liberty world-wide for every land.”

Take the law as an example. Most Americans follow it because they know that it has been put in place for the collective good. Similarly, law enforcement works because the processes are credible – they are held accountable directly to the wider community through a jury.

That is why in your company, you should always hold your code above anything and anyone else. Preserve your principles by punishing misconduct and rewarding excellence. At the FBI there is an Honorary Medals program which rewards valor and bravery, among other things. The Manuel J. Gonzalez Ethics Award is given out every year to one employee who exemplifies the FBI’s integrity standards. A word of advice from the author, “You don’t need to be perfect to be credible, just passionate about getting it right.”

Finally, you need to stay consistent in your adherence to the code. It is always worse to compromise your standards than to live up to them, even if it causes you discomfort. There are countless stories about organizations trying to cover up allegations of sexual assault or other bad news, but eventually, the truth will come out and these organizations usually lose credibility, sometimes forever.

We often believe that new and unusual circumstances demand new and unusual behavior – Figliuzzi calls this “the strain of the strange.” In fact, the opposite is true: crises are the times when your proven practices are needed the most.

Just look at the handling of the COVID-19 pandemic in the U.S.  Some of the nation’s leaders decided to depart from proven crisis management procedures in favor of short-term gratification while other leaders, such as some state governors, decided to stick with those procedures, ultimately saving countless lives.

The FBI’s code of excellence guides the bureau’s actions at every level, and can serve as an example of how to structure your company as well. You need a clear code of conduct based on your core values. You should outline and execute consequences for misconduct, but not without compassion. If you stay consistent with your code, you will remain credible in the eyes of your customers and employees, and you will also know how to deal with unforeseen challenges when they arise.

What are the core values that you want your organization to represent?

Frank Figliuzzi was the assistant director of counterintelligence at the FBI in 2011 and 2012. He joined the FBI after graduating with a Juris Doctor from the University of Connecticut School of Law in 1987. At the FBI, he als... (Read more)