The Evolution of Everything - critical summary review 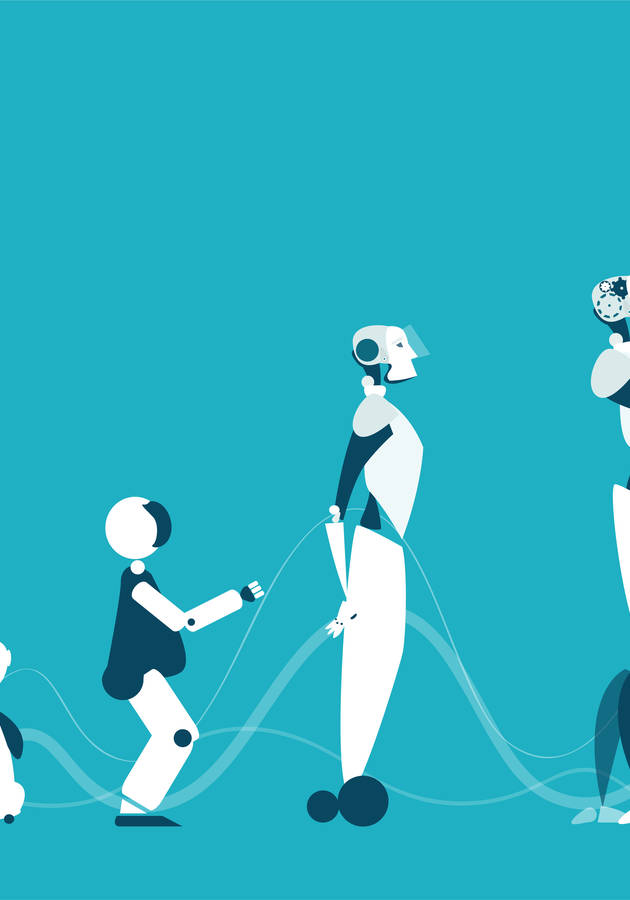 This microbook is a summary/original review based on the book: The Evolution of Everything: How New Ideas Emerge

By now, you already know that—according to just about every scientist on the planet—evolution is how all life came to be on this planet.

What you rarely take into account, however, is the fact that the phenomenon of evolution isn’t merely genetics-related and may be responsible for the origin of everything else everywhere, be it language or culture or government.

At least that’s what Matt Ridley, a British biologist and a peer in the House of Lords since 2013, suggests in his attention-grabbing 2015 book, The Evolution of Everything.

Step-by-step bottom-up progress is his vision of history, and there is no place in it for the great men of any era.

In fact, there are so many things which contribute to their formulation and so many other things which turn them into theories and trends that the great humans we link them to are nothing more than poster boys and (in rarer cases) girls for complex evolutionary processes.

In reality, Ridley says, everything we see around us evolves in an incremental, unplanned manner. And when we say everything—we do mean everything.

The universe, life, genes—OK, that’s physics and biology and pretty much expected! The economy, the education, the government—I see your point, you say, and you can make a case of it. But, leadership, culture, religion—even these?

And what about personality, morality, the mind? Now, you’ve got to be kidding me! And yes, even technology and the Internet!

Why don’t we just let Matt Ridley tell you a thing or two?

The general theory of evolution

For the most part of human history, the majority of people genuinely believed that a supreme being created the universe. After all, everything looked so orderly and beautiful that this seemed like a no-brainer!

In fact, when Isaac Newton formulated the laws of motion and gravitation, he was convinced that he had uncovered the ultimate evidence of intelligent design. If the universe worked like a clockwork mechanism, then it’s only natural that we supposed someone had built this machine a long, long time ago.

His name: God. The Ultimate Watchmaker.

But, about two centuries ago, an unexpected thing happened. Namely, Charles Darwin and Alfred Russel Wallace uncovered something even more fascinating than God. They found evidence that the natural world, with all its beauty and complexity, created itself, through an ages-long process of “trial and error.”

And this changed everything.

Suddenly, we started seeing patterns and realized that the theory of evolution can be applied to many fields of human knowledge and endeavor.

And that has yielded some exciting results.

The evolution of everything

Even before Darwin, Adam Smith realized that markets work best when not being overseen by the government.

There is some kind of a metaphorical, invisible hand—Smith inferred—that regulates the market in such a way that, even though all individuals who participate in the market work in their own self-interest, the end result is still the best for everybody.

Joseph Schumpeter, centuries later, explained away this invisible hand through the complex mechanics of evolutionary change. Just like the fittest organisms survive in nature, the best market products survive on the shelves.

And it seems that, inadvertently, humans test a lot of different stuff as well!

Take, for example, language. If certain words and phrases are not used, no matter how much dictionary-makers and governments try to force them upon the population, they will become obsolete.

As strange as it may seem, the same holds true for religion as well.

Just think of all the religions that preceded Judaism, Christianity, and Islam. The gods in Ancient Egypt or Ancient Greece were merciless, flawed, and many; Allah, Jehovah and Jesus are, quite the opposite: holy, perfect, and encompass all the other gods within one being.

How did this come to be?

Simply: the religions competed between themselves (in a manner akin to the way Moses competes with the Egyptian magicians at the beginning of the Bible), and the better ones won.

That’s why there are rarely eye-for-an-eye punishments in the modern versions of these religions, even though most of them started off quite ruthless and brutal.

The catalyst, for Christianity’s evolution, was the Roman Empire: as you can guess, there were a number of competing religions in a country that encompassed most of the world at the beginning of modern history.

However, the one that fitted most people within its underlying worldview was the one that survived, continually adapting to new circumstances, and visibly changing along the way. That was its only way to survive.

Even education and personality have evolved in much the same way—though we refuse to accept this.

We still think (possibly influenced by the old idea of creationism) that the best way for children to learn is by way of good teachers. How can we explain the fact that the founders of Amazon, Wikipedia, and Google (both of them) have all attended Montessori schools, which educate by way of “collaborative, test-free, mixed-age classrooms and emphasis on self-directed learning”?

And as far as personalities are concerned—if they are indeed shaped by culture and the environment, then why do boys with no previous experiences still prefer trucks to dolls, and why do twins raised in different surroundings develop very similar personalities?

Personality evolves from within, bottom-up, and, when meddled with, produced unwanted consequences.

Unfortunately, that is true for almost everything!

But surely, Ridley hears you cry, all of this is just an absurd exaggeration!

For one, we did mention people like Darwin, Wallace, and Newton! Does Ridley really want us to believe him that they didn’t do anything special? He can’t possibly be saying that, right? After all, they were great men, and, if nothing else, they are responsible for some huge  evolutionary leaps!

He’s got to give us that, at the least, right?

Well, no: Matt Ridley is ruthless .

As exceptional as these great men may seem to you—he says triumphantly—they were nothing more but a case of the right person at the right time. In other words, the theories of gravity and evolution would have been formulated by someone else if not by one of these three.

But how do we know it?

Well, consider something that  science historians refer to as “simultaneous invention.” It happens so often that hardly any Nobel Prize (other than the one in literature) is awarded to a single person. Some scientists, however, have gone a step further. They hypothesize that “multiple discoveries” happen not only often, but every time.

Here are some examples for you that are sure to make you wonder.

Have you ever wondered, say, how is it possible that the blast furnace or the crossbow were developed independently in China, Africa, and Europe?

Or how did all of Carl Wilhelm Scheele, Joseph Priestley, and Antoine Lavoisier discovered oxygen at around the same time in three different countries? What about evolution, and the aforementioned Darwin and Wallace? Or about Gottfried Leibnitz developing the calculus simultaneously with Newton?

Ridley has one even better: in the 1870s, no less than 23 people around the globe worked on inventing the light bulb!

Because all of the essential elements (glass, electricity, vacuum, and filaments) were there, and because, in Ridley’s opinion, an invention is not exactly a leap, but a recombination. Albert Einstein was the first one to conceptualize the theory of relativity but had he didn’t, Hendrik Lorentz would have been a name you’d hear much more often.

Simply put: because  the world was ready for such a theory.

Enough with the Great Men

The powerful will always be able to influence the weak. In many cases, they can do just about enough to hurdle things past the tipping point and cause an avalanche of extraordinary events.

However, this doesn’t happen as often as history books—and Malcolm Gladwell—would have us believe.

Quite the opposite, in fact: just like God had before Darwin, great men receive too much credit to this day. In truth, we might have even been better off without them.

If anything, most of them were a nuisance, preventing the gradual process of bottom-up evolution which got us to where we are. Our world wouldn’t have been that much different, even without Thomas Edison and Albert Einstein.

Sooner or later, someone else would have discovered what they did.

But, how much more beautiful it would have been without Alexander the Great or Hitler?

Lord Acton once wrote, “great men are almost always bad men.” In other words: they are just interfering with the process of bottom-up evolution of everything which tends to make things better.

They are not great suns who lighten up the world. They are much more akin to earthquakes or avalanches.

All the interesting things are incremental

True, we’ll adapt either way (that’s the basic premise of evolution), but letting it all grow and develop by itself is by far the easiest and least dangerous thing we can do.

To prove this, Ridley offers his readers two lists, each of them encompassing events that have occurred in the twentieth century.

The second one is a bit longer: the growth of global income; the disappearance of infectious diseases; the feeding of seven billion; the clean-up of rivers and air; the reforestation of much of the rich world; the internet; the use of mobile-phone credits as banking; and the use of genetic fingerprinting to convict criminals and acquit the innocent.

Can you notice the difference between the two?

If not, it is frightening and leads to Ridley’s boldest and most surprising conclusion.

Namely, every single one of the events in the first list was the result of “top-down decision-making by relatively small numbers of people trying to implement deliberate plans: politicians, central bankers, revolutionaries and so on.”

Every single event on the second list, on the other hand, was “a serendipitous, unexpected phenomenon supplied by millions of people who did not intend to cause these big changes.”

And this is the major conclusion by Ridley:

The Evolution of Everything is a modern, more nuanced and better-researched version of Herbert Spencer’s theory of social Darwinism. It’s an ambitious undertaking, since it covers everything from the universe to the Internet, from language and the mind to morality and personality.

Even so, to say that  it doesn’t disappoint, would be an understatement. It’s nothing short of brilliant. It is, however, intended for analytical, well-read readers with wide-ranging knowledge and a deep focus, so it may not be everyone’s cup of tea.

After all, each chapter of the book begins with a quote by Lucretius. If you don’t know him—don’t buy this book and watch Ridley’s TED Talk on the subject instead. Only then decide whether you should embark on this longer journey.

But do so if you decide you’re prepared.

We promise that it will be worth your time.

Instead of intentionally trying to change this or that in the world, focus on actively participating instead. Just let things go and, to quote Voltaire, focus on tending your own garden. If history has taught us anything, everything should work out fine in the end.

Matt Ridley is a member of the House of Lords in the British Parliament, former businessman, journalist, banker, and writer. He is a libertarian, and his views were shared via The Economist, The Wall Street Journal, and The T... (Read more)