The Everything Store - critical summary review 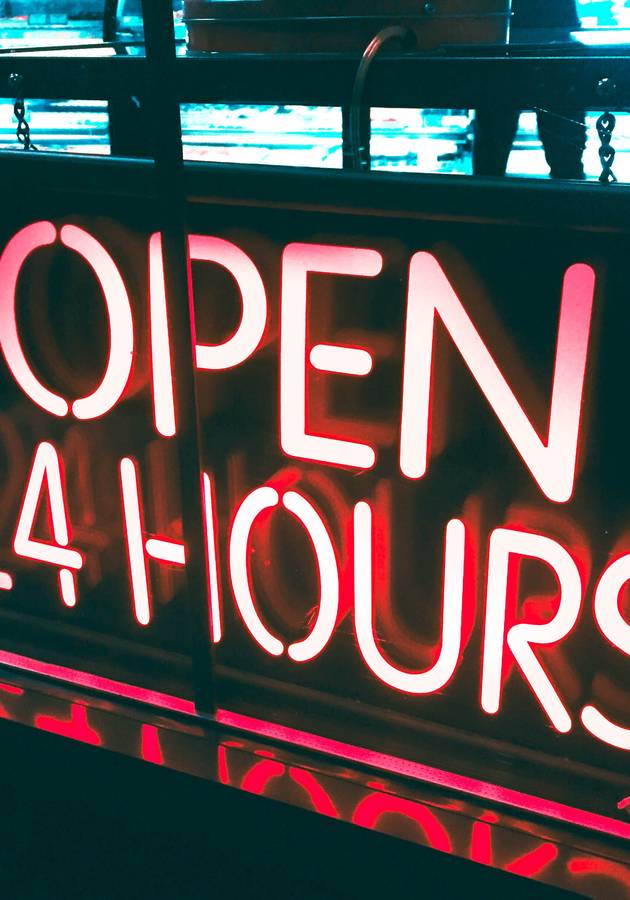 This microbook is a summary/original review based on the book: The Everything Store: Jeff Bezos and the Age of Amazon

How did Amazon become the most successful online retailer? And what makes it such a unique company? “The Everything Store” is the first conclusive work written on the roots of Amazon and its founder, Jeff Bezos. The book won both the Financial Times and the Goldman Sachs Book of the Year award. So, get ready to learn all about Amazon’s extraordinary success!

The founding story of Amazon is often described as the typical garage-to-Silicon Valley story. The idea of Amazon was not born in a garage, however, but in the New York offices of D. E. Shaw & Co (DESCO), a hedge fund company.

At the time, after graduating from Princeton in 1986, Bezos “had spent seven years on Wall Street and impressed seemingly everyone he encountered with his keen intellect and boundless determination.” DESCO was also where he met his future partner, MacKenzie Tuttle, who started working for the company as an administrative assistant.

When it became clear in 1994 that the internet would become increasingly important, Bezos was assigned to spearhead the company’s efforts to utilize the internet for their business. Bezos and Shaw also discussed the idea of an “everything store” that would be, “An internet company that served as the intermediary between customers and manufacturers and sold nearly every type of product, all over the world.”

Bezos started developing a business plan for his everything store to match the massive growth of the internet at the time, and also decided that it would be impractical to focus straightaway on selling everything. Instead, he decided to first focus on one category: books. After all, there were three million books in print worldwide, far more than any single physical bookstore could stock.

With that, the idea of Amazon was born. Driven by his unique vision, Bezos quit his lucrative job as a hedge fund manager and moved to Seattle. There, he went into partnership with Shel Kaphan, an experienced programmer, and together, they started to develop Amazon. At first, Bezos financed the venture through his own savings and those of his parents.

Almost 20 years later, Amazon has grown into the most successful online retailer of all time. With a yearly turnover of several billion dollars, Bezos has long ceased to rely on savings. But how did Amazon manage to become so successful?

Focus on the customer

From the start, Amazon has been driven by an almost obsessive customer focus. The leading principle is to start with the customer and work backwards from there. Bezos has always been committed to giving customers the best possible experience and to make online retail fast, efficient, and comfortable.

This obsessive customer focus often led Bezos to make deals that would produce losses in the short-term. For example, in 2004, when “Harry Potter and the Goblet of Fire” was released, Amazon offered same-day delivery of the book for the same price. This turned out to be a great marketing move in hindsight, although many Amazon executives were shocked by the idea at first. But, Amazon was mentioned in around 700 news stories regarding their shipping of the new Harry Potter book.

A focus on customers also led to the introduction of Amazon Marketplace, which allows other companies and individuals to sell used books (and other products) through Amazon. This also met with an outcry of protest from within the company. However, it turned out to be just what customers wanted.

Another tool Amazon uses to optimize customer experience is that of collaborative filtering. These are algorithms that give customers suggestions on what other products they might want to buy. Collaborative filtering led to one of the biggest fights between Bezos and his marketing executives in 2010. Customers who had been browsing the sexual-wellness category were being sent personalized emails with similar products.

Bezos believed this caused embarrassment for his customers, but the marketing department tried to convince him that the emails were producing quite a few of their sales. Eventually, Bezos won the fight, and a central filtering tool was adopted to ensure that no sensitive products could be promoted, since, “no amount of revenue was worth jeopardizing customer trust.”

Stone describes another example of Bezos’ commitment to customer satisfaction. WhenBezos receives an email with a customer complaint, he sends it on with a single question mark at the top. This is like a ticking time bomb to his employees – it means they have only a couple of hours to react, solve and explain the problem to Bezos himself. Often, this leads to them being closely scrutinized over the next few weeks or even months.

Focusing excessively on the customer, however, has often led to the neglect of employees. The savings made in the running of the company are directly used to increase customer satisfaction by reducing prices on Amazon. For example, employees are paid at market average, there are no free snacks or food at Amazon headquarters, and employees even have to pay for their own parking. On business trips, executives pay for their own flights and stay in double rooms.

How does Amazon work?

Amazon is defined by a unique company culture that reflects the unique character of its founder, Jeff Bezos. It has been described as a company with the flair of a start-up, but the bureaucracy of a large corporate institution. Others have called it, “relentlessly innovative and disruptive, as well as calculating and ruthless.”

Ever since the founding days of the company, a focus on getting things done quickly has been a defining feature. Bezos founded Amazon because he believed he needed to move fast at the time, and he still believes that things need to move fast in order to stay ahead of the competition. This often results in extraordinary amounts of pressure being put on the employees.

Bezos’ leadership style has been described as extremely demanding. Employees quitting Amazon see the work culture as almost cult-like. But many of them also return to working with the company, admiring Bezos’ ability to motivate and drive people.

Former employees who went on to work with competing firms such as eBay have, however, been threatened with legal action in the past. Moreover, present employees are continuously examined. In departments with more than 50 people, employees are often top-graded by managers, with those falling in the lower margins being let go.

This is in line with Amazon’s overall work culture, which is extremely confrontational. Bezos believes that the most fruitful ideas come about during arguments, which is why he puts a great emphasis on voicing disagreements.

In fact, communication is seen as so superfluous that for meetings, employees are asked to prepare six-page documents outlining their ideas. At the beginning of every meeting, attendees must read the documents before anything is being discussed. Bezos believes that formulating ideas in such a conscious way means they will be articulated more soundly.

There is also a strong focus on numbers in meetings. These consist of Excel spreadsheets, rather than customer anecdotes, true to the motto, “data doesn’t lie.” This focus on numbers has also led to the laying off of staff since computers and algorithms often perform better on tests than humans do.

Another defining feature of the company’s culture is frugality. Bezos believes that having to make do with few resources fosters creativity and innovation. That is why employees at Amazon must make do without the usual comforts expected of a company this size.

This frugality is in line with Bezos’s focus on long-term development - his ultimate aim is to sell everything, anywhere. This single-minded focus on an ultimate goal has allowed Amazon to survive in the face of almost insurmountable hurdles. During the 2000 and 2001 dot-com bubble bursts, investors became skeptical about internet-based companies such as Amazon.

Bezos, however, was never one to be swayed by rapidly changing public opinion, and instead always kept a clear head in the face of a crisis. Bezos’ strong long-term focus discouraged investors at first, but eventually he managed to convince them. During the troublesome years of the early 2000s, Bezos invested heavily to improve the infrastructure of his company, which eventually paid off in billions of dollars of profit.

To truly follow a long-term vision, risks need to be taken. Employees at Amazon are encouraged to try out new things. The Just Do It Award is given out to anyone who tries something out on their own initiative, whether successful or unsuccessful. In line with the company’s frugal culture, the award given out is not a monetary prize, but a pair of sneakers from a former professional basketball player. One employee received the award for grabbing his laptop during an earthquake at the headquarters, to check whether the Amazon website was still up and running.

Expanding the everything store

One of Amazon’s most visionary expansions was the development of the Kindle. In 2004, Bezos realized the possibly endless popularity that e-books would enjoy, and dedicated some of his employees to work on a top-secret mission: Lab126. Three years later, Amazon unveiled the first Kindle, which launched in direct competition with Apple’s e-reading device.

Bezos’ vision for the Kindle was to make it so easy to use that your grandmother could use it. And his obsessive customer focus paid off: the Kindle became the most successful e-reader on the market, revolutionizing the book industry. It allowed users to quickly download books well below market price, through a free 3G network called Whispernet - something that had never been done before. The original Kindle was sold out within a couple of hours.

Amazon has long ceased to be “only” an everything store. Less well-known, but equally crucial to the company’s success, are the Amazon Web Services. Launched in 2006, these cloud-based computing services lease out server space to other companies and start-ups. Amazon has made the transition from being a start-up to giving others a leg up.

Bezos’ unique personality also shows itself in the many side projects he has taken on since founding Amazon. Most notably, he founded Blue Origin: a rocket company designed to make space travel cheaper and safer for humans. Bezos is driven by a vision of making space travel part of the everyday experience.

He has also invested in the Clock of the Long Now which is being built inside a mountain on his ranch in Texas. This clock is supposed to only tick once a year, and will mark the passing of millennia. Bezos believes that such a clock gives people the necessary long-term focus and framework for seeing time in a different way.

Amazon has prevailed against all of the hurdles it has come across, largely thanks to the long-term vision of its founder, Jeff Bezos. He has instilled the company with his own flair, making it simultaneously incredibly innovative and extremely demanding.

While being an intensely controversial company, one cannot help but admire Amazon’s stellar success. “The Everything Store” provides the first in-depth look at the behind-the-scenes workings of the largest online retailer in the world and has won multiple Book of the Year Awards.

In your next meeting, why not try the six-page approach used at Amazon? See if it has an impact on how well ideas are being formulated.