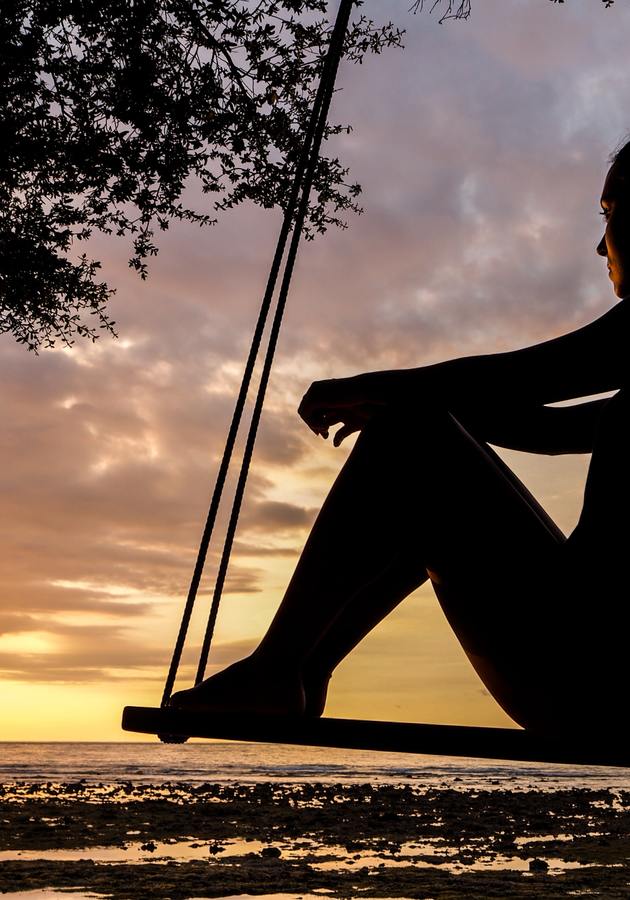 This microbook is a summary/original review based on the book: The Ethics of Ambiguity

“The Ethics of Ambiguity” is the second major non-fiction work by Simone de Beauvoir, a French intellectual who was – together with her lifelong romantic partner Jean-Paul Sartre – one of the leading existentialist thinkers of post-war Europe. Get ready to learn more about their philosophical views, as well as why they still matter.

The ambiguity of human nature

The question of what it means to be human has been debated by philosophers ever since antiquity.

For Plato, a human being was an “upright, featherless biped with broad, flat nails,” differentiated from other animals by having a thirst for knowledge and an immortal soul. For Aristotle, being a human meant having a sense of good and evil, an appropriate end or goal, and a desire to belong in a community. For Christian philosophers, humans were inherently sinful, godlike creatures blessed with the unique ability to form a relationship with God.

In the early 17th century, René Descartes argued that only humans possess minds, and about a century and a half later, Immanuel Kant – unifying several previous intellectual traditions – defined humans as animals endowed with the capacity of reason. After Charles Darwin, however, it became impossible to think like this, as his theory of evolution forever changed the relationship between humans and animals, and irreversibly challenged our exceptionality and supposed dualistic nature. Chimpanzees, we now know, are much smarter than infants, so denying reason to the former means denying it to the latter as well. Moreover, if infants have immortal souls, why shouldn’t chimpanzees have them too?

Despite such obvious paradoxes and ambiguities, there still remained many philosophical doctrines striving to give a simplistic definition of what it meant to be a human, long after Darwin’s ideas came out. Existentialism – a 20th-century cultural movement that flourished among the ruins of postwar Europe – refused to do this. Instead of trying to resolve or reduce the ambiguity of human nature,  – or as De Beauvoir remarks, dishonestly mask it with intellectual dogmas – existentialist philosophers fully embraced it. What makes us humans, they believed, is precisely the fact that we cannot be defined – or, better yet, the fact that we are essentially nothings.

The world is full of things or, in existentialist terminology, beings-in-themselves. Beings-in-themselves are essentially what they are. We can give rules that govern their behavior, which, in turn, is almost invariable and can be predicted to a large extent. Neither a rose nor a lion can change its fundamental nature, its so-called essence. In both cases, the essence is fixed beforehand and precedes existence. A lion cannot become a leopard nor can a rose flourish into a lily, no matter how much they might want to. Moreover, an encyclopedic article on the topic of lions can include brief sections on habitat, hunting, diet and reproduction – to name just a few – and likely describe almost all lions that have ever existed.

In this sense, humans are not things, and should not be treated as objects that can be defined by philosophers. Because, unlike roses and lions, we can redefine ourselves as many times as we want to. We can study to become scientists, realize we like poetry halfway through, and become professional musicians in the end. Simultaneously, we can be a friend to one person, a spouse to another, and a parent to our children. Instead of being something, we are constantly becoming something else. There is no blueprint or definition of what it means to be a human being that we are obliged to live up to. Our existence – as Sartre famously noted – precedes our essence. Rather than finalized beings-in-themselves, we are open-ended beings-for-ourselves. We alone possess the privilege of being “a sovereign and unique subject amidst a universe of objects.”

As much as this is a privilege, it is also a burden because our freedom to be whatever we want to makes us responsible for everything we do. Every discussion about morals is pointless when your essence is predefined. You can’t blame the lion for killing a zebra, because lions kill zebras – that’s their nature. It gets much trickier with humans because, in absence of predefined essence, everything becomes complicated and ambiguous and every choice matters.

Past philosophers tried to overcome this ambiguity by imposing some nonexistent essence upon human beings. It’s easier to say if a human being has made the right choice if you determine beforehand that some actions are good and others bad, whether because of God’s commandments or because of some abstract moral doctrine. But existentialists don’t believe in such simple solutions. Instead, they believe that – just like human nature itself – ethics is complex and ambiguous, and can’t be reduced to any set of moral rules or guidelines. Moreover, they also believe that this is a good thing.

Existential ethics: the ethics of ambiguity

In “The Brothers Karamazov,” Dostoevsky wondered if everything was permitted in a world in which God does not exist. And indeed, don’t existentialists repudiate all ethics by putting human beings at the heart of their destiny, by claiming that life has no meaning in itself, but only in relation to the one who lives it? Put differently, can humans not choose whatever they like and act however they want to if they are absolutely free to define for themselves the conditions of the life valid in their own eyes?

De Beauvoir replies with a resolute “no.” “Far from God’s absence authorizing all license,” she writes, “the contrary is the case, because man is abandoned on the earth, because his acts are definitive, absolute engagements. He bears the responsibility for a world which is not the work of a strange power, but of himself, where his defeats are inscribed, and his victories as well. A God can pardon, efface, and compensate. But if God does not exist, man’s faults are inexpiable.”

In other words, existentialism is not, as it is often claimed, a philosophy of nihilism, an ideology of the absurd and of despair. It is, on the contrary, an optimistic reaffirmation of man’s agency. Unlike all other philosophical movements before, it offers humans the possibility of individual choice and the knowledge that they are in full control of their lives. Even more, by emphasizing “the element of failure involved in the condition of man” – that is, his inability to be final and be a being-in-itself – existentialism, and existentialism only, makes ethics possible. If we were as finalized as lions – if our nature was predefined as most philosophies and religions claim it to be – then ethics would have been impossible; there’s no morals without failure or free will or, to quote De Beauvoir, “one does not offer an ethics to a God.”

All in all, in Sartre’s famous words, we are “condemned to be free.” We bear the full responsibility for our choices and it is up to us to give our lives meaning. As much as this knowledge is liberating, it can also be extremely disquieting, producing dread and anguish. We like to believe that life has inherent meaning and that one day we will discover it. If we are supposed to fashion it, then where should we start? There are so many possibilities, and so little time!

This is the reason why many people willingly relinquish their radically boundless freedom, either by denying it exists or by misusing it. Let’s start with the deniers:

Personal freedom and others: misusing and using freedom

Most people are either sub-men or serious men because the only alternative they can see to objectively existing, permanent and universal values is radical subjectivity, chaos and confusion. But that’s how things stand in reality. Once aware of it, some people are defeated by this fact, others find ways to misuse it, and yet a third, small group makes something of it. Here are the many subtypes of freedom users, according to De Beauvoir’s hierarchy:

Genuine freedom, suggests De Beauvoir, goes beyond the self-interest of the adventurer and the passionate man because it includes a concern for other people as well. “Passion is converted to genuine freedom only if one destines his existence to other existences,” she writes. “To will oneself free is also to will others free.” Of course, in reality, there are “concrete and difficult problems” that arise in this relation. That’s why existential ethics is also the ethics of ambiguity. Rather than advocating ready-made guidelines, it recommends inventing original, situation-specific solutions to ethical problems and accepting the responsibility for anything that might come out of them.

“The Ethics of Ambiguity” is one of Simone de Beauvoir's most original philosophical works. It doesn’t only succinctly summarize Sartre’s existentialism, but it also builds upon it, formulating its challenging ethical theory which Sartre conveniently skipped over.

As other works by De Beauvoir, it is a demanding, but ultimately rewarding and transformative read.

Remember Montaigne: “Life in itself is neither good nor evil. It is the place of good and evil, according to what you make it.”

Simone de Beauvoir was a French intellectual and political activist. Considered one of the most influential thinkers of the 20th century, she is known for her early contributions to existentialist philosophy, her romans-à-clef “She Came to Stay... (Read more)