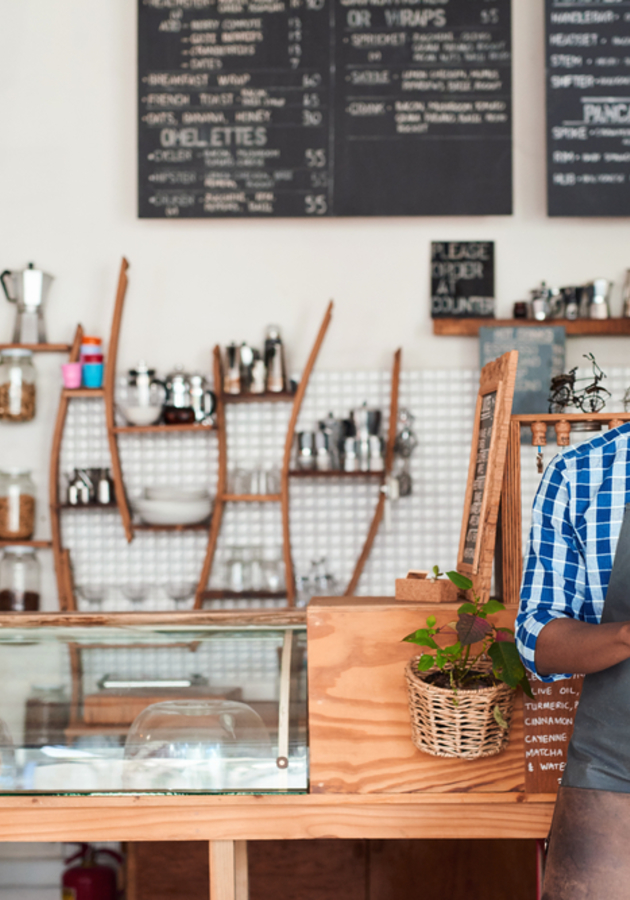 This microbook is a summary/original review based on the book: The E-Myth Revisited: Why Most Small Businesses Don't Work and What to Do About It

Each month, about half a million new businesses are started in the United States; that amounts to more than six million per year. Unfortunately, 40% of them go out of business within the first 12 months and 80% fail by the end of their fifth year. Not only that, 80% of the small businesses that do survive the first five years go belly up in the second five. The reason, wrote Michael E. Gerber in his 1986 underground hit “The E-Myth,” is that businesses aren’t started by entrepreneurs seeking profit, but by employees seeking jobs.

The idea captured the imagination of an entire generation of American entrepreneurs and served as the intellectual fuel for a nationwide revolution for small businesses in the 1990s. This inspired Gerber to revise and update the original book and republish it in 1995 as “The E-Myth Revisited.” A perennial bestseller, “The E-Myth Revisited” was voted the No. 1 business book by Inc. 500 CEOs in 2000, and has since become one of the classics of the genre.

Get ready to discover why, and to dispel the myths about starting your own business while learning how to work on it, rather than merely in it!

There is a prevailing myth – let’s call it the entrepreneurial myth or the e-myth, for short – which says that small businesses are started by entrepreneurs risking capital to make a profit. But if that were so, Gerber smirks, then he wouldn’t have had to write his book. The reality is very different. “The real reasons people start businesses,” he comments, “have little to do with entrepreneurship. In fact, this belief in the entrepreneurial myth is the most important factor in the devastating rate of small business failure today.”

According to Gerber, most small businesses in the United States crash because they are founded by people who are struck by “an entrepreneurial seizure.” An entrepreneurial seizure occurs when someone working for somebody else is taken with steadfast passion and, for one reason or another, decides it would be a great idea to start their own business. Before too long, this someone becomes obsessed with the thought of becoming his or her own boss and “the excitement of cutting the cord” becomes his or her constant companion. The fact of the matter is that once an employee is stricken with an entrepreneurial seizure, there is no relief until he or she starts a personal business.

The problem is that, in the throes of the entrepreneurial seizure, a person often becomes the victim of “the most disastrous assumption anyone can make about going into business.” Gerber calls this “the fatal assumption” and defines it in the following manner: “If you understand the technical work of a business, you understand a business that does that technical work.” In other words, if you are a hairdresser working in a beauty salon, it only makes sense that you start your own beauty salon; and if you are a carpenter or a plumber, then why shouldn’t you become a contractor?

As reasonable as it may seem at first glance, this kind of logic is actually “the root cause of most small business failures.” This is so because “the technical work of a business and a business that does that technical work are two totally different things!” Business, in other words, is not merely a place for the technician to go to work, but a place that needs to be run properly as well. If you don’t know how to run your business, your entrepreneurial dream will turn into a technician’s nightmare.

The three people inside us

Every single person who goes into business is actually three people in one: the entrepreneur, the manager, and the technician. The problem, in Gerber’s opinion, stems from the fact that “while each of these personalities wants to be the boss, none of them wants to have a boss.” To understand the three-way conflict better, you must understand the differences between the three personalities first. So, let’s contrast and compare:

Between balance and bossing about

In other words, the one in charge is almost always the technician. The technician, unfortunately, doesn’t know how to manage a business; he is even less adept at envisioning its future. In fact, he considers both of these things quite unnecessary. That’s why even a technician with the skills of Michael Jordan needs a manager like Jerry Krause to hire a visionary like Phil Jackson to mastermind his own rise to stardom.

In the absence of a manager and an entrepreneur, the technician inside us will always prevent our business from developing. That’s because he doesn’t really want this to ever happen. “What the technician who runs the company wants,” writes Gerber, “is not growth or change but exactly the opposite. He wants a place to go to work, free to do what he wants, when he wants, free from the constraints of working for the Boss.”

Unfortunately, all technicians need bosses. Otherwise, their businesses will forever remain stuck in infancy, the first of the three phases of a business’s growth.

The three phases of a business’s growth

Just like people, businesses need to grow and change. To understand why most small businesses fail,  and to ensure that yours doesn’t, you need to understand the three phases of a business’s growth. Here they are.

It’s important to note here that adolescent businesses never end up as mature companies. On the contrary, successful businesses start out that way. It’s not that they don’t go through the infancy and adolescent phase; it’s just that they know from the start where they are going and what they need to do to get there. This is what Gerber calls “the entrepreneurial perspective,” the final and most important piece of the puzzle. Put simply, mature companies are not founded by technicians, but by entrepreneurs. The manager and the technician come after.

Don’t get us wrong: franchising existed long before the first McDonald’s opened. Coca-Cola and General Motors – to name just two corporations – were licensing small companies to market their products ever since their founding. Kroc, however, did one better when he began expanding McDonald’s. Namely, in addition to lending the company’s name to the smaller enterprise, he started providing the franchisee with an entire system of doing business – the Business Format Franchise.

Recognizing the groundbreaking power of this idea, Gerber spent some time devising a similar business format franchise for small American businesses. In 1977, he started offering this model through his company E-Myth Worldwide. By doing this, he set the spark for the Turn-Key Revolution, which has been transforming small businesses across the United States ever since. According to studies conducted by the U.S. Commerce Department, more than 75% of franchises survive past their fifth year of operation, as opposed to as many independently owned businesses who collapse in the same period.

How to work on your business, not in it

The secret behind the Business Format Franchise is the Franchise Prototype, which is nothing more but a system that balances the three personas: the entrepreneur, the manager and the technician. Inclusive and long-term, the Franchise Prototype allows everyone to find their place, granting the entrepreneur a medium to realize his vision, the manager some room to impose the order he so desires, and the technician a place where he can do whatever he knows to do best.

The main idea behind the Franchise Prototype is that you should start building your business by imagining that the way you would run it is going to serve as the model for 5,000 businesses just like it. Not almost like it, but just like it. By pretending you are going to franchise your business, you can redirect your attention (which is the attention of a technician) from the product to the company (which is what visionaries do). In other words, by trying to build your own Franchise Prototype, you force yourself to stop working in your business and to start working on it.

All Franchise Prototypes must obey the six rules of the franchise game:

Building the franchise of your business is a continuous process. This process itself is founded on “three distinct, yet thoroughly integrated activities through which your business can pursue its natural evolution.” They are innovation, quantification, and orchestration:

The best way to build your startup is to think of it as though it were the prototype for many other businesses. And the vehicle through which you can create a good Franchise Prototype is the Business Development Program, which consists of seven distinct steps:

“The E-Myth Revisited” is widely considered one of the most important business books of the 20th century. Rightly so: a required reading for any aspiring entrepreneur.

If your business model can’t serve as the model for thousands of other businesses just like it, then it’s probably not a good model. Rebuild it.

Michael E. Gerber is a bestselling American author, called “the world’s #1 small business guru” by Inc. magazine. He made his name with the mega-bestseller, “The E-Myth Revisited” (an updated edition of his underground hit, “T... (Read more)