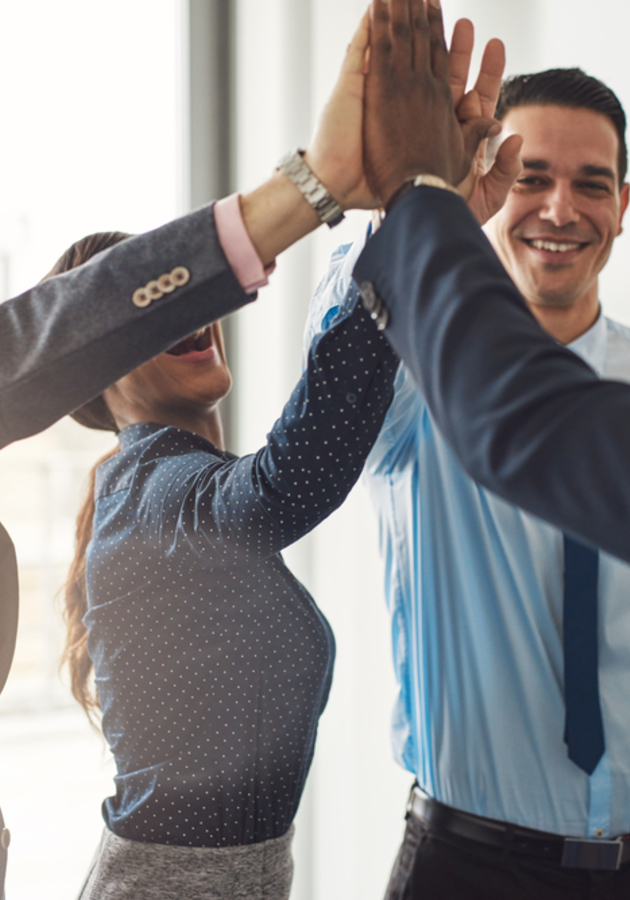 This microbook is a summary/original review based on the book: The Compound Effect: Multiplying Your Success One Simple Step at a Time

Do you want to lose weight? Become the manager of a large company? Or find your dream partner? Whatever it is that success means to you, you have probably fallen for quick fixes before. Here’s the hard truth: there are no quick fixes for success. However, there are six fundamental steps you can follow on your way to success, and they all utilize The Compound Effect. So get ready to learn how to become successful!

There is no such thing as a fast track to success. Forget about losing 30 pounds a week or making $200,000 a year by spending two hours on the internet every day. Success formulas that sound too good to be true are usually ineffective.

But there is no need to despair - even though you won’t become successful in the blink of an eye, there is still a formula you can follow for real success that lasts you a lifetime. Author Darren Hardy calls it The Compound Effect.

No matter who you are or where you come from, you can always make up for what you lack in innate ability or talent with hard work. And you do not have to make monumental changes to the way you currently live your life. In fact, making a series of small, almost insignificant changes will lead to huge rewards.

That is the magic of The Compound Effect. By consistently making good choices, you will generate a momentum that will propel you to success. Take the example of the magic penny. If you had the choice between taking a penny that doubled in value every day for 31 days, or receiving $3 million in cash straightaway, which option would you go for?

Chances are you would pick the big stash of cash. If you do the math, however, you will realize that taking the penny is the better option. After 31 days, the magic penny would be worth more than $10 million!

This is what will happen to you if you make small choices every day to improve yourself - the magic of The Compound effect will continue to multiply whatever effort you put into achieving success.

Our lives are the sum total of our choices. Whatever position you are in right now, it has come about as a result of the choices you made in the past. Even when you do not choose, you are still making a choice - by deciding to become a passive receiver of whatever life throws your way.

As the author writes, “You make your choices, and then your choices make you.” What’s more - 99% of your choices are unconscious! But to make full use of The Compound Effect, you will have to start making conscious choices.

It is the frequent, small, bad choices that really trip you up in life. For example, eating an entire bag of chips and then realizing that you have just destroyed an entire day’s worth of healthy eating.

It is easy to point the finger at others to blame them for the things that are not going quite as you wanted them to in your life. But only truly successful people own 100% of their choices.

Seeing life as the sum total of your choices can be a very empowering thought. It means that you are not at the mercy of whatever fate has in store for you, but instead, you can make your own luck. If it is to be you, it is up to you.

Hardy says getting lucky is a combination of preparation, attitude, opportunity, and action. This means you will have to continuously improve yourself through good choices, believe in positive change, and seize every opportunity that comes your way. That is how you become successful!

The many subconscious choices you make every single day eventually become habits. You probably do not think twice about brushing your teeth after a meal or buckling up your seatbelt as soon as you sit in your car. Habits, in many ways, make life easier for us.

According to Merriam-Webster, a habit is “an acquired mode of behavior that has become nearly or completely involuntary.” Even Aristotle said, “We are what we repeatedly do.” So, habits define who we are and ultimately, our success.

As long as they are good habits, that is good. But what about bad habits? You will have to get rid of those in order to be successful. Many bad habits are developed because we keep chasing instant gratification. The negative effects of eating a Big Mac or chain smoking, for example, may not be apparent right away, but rather build up over time. Chances are you would not have another cigarette if it immediately turned your face into that of an 85-year-old, right?

To get rid of bad habits, start by making small adjustments to your daily routine. Even the smallest tweak can have big effects - just take a plane flying from Los Angeles to New York as an example. If the plane were to adjust its course by only 1% in a different direction, it would end up about 150 miles off course, either in Delaware or Albany!

To make significant changes to your own habits, you will need to find your “why.” Willpower alone won’t get you far -– you will need a mojo, something that really motivates and pushes you to keep going. What is it that motivates you? Once you have realized your “why,” you can connect your choices to your desires and dreams.

The Compound Effect depends on the power of Big Mo (big momentum), says Hardy. Do you remember how hard it is to push a merry-go-round at first? You have to keep pushing very hard until you build up momentum and Big Mo comes to your help, at which point the merry-go-round keeps turning, almost with no effort on your part.

To get to Big Mo in your life, simply follow these five steps:

Michael Phelps is someone who consistently and patiently built up good habits until he reached his breakthrough moment. His coach made Phelps stick to his daily training sessions so religiously that one of Phelps’ most vivid memories is when he was allowed to leave the session 15 minutes early so he could attend a middle school dance.

All that hard work paid off though: Phelps eventually won eight gold medals in the 2008 Summer Olympics in Beijing.

While you are the only one responsible for your choices in life, it is important to realize that these choices are influenced by your surroundings. There are three kinds of influences around you: what you feed your mind (input), the people you spend time with (associations) and your surroundings (environment).

Always pay attention to what you feed your brain. Our brains are designed to focus on survival, and therefore they will always seek out the negative around us to protect us from possible dangers. This means that when you tune into the news, your brain will be focused on negativity and that will define your actions throughout the rest of the day. So instead of switching on the radio and listening to the news on your way to work, why not listen to a self-improvement CD instead?

The author puts it this way: “You get in life what you create. Expectation drives the creative process. What do you expect? You expect whatever it is you’re thinking about.” So always try to stay positive!

Also think about the influences in your life. Who do you spend the most time with and who do you most admire? Are these the same groups of people? According to Jim Rohn, the author’s personal coach, you become the average of the five people that you hang out with the most.

So in order to increase your chances of success, find a peak performance partner or a mentor in the areas that you want to improve.

Finally, the environment around you also greatly influences your scope of imagination. Maybe your dream is too big for the environment that you currently live in. If you are dreaming of a big house for example, try spending some time in the neighborhood that you would like to live in.

These are the moments of truth. Take Lance Armstrong as an example. In his first Tour de France, no one saw him as a real threat. During the mountain stages of the tour, he was then separated from his team and had to do the excruciating climbing part of the tour by himself.

Within the last five miles of the stage, Armstrong gathered all his strength and surged ahead of the competition. Even though he was completely exhausted, he managed to retain his lead. Not only did he win that stage, he went on to win the Tour de France.

Armstrong later said: “When you open a gap and your competitors don’t respond, it tells you something. They’re hurting. And when they’re hurting, that is when you take them.” So when you hit a rough patch on your way up, keep pushing. Just a little bit more effort can add exponentially to your outcomes! Arnold Schwarzenegger famously demonstrated this with his “Cheating Principle” when weightlifting.

He says that once you have reached your maximum number of lifts, just push yourself to do a few more - you can cheat by having a partner help you or by leaning back a little. Doing those five or six reps past your maximum massively accelerates your success.

When striving for success, do not expect a quick breakthrough. There are no quick fixes for long-lasting success, whether you want to lose weight, climb the career ladder, or have the perfect relationship. You will need to be patient. Make the right choices every day to build up good habits and to gain momentum. And when you reach an obstacle, keep pushing - The Compound Effect is on your side and will accelerate you on your path to success.

Darren Hardy is the former publisher of SUCCESS magazine and a keynote speaker. He is also the author of “The Entrepreneur Roller Coaster,” “Living Your Best Year Ever,” and “The Compound Effect.” He h... (Read more)