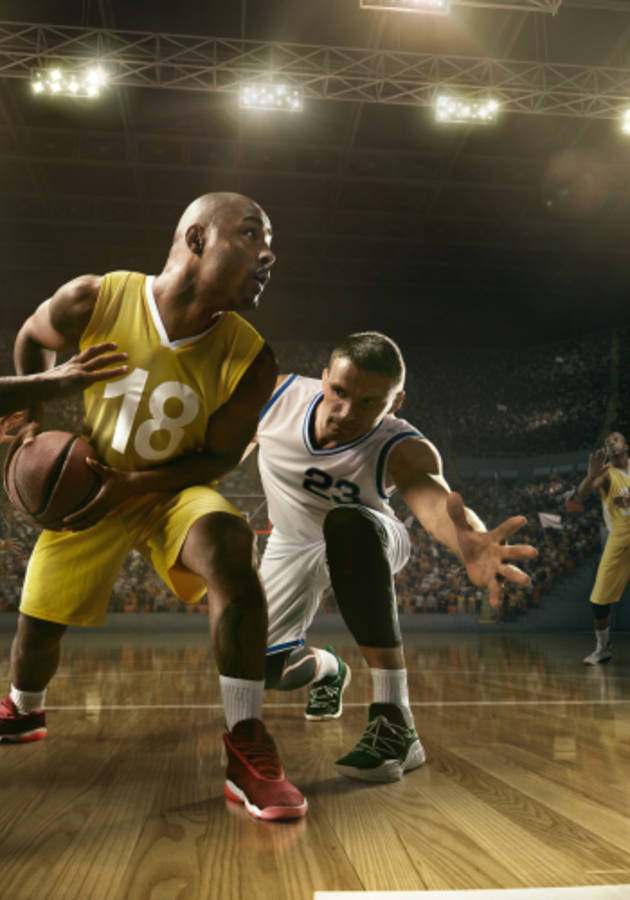 This microbook is a summary/original review based on the book: The Book of Basketball: The NBA According to the Sports Guy

Featuring everything from a brief history of the game to “what-if” scenarios of the “let’s say Len Bias hadn’t overdosed” type, from a once-and-for-all solution to the Russell vs. Wilt debate (“Russel, then Wilt”) to a “Most Valuable Chapter” that reconsiders the worthiness of historical MVP winners, The Book of Basketball by Bill Simmons – former editor-in-chief of ESPN’s Grantland and founder and CEO of The Ringer – can be loosely described as a dedicated and researched (but lighthearted nevertheless) attempt to evaluate “why certain players and teams mattered more than others.”

At 800 immensely entertaining but loosely structured and footnote-filled pages, it is not only the longest book Malcolm Gladwell has ever read since college (his words, from the Foreword), but it is also one that defies summarization. Because of this, to our deepest regret, we didn’t have a choice but to focus our attention on the central part of the book only: Simmons’ imagined reconstruction of the Basketball Hall of Fame. So, get ready to visit his well-crafted make-believe museum of basketball and climb up its five levels of merit all the way to the “Pantheon of the 12” – to find out which are the 96 best basketball players in history.

The Hall of Fame Pyramid

Bill Simmons loves basketball that much, so it isn’t surprising that in the sixth chapter of The Book of Basketball you can find a sentence like this: “I find myself tinkering with ways to improve my favorite sport all the time, constantly asking, ‘Why don’t they do that?’ or even better, ‘Why wouldn’t they do that?’” Far from being someone who wouldn’t put his money where his mouth is, Simmons follows this sentence with a long list of no less than thirty-three suggestions to improve the NBA – off the top of his head!

The suggestions range from those that would affect the basic rules of the game (“I wish we would dump double technicals”) to those that advocate for reformation of the NBA (“I wish the Finals would go back to the 2–2–1–1–1 format”), but most are obviously tongue-in-cheek and downright ridiculous (“I wish Allen Iverson would start a charity so he can hold a celebrity golf tournament”). Be that as it may, the last of his 33 wishes is, by Simmons’ own admission, the one he cares about most deeply: “I wish we could blow up the Basketball Hall of Fame and start over,” he writes almost unemotionally. This was, not incidentally, the original premise of “The Book of Basketball,” which explains why about half of the book deals with an imaginary reconstruction of the Basketball Hall of Fame. Though two thousand words consisting mostly of proper nouns can never do justice to four hundred highly enjoyable and extremely well-researched pages – allow us to treat you with a mini-replica of Simmons’ Hall of Fame, his “convoluted excuse to rank the best NBA players in reverse order from 96 to 1.”

Instead of Springfield (where no one seems to visit), Simmons’ fictional Basketball Hall of Fame is located in French Lick, Indiana, “the basketball capital of the world,” where “the most rabid basketball fans” live, where Larry Bird, “the Basketball Jesus,” grew up, where Bobby Knight coached, where “Hoosiers” was filmed. It also takes the shape of a five-level pyramid resembling the Luxor Casino in Las Vegas, allowing people to not only elect great players for the Hall of Fame but also to elect them to a particular level depending on their abilities. In addition to being inherently hierarchical, the pyramid structure should also let visitors experience the history of the game in a more natural manner: the best players might be at the top of the pyramid, but you can’t have the top without the foundation. And that’s where the journey should start.

The three-level basement of this new and improved Hall of Fame should have two functions: to bring the history of the game closer to the visitors while simultaneously recognizing the players who made the Hall of Fame possible in the first place. Because of this, in the basement you should find relevant memorabilia from seven NBA decades (such as old jerseys, basketballs,  sneakers, seats from the old Madison Square Garden, and the first 24-second shot clock); special sections devoted to the greatest games in history; as well as plaques to recognize five distinct groups of non-Pyramid players:

Now that we’re done with the basement, “the most historical floor on the building,” it’s time to move up and start climbing the levels of the Pyramid. The ground floor encompasses 35 “just-made-it Hall of Famers or better, either because of the David Thompson Factor (great career, not long enough), the Dan Issel Factor (very good for a long time, never great) or the Pete Maravich Factor (memorable career, never won anything).” Expectedly, this archetypal trio makes the final L1 cut as well, occupying, respectively, the 70th, 77th and 68th place. Below them, you’ll find such “could-have-beens” as Shawn Kemp (89), Arvydas Sabonis (86), and Tracy McGrady (75), and possibly the greatest role player of all time, Robert Horry (85).

Above them there’s just enough room to sneak in some of the greatest shooters in NBA history in Alex English (65), Ray Allen (63) and Reggie Miller (62). Perhaps unsurprisingly, the ground floor also includes seven-time rebounding champion Dennis Rodman (69), as well as, arguably, the greatest dunker of all time: the still-active Vince Carter (83).

The second floor of the Pyramid encompasses “no-doubt-about-it Hall of Famers” who might have even been Level 3 guys if they had achieved at least one of these five things:

The third floor is reserved for “no-doubt-about-it Hall of Famers who ranked among the best for a few years with every requisite resume statistic to match.” Another condition related to Level 3: no MVP winner can drop below it. In Simmons’ view, there are only twelve L3-worthy basketball players in all history, ranging from pioneers such as George Mikan at 36 (yup, he makes yet another appearance) via pound-for-pound the greatest basketball player in history, Allen Iverson at 29, to prolific unorthodox scorers such as Rick Barry at 26. Kevin McHale (35), Willis Reed (30), David Robinson (28), and assist-machine John Stockton (25) are here as well.

The L4 guys are basically L3 guys with an X factor that somehow made them inherently greater. This X factor differs from player to player, ranging from a transcendent game or a memorable moment through being in the mix for some all-time benchmarks to being a creditable consideration for a “best of all time” discussion. It is here that you’ll find Scottie Pippen, the Robin to Jordan’s Batman (24), as well as Jordan’s early-career Joker, Isiah Thomas (23), and his worthiest descendants: LeBron (20) and Kobe (15).

While we’re here – and before you start shouting at your phone – an important notice: The Book of Basketball was published in 2009 and updated the next year, when Kobe, for example, was demoted from the Pantheon to the fourth floor. In case you care about our opinion, we honestly believe that in the upcoming “Book of Basketball 2.0,” LeBron will inevitably be promoted in the opposite direction. There, we said it.

This is it: we’re at the top of the Hall of Fame Pyramid – both literally and figuratively. Meaning: these 12 are the greatest players of all-time, the best of the best in history. Half of the apostles of Simmons’ Pantheon are centers – but three of them take the last three places: Moses (12), Shaq (11), and Hakeem (10). You already know that Bill Russell (2) is going to be ahead of Wilt (6), but, in case you had doubts, he is also ahead of Kareem (3) as well. The eternal Larry vs. Magic debate is resolved only for the sake of the list: Bird ranks 5th and Magic 4th. The Big O (9), the Logo (8), and (to our great pleasure) the Big Fundamental (7) fill the rest of the places. As for the top spot, let’s face it: you knew from the start who’s going to be there. So, it’s time we stopped pretending it’s a surprise and just blurt out the two letters you’ve been waiting to hear. It’s MJ, of course – it was always going to be MJ.

Even though unabashedly sexist and even abhorrently misogynist at times (let’s just say that the suggestion that WNBA scores should run with pink lettering isn’t nearly the worst comment of its kind in the book), The Book of Basketball is one of the funniest, most compelling and least ignorable sports books ever written.

True, since it deals with classifications, parts of it are outdated even a decade after its publication; but, then again, other parts will probably never date. Curiously enough, The Book of Basketball is worth the read (and reread) for both. And we’re eagerly waiting for the sequel.

Due to the difficulty of comparing players from different eras, some sports debates will never be resolved. But that’s not why we have them, is it? In fact, one could argue that precisely because they are endless – they are so enjoyable. Never stop having them: oftentimes they make life a lot more bearable experience.

William Simmons is an American sports analyst, author, podcaster, and former sportswriter. He first gained popularity with his website as “The Boston Sports G... (Read more)