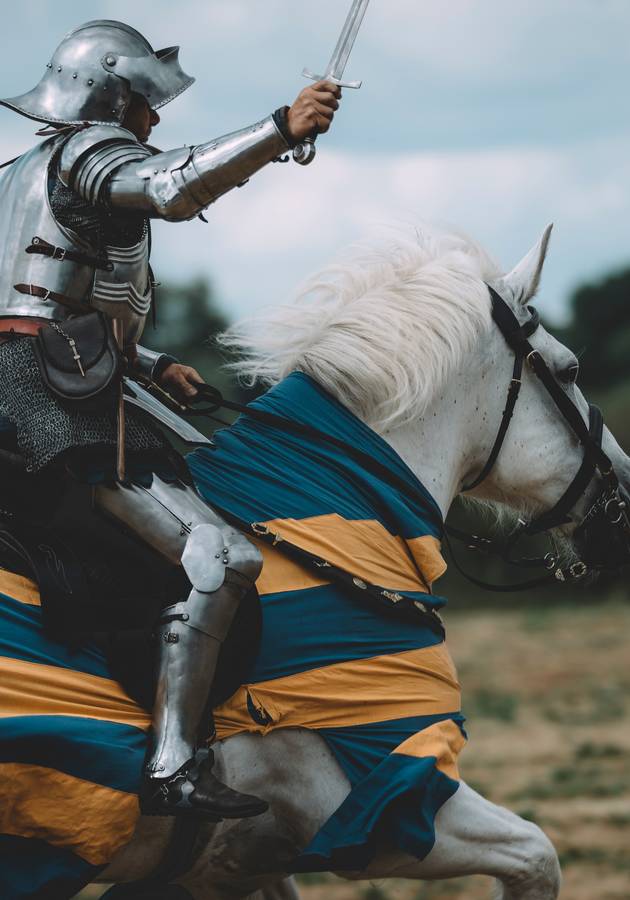 This microbook is a summary/original review based on the book: The Art Of War

We all have our battles to fight - and regardless of whether these are large, small, professional, or personal, we want to win. The good news is that the ancient Chinese manuscript “The Art of War” still retains much of its relevance today.

Although it was originally intended to be a guide for military expeditions, it can be applied to a variety of contexts in modern society, including corporate environments or even your own home.

So, get ready to discover how to artfully fight (and win!) your battles.

The art of war is quintessential to the state and often a matter of life and death. Therefore, the preparation for war is one of the most important steps to victory. To gain an advantage, you need to compare your own army to that of your enemy. To do so, take external factors into consideration, such as the weather, the terrain, and the distance to be covered. Compare the size of your armies, and the military disciplines of each. If your strengths are evenly matched, a battle is advisable. If you are of inferior strength, you should refrain from starting a war.

Those who calculate and prepare for war will be victorious - but if the circumstances change, so should your plans.

Aside from being well prepared for battle, it is also important that you do not underestimate your status as the leader of an army. Leading an army comes with great responsibility, and Tzu describes such a leader as “the arbiter of the people's fate, the man on whom it depends whether the nation shall be in peace or in peril.”

If you want to call victory yours, keep these five prerequisites in mind:

If you know yourself as well as your enemy, victory will be yours. If you only know yourself, you will win as many battles as you will lose.

Always try to avoid a fight, if possible, “To fight and conquer in all your battles is not supreme excellence; supreme excellence consists in breaking the enemy's resistance without fighting,” says Tzu. Some of the greatest victories of modern times were achieved with little bloodshed, such as Helmuth von Moltke’s greatest triumph, the capitulation of the French army in the Battle of Sedan in 1870.

When waging war, be mindful of your resources, both your provisions and your soldiers. Tzu says war is expensive, describing a daily expenditure of 1,000  ounces of silver and 700,000 affected families. So only engage in battle when you are sure of victory! Bring supplies from home but also forage on the enemy’s land. Seek to capture your enemy’s land or army intact rather than destroying it.

The size of your army does not make a difference in terms of how to manage it. If you are in command of a large army, simply divide it up into smaller armies. Use signs and signals to communicate with your men.

Treat your troops as if they were your own children. This will mean they will follow you without question. Don’t, however, be overindulgent, as your soldiers need to respect your authority. Observe your troops as well as your enemy’s: no matter how weak your enemy’s troops are, you cannot win if your own men are in no condition to fight. On the other hand, if your men are in good form, “The energy developed by good fighting men is as the momentum of a round stone rolled down a mountain thousands of feet in height,” says Tzu. The stronger your army, the stronger the attack.

Always fight an enemy on your own terms. Remember: know your enemy and know yourself. Seek to impose an advantage by knowing your enemy’s weaknesses and attacking suddenly and where it is least expected. If your enemy has secured all his front lines, be prepared for his attack. Try to disperse his forces if they are united and isolate him from his allies. Always anticipate your enemy’s plans and attack first.

If your forces outnumber your enemy’s 10 to one, surround your enemy. If they are five to one, attack. If your army is twice the size of that of your enemy, divide your troops into two. Do not besiege walled cities if it can be avoided.

Observe your enemy, so you know when to attack: “When there is much running about and the soldiers fall into rank, it means that the critical moment has come. When some are seen advancing and some retreating, it is a lure,” Tzu says. A sure sign of attack are increased preparations on behalf of your enemy and quiet words spoken among your enemy’s soldiers. On the contrary, when it seems that your enemy is preparing to attack, this is a sign that he will retreat.

You can often tell the state of your enemy’s soldiers from their behaviors. If they cannot keep on their feet and stand only with the help of their spears, this means they are hungry. If soldiers who are sent to get water start by drinking it first, it means that your enemy’s army is thirsty.

Make sure your defense is impenetrable, even where you least expect an attack. Your enemy will use any weak points to his advantage. If you do not wish to fight, bluff. Chu-ko Liang, for example, when occupying Yangping and facing attack by the enemy, opened the city doors wide to reveal only a few men sweeping the ground. His enemy, suspecting an ambush, actually withdrew his army as a result.

Conceal your plans - even from your own troops - so as to be invincible. Be unpredictable.

Since war is expensive, it would be unfair to lead men into battle without having done everything in your power to know your enemy. Therefore, the use of spies is recommended. Spies should be employed to gather information about the enemy.

You should always seek to have the most intimate relationship with your spies - your success depends on their information. In order to handle spies successfully, you need the following character traits: benevolence, straightforwardness, ingenuity of mind and subtleness. Have a sound judgement of character, so that you can tell the truth apart from lies.

If a spy discloses secrets to anyone else but you, both he and the man who knows the secret will have to be put to death. Tu Mu, a Chinese poet, observes on this, “Just as water, which carries a boat from bank to bank, may also be the means of sinking it, so reliance on spies, while production of great results, is oft-times the cause of utter destruction.”

“All warfare is based on deception,” says Tzu, so never let your enemy know what your plans are. Your enemy should assume that your position is the exact opposite of what it actually is. Mislead him to think that you are unable to attack when in reality, you are. Make him believe that you are far away, when you are actually near - and that when you are near, you are actually far away.

Play on your enemy’s weaknesses. Irritate him if he is choleric, and if he is at ease, never cease in your attacks so he may not rest. Finally, pretend to be weak so that he will grow arrogant and careless - you can then attack him once he has relaxed his defenses.

Always be one step ahead of your enemy. If you arrive on the battlefield first, your troops will be well-rested and the enemy will be easier to defeat.

Never engage an army when they are returning home. Their wish to be with their families will be so strong that they will fight you to the death. In general, avoid cornering an enemy so as not to instill despair. Desperate soldiers are fierce and invincible fighters.

For successful warfare, you do not only need to know yourself and your enemy, it is also important to know the terrain you are fighting on. Always be alert.

When making camp, ensure you have an adequate supply of water for your soldiers and grass for your animals, and that you have a command of the surrounding area. Never attack an enemy who is on higher ground than you. Always try to get into a position where you can safely observe your enemy and have the advantage in a fight.

If you are traversing through dangerous territory, such as quagmires or thickets, always pass through those quickly. Observe the wildlife. If the animals seem disturbed - a flock of birds suddenly flies up, for example - this means your enemy has planned an ambush.

You can tell the position of your enemy from his behavior. If he is close at hand, but quiet, his army is most likely situated in a strong position. If he tries to provoke a fight, this probably means that you are in the stronger position and he wants you to lose out on your advantage. If you can easily access his camp, this is most likely a trap.

There are nine different kinds of terrain where you can meet the enemy. Here are the dos and don’ts for each:

Know yourself, know your enemy, and know the terrain you’re fighting on. Although more than 2,500 years old - and after having been revisited, translated and reviewed many times - many of Sun Tzu’s observations on warfare still retain their relevance today. His 13 chapters on the art of war are a fount of wisdom, which can be applied to all areas of life. “The Art of War” has been described as a philosophical work, as much as a work on military tactics. So, let yourself be charmed by this timeless classic.

Apply some of the warfare techniques to your personal battles and see  if they help bring you victory. Choose your battles wisely!

Sun Tzu was born in 544 BC and was a Chinese general, strategist and philosopher. Best known for his work The Art of War, which is composed of 13 chapters of military strategies. Sun Tzu, can also be spelled as Sunzi. Tzu is a title that means "Master." Traditionally, Sun Tzu has lived in China's Spring and Autumn Period (722 BC - 481 BC) as a general of King Hu Lu. One of Shiji's best-known stories about Sun Tzu describes his temperament as follows: before hiring Sun Tzu, the king of Wu tested his abilities by ordering him to train a harem of 180 concubines to become soldiers. Sun Tzu divided them into two companies, choosing to command them the king's two favorite concubines. When Sun Tzu ordered them to face each other on the floor, they laughed. As a reaction, Sun Tzu said that the... (Read more)