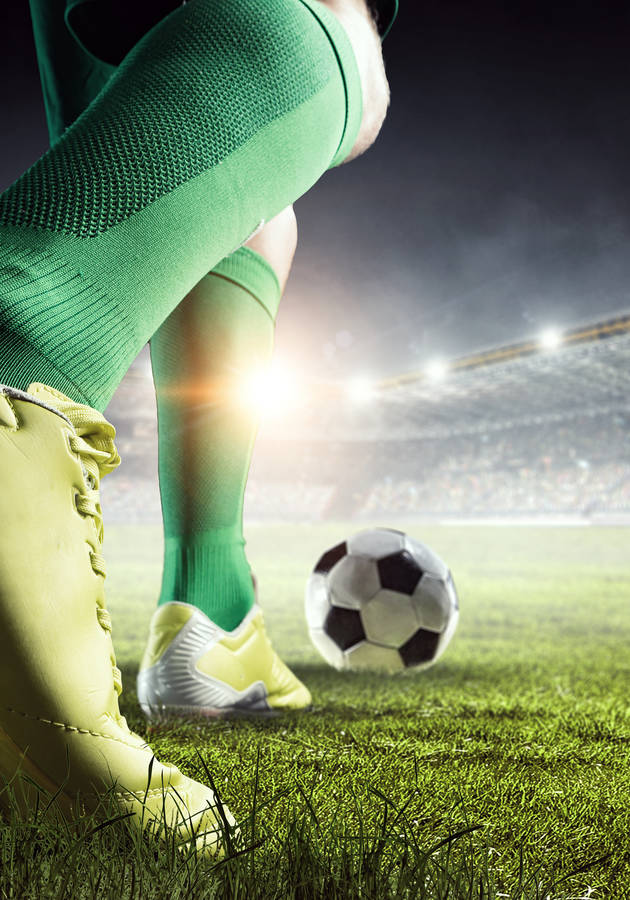 This microbook is a summary/original review based on the book: The Art of Mental Training: A Guide to Performance Excellence

A student of the world-renowned sports and peak performance authority P.C. Siegel, DC Gonzalez is a former federal agent, aviator in the Navy, and military cyber-security specialist – in addition to being a Brazilian jiu-jitsu black belt and a peak performance coach.

So, in other words, he has both the theoretical knowledge and all the experience necessary to turn you into the warrior or champion you’ve always dreamt of becoming. In his first book, “The Art of Mental Training,” he attempts to achieve this via 25 story-based chapters, enclosed within a Karate Kid-inspired frame tale – that of DC “Daniel-san” Gonzalez becoming the mental warrior that he is today with the help of his endlessly wise teacher named Leo-tai.

So, get ready to master the mental discipline necessary to change your old habits and maximize your potential, and learn how to stir up the warrior or champion sleeping deep inside your heart!

As a long-time mental-edge trainer for university athletics, it was easy for Gonzalez to notice which athletes wanted the mental training and which athletes just didn’t care. Jeremy was one of the latter: a freshman, he was only interested in the physical aspects of the sport he practiced – wrestling.

One day, however, after being drawn to the top-seeded wrestler in the tournament – “a seasoned senior accustomed to annihilating opponents with comparative ease” – he rushed over to Gonzalez and started begging for a quick session of mental training. The pressure had gotten the best of him: he had practically lost the match even before it had begun.

Gonzalez had no more than three minutes to teach him the basics. Strangely enough, that really turned things around: Jeremy didn’t win the fight, but he lost only by a point, taking the top-seeded wrestler to the distance. “What he did is not difficult,” writes Gonzalez, “no magic, no hypnosis, no smoke or mirrors. I simply guided him through a process with three simple instructions. I gave him one minute to deal with each instruction, before giving him the next one. In that short time, he was able to change his state completely.”

The overarching lesson? It’s all in the head. After all, in the three minutes before the fight, Jeremy didn’t hear one thing related to wrestling per se; and, yet, in this short time, he somehow evolved from being an already beaten fighter to one capable of challenging the best one in his division! “No matter what your game is,” Gonzalez concludes, “or what the challenge is, the difference between great performances and average performances is mostly mental. Once you reach a certain level of skill, it’s your mental skills that start making all the difference. The better they are, the better you become – and the better your results will be.”

If you watch soccer, you have probably already heard the name “Pelé.” Widely regarded as one of the best footballers in history, Pelé averaged almost a goal per game throughout his career and led Brazil national team to three World Cup titles. Of course, he had an exceptional talent, but so did many of the players he played against, such as Franz Beckenbauer, Ferenc Puskás, Bobby Moore. And yet, these three – and many more – deemed Pelé nothing short of a god.

So, what made him different than the rest? That’s the question that bothered Gonzalez for years after watching Pelé playing on one warm summer night at the Tampa Stadium. And then, the author came across a story about the player in the writings of the great Gary Mack, a noted sports mental trainer. In the interview, Pelé shared with Mack what he considered to be the two keys to winning – enthusiasm and a mental edge.

First of all, to quote a teammate, Pelé was “always smiling and upbeat. You never see him bad-tempered.” He played with a real enthusiasm for football and seemed like a guy who’d get up, grab the ball and play a bit even if woken from a deep sleep at 3 a.m. But enthusiasm is not enough. There was more to Pelé’s game. And that “more” can be summed up in three words: mental highlight tapes.

You see, Pelé had a routine. Before every game he played, he would go into the locker room about an hour early, reserve a private corner there and lie down using a towel to cover his eyes. And then, he would start playing a film in his mind’s eye. Sepia-colored, this was a film about his beginnings, on the sandy beaches of Brazil, the feelings of sheer joy in his heart every time he’d touch the ball. It was also a film about his greatest moments: the dribbles, the assists, the goals. Finally, it was a film about what was going to occur during the game that followed.

“He imagined everything before it ever happened,” writes Gonzalez, “the crowd, the atmosphere, the field, his own team, his opponents, he saw himself playing irresistibly like a champion – as a force that could not be stopped. But most important… was to remember that it was not just about vision and imagery, but also about feeling the emotions associated with success. He pointed out that he vividly imagined how good it all felt.”

Enthusiasm and mental edge: these two had already prepared Pelé for greatness long before the physical stretching. You may call it arrogance, but it is not – it is confidence. And there is a big difference. Confidence is one of the keys to performing well; arrogance – the opposite. “One must consistently practice mental skills and pre-game routines in order to tap one’s full potential,” concludes Gonzalez.

What Pelé intuitively discovered is something mental trainers know for a fact: visualizing the future creatively prepares your mind and your body for precisely that kind of a future. From thereon, the equation is pretty straightforward: negative visualizations bring about negative results; positive visualizations result in glory.

“Interrupt negative self-talk and images the moment they arise, shut them down on the spot,” advises Gonzalez. “Replace them with positive self-talk and positive images. Concentrate on showing your brain exactly what it is that you want to achieve: never dwell on what you do not want to happen.” But that is merely the last element of “The Critical Three” – the fundamental tools in the mental toolbox of any warrior or champion. Let’s have a look at all three in order.

The first of these Critical Three is something you constantly do, but also something you must properly do if you want to prepare for greatness: breathing. Of course, we’re not talking about just any kind of breathing: we’re talking about focused breathing, aka the technique most often associated with meditation.

It is important to let the air out through “a relaxed and slightly opened mouth while keeping the tip of the tongue pressed lightly against the ridge behind the front teeth, with the tongue touching the roof of the mouth.”

It is just as important to not think about anything during the process. Just observe your breathing and pay no attention to anything else. That’s the only way to relax… Which brings us to the second tool of the Critical Three set.

What does deep relaxation entail? Well, more or less, what Pelé was doing. First, it means moving to a quiet place where you can’t be disturbed. So, phones off. Then, lie on your back with your feet slightly apart and your arms slightly extended from your band. Make sure you’re at ease: the place shouldn’t be too cold or too hot, your clothes shouldn’t be tight or uncomfortable.

Now, fix your eyes on a point above you on the ceiling, and take three long, deep breaths through your nose. Feel the wave of relaxation overwhelming you as you exhale them. Once you exhale the third one, start imagining your eyelids getting heavier. Do so for the length of the next ten breaths, while mentally repeating the word “deeper.”

At this moment, it’s time you started relaxing your muscles, starting with your toes and moving upward. Focus on relaxing each of them. Visualize each muscle loosening, and feel the wave of relaxation moving through your body. Allow yourself to be relaxed.

Don’t rush it, don’t think about it, and don’t force anything. And don’t worry if you fall asleep. In case that happens, imagine a staircase with five steps going up, which you slowly climb up. Tell yourself that you’ll feel “more refreshed, more alert, and more aware” with each step you take. When you reach the last one, you’ll wake – rejuvenated and ready to take on the day.

However, once again, don’t rush things: allow yourself to be relaxed for about 20 minutes – even a little more than that.

Now, in the state of deep relaxation, you’ve opened “a direct channel to your subconscious mind,” and you’re ready to “feed it images and feelings of success.” In other words, you’re ready to write, star in, direct, and edit your “movie,” the one that describes how you’ve accomplished what you have so far and previews how you’ll accomplish even greater things very soon.

Just 20 minutes of deep relaxation is enough to prepare you for the final step of your journey to mental preparedness: Imagineering. This process must happen in the deepest parts of your brain because only then it can actually affect motivation and volition.

Yes, that’s what Gonzalez is saying: “Fake it until you make it.” Believe it or not, that’s not bad advice when it comes to mental preparedness in sports.

Of course, the mental warrior doesn’t stop here: one not only learns about focused breathing, relaxation, and imagery but sets off to actually use them as well. Because the warrior has discovered, long ago, that there are no shortcuts to success – one must practice in order to become, and tapping one’s full potential is nothing more but the inevitable product of consistent practice.

And if you want to become a champion, you must never forget that – as well as these following few pieces of advice:

Finally, never forget that the difference between champions and failures is not talent – but self-discipline. Successful people know that it doesn’t matter whether they enjoy doing the things that have to be done – they just do them.

Shoddily written and infused with pseudomystical energy via an all but unnecessary frame story, “The Art of Mental Training” is repetitive and abounds with platitudes and clichés.

Even so, something tells us that there are quite a few teenage athletes out there who might find some words of inspiration – if not even wisdom – in them. Hopefully, they will stir them to achieve greatness in the future.

After a certain point, it’s not your skills that need to be developed – but your mental competence to use them. Start developing it by first figuring out what your dream is – then, visualize yourself achieving it before every training.

More books on Sports and Psychology