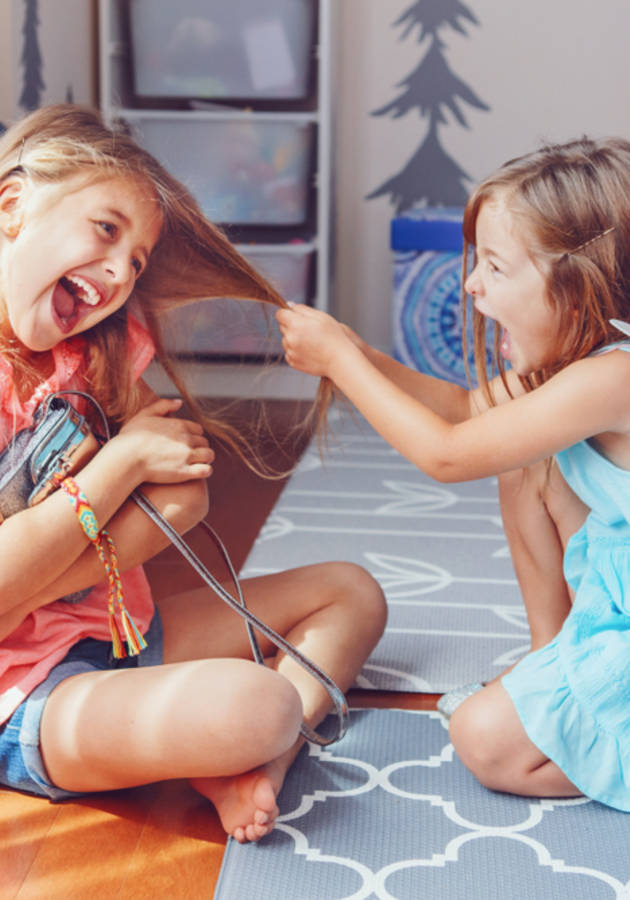 This microbook is a summary/original review based on the book: Siblings Without Rivalry: How to Help Your Children Live Together So You Can Live Too

As difficult as it might be to raise one child into a healthy, smart and independent adult, it seems to be even more difficult to achieve that when another child comes along the way — and sometimes, even another, and another, and another ... How can you, as a parent, find ways to reassure each of your children that they are safe, special and beloved? How do you manage your time so that you can allocate it properly among your children? How can you be sure that you’ve never neglected the needs of any of your kids, while simultaneously appropriately tending to the needs of the more needful among them?

While Adele Faber and Elaine Mazlish were writing their extremely successful 1980 “parenting bible,” “How to Talk So Kids Will Listen & Listen So Kids Will Talk,” they realized that to address questions such as those above and do proper justice to the problem of raising siblings, they’d have to give it a book of its own. And that’s how “Siblings Without Rivalry” was born — their best-selling “guide to reducing hostility and generating goodwill between siblings.” As we’ve done with so many other books, we read it, reread it, and summed it up in about 2,000 words, so that you can be richer for its wisdom in a little over ten minutes. Help yourself.

Not till the bad feelings come out …

Though it might be difficult sometimes to understand why siblings have such hateful feelings toward each other, a simple thought experiment should help you put yourself in their shoes. Imagine, for example, that your spouse comes back one day from a work trip and tells you something along the lines of, “Honey, I love you so much that I’ve decided to have another partner just like you!” How would that make you feel? After all, if you’re so perfect, you should be enough. If you’re not enough, well, then there must be something wrong with you.

This is, basically, how all firstborns instinctively feel soon after the arrival of their sibling. It is your job as a parent to alleviate their fears and doubts — not by dismissing them as irrational right off the bat, but by acknowledging them wholeheartedly with words that properly identify them, and creative activities that transform them into symbolic outlets.

How to avoid the perils of comparison

“Children often experience praise of a brother or a sister as a put down of themselves,” write Faber and Mazlish. “It’s a good idea to save our enthusiastic comments for the ear of the deserving child.” In other words, by making comparisons (even when favorable), we are not helping at all. On the contrary, we merely contribute to the already-existing rivalry between the siblings. Use descriptions instead — of the feelings when the comparison is favorable, and of the problem when it is not.

Why equal is less for siblings

Marx’s somewhat infamous slogan "from each according to his ability, to each according to his needs" might have failed as a just-too-utopian political creed, but it encapsulates a quite-useful and even recommendable parenting strategy to deal with siblings. To love them equally is not only impossible in practice, but also quite wrong: in the case of siblings, loving them equally will always mean loving them less than they deserve. Because even if you resist the urge to make comparisons, they never will.

Children don’t want to be treated equally. They want to be — and should be — treated uniquely. So, try to focus on each of your children’s individual needs, and always allocate your time appropriately. Sometimes, this might mean spending more time with one of the siblings, but that is something you shouldn’t worry about. Needs are temporary, and some are more immediate than others. “By valuing and being partial to each child’s individuality,” write Faber and Mazlish, “we make sure that each of our children feels like a number one child.”

Do not lock your children into roles

Since humans are multidimensional beings, it is our duty as parents to prepare our children for a life of many roles. Unfortunately, most of the time, we do the opposite, demarcating their existence within the known limits of a given role. As true as they might sound, phrases such as, “Look how much he loves numbers! He’s going to be a mathematician,” “She’s a born leader,” or “He’s too wild and spontaneous to be satisfied with an office job” — even when uttered casually and innocuously — set some kind of expectations for your children and implicitly direct their development. It’s not only important for you to never become the one to lock your child into a role, but it is also vital to try to prevent anyone (your relatives, your friends, your children’s siblings) from doing precisely that. Here are some strategies to use in the most common situations:

How to handle the fights and the difficult conflicts

As anyone with more than one child at home knows, siblings tend to fight — often. To handle normal bickering, just ignore it by telling yourself that your children are doing an exercise in conflict resolution. To handle something a bit more serious, follow these five steps:

Even though it is not as all-encompassing and as thorough as Faber and Mazlish’s first collaboration — and even though it might sometimes feel familiar to dedicated practitioners of the guidelines laid out in “How to Talk So Kids Will Listen & Listen So Kids Will Talk” — “Siblings Without Rivalry” steadfastly follows the outline of the writing duo’s award-winning debut and lives up to the expectations set in the title.

Once again overflowing with anecdotes and comics, checklists and a wealth of practical advice, “Siblings Without Rivalry” is still the book most parents turn to when in need of help with their children, more than three decades after it was first published.

And that should tell you something, shouldn’t it?

Never tell your children that you love them equally, regardless of how true that sentence is — they will never believe you. Instead, tell them they are special to you and list all the unique reasons why you love them.