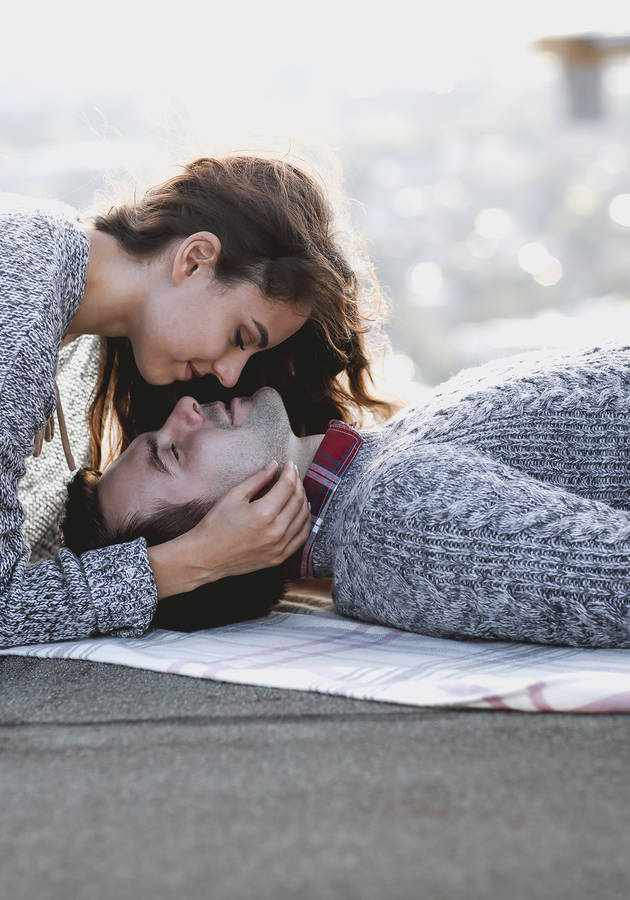 This microbook is a summary/original review based on the book: She Comes First: The Thinking Man's Guide to Pleasuring a Woman

According to noted psychotherapist and sex counselor Ian Kerner, men are “ill-cliterate,” and, as a result, most heterosexual women live less than satisfactory sexual lives. “She Comes First” is for those who are willing to learn the language of female desire and the anatomy of arousal. If you are part of this group, get ready to uncover the mysteries of the clitoris and learn why you should turn foreplay into “coreplay”!

“All orgasms are clitoral”

If you’ve ever read anything about female sexuality, you are probably already familiar with the mythical G-spot and the related debate of vaginal vs. clitoral orgasm. You might have also already heard a little something about the so-called blended orgasm, which, despite the unimaginative name, is theorized to be the most powerful orgasm of them all, the holy grail of female orgasms, if you will. How could it not be? After all, the blended orgasm supposedly encompasses the other two (hence the name) as it only occurs when you experience a vaginal and clitoral orgasm at the same time.

However, none of this finds support in modern science. As Kerner writes, “a quick study of anatomy reveals that all orgasms are clitoral. The clitoris is the sexual epicenter, an orgasmic powerhouse in which no sensation goes unnoticed.” The fabled G-spot? Probably nothing more than the back end of the clitoris. Vaginal orgasm? Almost certainly a myth.

All those moans of pleasure accompanying penetration are not delivered by “the sheer power and reach of men’s formidable thrusts [but] by pressure on the parts of the clitoris that surround the vaginal opening” – a phenomenon named the “clitoral cuff” by author Rebecca Chalker. So, in other words, there are no orgasms to blend for a blended orgasm to be conjectured at all: female pleasure is all about the clitoris.

Dear Freud, just a quick note to say you were unfair and wrong

Unfortunately for women – as James Brown sang once – “It’s a Man’s Man’s Man’s World.” Translated into the language of sex, this means that despite women being biologically modeled to derive more pleasure than men from their bodies, it is the men who enjoy bodily encounters the most. The reason is simple: up until recently, they were the ones who wrote all the books about sex and pleasure.

We now know that he – just like most men before him – was way off the mark: the age-old conception of human sexuality centering on the penetrative, reproductive model favors men. Because while they get almost all the pleasure from penetration, women can do better off without it. Penetration, in fact, rarely leads to female orgasm, but never for the reasons you might suspect. When it comes to female satisfaction – to paraphrase Edward Bulwer-Lytton – the tongue is mightier than the sword.

What vaginal agenesis and clitoridectomy tell us about female pleasure

Before you say anything – no, the heading is not some modern feminist conspiracy against men or the foundations of Western societies. It is basic science. And here’s how we know that it’s far more factual than Freud.

About one woman in five thousand suffers from an unusual congenital disorder called vaginal agenesis or vaginal atresia. It is a condition in which the vagina is abnormally closed or absent. Put simply, despite normal development of external genitals – including major and minor labia – these women are literally born without a vagina. Consequently, they are usually unable to become pregnant – at least not without some medical help. Even so, they can experience sexual pleasure and orgasm – because they still have a fully functional clitoris.

Unfortunately, this is far more difficult for all those women subjected to the act of female circumcision, i.e., clitoridectomy. Although they knew much less about biology than Freud, the sadistic inventors of this inhuman procedure seem to have understood intuitively much better than the Austrian psychologist the anatomy of female pleasure. In fact, clitoridectomy is still practiced in some cultures today with the same intention as always: minimizing sexual desire and preserving virginity in women.

A quick guide to the anatomy of the clitoris

The reason why even women who have undergone clitoridectomy can still experience orgasm is that, contrary to popular wisdom, the clitoris is not “a tiny love button,” but “a sophisticated network of arousal that has more hot spots than a latent volcano.”

More precisely, it has about 8,000 nerve fibers – twice as many as the penis – which can potentially interact with over 15,000 nerve fibers that service the entire pelvic area. The purpose? Pleasure. The clitoris is the only body part with no known utilitarian function and is, therefore – in the words of Masters and Johnson – “a unique organ in the total of humanity.”

The clitoris has over 18 parts, both visible and hidden, that participate in the production of pleasure. Kerner – via Rebecca Chalker’s “The Clitoral Truth” – offers an abridged version of the list. Here it is – in his very words:

Since self-sacrifice is probably the wrong choice of word above, “The Cunnilinguist Manifesto” comes with these three assurances for all those men who ask, “and what about me?”

The three acts of a cathartic sexual drama

We just described the three stages of female arousal. Kerner’s book offers detailed instructions for each of them – here’s a précis that, admittedly, does no justice to his meticulousness and step-by-step thoroughness:

So, if you are a thinking, heterosexual man (or even a thinking, homosexual woman), “She Comes First” is a must-read. She knows it – and will thank you.

When it comes to clitoral stimulation, the tongue is mightier than the sword. And when it comes to orgasm – the clitoris is all. You do the rest of the math.

Ian Kerner is an American psychotherapist, bestselling author, and sex counselor. He specializes in couples’ therapy and sex therapy, frequently lecturing on these topics. A regular guest on popular T... (Read more)