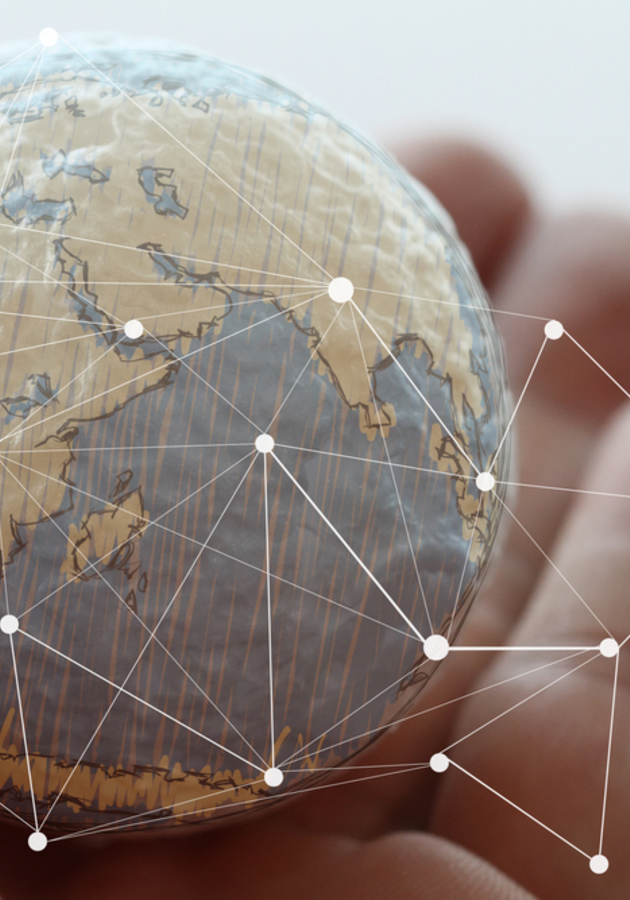 This microbook is a summary/original review based on the book: Seven Days That Divide The World: The Beginnings According To Genesis and Science

Whether you are religious or not, you probably know that, according to the Bible, God created the world in seven days. However, science has proven that the Earth is several billion years old, a claim that cannot be substantiated by seven 24-hour days of creation. Lennox argues  it is possible to uphold a belief in the Bible and yet accede to the ancient-Earth theory. So, get ready to learn more about the controversy between religion and science!

The age of the Earth

Lennox is a scientist who believes in the Bible. This might seem like a controversial stance, especially given the beginning of the Bible, the book of Genesis. In Genesis, it is stated that God created the world in seven days. This creates a major conflict with science on the age of the Earth. While according to the Bible, taking the seven days of creation to mean 24 hour-days, the Earth would be around 6000 years old, but the scientific estimate lies at four billion years.

The age of the Earth debate is not the first time the Bible has come into conflict with accepted scientific beliefs—another good example was Copernicus’ suggestion of a moving Earth in the 16th century.

Up to that point, it had been believed that the Earth was fixed at one point in the Universe, a theory seemingly confirmed by the Bible as well, such as in 1 Sam 2:8: “For the pillars of the Earth are the Lord’s, and on them he has set the world.” Eventually though, theology came to accept what science could prove: that the Earth is in constant movement, not only rotating about its own axis but also around the Sun. How did this happen?

Above all else, it is important to remember that the Bible is literature and when approaching literature, the reader always has to ask oneself how the author wished for his work to be understood. Lennox believes it is essential to be guided in interpretations of the Bible by one’s natural understanding of the text.

Take the word “Earth” as an example of how even a literal reading can produce different meanings. In Genesis, it is used in different verses to either mean the planet, or the dry land as opposed to the sea. A literal reading also does not always work, because language is sometimes used metaphorically, as in, “The car is flying down the road.” The car is not actually flying, instead, this is supposed to mean that the car is moving very fast.

To complicate matters even further, sometimes a sentence can have both a literal and a metaphorical meaning, as in the ascension of Christ. This refers to his literal, physical upward movement to heaven, but also his metaphorical ascension to God’s throne.

These possibilities of reading a text in different ways is how theology came to accept the moving Earth theory. The Bible never literally states that the Earth is fixed in place rather, it does so metaphorically. The Earth is stable in its orbit, and this idea is expressed in the Bible when the Earth’s stability is emphasized through metaphors. Lennox writes: “Even though our interpretation relies on scientific knowledge, it does not compromise the authority of Scripture. And this is the important point. Scripture has the primary authority. Experience and science have helped decide between the possible interpretations that Scripture allows.”

The Bible and science

It is often believed that science and religion are entirely opposite entities, so-called nonoverlapping magisteria (NOMA). Lennox believes it is impossible to keep the two separate, simply because both deal with similar topics. He also does not subscribe to the view that science deals with truth and religion with fantasy. Rather, he says, “I am a scientist who believes Scripture to be the Word of God. I am not shy, therefore, of drawing scientific implications from it, where warranted.”

In fact, he believes that God started science by encouraging man to name all animals—according to Lennox, naming things is the very foundation of science. Indeed, he believes God intended the Bible to be read as a scientific explanation of the world, even though it is not written in scientific language. Lennox argues that is because God wanted his message to be accessible to all. Had he decided for the Bible to be written in the language of 22nd century-science, no one, not even today, would understand what it means.

So, if the Bible indeed is scientific, how can we reconcile the controversy around the age of the Earth? Generally speaking, the Genesis days-controversy is split into several camps. One camp is the young-Earth creationists who believe Genesis refers to actual 24-hour days. The other camp is the ancient-Earth creationists who believe that the days in Genesis refer to time periods, and therefore, the Earth is older than 6000 years.

Others believe the days are not chronological, but in a logical order. Philo, an influential Jewish writer, lived around the same time as Christ. He wrote: “The world was made in six days, not because the Creator stood in need of a length of time (for it is natural that God should do everything at once, not merely by uttering a command, but by even thinking of it); but because the things created required arrangement.”

Clement of Alexandria (AD 150-215) was similarly convinced that the days meant the priority of created things, rather than the time of their creation. Lennox believes there is a further way of interpreting the seven days-narrative.

The seven days of creation

First of all, when reading the Bible literally, it quickly becomes evident that the beginning of the world, the initial creation, actually happened some time before day one. In the original  text of the Bible, Genesis 1:1 is written in perfect tense, and the narrative tense begins in 1:3. It is also suggestive that from the third verse onward, each “day” follows a similar pattern. It begins with, “And God said,” and ends with, “And there was evening and there was morning, nth day.”

Furthermore, Genesis assigns no articles to the first five days of creation but gives the last two days definite articles. Therefore, the last two days of creation must be special. On the sixth day, man is created, and the seventh day is God’s day of rest. Lennox suggests that this might indicate another possible reading: that each day of creation was, indeed, a 24-hour-day, but that the period between those days may have been long periods of time.

Lennox explains that each new day is characterized by a creative fiat in which God creates something new through his word, and that each of these stages saw God injecting new levels of complexity into the universe. The outworking of each creative fiat might well take a longer time period. Lennox believes the fact that geologists have found fossils revealing sudden new levels of complexity is proof of his theory.

Whichever way one interprets the “days” in Genesis, there always seems to be a problem with the fourth day of creation. Although the Bible claims that light and darkness were created on the first day of creation, the Sun was only created on the fourth day. Some have interpreted this to mean that on the fourth day, a cloud cover lifted to reveal the Sun heretofore hidden, but the author suggests that the discrepancy can be explained through a natural reading of the text.

“Made” in Genesis 1:16 does not necessarily refer to “creating” but could just as well mean “working on something that is already there” or “appointed” which would mean that the Sun might has been there all along and was assigned its proper position by God on the fourth day of creation.

The creation of humans

So, science and a reading of the Bible can actually concur on the age of the Earth. But Genesis obviously deals with a lot more than how old our world is. It also explains how everything in the world was created, including humans. This is another major controversy of science and religion since the Bible’s version is irreconcilable with evolutionary theory. Lennox, too, believes that the two are incompatible and suggests abandoning evolutionary theory altogether in favor of creationism.

He writes, “Moreover, in saying that God made man of the dust of the ground, Genesis seems to be going out of its way to imply a direct special creation act, rather than suggesting that humans arose, either by natural processes or by God’s special activity, out of preexisting hominids or, indeed, Neolithic farmers.” Furthermore, the Bible states that all living creatures come from the Earth, which, according to Lennox, means that we are all made up of a similar chemical structure, a statement proven by science.

Lennox concludes that you can still believe in an ancient Earth without having to believe in evolution, saying that, “The cosmological evidence is completely independent of biology, and it is therefore perfectly possible to accept that cosmological evidence without committing oneself to the belief that life has arisen by an unguided materialistic evolutionary process.”

A literal reading of the Bible, according to Lennox, gives scientific insight into how the world was created and how the universe works. According to him, science is only just catching up with the brilliance of God’s word, written down in the Bible several thousand years ago.

Some passages in “Seven Days That Divide The World” show how a literal reading of the Bible can have immensely harmful effects. Contrary to what the author states: he makes it clear that he is anti-divorce, further emphasizing that any marriage would always consist of a man and a woman.

Lennox goes out of his way to repeatedly state that he is a scientist who is to be taken seriously. He says he believes in science, but his argumentation is flawed: he does not believe in evolutionary theory, a scientific fundamental that no serious scientist would doubt.

For a more scientific look at human evolution, why not read Yuval Noah Harari’s “Sapiens”?

John Carson Lennox is a Northern Irish mathematician and Christian apologist. He holds a Doctor of Science degree in mathematics from Cardiff University, a Doctor of Philosophy degree from the University of Oxford and... (Read more)