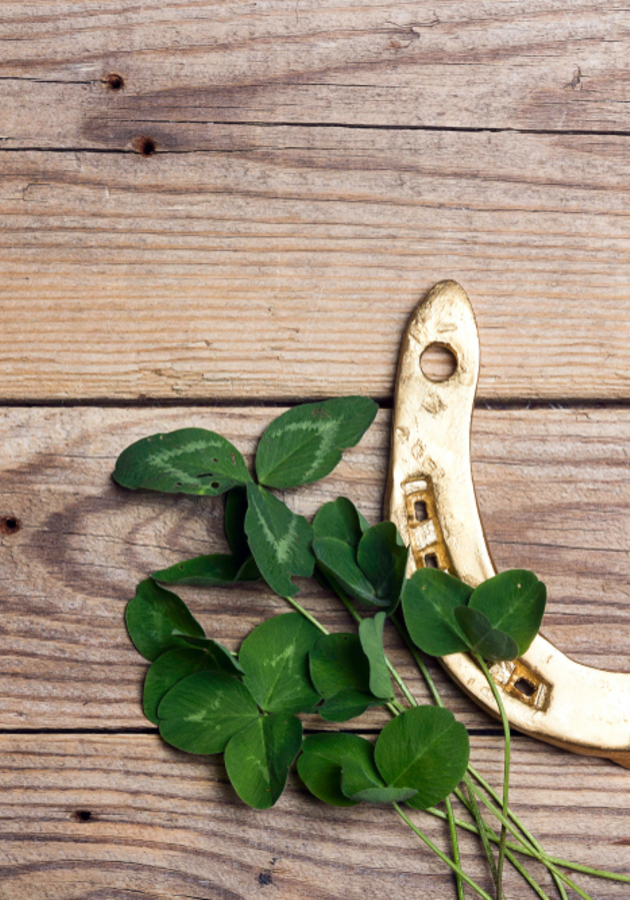 This microbook is a summary/original review based on the book: Saint Patrick Retold: The Legend and History of Ireland’s Patron Saint

St. Patrick’s Day is celebrated around the world on March 17 every year. St. Patrick is the patron saint of Ireland, and yet, we know extraordinarily little about him. And, as Roy Flechner now suggests, the little we know might not even be accurate! By reexamining the sources in their historical context, Flechner has managed to draw some thrilling conclusions concerning the gaps in our knowledge of St. Patrick. Get ready to learn who St. Patrick really was.

The life of St. Patrick

The accepted narrative surrounding Patrick’s life revolves around a few key events. Around A.D. 389 Patrick was born in a village in southwest Britain (present-day England) as the son of a decurion (a landowner responsible for collecting taxes).

At the age of 16, Patrick was then abducted by Irish freebooters and held captive in Ireland for six years. Somehow, he managed to escape via Gaul (present-day France), and eventually returned to Britain. Upon his return, he had a vision telling him to become a missionary and to go back to Ireland.

He did, eventually being consecrated a bishop before he even started his missionary work, and then spending the rest of his life converting the Irish people to the Christian faith. Patrick is not only unique in spreading Christianity around Ireland, but also in the fact that he managed to form a link between the Roman Empire and the Irish island.

Somehow, Patrick managed to straddle late-Roman Britain and late-Iron Age Ireland. It was no small feat, as the author writes, that Patrick managed to build “an important bridge connecting the late antique culture of the empire, with its sophisticated political, social, and intellectual attributes, to the more rural- and kin-based society of Ireland.”

How do we know all this about Patrick? There are only two surviving sources, both written by himself: the “Confessio” and “The Letter to the Soldiers of Coroticus.” But there are also some other contemporary accounts of his life.

Later, in medieval times, Patrick became the subject of mythmaking in the form of hagiographies (reverential biographies of saints’ lives). So it can be difficult to differentiate between the historical Patrick and the Patrick of legend. The scarcity of sources on Patrick’s life is shown in how little we actually know about important aspects of his personal life: When exactly was he born and when did he die? Where is he buried? Was he married? Did he have children?

Probably the most important sources on Patrick’s life are the writings he himself composed. The “Confessio” was written toward the end of his life and seems to have been written in response to some accusations brought against him.

From the “Confessio,” we learn about his place of birth and that his father Calpornius was a deacon as well as a decurion. Therefore, Patrick not only grew up with a Roman education, but also a Christian one. The “Confessio” also mentions Patrick’s capture and his escape after six years. He also mentions that his time in captivity strengthened his Christian faith.

The “Confessio” further mentions a vision Patrick had, urging him to go back to Ireland. He goes on to describe his baptism of thousands, including nobles and kings, and the hardships he endured, such as the taking away of his property (which would later be restored to him). Patrick also mentions that on a return to Britain later in life, he was put on trial for a crime he committed when he was 15. What this crime was, or if he was convicted, is lost in history.

Some parts of the text are questionable, such as how a slave could have managed to escape from Ireland unhurt, especially if, according to Patrick, he did actually cross the entire country from the west to the east coast in the process. The author suggests that in writing the “Confessio,” Patrick was writing in the tradition of classical rhetoric, which would have formed part of his Roman education.

This means his account should be taken with a grain of salt. One favored method of classical rhetorics was that of argumentum, meaning that an account can contain falsehoods as long as these serve a good and higher cause.

The second piece of writing that survived from Patrick’s own hand is “The Letter to the Soldiers of Coroticus.” The letter is to the British tyrant Coroticus, who came over to Ireland and imprisoned and killed many of Patrick’s converted flock. Patrick was enraged about this and demanded the return of the remaining captives. He also threatened to excommunicate Coroticus and his men if they did not comply.

Again, this letter cannot be taken at face value. The author alleges that the narrative is “defensive, apologetic, replete with rhetorical tropes, employing evasive language, and deliberately obfuscating uncomfortable truths.” It would be wrong, though, to conclude that Patrick was deliberately dishonest. His aim in writing was not accuracy or comprehensiveness; rather, he wrote his texts to cater to specific audiences.

While Patrick’s writings provide an important source on his life, there are several controversies surrounding the standard narrative that modern readers have come to accept. One of these controversies surround Patrick’s alleged captivity in Ireland when he was still a teenager. These were his most formative years as he became a devout Christian during the time, and these were also the years that convinced him to return as a missionary later in life. But was he really a prisoner and slave in Ireland, as he alleged?

First, it would have been unlikely that Patrick could have traversed the entire Irish island as an escaped slave and made it home safely. Ireland, at the time, was a kin-based society, and a man traveling by himself would have quickly caught attention. He would also have lacked a legal status as a slave, so if he had encountered someone on his journey, they would have been free to do with him whatever they liked.

It is also suspicious that Patrick claims he made his escape after six years. According to biblical law (which Irish law was based on at the time), a slave would be allowed to walk free after six years. Looking at the story from this perspective, it seems that Patrick tried to have the law on his side, whether the Irish or the Roman version. Contemporaries of his actually accused him of having gone to Ireland to enrich himself – and it seems likely that this was actually the case.

Patrick left Britain shortly before he came of age; shortly before the time he would have been made a decurion. At the time, collecting taxes was an unrewarding and dangerous business, and it is likely that Patrick decided to escape such a fate and instead went to Ireland to make his fortune there.

From other accounts, it is clear that Patrick was a rich man later in life and used his money for his missionary work, but it is unclear how he amassed his fortune. By claiming that he had been abducted to Ireland, Patrick would then have been able to claim postliminium and would have been reinstated as a Roman citizen.

Many of the miracles attributed to St. Patrick - and, indeed, his status as a saint - were added decades after his death in the Middle Ages. The first veneration of St. Patrick in Irish sources occurred in the seventh century. He was mentioned in the context of the “Easter Controversy” at the time, which surrounded a debate of when exactly the date of Easter should be. St. Patrick was cited in one of the sources as having introduced Easter in Ireland and is called “our bishop” by the author.

Around the same time, the first hagiographies on St. Patrick appeared by Muirchú and Tírechán. Particularly Muirchú’s “Life of Patrick” is interesting as it mentions the story of how Patrick introduced Easter in Ireland. According to the hagiography, this involved a battle between Patrick and the high king of Ireland and his druids. As the story goes, Patrick managed to defeat his enemies and convert the king to Christianity with the help of God.

Later texts from around the 13th century show that by this time, the cult of St. Patrick had established deep roots in England. Three contemporary texts mention the miracle St. Patrick is most famous for: banning all venomous reptiles from Ireland. These texts were the “Topographia Hiberniae” by Gerald, “Life of Patrick” by Jocelyn, and an anonymous fragmentary “Life of Patrick.” While some authors, including Gerald, were mildly skeptical about whether Patrick actually banned the reptiles, Jocelyn’s account is very definite on this.

According to Jocelyn, Patrick managed to rid Ireland of a threefold plague: poisonous creatures, demons, and magicians. According to the legend, St. Patrick, with the help of some angels, managed to gather all poisonous reptiles on a high promontory above the ocean. Then, with the power of his word, he drove them from the island into the ocean.

One place that is popular as a point of pilgrimage even nowadays was first mentioned centuries after Patrick’s death in a story. That is the story of St. Patrick’s Purgatory. According to a 12th century account, Christ appeared to Patrick in a vision and showed him one of the entrances to purgatory, a cave on Station Island in County Donegal. According to legend, spending one day and one night in the purgatory cave would rid one of all sins.

To this day, Saint Patrick’s Purgatory is still a popular place of pilgrimage. St. Patrick’s Day, on March 17, was also first celebrated in medieval times and is now a popular holiday around the world. It became an official public holiday in Ireland in 1903, and the first St. Patrick’s Day parade was held in 1915.

St. Patrick, the patron saint of Ireland, was never formally canonized but still retains much of his relevance today. A recent Taoiseach of Ireland called St. Patrick the patron saint of immigrants, as he had been an immigrant to Ireland from Roman Britain. He did this in his St. Patrick’s Day speech in the presence of the then-U.S. President Donald Trump, to silently voice his protest of Trump’s immigration policies.

It can be difficult to distinguish between the Patrick of history and the Patrick of legend. The historical Patrick was certainly a character of contrasts: leading a life as a pious Christian missionary, but similarly lying about his years in captivity in order to protect himself.

Either way, St. Patrick left a lasting imprint on Irish history and Christianity: his memory is still celebrated around the world every single year on March 17: St. Patrick’s Day.

Why not read another book on the life of St. Patrick, such as J. B. Bury’s “St Patrick: The Life and World of Ireland’s Saint.”

Roy Flechner is a lecturer in early medieval history at University College Dublin. He is also coordinating editor of the journal “Early Medieval Europe.” He previously taugh... (Read more)